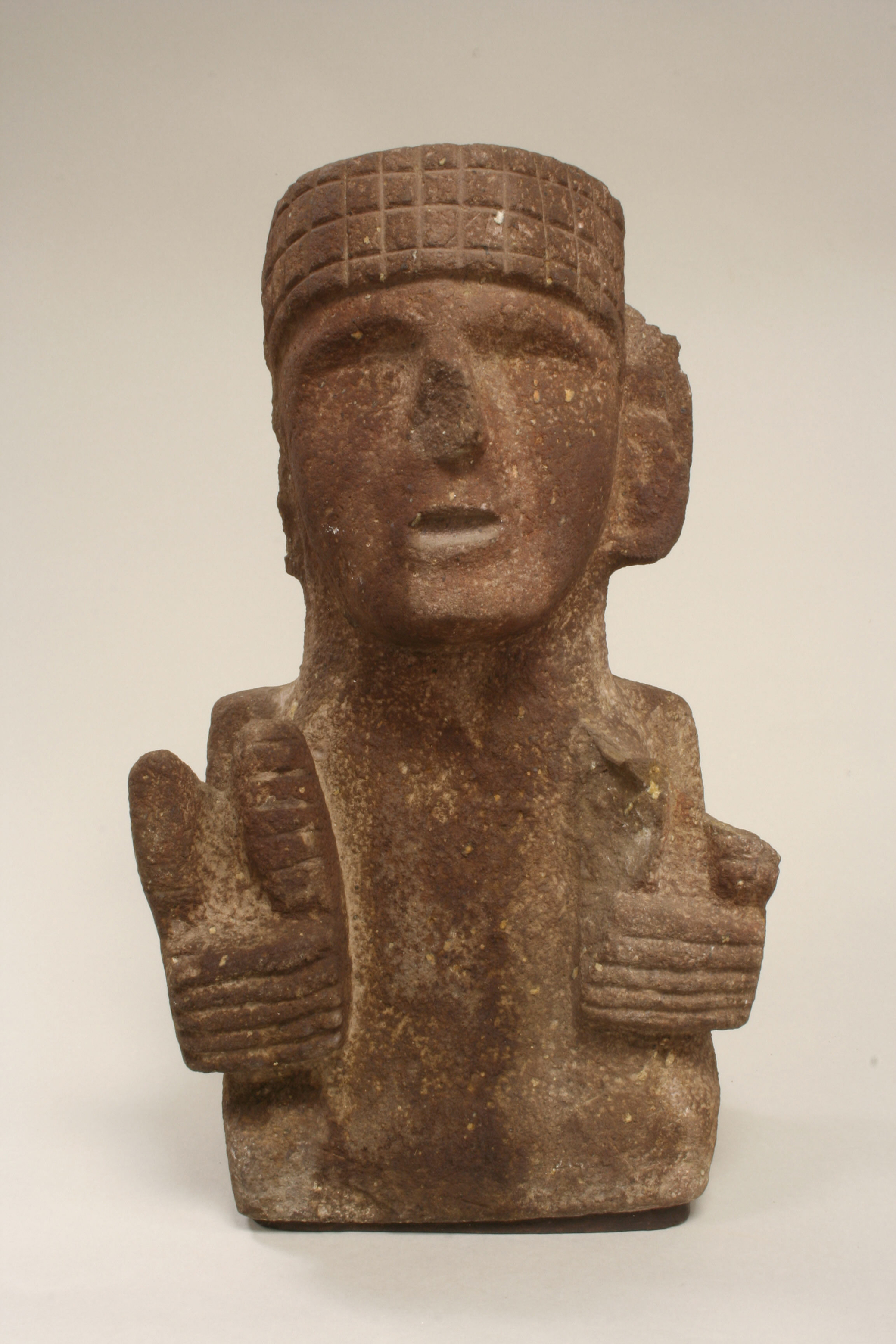 The creation of New Spain was a protracted process that generated new forms of social, political, economic, and religious institutions and relations, all with global consequences. Colonial studies grapple with the notion of hybridity as a way of characterizing the merging of different cultural traditions in a context of disparate power relations and the ability of the colonized to resist or set the terms for new forms of cultural creation. A shortcoming with the term hybrid is that the deeper in time one looks, the clearer it becomes that all of human history involved some level of hybridity. Our species regenerates culture through interaction and accepting, rejecting, or modifying the existing culture around us. Just as sixteenth-century Castilians combined legal intuitions of Roman Hispania and mudéjar architecture of Islamic Al-Andalus, sixteenth-century Aztecs combined Olmec and Maya artistic traditions from lowland Mesoamerica with Teotihuacano urban planning and neo-Toltec architecture from their direct predecessors in highland Mesoamerica. All culture is therefore composite, but in the context of colonial encounters, terms like hybridity can productively encapsulate the qualities and creative actions that accentuate instances of cultural adaptation within a newly established colonial hierarchy. Out of the conquests that followed the Spanish-Mexica war, New Spain was created, a hybridization of cultural traits that had evolved over millennia on different sides of the Atlantic.

Changes in practices of agriculture and consumption—from basic subsistence to symbolic marking of one’s identity through diet—were profound with the Columbian exchange. Like the Caribbean, lowland Mesoamerica’s environment was hostile to many Mediterranean crops, but these were more successfully cultivated in the semiarid highlands of the former Aztec core and regions to the north. Lowland regions saw the introduction of tropical plantation crops, including in the Soconusco, where cacao production continued for local and export markets and was joined by fields of sugarcane, bananas, rice, and coffee. Spaniards and Mesoamericans both favored the foods they knew but also integrated novel ones into their diets. The Spaniards planted wheat for baking bread, but local production of the wine and oil of the Mediterranean diet lagged because grapes and olives did not fare as well. Mesoamericans preferred maize as their primary grain and were also deprived of the second most important pre-Hispanic highland grain when the Spanish suppressed the cultivation of amaranth on the grounds that the Aztecs also used it ceremonially in rituals to their gods and ancestors. This included rituals of consumption of amaranth seeds held together by honey, today called alegrías but previously formed into figures of Huitzilopochtli and other deities or family ancestors—this last akin to the sugar skulls made today during Day of the Dead.

When pigs arrived to New Spain from the Caribbean, they were embraced as a source of meat by Mesoamericans to the point that the rapidly multiplying swine population of Mexico City necessitated the passage of an ordinance to keep the streets free of them. Yet pigs were merely an inconvenience compared with the considerable impacts that new grazing animals had on the Mesoamerican landscape. Although pasturing animals was new to Mesoamericans, they had for millennia supplemented growing crops with tending to lacustrine resources and by cultivating maguey—called the “green cow” of Mexico, as it requires daily extraction of its milklike sap and also provides secondary products in fiber and cloth (ixtle). Through their cabildo, the Tlaxcalteca petitioned the Crown to stop the encroachment of Spanish settlers passing cattle through their lands, whereas the north of the province was becoming crowded with sheep, as shepherding was much more embraced by Nahua, Otomi, and mestizo populations. Early in the colonial period, Mesoamericans were not interested in herding cattle, though Spanish ranchers did in places like Ixtacamaxtitlan, which became an early center of cheese production. For Native populations, sheep offered a more manageable animal, with wool that could be spun using traditional techniques and fashioned into hybrid Native-Spanish garments. Large textile plants (obrajes) manufacturing wool cloth soon sprung up in the Tlaxcalan town of Apizaco and elsewhere near good pasture. A major difference in the behavior of the newly introduced grazing ungulates was that, whereas cattle mostly posed a nuisance by trampling fields and eating ears of maize off the stalk, unregulated sheep could strip the grass cover that kept the relatively thin soils of more arid regions of the highlands in place. The result was large-scale soil erosion in areas such as the Mezquital Valley, north of the Mexico Basin. Overgrazing sheep may have also contributed to erosion in northern Tlaxcala, but an alternative explanation is that it was caused by soil-conserving agricultural terraces falling into disuse as a result of population decline and the pursuit of new niches within the economy.

Massive population decline is documented through multiple lines of evidence, especially Native and Spanish texts, archaeological settlement surveys, and paleopathology. Disease was clearly the major culprit, but the exact pathogens involved and the increased death toll caused by exploitative labor, quality of life under the encomienda, or an apparent prolonged drought in the mid-sixteenth century are issues that require more investigation. The conquistador Bernardino Vázquez de Tapia estimated 25 percent of the Native population died in 1520 because of the first major epidemic that swept through Mesoamerica. Two other major epidemics, referred to as cocolitzli (“the pest”) in Nahuatl, struck in 1545 and 1576. Historical figures from Tlaxcala suggest the population declined by half during the mid-sixteenth century, from approximately 500,000 to 250,000, and that the decline reached between 80 and 90 percent by the 1630s. Based on systematic archaeological survey of surface architecture in the Mexico Basin, the Late Postclassic period apogee of 1.6 million occupants in 1519 was reduced to 250,000 by the early seventeenth century—a similar decline of 84 percent. The Otumba subregion seems even harder hit, with only between 6 and 9 percent of its 1519 population surviving. Peripheral areas were also heavily impacted, with the population of the northern Yucatan declining to 60 to 80 percent of its contact-era figure of almost one million, and the Soconusco region declining from a peak of close to eighty thousand to between 5 and 10 percent of this value in the early seventeenth century. 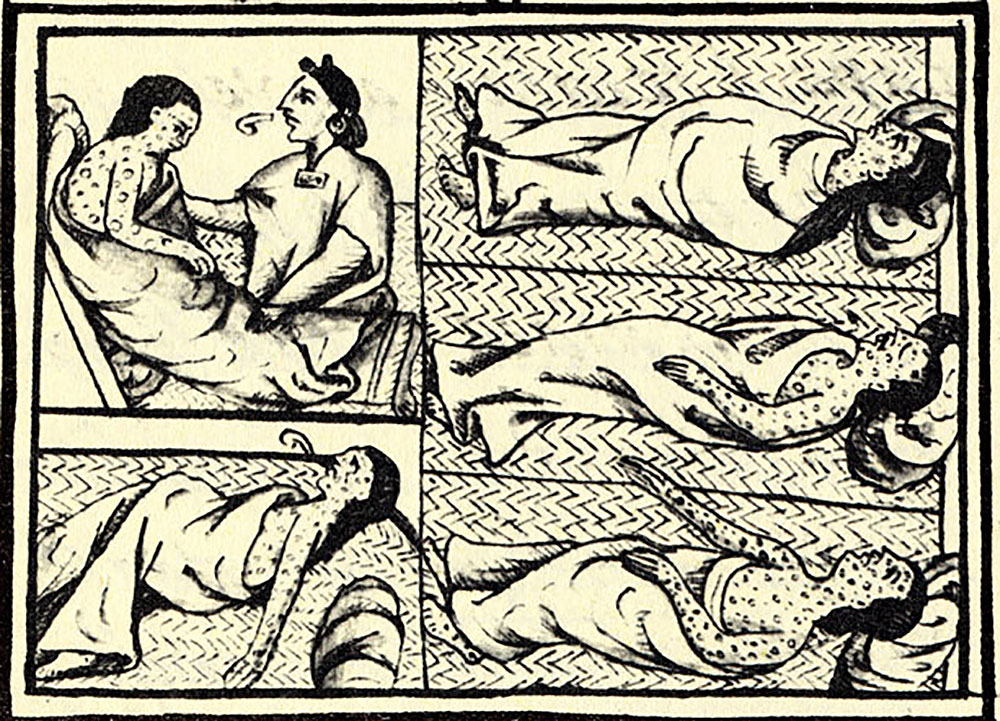 What exact pathogens were involved—smallpox, salmonella, plague, measles, typhus, or others—and which may have originated in the Americas rather than in Afro-Eurasia, perhaps a strain of syphilis, will be clarified through future studies. More research is also needed to better understand the differential impacts of mosquito-borne illnesses that evolved in Afro-Eurasia, such as malaria, which current genetic evidence suggests arrived with the transatlantic slave trade in a least two different waves corresponding to Spanish and Portuguese colonialism, and how these may have resulted in greater population decline in lowland environments relative to highland ones. Whatever the resolution to these issues proves to be, it is clear that disease-based demographic decline had dire consequences for the Native population. Without it, we may ask if the colonial transition from Mesoamerica to New Spain would have looked more like European colonial endeavors in Asia, such as British India or French Indochina, rather than the more prolonged territorial control of Spanish America.

The response of the viceroyalty to the massive decline in Native populations of the mid-sixteenth century was to forcibly resettle people so as to congregate them into denser towns and villages like those that existed in Europe—a policy called congregación. This sort of European settlement pattern, featuring nucleated and typically walled urban centers with largely vacant fields surrounding them, was the product of centuries of total war in which walking great distances to one’s agricultural fields was the price people paid for defense. Pre-Hispanic Mesoamerican patterns of warfare and land tenure had developed a more dispersed settlement distribution, except in certain large cities like Teotihuacan and Tenochtitlan. In many regions, such as in the Yucatán, congregación had the negative consequences of leaving many farmers distant from their agricultural fields and fracturing existing social networks. In a document drafted in 1560 by the Cabildo of Tlaxcala, council members registered their displeasure at congregación by raising practical concerns of distant fields going fallow and who was going to shoulder the burden of building new houses in the more concentrated settlements. The petition also includes a nice inventory of crops and animals of the mid-sixteenth century, listing a mix of Mesoamerican domesticates such as maize, maguey, nopal, sweet potato, sapote fruit, chayote squash, chia, and turkey, and European peach, quince, sheep, and pigs. Mesoamericans pursued varied strategies in navigating these new agricultural and dietary regimes, as well as the broader political economy of New Spain and the newly introduced religion that framed worldview, rhetoric, and socialization in new ways.

From Collision of Worlds: A Deep History of the Fall of Aztec Mexico and the Forging of New Spain by David Carballo. Copyright © 2020 by David Carballo and published by Oxford University Press. All rights reserved. David M. Carballo is an associate professor of archaeology, anthropology, and Latin American studies at Boston University. His books include Collision of Worlds: A Deep History of the Fall of Aztec Mexico and the Forging of New Spain and Urbanization and Religion in Ancient Central America.