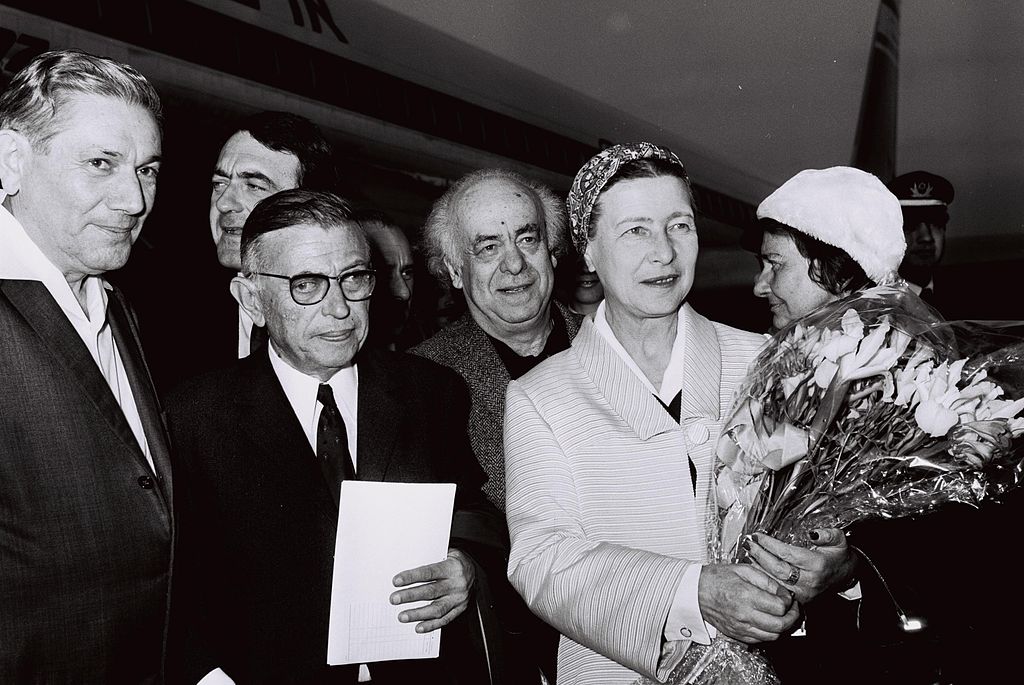 • A linguist begs us not to let “bigly” become a thing. (UPenn Language Log)

• Hiking with Simone de Beauvoir: “Since the publication of Cheryl Strayed’s ‘Wild’ or even Robyn Davidson’s ‘Tracks,’ it has become commonplace to see the solo excursion in the wilderness as a possible experience of feminine catharsis. Beauvoir abhorred sentimentalism in her writing and seemed constitutionally incapable of contriving a sudden epiphany after cresting a peak, but it turns out that in addition to all of her philosophical contributions she is a forgotten pioneer of this genre of memoir.” (New York Times)

• Samuel Beckett wins the Nobel prize, is unenthused: “He was on holiday in Tunisia with his wife Suzanne when his publisher sent a telegram: ‘In spite of everything they have given you the Nobel prize.’ Writing to his lover Barbara Bray a week later, Beckett’s response to his laureateship couldn’t be less effusive: ‘Here things are pretty awful and little hope of improvement.’” (The Guardian)

• The New York City of the future, fifty years ago. (Atlas Obscura)

• CIA, patron of abstract art: “In 1968, notorious art collector Vincent Melzac—who was also a catfish farm owner, salon chain magnate, Arabian race horse breeder, and former Corcoran Gallery chief—loaned a series of abstract paintings to the CIA. All were by artists affiliated with the Washington Color School, a post-war movement based in DC, known for their stripes, polka dots, and color fields on canvas. In 1988, the agency purchased 11 of these paintings from Melzac. Eighteen more paintings were loaned in 2000 and then returned to the Melzac Estate last year. The original 11 paintings still hang on the walls of the agency’s headquarters, ‘represent[ing] an elemental approach to art [and] a swashbuckling donor,’ according to a brief blurb on the agency’s website. What these paintings represent about the CIA’s relationship to the art world, though, is more complicated. On these walls, the intersection between US art and politics is especially busy.” (Hyperallergic)

• The wild neoclassicism of Trump Tower. (Even)