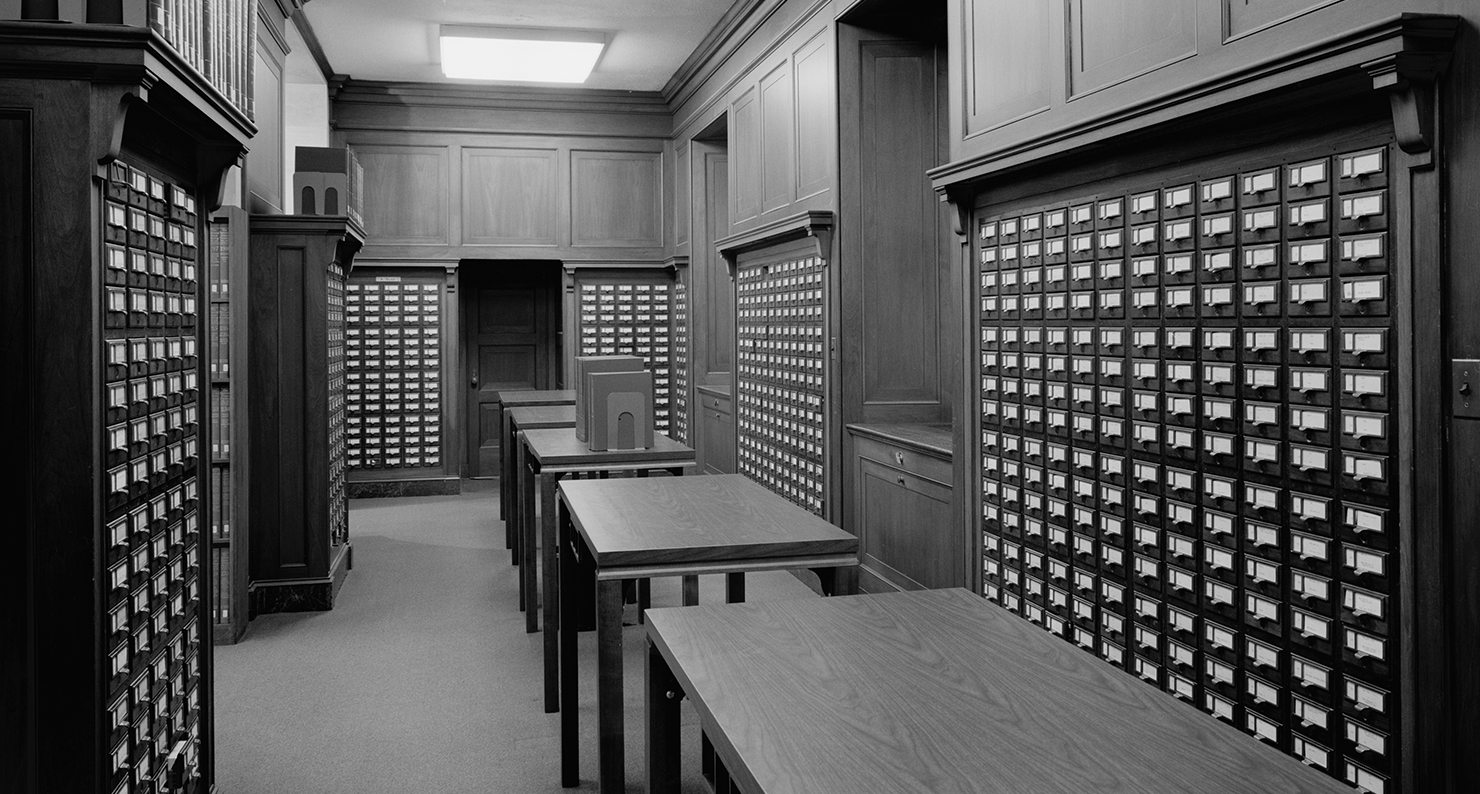 Imagine a world without organized information. The possibility conjures to mind a Borgesian vision of books stacked in unmanageable piles, a dusty tidal wave of knowledge threatening to engulf the unwary. And yet, prior to the mechanization of printing in the fifteenth century, no such system existed. The 700,000 unwieldy twelve-foot scrolls housed in the ancient library at Alexandria did not allow for internal organization beyond the inclusion of slips of paper denoting the title and author. Nor did medieval scriptoria, prodigiously productive in the creation of manuscripts though they could be, require or afford any uniform method of sorting through the laboriously copied information. In such circumstances, page numbers and even contents were liable to change based on the individual producing the text.

It wasn’t until books were mass produced, a process already underway by the time Johannes Gutenberg introduced his printing press in 1458, that the requirement for a formal record achieved nearly ubiquitous status. Suddenly, the range of human experience, from Plato to property transfers, could be distributed quickly and cheaply. With the rise of the book, the back-of-book index—which first appeared in a 1467 version of St. Augustine’s On the Art of Preaching—became crucial in the ordering of human understanding. And thus the indexer—organizing ideas, choosing themes, restringing plots—was born. The possibility of generating identical copies of the same work, and the explosion of works being produced, meant that the index, along with the table of contents and title page, was necessary for the scholar laboring under an increasingly heavy weight of material.

User-friendliness quickly became so crucial to the absorption of information that in the centuries following the development of the printing press, the index threatened to usurp the book itself. In 1701, this phenomenon prompted Jonathan Swift to muse that “The most accomplished way of using books at present is twofold: either, first, to serve them as men do lords—learn their titles exactly and then brag of their acquaintance; or, secondly, which is...the profounder and politer method, to get a thorough insight into the index, by which the whole book is governed and turned, like fishes by the tail.”

Two hundred years later, the future of the profession was assured enough for Mary Petherbridge, a London librarian and author of The Technique of Indexing, to state, with a caveat, that the future of the indexer was bright: “Indexing is not an easy profession, but it is an interesting one...Indexing posts—some of them very well paid—are increasing yearly.” Indexing was a rare example of a profession considered suitable for women at the turn of the twentieth century.

Although the future of indexing is subject to the same hand-wringing as the rest of the publishing industry, the profession is thriving in its own quiet way. Even if the image of the indexer laboriously noting references and page numbers on index cards has been supplanted by that of the modern and technologically savvy indexer creating indexes in Word, the community of indexers—a profession as isolated as any in the realm of publishing—remains resilient against the pressures of fragmentation. Formal indexing communities have existed, with interruptions, since 1877; the aptly named Society of Indexers continues to produce its own publication, The Indexer, chronicling the lighter side of modern information retrieval. Under-appreciated by the general public, indexers can gather in the safety of their professional enclaves and congratulate each other on their particular kind of poetry. The H.W. Wilson award, given out annually since 1979 by the American Society of Indexers for indexing excellence, describes winning examples not only as comprehensive and informative, but also “lovable,” “evocative,” and “elegant.”

The power of the index was twofold. Not only was it a microcosm of a more protracted body of knowledge, but it could also be intensely political. With the formalization of the profession in the eighteenth century, an author’s choice of indexer required a discerning judge of human nature. One nineteenth century writer warned of books “whose indexes, compiled by unscrupulous enemies, have been their ruin.” Although an index considered ‘good’ by the standards of the profession could never express any overtly political bent, a shadow of authorship is inevitably cast. In the same way that modern search engines filter content, the index shows that the organization of information, no matter how straightforward, is never neutral. Information retrieval may not change the content of the information sought, but it certainly affects how that information is viewed, shifting physical and psychological perceptions.

Ultimately, the idea that it is possible to look at a list—whether that list be printed on a page or displayed on a screen—and see the whole of knowledge contained therein, is a seductive one. After all, an incomprehensible wealth of information made seemingly comprehensible—is that not all we ourselves are? “The world is a great volume,” preached a sermon from 1626, “and man the Index of that Booke; Even in the body of man, you may turn to the whole world.”

Moira Donovan is a former editorial intern for Lapham’s Quarterly.