The Quarterly is one of more than three hundred news outlets from around the world participating in Covering Climate Now, a project cofounded by CJR and The Nation and aimed at strengthening the media’s focus on the climate crisis.

To mark the beginning of a week’s worth of climate coverage, in the lead-up to the United Nations Climate Action Summit in New York on September 23, we’re sharing a preview of the new issue: Climate Change Goes to Hollywood, a chart that helps you find out which cli-fi disaster movie you’re trapped in. 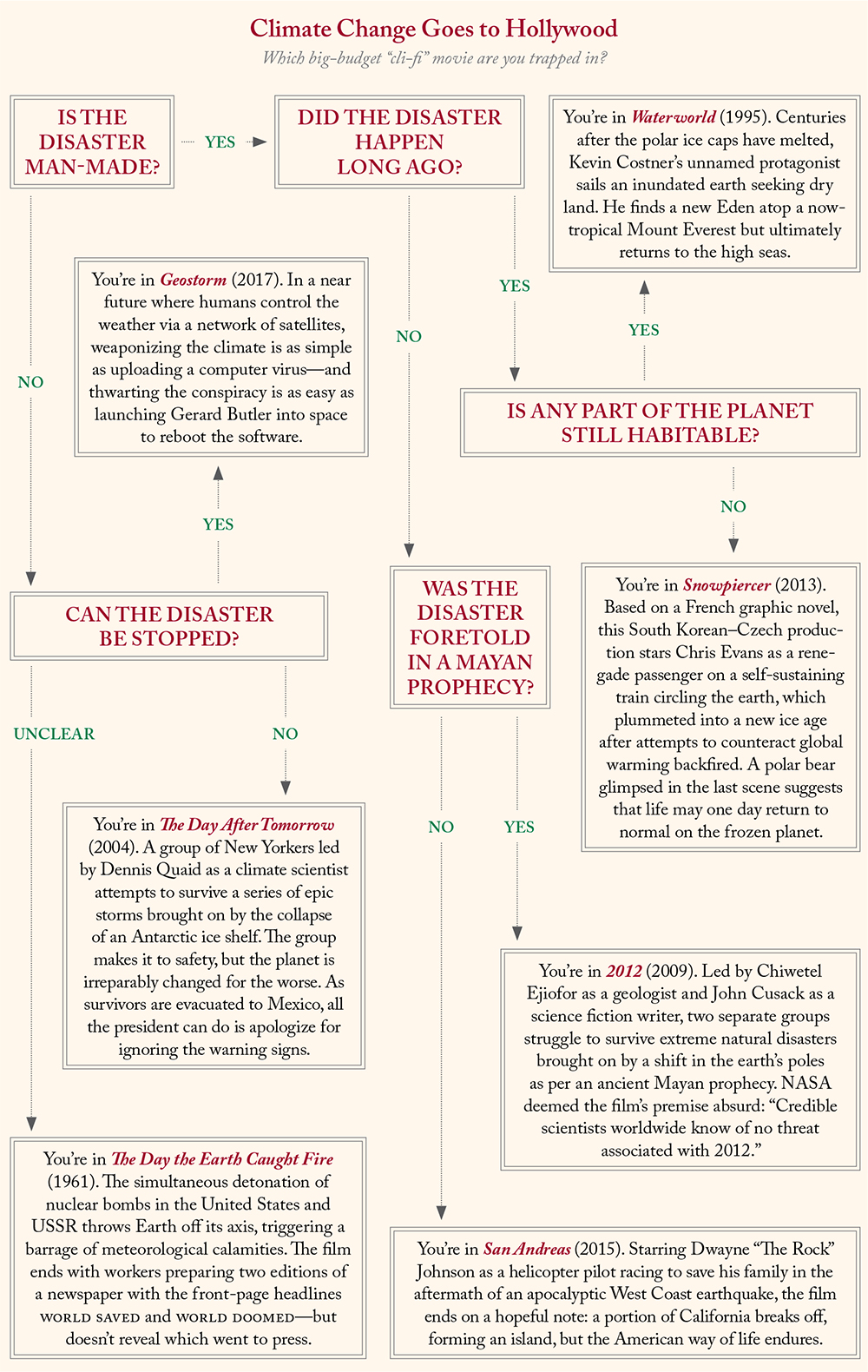