The rain flashed across the midnight window with a myriad of feet. There was a groan in outer darkness, the voice of all nameless dreads. The nervous candle flame shuddered by my bedside. The groaning rose to a shriek, and the little flame jumped in a panic and nearly left its white column. Out of the corners of the room swarmed the released shadows. Black specters danced in ecstasy over my bed. I love fresh air, but I cannot allow it to slay the shining and delicate body of my little friend the candle flame, the comrade who ventures with me into the solitudes beyond midnight. I shut the window.

They talk of the candlepower of an electric bulb. What do they mean? It cannot have the faintest glimmer of the real power of my candle. It would be as right to express, in the same inverted and foolish comparison, the worth of “those delicate sisters, the Pleiades.” That pinch of stardust, the Pleiades, exquisitely remote in deepest night, in the profound where light all but fails, has not the power of a sulfur match; yet still apprehensive to the mind though tremulous on the limit of vision, and sometimes even vanishing, it brings into distinction those distant and difficult hints—hidden far behind all our verified thoughts—which we rarely properly view. I should like to know of any great arc lamp which could do that. So the starlike candle for me. No other light follows so intimately an author’s most ghostly suggestion. We sit, the candle and I, in the midst of the shades we are conquering, and sometimes look up from the lucent page to contemplate the dark hosts of the enemy with a smile before they overwhelm us; as they will, of course. Like me, the candle is mortal; it will burn out.

As the bed book itself should be a sort of night-light, to assist its illumination, coarse lamps are useless. They would douse the book. The light for such a book must accord with it. It must be, like the book, a limited, personal, mellow, and companionable glow; the solitary taper beside the only worshipper in a sanctuary. That is why nothing can compare with the intimacy of candlelight for a bed book. It is a living heart, bright and warm in central night, burning for us alone, holding the gaunt and towering shadows at bay. There the monstrous specters stand in our midnight room, the advance guard of the darkness of the world, held off by our valiant little glim, but ready to flood instantly and founder us in original gloom.

The wind moans without; ancient evils are at large and wandering in torment. The rain shrieks across the window. For a moment, for just a moment, the sentinel candle is shaken, and burns blue with terror. The shadows leap out instantly. The little flame recovers and merely looks at its foe the darkness, and back to its own place goes the old enemy of light and man. The candle for me, tiny, mortal, warm, and brave, a golden lily on a silver stem!

What a man does abroad by night requires and implies more deliberate energy than what he is encouraged to do in the sunshine.

“Almost any book does for a bed book,” a woman once said to me. I nearly replied in a hurry that almost any woman would do for a wife; but that is not the way to bring people to conviction of sin. Her idea was that the bed book is soporific, and for that reason she even advocated the reading of political speeches. That would be a dissolute act. Certainly, you would go to sleep; but in what a frame of mind! You would enter into sleep with your eyes shut. It would be like dying not only unshriven but in the act of guilt.

What book shall it shine upon? Think of Plato, or Dante, or Tolstoy, or a blue book for such an occasion! I cannot. They will not do—they are no good to me. I am not writing about you. I know those men I have named are transcendent, the greater lights. But I am bound to confess at times they bore me. Though their feet are clay and on earth, just as ours, their stellar brows are sometimes dim in remote clouds. For my part, they are too big for bedfellows. I cannot see myself, carrying my feeble and restricted glim, following (in pajamas) the statuesque figure of the Florentine where it stalks, aloof in its garb of austere pity, the sonorous deeps of Hades. Hades! Not for me; not after midnight! Let those go who like it.

As for the Russian, vast and disquieting, I refuse to leave all, including the blankets and the pillow, to follow him into the gelid tranquility of the upper air, where even the colors are prismatic spicules of ice, to brood upon the erratic orbit of the poor mud ball below called Earth. I know it is my world also; but I cannot help that. It is too late, after a busy day and at that hour, to begin overtime on fashioning a new and better planet out of cosmic dust. By breakfast time nothing useful would have been accomplished. We should all be where we were the night before. The job is far too long, once the pillow is nicely set. 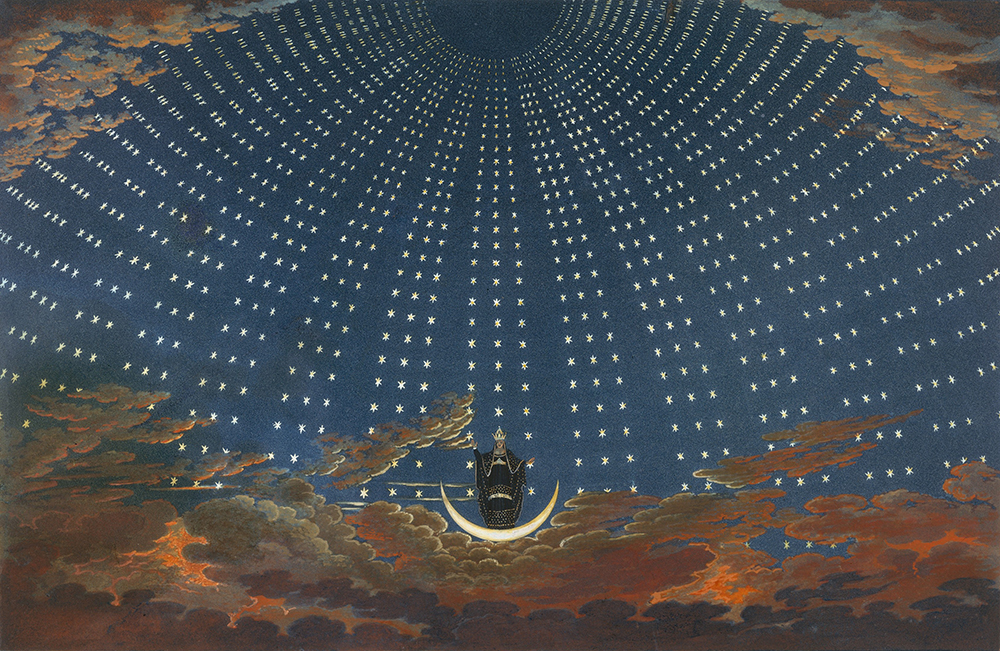 For the truth is, there are times when we are too weary to remain attentive and thankful under the improving eye, kindly but severe, of the seers. There are times when we do not wish to be any better than we are. We do not wish to be elevated and improved. At midnight, away with such books! As for the literary pundits, the high priests of the Temple of Letters, it is interesting and helpful occasionally for an acolyte to swinge them a good hard one with an incense burner and cut and run, for a change, to something outside the rubrics. Midnight is the time when one can recall, with ribald delight, the names of all the Great Works which every gentleman ought to have read but which some of us have not. For there is almost as much clotted nonsense written about literature as there is about theology.

There are few books which go with midnight, solitude, and a candle. It is much easier to say what does not please us then than what is exactly right. The book must be, anyhow, something benedictory by a sinning fellow man. Cleverness would be repellent at such an hour. Cleverness, anyhow, is the level of mediocrity today; we are all too infernally clever. The first witty and perverse paradox blows out the candle. Only the sick in mind crave cleverness, as a morbid body turns to drink. The late candle throws its beams a great distance; and its rays make transparent much that seemed massy and important. The mind at rest beside that light, when the house is asleep and the consequential affairs of the urgent world have diminished to their right proportions because we see them distantly from another and a more tranquil place in the heavens where duty, honor, witty arguments, controversial logic on great questions appear such as will leave hardly a trace of fossil in the indurated mud which presently will cover them—the mind then certainly smiles at cleverness.

For though at that hour the body may be dog-tired, the mind is white and lucid, like that of a man from whom a fever has abated. It is bare of illusions. It has a sharp focus, small and starlike, as a clear and lonely flame left burning by the altar of a shrine from which all have gone but one. A book which approaches that light in the privacy of that place must come, as it were, with honest and open pages.

From “Bed-Books and Night-Lights.” The London-born journalist was a well-known World War I correspondent and was fervently anti-war in advance of World War II. On November 9, 1918, he published an essay arguing that war “hides a world unknown.” Fifteen years later the New York Times ran an article with the headline world is darkening, tomlinson declares, quoting from a speech in which the writer called fascism a “new mystery, spreading like an eclipse over Europe, which looks like midnight for humanity.”