As a Hill Country tour guide, Cindy Luongo Cassidy offers an unusual route: no wineries or peach orchards or bucolic vistas of cedar-choked hills and cypress-lined rivers. No lavender fields or artisanal olive oil tastings. Her tour takes place at night, and its attractions are the lights of Dripping Springs—known by locals as Drippin’. How few there are. And how dim.

Her tour starts at a large commercial development anchored by an H-E-B gas station that opened in 2010. The lights on the tall poles in the parking lot are shielded, directing their glow downward into broad pools on the ground—more than bright enough for stowing groceries or spotting would-be muggers. Sheet metal installed behind fluorescent lighting in the multi-storefront awning keeps the light from reflecting off the stores’ front glass and into the eyes of drivers and pedestrians.

At the H-E-B, Cassidy points to the LED lights recessed neatly inside the canopy over the gas pumps. The station is well lit, but not glaringly so. The light is directed downward at the business of pumping gas, not out onto the highway or up into the night sky.

The painstaking “smart lighting” approach on display here is largely the result of an aggressive push, led by Cassidy, to regulate outdoor lighting in Dripping Springs. Building on an agreement struck with the developer of the center, Cassidy helped write and champion a thorough outdoor lighting ordinance that the Dripping Springs City Council passed in 2011.

In February, Dripping Springs became the first city in Texas—and only the sixth in the world—to be certified a “Dark Sky Community” by the Tucson-based International Dark-Sky Association. But the law’s reach extends only so far. Of the unbelievably bright private ball fields in unincorporated Henly, which we can see from miles away, she says, “It’s like being in the gulag.” The eighteen-acre complex, which lies beyond Dripping Springs’ jurisdiction, is called Field of Dreams Park. Neighboring farmers complain that their goats and horses can’t get any sleep because of how bright the night sky is now.

After each night we are emptier: our mysteries and our griefs have leaked away into our dreams.

Farm animals in Dripping Springs, on the other hand, rest easy, their circadian rhythms intact.

The ordinance limits the total amount of lighting—on a lumens-per-acre basis—that a residence or business can install, and requires that light be fully shielded so that it stays on the property. Fundamentally, the ordinance is built around the legal notion of trespass. If your light falls on someone else’s home or business or barn, that’s considered trespass under the Dripping Springs ordinance, and can lead to fines.

The city has committed to replacing all city-owned lighting within five years. Existing lighting is grandfathered in, but the ordinance has all sorts of “triggers”—for example: a business remodels or expands—to enforce the change to smart lighting. Bulb by bulb, fixture by fixture, Dripping Springs is turning down the lights.

The overall effect is subtle but unmistakable. The nights are still dark in Dripping Springs. Look up and you can see something most of us in Texas’ big cities and ever-expanding suburbs, exurbs, and oil patches seldom see: light from distant galaxies, planets, and suns spread across the heavens.

When I was five, I watched Halley’s comet from the pasture in front of our house in rural South Texas. The night sky was dazzling. With a pair of low-powered binoculars, we could see the tail of the comet, which approaches the earth every seventy-five years. It’s one of my earliest memories, and I grappled with what my parents told me: that they would never see Halley’s comet again, and that I might not either. But other comet watchers across the nation were disappointed with the comet’s much-hyped appearance. The main problem was that the comet was on the opposite side of the sun from the earth, but astronomers and the media also blamed light pollution, in part, for Halley’s unexpectedly poor showing. People had planned to gaze skyward, as our ancestors did, with the same sense of awe and bewilderment the ancestors had reported, and to later tell stories about the potentially once-in-a-lifetime sight. But for the first time in human history, our species’ success at conjuring light from energy—mostly fossil fuels—helped render the comet unseeable for most people.

Light pollution has only gotten worse since Halley’s last pass in 1986. Current satellite imagery depicts much of North America as a chiaroscuro of white-hot cities punctuating the shrinking rural darkness. In Texas the I-35 corridor from San Antonio through Austin, Waco, and into Dallas–Fort Worth presents itself as a string of bright-white pearls nearing a solid band of illumination.

The fracking boom of the past decade has transformed even parts of rural Texas with sky glow visible from space. The Eagle Ford Shale, which stretches from Laredo northeast into East Texas and includes the area where I watched Halley’s comet as a child, shows up on satellite maps as a bright band—the image of a drilling frenzy attended by flaring and widespread use of intensely bright lights on rigs and infrastructure. Even at ground level, the region’s transformation is startling. What used to be dark expanses of farms and ranches and itty-bitty towns are now lit up in spots like a Broadway show. 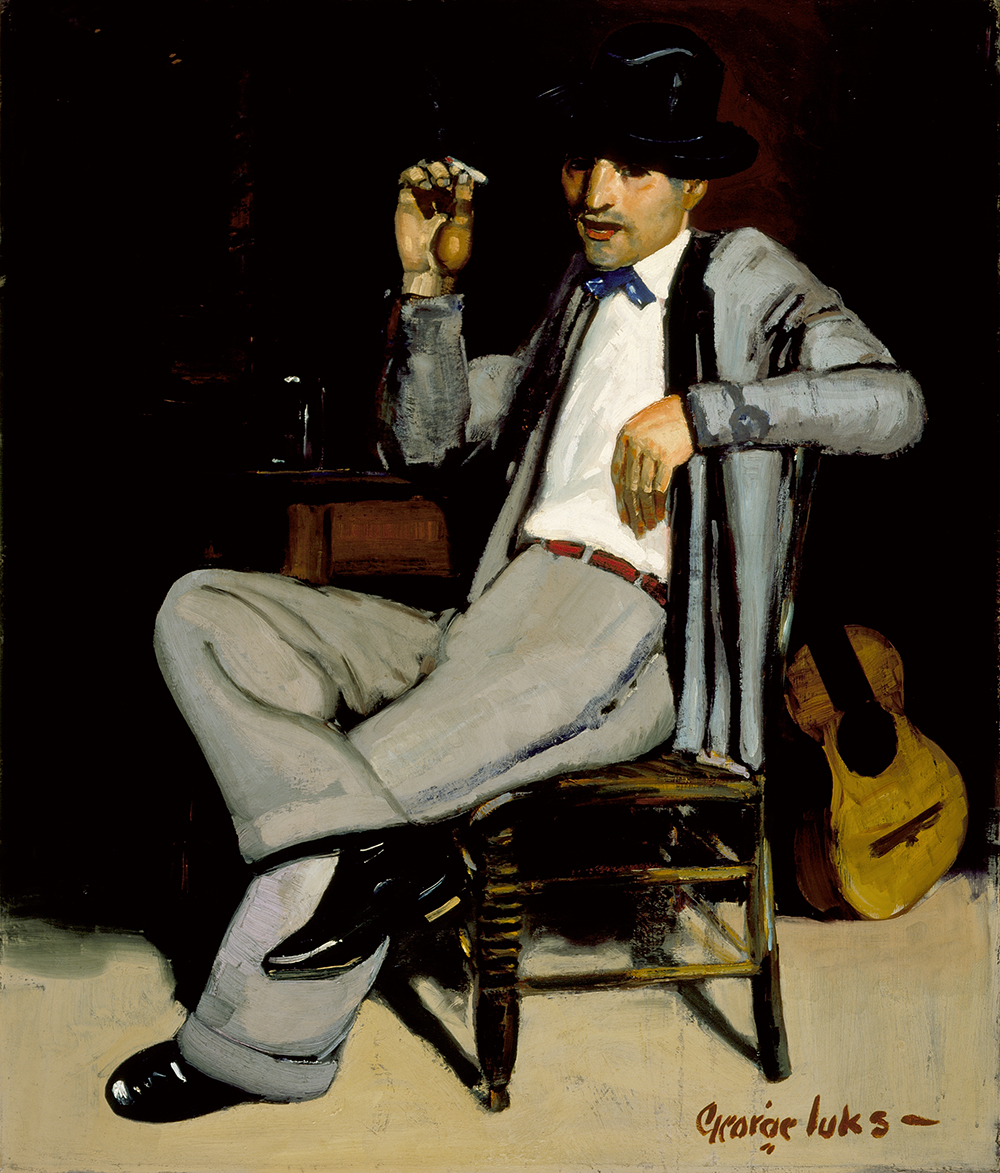 Another oil and gas boom, in West Texas’ Permian Basin, is now threatening the state’s last bastion of dark skies: the far West Texas and Big Bend regions, which boast skies so brilliantly starry they’ve become the standard by which Texas skies are measured. Two out of three Americans can’t see the Milky Way from where they live; out around Fort Davis, it’s so luminous as to be intimidating.

Nobody knows more about that than Bill Wren, a special assistant to the superintendent of McDonald Observatory in Fort Davis and Texas’ foremost authority on dark skies. Wren and I met over migas one morning at a South Austin taqueria. He’d been on the road for two weeks, traveling with his cat, trying to convince the oil and gas industry to use less intrusive lighting. Earlier that week he’d been climbing around a rig south of San Antonio, showing the crew how shielding and directing their work lights could improve visibility and safety.

In 1990, Wren—then an amateur astronomer with a part-time gig tutoring at the University of Texas at Austin—landed a job at the McDonald Observatory. During his second month on the job, his boss tasked him with attending a meeting of the recently formed International Dark-Sky Association.

“I went to that meeting and­—forgive the pun—the light went on over my head,” he says. “We can light our city streets well, we can light our property well, and protect the night sky in the process. It’s not a conflict. That realization just got my enthusiasm going, and it’s been part of my job responsibilities ever since to keep the skies dark for McDonald. Right now I’m failing miserably as far as oil and gas activity goes.”

Wren shows me photographs on his computer of the night skies around McDonald—one from 2001 and one taken recently. The first is a time-lapse series of a stunning aurora display playing out in the kind of night sky that’s known to bring people, seeing it for the first time, to tears.

The second image, taken within the last year, is of a typical sky scene. It is captivating even on a fourteen-inch laptop screen, but a dull glow shows along the horizon to the east, like a car’s high beams behind the crest of a hill. That’s oil and gas activity advancing on the observatory—a potentially mortal threat to the nation’s largest optical telescope, which happens to be located in the middle of the nation’s largest dark-sky preserve.

The seven counties surrounding McDonald Observatory, encompassing more than 28,000 square miles, are subject to mandatory outdoor lighting rules enabled by the Texas legislature in 2011. But Wren, who pushed for the legislation, says enforcement is virtually nonexistent, especially when it comes to oil and gas facilities. “I’d say their enthusiasm is underwhelming,” Wren says of most county officials. 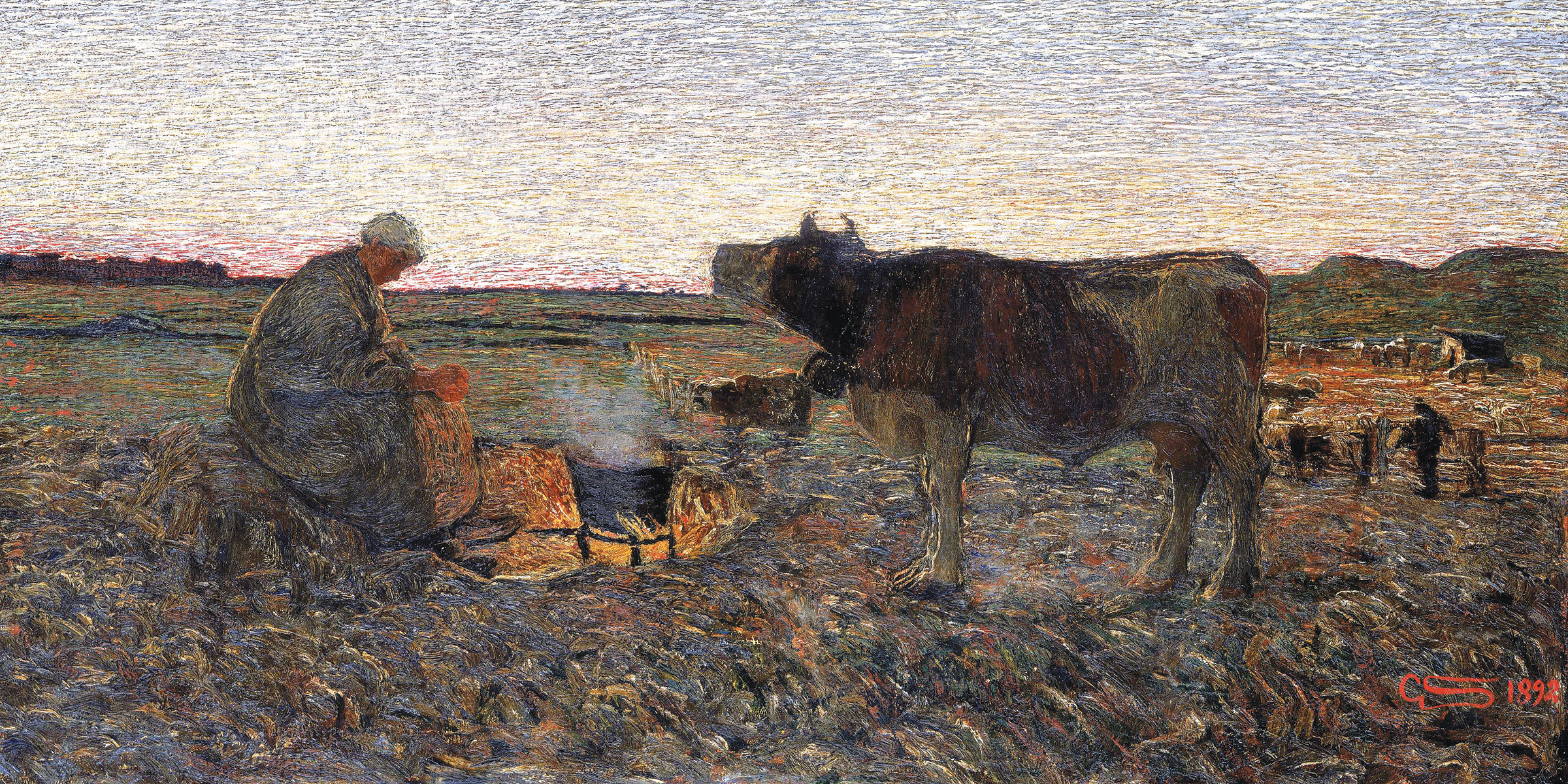 Wren hears one question a lot: Why do we need to see the stars? The ability to see our more immediate surroundings at night, after all, represents one of the signal triumphs of civilization. For millennia we stumbled in the dark, spooked by apparitions and spirits, cocking our ears fearfully toward the keening of animals that could kill us. Night light represents modernity and the comforts of urban life. Who doesn’t marvel at the lights of Paris or take pride in the twinkling skyline of New York City? I always get a thrill driving back from Big Bend—after sleeping out beneath the stars beside the Rio Grande—when I near Austin and see its welcoming glow.

Wren has a well-rehearsed answer.

“Who cares? Good question. This might be kind of clichéd, but if Van Gogh were alive today, would he be inspired to paint Starry Night again? In Saint-Rémy, France?” He cues up a light map of France, pinpointing Saint-Rémy in an area with plenty of light pollution. “I don’t think so.

“What are we losing by not being able to see the starry skies? I think it’s difficult to imagine, but I think there are significant consequences. Imagining worlds beyond our own horizon, just that cognitive ability. How do you expect the kids to reach for the stars if they can’t see them?”

From “Seeing Stars in Dripping Springs.” Wilder, the editor of the Texas Observer, grew up in Wimberley, a town about fifteen miles away from Dripping Springs. In the summer of 2018, the McDonald Observatory announced that it was partnering with oil and gas trade associations to reduce light pollution from drilling rigs, which, according to scientists, “threatens to reduce the effectiveness of the observatory’s research telescopes to study the mysteries of the universe.”

Walt Whitman has a happy hour.More