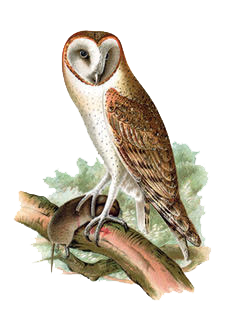 Habitat: A “bird of doom” in English folklore on account of its eerie screech, the common barn owl is at home everywhere on earth except Antarctica and Micronesia.

Superpower: The barn owl’s heart-shaped facial ruff funnels sound waves into its ear canals, giving it the best hearing of all owls and allowing it to locate and attack its prey in complete darkness. 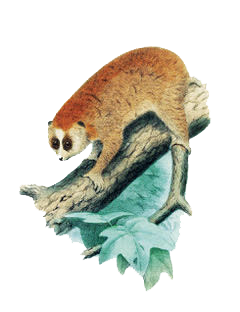 Habitat: Across South Asia, the slow loris spends its days balled up asleep in tree hollows or branches.

Superpower: Before attacking prey at night, it uses its grooved teeth to gather venom—said to smell like sweaty socks—from its elbows. 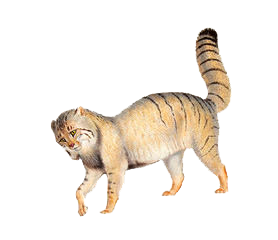 Habitat: Though roughly the size of a house cat, the Pallas’ cat looks much larger due to its long, dense fur, which insulates it from the cold climate of the Central Asian steppes.

Superpower: Unlike other small felines, whose slit-shaped pupils facilitate ambushes, the Pallas’ cat’s pupils constrict into circles, to better chase down prey in the open at dawn and dusk. 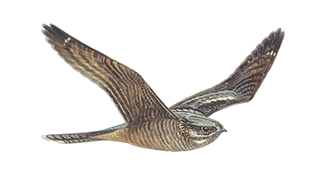 Habitat: The sixty species of this bird family, nicknamed the “goatsucker” (or “devil-bird” by Sylvia Plath), live in nearly every temperate and tropical region.

Superpower: Nightjars lay eggs just before the full moon so that when chicks hatch a month later, the bright moonlight helps widemouthed parents catch moths to feed their hatchlings.

Habitat: The most trafficked mammal in the world, the pangolin is hunted in its tropical Asian and African habitats. Its scales and blood are used in traditional medicine, and its flesh is revered as a delicacy.

Superpower: The shy, toothless creature hides in burrows in the daytime and sniffs out termite and ant colonies at night. Its tongue—the longest of any mammal—is coated with a sticky saliva that traps insects.

Habitat: Of the twelve hundred bat species around the world, most eat insects. One exception, the vampire bat, can consume up to twenty milliliters of blood per night (at times becoming too full to fly).