“It hardly matters why a library is destroyed: every banning, curtailment, shredding, plunder, or loot gives rise (at least as a ghostly presence) to a louder, clearer, more durable library of the banned, looted, plundered, shredded, or curtailed.”—Alberto Manguel 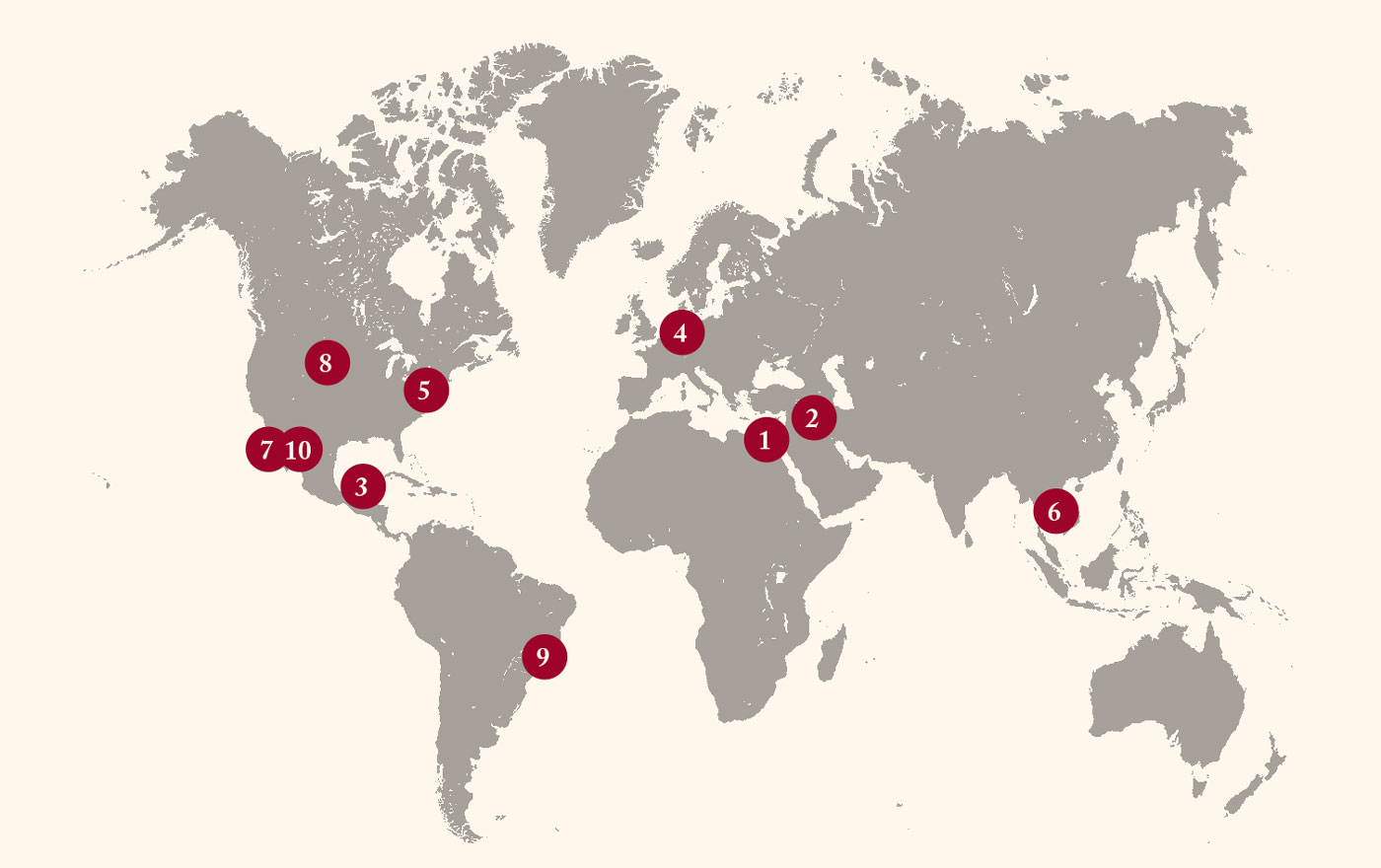 Founded by Ptolemy I and said to have once contained as many as 700,000 texts, the library is long gone by the time Arabs invade Egypt around 640. Theories of its destruction abound, including that Roman soldiers accidentally torched it in the third century.

Invading Mongols dump the contents of Baghdad’s many libraries, including the House of Wisdom, into the Tigris. So many books are said to fill the river that a horse could walk across it, and that the water runs both black with ink and red with blood.

Spanish bishop Diego de Landa orders the burning of all Mayan books—an act, he notes with surprise, the Mayans “regretted to an amazing degree” and that caused them “great affliction.” Only four texts escape destruction.

Founded at the outset of the Weimar Republic, the world’s first research center dedicated to human sexuality is ransacked by a crowd of Nazi physical-education students, who dump its twenty-thousand-volume library in the street and incinerate it.

Almost all silent movies produced by the Fox Film Corporation before 1932 are destroyed when the nitrate film they are preserved on spontaneously combusts during a heat wave, causing the vault in which they are stored to burn to the ground.

The world’s largest collection of Khmer books and medieval palm-leaf manuscripts is dumped when the building is repurposed as a pig farm during the dictatorship of Pol Pot. Some books are used as cigarette paper and kindling. Less than 20 percent of the archive survives.

Although the company claims that nothing irreplaceable was destroyed in a fire at Universal Studios, a leaked confidential report reveals the loss of more than half a million master recordings by such artists as Louis Armstrong, Elton John, and Tupac Shakur.

8 Department of Fisheries and Oceans Archives

Only 5 percent of the department’s more than 600,000 books and documents—some dating to the nineteenth century—are made available online after a botched consolidation and digitization initiative. The rest are burned, thrown out, or given away.

Following years of severe budget cuts, a fire destroys 90 percent of the largest anthropology and natural history collection in Latin America. An 11,500-year-old skull from the oldest human remains found in the Americas is saved, but the museum’s entire Egyptian collection is lost.

During a server migration, the social network MySpace accidentally deletes all audio files uploaded to the site prior to 2015, amounting to about fifty million songs by fourteen million artists. Only around one percent of the tracks are later recovered.