“When I was living in Egypt during my youth,” said Eucrates, “I took it into my head to sail up to Koptos and go from there to the statue of Memnon in order to hear it sound that marvelous salutation to the rising sun. Well, what I heard from it was not a meaningless voice, as in the general experience of common people; Memnon himself actually opened his mouth and delivered me an oracle in seven verses, and if it were not too much of a digression, I would have repeated the very verses for you. But on the voyage up, there chanced to be sailing with us a man from Memphis, one of the scribes of the temple, wonderfully learned, familiar with all the culture of the Egyptians. He was said to have lived underground for twenty-three years in their sanctuaries, learning magic from Isis.”

“You mean Pancrates,” said Arignotus, “a holy man, clean-shaven, in white linen, always deep in thought, speaking imperfect Greek, tall, flat-nosed, with protruding lips and thinnish legs.” “That selfsame Pancrates,” Eucrates replied, “and at first I did not know who he was, but when I saw him working all sorts of wonders whenever we anchored the boat, particularly riding on crocodiles and swimming in company with the beasts while they fawned and wagged their tails, I recognized that he was a holy man, and by degrees, through my friendly behavior, I became his companion and associate, so that he shared all his secret knowledge with me.

“At last he persuaded me to leave all my servants behind in Memphis and to go with him quite alone, for we should not lack people to wait upon us, and thereafter we got on in that way. But whenever we came to a stopping place, the man would take either the bar of the door or the broom or even the pestle, put clothes upon it, say a certain spell over it, and make it walk, appearing to everyone else to be a man. It would go off and draw water and buy provisions and prepare meals and in every way deftly serve and wait upon us. Then, when he was through with its services, he would again make the broom a broom or the pestle a pestle by saying another spell over it.

“Though I was very keen to learn this from him, I could not do so, for he was jealous, although most ready to oblige in everything else. But one day I secretly overheard the spell—it was just three syllables—by taking my stand in a dark place. He went off to the square after telling the pestle what it had to do, and on the next day, while he was transacting some business in the square, I took the pestle, dressed it up in the same way, said the syllables over it, and told it to carry water. When it had filled and brought in the jar, I said, ‘Stop! Don’t carry any more water—be a pestle again!’ But it would not obey me now; it kept straight on carrying until it filled the house with water for us by pouring it in! At my wit’s end over the thing, for I feared that Pancrates might come back and be angry, as was indeed the case, I took an axe and cut the pestle in two; but each part took a jar and began to carry water, with the result that instead of one servant I had now two. Meanwhile, Pancrates appeared on the scene and, comprehending what had happened, turned them into wood again, just as they were before the spell, and then for his own part left me to my own devices without warning, taking himself off out of sight somewhere.” 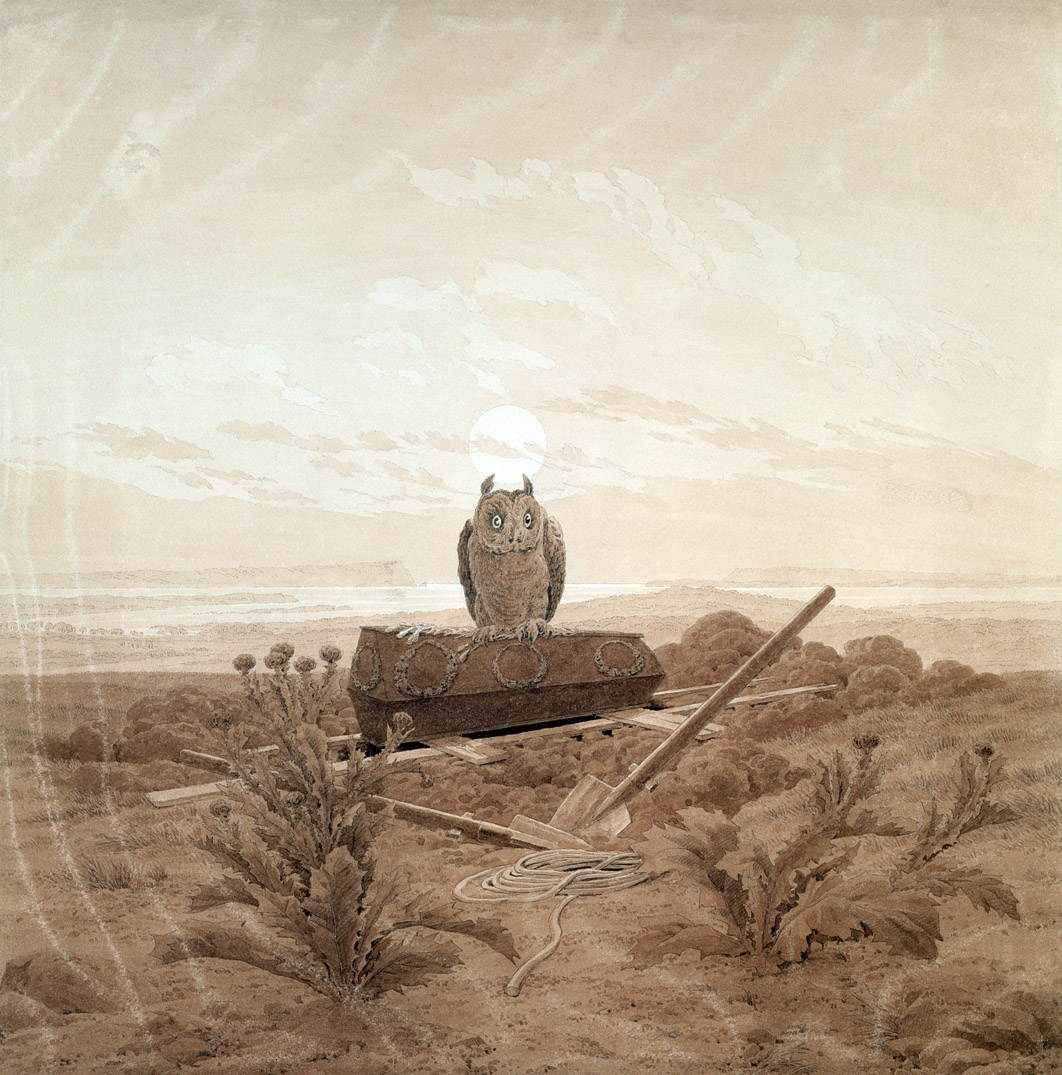 “Then you still know how to turn the pestle into a man?” said Deinomachus. “Yes,” said Eucrates, “only halfway, however, for I cannot bring it back to its original form if it once becomes a water carrier, but we shall be obliged to let the house be flooded with the water that is poured in!”

“Will you never stop telling such nonsense, old men as you are?” said I. “If you will not, at least for the sake of these lads put your amazing and fearful tales off to some other time, so that they may not be filled up with terrors and strange figments before we realize it. You ought to be easy with them and not accustom them to hear things like this which will abide with them and annoy them their lives long and will make them afraid of every sound by filling them with all sorts of superstition.”

From “The Lover of Lies.” This episode served as the source material for Johann Wolfgang von Goethe’s “The Sorcerer’s Apprentice” in 1797; one hundred years later, Paul Dukas was inspired by the poem to compose his instrumental work of the same name, later used in Walt Disney’s Fantasia, released in 1940. Born around 120, Lucian was apprenticed to a sculptor in his native Syria and became a successful rhetorician in Italy and Gaul before beginning his writing career in Athens around 160.

What Futures May Come from Dreams

Artemidorus has a very strange dream.More