After the great battle we fought and won against the forces of Tlaxcala, Captain Cortés sent three Indian chieftains we had captured at once, in company with two others who were in our camp and who had already been sent as messengers, and ordered them to go to the Caciques of Tlaxcala and tell them that we begged them to make peace and to grant us a passage through their country on our way to Mexico—as we had already sent to request them—and to say that if they did not now come to terms, we would slay all their people, but that as we were well disposed toward them and wished to treat them as brothers, we had no desire to annoy them unless they gave us reason to do so. And he said many flattering things to them so as to make friends of them, and the messengers then set out eagerly for the capital of Tlaxcala and gave their message to all the Caciques, whom they found gathered in council with many other elders and priests. They were very sorrowful both over the want of success in the war and at the death of those captains—in battle we had killed one very important captain, not to mention others—and their sons and relations, who had fallen in battle. As they were not very willing to listen to the message, they decided to summon all the soothsayers, priests, and those others called Tacal naguas (who are like wizards and foretell fortunes), and they told them to find out from their witchcraft, charms, and lots what people we were, and if by giving us battle day and night without ceasing we could be conquered, and to say if we were Teules (which are evil beings, like devils), and to tell them what things we ate, and ordered them to look into all these matters with the greatest care.

When the soothsayers and wizards and many priests had got together and made their prophecies and forecasts and performed all the other rites according to their use, it seems that they said that by their divinations they had found out we were men of flesh and blood and ate poultry and dogs and bread and fruit when we had them, and that we did not eat the flesh nor the hearts of the Indians whom we killed. It seems that our Indian friends whom we had brought from Cempoala had made them believe that we were Teules, and that we ate the hearts of Indians, and that the cannon shot forth lightning, such as falls from heaven, and that the Lurcher, which was a sort of lion or tiger, and the horses were used to catch Indians when we wanted to kill them, and much more nonsense of the same sort.

The worst of all that the priests and wizards told the Caciques was that it was not during the day but only at night that we could be defeated, for as night fell, all our strength left us. Furthermore, their wizards told them that by day we were very valiant, and all this strength lasted throughout the day up to sunset, but that as soon as night came on we had no strength whatever. When the Caciques heard this, and they were quite convinced of it, they sent to tell their captain, General Xicotenga, that as soon as it was possible he should come and attack us in great force by night. On receiving this order, Xicotenga assembled ten thousand of the bravest of his Indians and came to our camp, and from three sides they began alternately to shoot arrows and throw single pointed javelins from their spear throwers, and from the fourth side the swordsmen and those armed with macanas and broadswords approached so suddenly that they felt sure that they would carry some of us off to be sacrificed. Our Lord God provided otherwise, for secretly as they approached, they found us well on the alert, and as soon as our outposts and spies perceived the great noise of their movement, they ran at breakneck speed to give the alarm, and as we were all accustomed to sleep ready shod, with our arms on us and our horses bitted and saddled and with all our arms ready for use, we defended ourselves with guns, crossbows, and swordplay, so that they soon turned their backs. As the ground was level and there was a moon, the horsemen followed them a little way, and in the morning we found lying on the plain about twenty of them dead and wounded. So they went back with great loss and sorely repenting this night expedition, and I have heard it said that as what the priests and wizards had advised did not turn out well, they sacrificed two of them.

From A True History of the Conquest of New Spain. Born around 1495, Díaz sailed from Hispaniola to Mexico in February 1519 under the command of Hernán Cortés with a crew of six hundred soldiers and sailors. The Spaniards conquered the Aztecs in 1521. Díaz finished this firsthand account in his seventies, intending to correct perceived misrepresentations of the expedition by academic historians. He died in Guatemala in 1584. 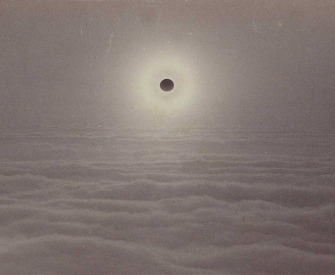 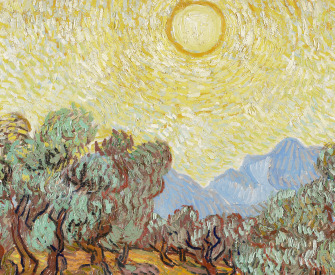