Crossing a short stretch of bottom land and ascending a gentle rise, we reached our friend Colonel Patterson’s little cabin—the old home of his children, little Dollie and Nellie. They were delighted to be again at home. Little Nellie, though but three years of age, expressed her pleasure in a marked manner.

In spite of the confusion and bustle consequent upon advent in these small quarters, with all our household goods, I could not help noticing, with much amusement, this little one as, with sparkling brown eyes and glowing cheeks, she stepped about the cabin with an air of great importance.

From the first moment of our arrival, I was greatly pleased with the location for my prospective home.

This gentle eminence was an ideal building spot. A narrow stretch of low prairie lay between it and the river; in the background rose the great fir forest, lifting their kingly heads skyward; the silvery windings of the river lay open to view.

A fringe of poplar, cottonwood, crab apple, alder, and vine maple bordered the opposite bank; beyond, to the southeast, the blue foothills nestled at the feet of majestic Mount Baker, and the three beautiful peaks of the twin sisters, their snowy coverings gleaming in vivid contrast with the dark green garb of the foothills. Almost due east lay a smaller mountain, somewhat resembling an immense grave with a headstone. The children gave it the name of the “Chief’s Tomb.”

Surely, I never had seen a spot whose environments more perfectly fulfilled my dreams of an “ideal home.”

As the lands were unsurveyed, Colonel Patterson held only a “squatter’s right.” Being of a restless disposition, he chafed under the long delay and uncertainty of the government survey. Leaving his little girls with us, he relinquished all rights in our favor. Six years passed before the land was surveyed. We then filed a preemption right to 160 acres and again possessed a home that we could call our own. 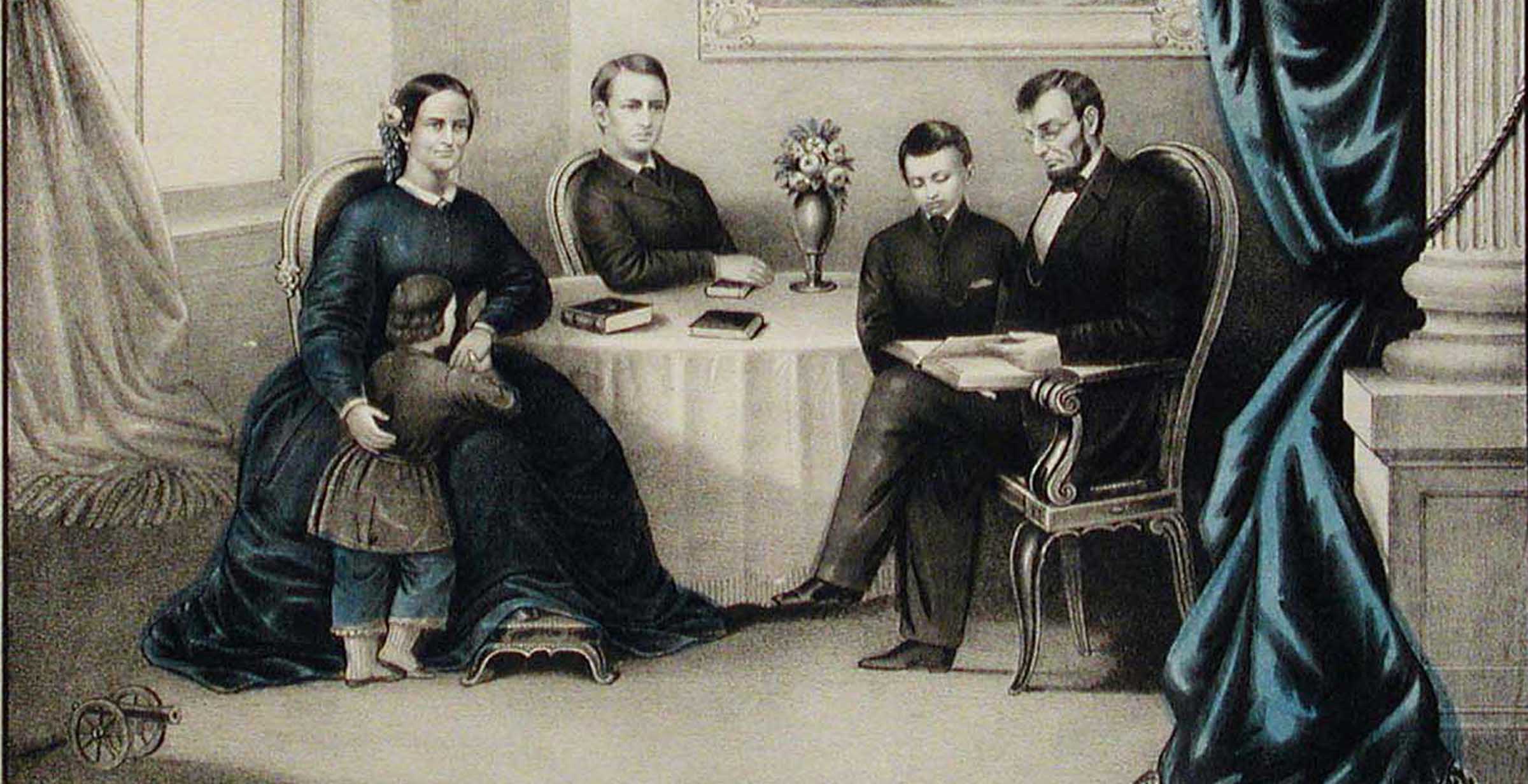 The colonel had set out a small orchard and made other improvements. The cabin was very small and rough, but there was a fine milk house, built with double walls filled in with earth, which kept it very cool. It was lined with white muslin, and revolving shelves held the milk pans. In time wild roses, taking root in the earth between the crevices of the outer walls, so covered the milk house with their fragrant pink blossoms and green leaves that it became a veritable bower of beauty.

Mr. Judson and Ned Barnes, a man we had brought with us for that purpose, set to work at once to build a hewed log house. The old part, in which was a large clay fireplace (the stick chimney running up on the outside) we used for a dining room and kitchen. We sent to the head of the Sound and procured brick for a fireplace in the new part and soon found ourselves comfortably domiciled.

Here we passed many quiet, uneventful years, remote from the world, surrounded by the beauties and bounties of nature. The snowcapped mountains were an unceasing joy and inspiration. The joyous sparkling Nooksack rolled at our feet. The forests teemed with game, the marshes with wild fowl, and the rivers and small streams abounded with salmon and trout.

One day, six months in our Nooksack home, in the midst of harvest, I had just got dinner on the table when two strange Indians from Whatcom entered the kitchen door, bearing a telegram which read, “Mary is dangerously ill. Come at once.”

As our Indian friends old Joe and Sally were camped right in our yard, there was no time lost to go to our daughter. As soon as we could get our things together, I hastened to the canoe, manned by Joe and another Indian. Old Sally, fully understanding the cause of our hasty departure, followed us to the river landing, expressing her sympathy in the mournful tones of their native requiem.

At midnight we reached Swinomish Slough, where many Indians were camped along the beach. All were wrapped in slumber. Presently we noticed our Indians began paddling very softly toward the shore; scarcely a ripple did they make in the water. We glided silently up to one of the canoes that was fastened on the beach, and old Joe stealthily lifted a sail from the bottom of the canoe, and without making a sound transferred it to our own. Then how softly and quietly we moved away. Not a sound broke the silence of the night. The paddles dipped the water as silently as muffled oars.

Hospitality consists in a little fire, a little food, and an immense quiet.

Suddenly a sound breaks through the somber stillness of the night. Over the water comes the hurried sound of many paddles; presently a large saltwater canoe appeared in our wake. It soon became evident that the pursuing Indians were the owners of the borrowed sail, for, swiftly gliding to the side of our canoe without exchanging a word, they calmly laid hold of the sail and, turning about, rapidly paddled away. When the distance required by Indian etiquette lay between the two canoes, they began calling back and forth in friendly tones. I have since learned that the Indians never quarrel over stolen property. Would that the same peaceful policy held sway among their white brothers.

It was six o’clock AM when we reached the landing on Whidby island. We hastened to the home of Colonel Haller, the nearest residence. Here we found breakfast awaiting us and, to my great relief, learned that my little daughter was much better.

As soon as the breakfast was over, we were carried across the island, and were rejoiced to find Mary improving—in fact, her physician said I was the sickest of the two. The long exposure and anxiety had completely prostrated me.

Our Indians had returned at once to the Nooksack, carrying to Mr. Judson and George the glad tidings of Mary’s improvement.

By the time the “once a week” steamer was due, we were both well enough to take the passage for home.

When within two or three miles of it, a strange sound came floating through the air. What can it be, asked Mary. After listening in puzzled surprise for a few moments, I recognized the familiar toot of the old dinner horn. As we drew nearer the sound grew louder, and when the Indians began answering with shouts, the toots came to our ears with redoubled force, and when, rounding a little point, we came in sight of the landing, there was Mr. Judson standing on the bank, and George parading up and down the beach with the old ox horn blowing our welcome with all his little might.

Such a jubilee of rejoicing there was when the canoe reached the landing. The long suspense was over. Mr. Judson gathered Mary in his arms and carried her to the house.

Oh, how good it seemed to be home again. A sense of satisfaction came over me that I had never before experienced in any of my former homes. Surely, this must be the spot for which we had been searching for so many years, where we should build our “ideal home.”

Everything seemed to smile a welcome home. Mount Baker’s frosted dome, the mighty fir forests, the shining river, and last but not least, my flourishing kitchen garden. How the cabbages, beets, turnips, and all the rest of the toothsome array seemed to put on broad smiles of greeting. Truly, I thought, this is a goodly land.

From A Pioneer’s Search for an Ideal Home. Judson was twenty years old when she left Ohio with her husband to travel to the Washington Territory in 1853; she was ninety-five when her account was published in 1925. Her family lived for eighteen years in and around Olympia (then just a village of a few log cabins) before pioneering north and building the house described in this passage near a Nooksack village called Squahalish. The town they founded, Lynden, remains there.