Freeman: But what, will you see nobody? Not your friends?

Manly: Friends! I have but one, and he, I hear, is not in town; nay, can have but one friend, for a true heart admits but of one friendship, as of one love. But in having that friend, I have a thousand, for he has the courage of men in despair, yet the diffidency and caution of cowards; the secrecy of the revengeful and the constancy of martyrs; one fit to advise, to keep a secret, to fight and die for his friend. Such I think him, for I have trusted him with my mistress in my absence; and the trust of beauty is sure the greatest we can show.

Freeman: Well, but all your good thoughts are not for him alone, I hope? Pray, what d’ye think of me for a friend?

Manly: Of thee! Why, thou art a latitudinarian in friendship, that is, no friend. Thou dost side with all mankind but wilt suffer for none. For ceremony and great professing renders friendship as much suspected as it does religion.

Freeman: And no professing, no ceremony at all in friendship, were as unnatural and as undecent as in religion. And there is hardly such a thing as an honest hypocrite, who professes himself to be worse than he is, unless it be yourself. For though I could never get you to say you were my friend, I know you’ll prove so.

Manly: I must confess, I am so much your friend I would not deceive you, therefore must tell you, not only because my heart is taken up but according to your rules of friendship, I cannot be your friend.

Manly: Because he that is, you’ll say, a true friend to a man is a friend to all his friends. But you must pardon me, I cannot wish well to pimps, flatterers, detractors, and cowards, stiff-nodding knaves and supple, pliant, kissing fools. Now, all these I have seen you use like the dearest friends in the world.

Freeman: Ha, ha, ha! What, you observed me, I warrant, in the galleries at Whitehall, doing the business of the place! Pshaw! Court professions, like court promises, go for nothing, man! But, faith, could you think I was a friend to all those I hugged, kissed, flattered, bowed to?

A friend who is very near and dear may in time become as useless as a relative.

Freeman: Ay, but when their backs were turned, did I not tell you they were rogues, villains, rascals, whom I despised and hated?

Manly: Very fine! But what reason had I to believe you spoke your heart to me, since you professed deceiving so many?

Freeman: Why, don’t you know, good captain, that telling truth is a quality as prejudicial to a man that would thrive in the world as square play to a cheat, or true love to a whore? Would you have a man speak truth to his ruin? You are severer than the law, which requires no man to swear against himself. You would have me speak truth against myself, I warrant, and tell my promising friend the courtier he has a bad memory?

Freeman: And so make him remember to forget my business? And I should tell the great lawyer, too, that he takes oftener fees to hold his tongue than to speak!

Freeman: Ay, and have him hang or ruin me when he should come to be a judge, and I before him? And you would have me tell the new officer, who bought his employment lately, that he is a coward?

Freeman: And so get myself cashiered, not him, he having the better friends, though I the better sword? And I should tell the scribbler of honor that heraldry were a prettier and fitter study for so fine a gentleman than poetry?

Freeman: And so find myself mauled in his next hired lampoon? And you would have me tell the holy lady, too, she lies with her chaplain?

Freeman: And so draw the clergy upon my back and want a good table to dine at sometimes? And by the same reason, too, I should tell you that the world thinks you a madman, a brutal, and have you cut my throat or, worse, hate me! What other good success of all my plain dealing could I have than what I’ve mentioned?

Manly: Why, first your promising courtier would keep his word out of fear of more reproaches, or at least would give you no more vain hopes. Your lawyer would serve you more faithfully, for he, having no honor but his interest, is truest still to him he knows suspects him. The new officer would provoke thee to make him a coward, and so be cashiered, that thou, or some other honest fellow, who had more courage than money, might get his place. The noble sonneteer would trouble thee no more with his madrigals. The praying lady would leave off railing at wenching before thee, and not turn away her chambermaid for her own known frailty with thee. And I, instead of hating thee, should love thee for thy plain dealing; and in lieu of being mortified, am proud that the world and I think not well of one another.

Freeman: Well, doctors differ. You are for plain dealing, I find. But against your particular notions, I have the practice of the whole world. Observe but any morning what people do when they get together on the Exchange, in Westminster Hall, or the galleries in Whitehall.

Manly: I must confess, there they seem to rehearse Bays’ grand dance: here you see a bishop bowing low to a gaudy atheist; a judge to a doorkeeper; a great lord to a fishmonger or a scrivener with a jack chain about his neck; a lawyer to a sergeant at arms; a velvet physician to a threadbare chemist; and a supple gentleman-usher to a surly beefeater; and so tread around in a preposterous huddle of ceremony to each other, whilst they can hardly hold their solemn false countenances.

Freeman: Well, they understand the world.

Manly: Which I do not, I confess. 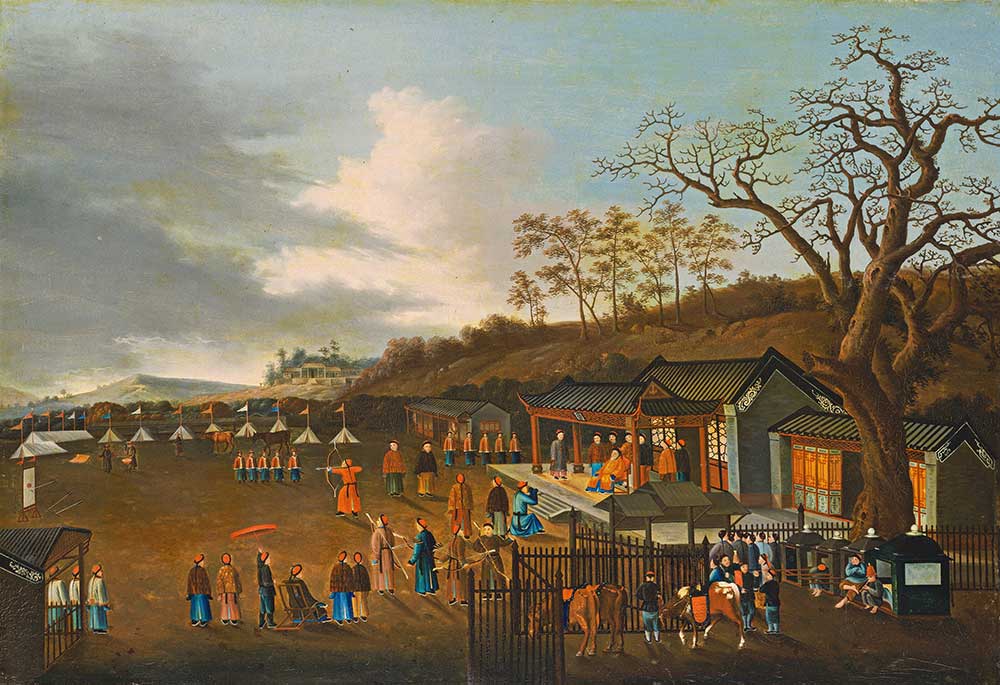 Freeman: But, sir, pray believe the friendship I promise you real, whatsoever I have professed to others; try me, at least.

Manly: Why, what would you do for me?

Freeman: I would fight for you.

Manly: That you would do for your own honor. But what else?

Freeman: I would lend you money if I had it.

Manly: To borrow more of me another time. That were but putting your money to interest, a usurer would be as good a friend. But what other piece of friendship?

Freeman: I would speak well of you to your enemies.

Manly: To encourage others to be your friends, by a show of gratitude. But what else?

Freeman: Nay, I would not hear you ill spoken of behind your back by my friend.

Manly: Nay, then thou’rt a friend indeed. But it were unreasonable to expect it from thee, as the world goes now, when new friends, like new mistresses, are got by disparaging old ones.

From The Plain Dealer. The English dramatist likely drew inspiration from Molière’s Le Misanthrope for this satiric portrait of a humorless, reclusive sea captain. At its premiere at the Theatre Royal, the play so stunned audiences that critic John Dennis reported they “appeared doubtful what judgment to form of it.” Many of Wycherley’s fellow courtiers attended, including the Earl of Rochester and Wycherley’s patron, the Duke of Buckingham. Dennis recalled that their “loud approbation” gave the play “both a sudden and a lasting reputation.”

Going Through the Motions