The room in which the boys were fed was a large stone hall with a copper at one end, out of which the master, dressed in an apron for the purpose and assisted by one or two women, ladled the gruel at mealtimes, of which composition each boy had one porringer, and no more—except on festive occasions, and then he had two ounces and a quarter of bread besides. The bowls never wanted washing—the boys polished them with their spoons till they shone again, and when they had performed this operation (which never took very long, the spoons being nearly as large as the bowls), they would sit staring at the copper with such eager eyes as if they could devour the very bricks of which it was composed. Oliver Twist and his companions suffered the tortures of slow starvation for three months; at last they got so voracious and wild with hunger that one boy, who was tall for his age, and hadn’t been used to that sort of thing (for his father had kept a small cook’s shop), hinted darkly to his companions that unless he had another basin of gruel per diem, he was afraid he should some night eat the boy who slept next him, who happened to be a weakly youth of tender age. He had a wild, hungry eye, and they implicitly believed him. A council was held; lots were cast who should walk up to the master after supper that evening and ask for more, and it fell to Oliver Twist.

The evening arrived: the boys took their places; the master in his cook’s uniform stationed himself at the copper; his pauper assistants ranged themselves behind him; the gruel was served out, and a long grace was said over the short commons. The gruel disappeared, and the boys whispered to each other and winked at Oliver, while his next neighbors nudged him. Child as he was, he was desperate with hunger and reckless with misery. He rose from the table, and advancing, basin and spoon in hand, to the master, said, somewhat alarmed at his own temerity—

The master was a fat, healthy man, but he turned very pale. He gazed in stupefied astonishment on the small rebel for some seconds and then clung for support to the copper. The assistants were paralyzed with wonder, and the boys with fear.

“What!” said the master at length, in a faint voice.

The master aimed a blow at Oliver’s head with the ladle, pinioned him in his arms, and shrieked aloud for the beadle. 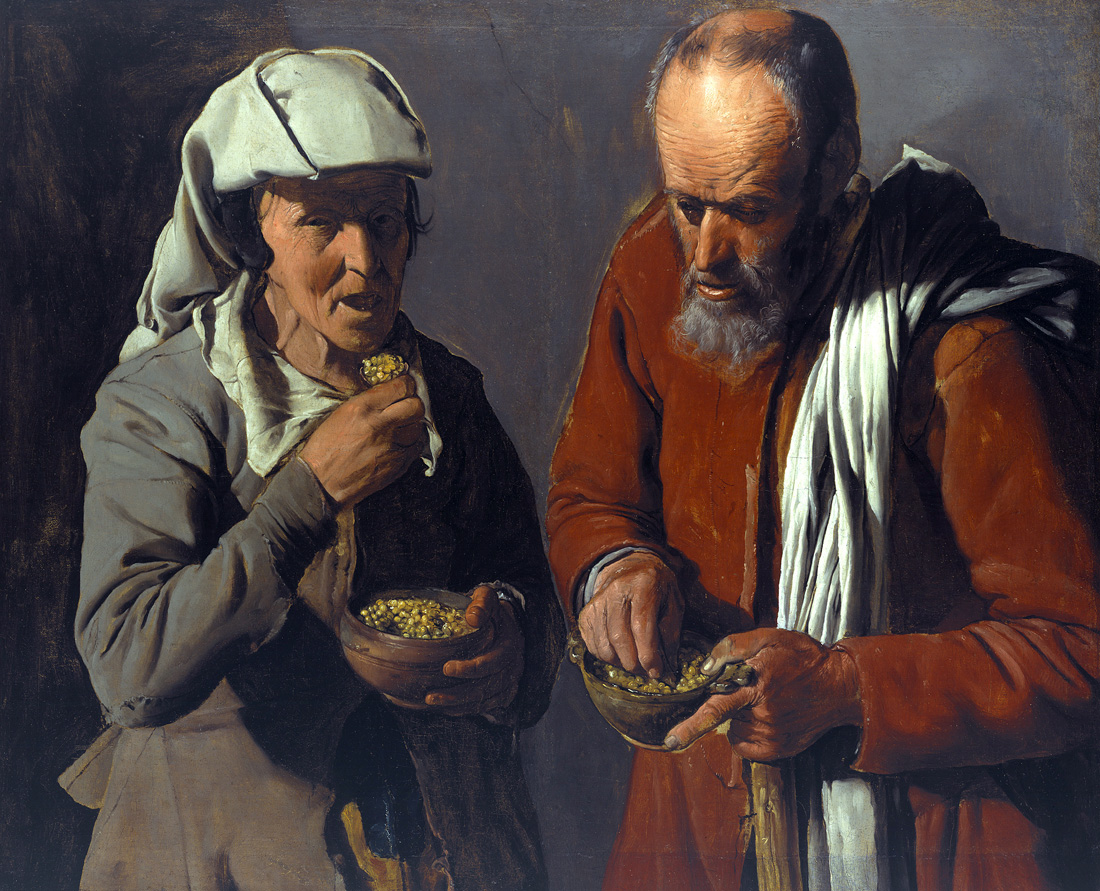 The board members of the workhouse were sitting in solemn conclave when the preacher Mr. Bumble rushed into the room in great excitement, and addressing the gentleman in the high chair, said, “Mr. Limbkins, I beg your pardon, sir—Oliver Twist has asked for more.” There was a general start. Horror was depicted on every countenance.

“For more!” said Mr. Limbkins. “Compose yourself, Bumble, and answer me distinctly. Do I understand that he asked for more, after he had eaten the supper allotted by the dietary?”

“He did, sir,” replied Bumble.

Nobody controverted the prophetic gentleman’s opinion. An animated discussion took place. Oliver was ordered into instant confinement, and a bill was next morning pasted on the outside of the gate, offering a reward of five pounds to anybody who would take Oliver Twist off the hands of the parish. In other words, five pounds and Oliver Twist were offered to any man or woman who wanted an apprentice to any trade, business, or calling.

From Oliver Twist. At the age of twelve in 1824, Dickens went to work in a factory while his father went to a debtors’ prison. Three years later, he finished school, finding work first as a clerk in a solicitor’s office and then as a court stenographer. He gained renown for publishing The Pickwick Papers in serial form from 1836 to 1837. Oliver Twist first appeared in the monthly magazine Dickens edited, Bentley’s Miscellany.