A void like that is terrifying. Prisoner of a morsel of space, you will struggle desperately against occult elements: the absence of matter, the smell of balance, vertigo from all sides, and the dark desire to return to the ground, even to fall. This dizziness is the drama of high-wire walking, but that is not what I am afraid of.

After long hours of training for a walk, a moment comes when there are no more difficulties. It is at this moment that many have perished. But in this moment I am also not afraid.

If an exercise resists me during rehearsal, and if it continues to do so a little more each day, to the point of becoming untenable, I prepare a substitute exercise—in case panic grabs me during a performance. I approach it slyly, surreptitiously. But I always want to persist, to feel the pride of conquering it. In spite of that, I sometimes give up the struggle. But I do so without any fear. I am never afraid on the wire. I am too busy.

War is fear cloaked in courage.

But you are afraid of something. I can hear it in your voice. What is it?

Sometimes the sky grows dark around the wire, the wind rises, the cable gets cold, the audience becomes worried. At those moments I hear fear screaming at me.

To imagine that one evening I will have to give up the wire, that I will have to say, “I was afraid, I met Holy Fear, it invaded me and sucked my blood”—I, the fragile walker of wires, the tiniest of men, will turn away to hide my tears—and yes, how afraid I am.

On the ground I profess to know no fear, but I lie. I will confess, with self-mockery, to arachnophobia and cynophobia. Because I see fear as an absence of knowledge, it would be simple for me to conquer such silly terrors. “I am too busy these days,” I’ll say, “but when I decide it’s time to get rid of my aversion to animals with too many legs (or not enough legs—snakes are not my friends, either), I know exactly how to proceed.” I will read science reports, watch documentaries, visit the zoo. I will interview spider-wranglers (is there such a profession?) to discover how these creatures evolved, how they hunt, mate, sleep, and, most importantly, what frightens the hairy, scary beast. Then, like James Bond, I won’t have any problem having a tarantula dance a tarantella on my forearm.

The body language of fear
The inner motion of fear is a thick book of old tricks that brims with almost invisible, almost silent improvisations—that’s why it cannot be anticipated. Those who let themselves be brushed by that trailing shadow see their linear path transformed into a vertical whirlpool that carries them, in slow motion, into an abyss of angst.

The body language of fear is contagious. The body language of fear is devious. Before you feel it, strings are tied to your limbs. You are a puppet being made to dance. All spins and whirls, you never actually see the body of fear, only its shadow. The shadow of a doubt. It may glide behind you like a stealth hovercraft, tiptoe like a fox, or slither like a coral snake. If it runs out of deceptive moves, it will invent one on the spot.

Atychiphobia, the fear of failure, often focuses on the physical. That type of fear will do anything to block your path. It is responsible for the hesitation that delays some free-soloing rock climbers hundreds of feet above the ground from grabbing a tiny handhold during a crux move; it is determined to prevent them from continuing their ascent.

The taste of fear
Yom asal, yom basal. The Arabic proverb is true to life: “One day honey, one day onion.” Honey is sweet and good, onion pungent and bitter. We taste both at once when our lips glue to the cup of fear.

There are signs. The good, the sweet, is what happens when a thought makes us salivate in joyous anticipation. The bitterness could be the acid taste blending with adrenaline on our palate just before we throw up in panic. Combined, the two opposite elements form a displeasing mixture that is hard to identify because nothing tastes quite like it.

The music of fear
It is a mistake to expect the music of fear to be like the soundtrack of a bad horror movie, door creaking, bat wings flapping, and the backward whispers of ancient Greek. At times the song of fear resembles rattling laughter. At times fear speaks in a devious tongue that transmutes your entire being from ears to toes into a frozen sentence from an unknown dialect that no one understands.

​The music of fear is a deceptive blend. It may overlap a nice melody with a tune of an opposite style, an ice melody, like a radio stuck between two different channels. (For example, take a throbbing composition from Stephen Kent, the non-aboriginal master of the didgeridoo. Mix it with a musical opposite, say, Klaus Nomi performing his “The Cold Song.”) The irritating potpourri you hear is akin to the music of fear. The more you listen to it, the more it dulls your senses—think of the Pied Piper, think of the mermaids serenading Ulysses—it lures you to surrender your sanity. At that point, fear is often so close, it sings while leaning against you. Then it starts to walk away. And you, already deaf, follow its song. You follow its meandering path to your doom. 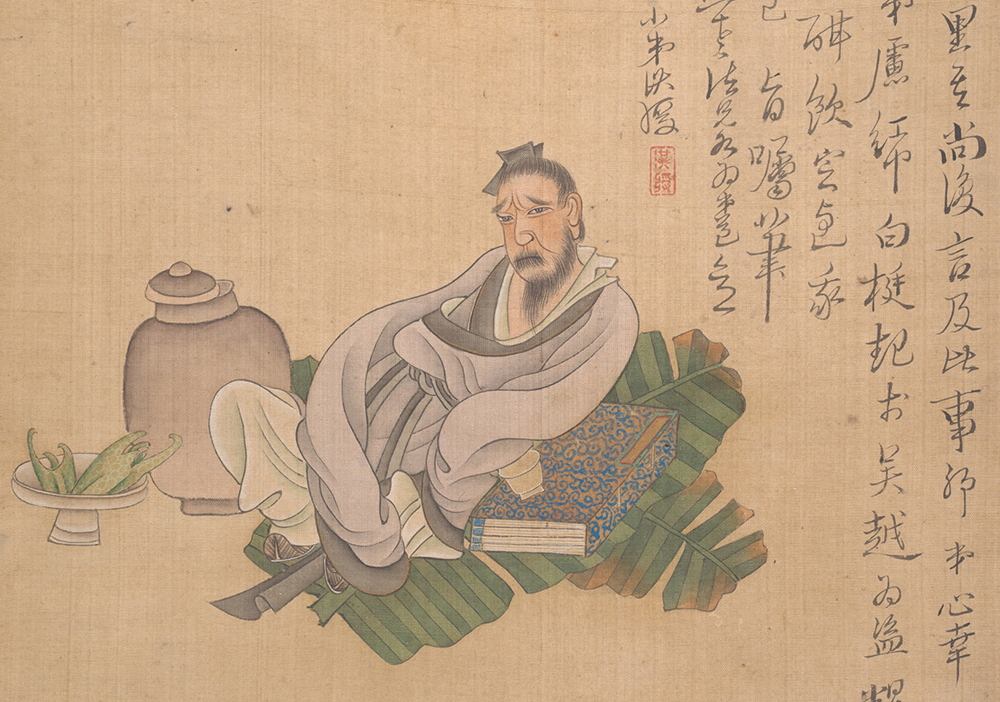 The music of fear acts like the flute of a snake charmer I remember from Jamaa al-Fna square. From the first moment of fright when the lid of the wicker basket is removed and the cobra emerges, Marrakesh tourists are led to believe the snake’s undulations are produced by the melody. In fact, having been hit on the head by the flute so many times, the cobra follows the subtle movements of the musical wooden stick, not its notes. The snake is not dancing for you, but avoiding corporal punishment out of fear.

How to resist being hypnotized by the central element in a portrait of fear; or for that matter, being swallowed by a larger-than-life moment of dread? Assemble weapons to destroy fear. Start by reacting to fright not by burying your head in the sand but by burying your mind in knowledge; then follow with specifics.

How to disrupt the body language of fear
Before my high-wire walk across the Seine to the second story of the Eiffel Tower, the seven-hundred-yard-long inclined cable looked so steep, the shadow of fear so real, I worried. Had there been an error in rigging calculations? No. I had just forgotten how high were my expectations, how mad I was to have conceived such a project. On the spot I vanquished my anxiety by imagining the best outcome: my victorious last step above a cheering crowd of 250,000.

If imagination does not work, turn to the physical side of things. Give yourself a time-limit ultimatum: start counting! Yes, choose a number—not too high—and when you hear footsteps on your porch at three am, unfreeze your trepidation by whispering to yourself, “At ten, I open the door! One, two, three, four...”

A clever tool in the arsenal to destroy fear: if a nightmare taps you on the shoulder, do not turn around immediately expecting to be scared. Pause and expect more, exaggerate. Be ready to be very afraid, to scream in terror. The more delirious your expectation, the safer you will be when you see that reality is much less horrifying than what you had envisioned. Now turn around. See? It was not that bad—and you’re already smiling.

How to eliminate the taste of fear
Use your intuition as well as your tongue to test the air. Since the taste of fear is hard to recognize, as soon as you taste something odd, unknown, strange, spit it out without a single thought and step on it with the sole of your shoe and grind it into the ground—like people do with a cigarette. That will short-circuit the chemical process. Do not look at what you’ve done; just move on.

Sometimes, to confuse us, fear transforms taste into odor. A smell by association can usher in anxiety and lead to phobia. Some people react drastically to the smell of fire; they think total destruction has already started. My brother dreaded the smell of garbage. He associated it with the kind of decomposition that invites final decay and death. He saw nonexistent rats gather, he heard them plot an invading plague, he smelled the annihilation of humanity. I pulled him into the nearest vegetable garden and served him a premeditated show-and-tell on a different kind of garbage, compost. I convinced him of the benefits of such a mixture and made its odor positive. I forced his mind to run o with a different association: the smell of rebirth, of growth, of the Garden of Eden. He is now cured.

How to silence the music of fear
Never cover your ears. On the contrary, face the music and explore its layered construction. Sometimes you will recognize more than two musical pieces overlapping. No matter, note after note, extract the silences that fell inside the staves. Once the silences are caught, walk away with them swiftly and peacefully. You’ve just rendered fear speechless by altering its voice. You’re done. You’re safe. 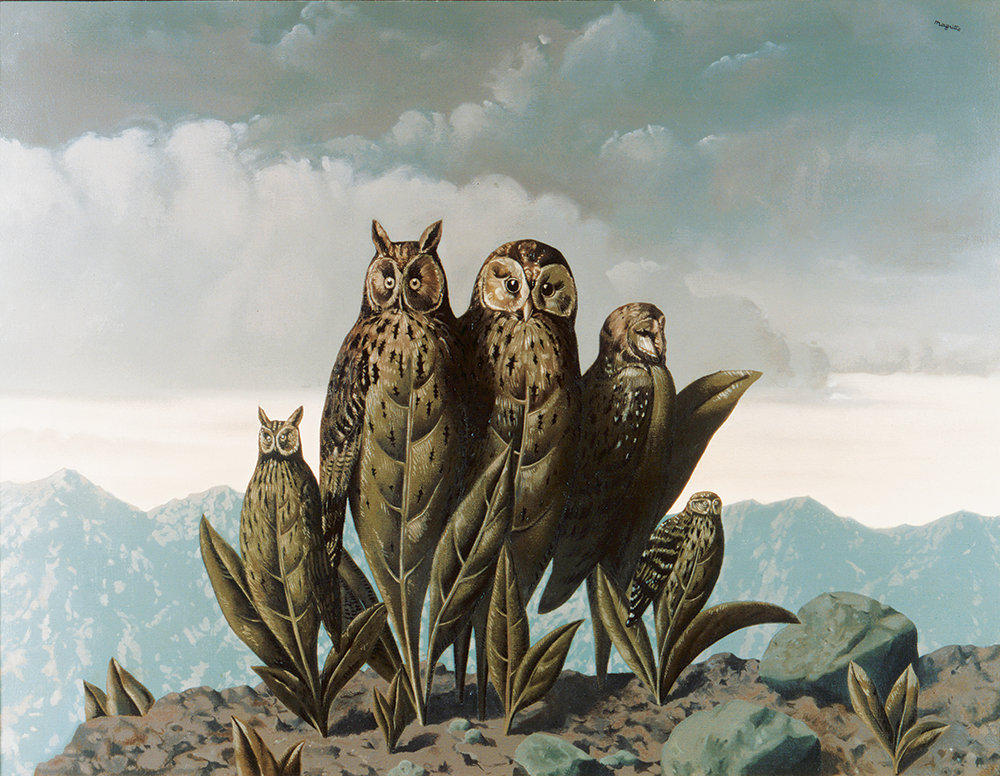 One more weapon. When an inner howl assails me, the wild longing to see an alarming situation, I counter the chorus of fear by amplifying it to the extreme. Distorted, it then exudes a single voice. The voice of courage, which I let scream at me because it makes me stronger.

Lastly, the ultimate weapon of fear destruction, valid for all of the above
When you’re about to shrink with fear, instead do what the peacocks (and many mammals) do: frighten fear by enlarging your silhouette. Blow yourself up—mentally—feel unbreakable, wear self-confidence like a rhinoceros its carapace, appear immortal. Deadly fear will immediately run away, its scythe between its legs.

To fear in life is human. And difficult to avoid. And a rude awakening each time. If it seizes you, be proud of your fifteen minutes of fear. Like when you were about to jump from that ten-meter-tall high-diving platform and, well...had second thoughts. You forced yourself to go anyway—and it felt like suicide. You had the choice: disgrace or suicide. And, bravo, you chose suicide—your victory.

To live in fear of what’s about to happen is for many people today—owing to our current political situation—a reality.

But to live in fear, period, is a horror, a torture. You have forgotten fear was the culprit, and you have been obliterated, replaced by a shameful black hole, which breathes—or not—in your stead.

This evening—outside, a murder of crows darkens the air with its flying formation, announcing the storm of the century, the end of the world—this evening, to live in fear will be my definition of death.

Philippe Petit is a high-wire artist. He has made ninety high-wire walks around the world. An artist in residence at the Cathedral Church of Saint John the Divine in New York City, he is also the author of ten books, including To Reach the Clouds: My High-Wire Walk Between the Twin Towers and Creativity: The Perfect Crime.

Words to the Wise