Wherever ignorance, uncleanness, and superstition are still rife, where communication is backward, agriculture poor, and the priesthood powerful, national costumes are still worn. Fashion, on the other hand, rules where the opposite conditions prevail. Fashion is accordingly to be found next to the virtues in modern Europe.

Are we to call it their seamy side? Masculine dress that is fashionable and no longer national proclaims of its wearer: firstly, that he does not wish to appear as an individual or as member of a class or race; that he has made an intentional suppression of these kinds of vanity a law unto himself; secondly, that he is a worker, and has little time for dressing and self-adornment, and moreover regards anything expensive or luxurious in material and cut as out of harmony with his work; lastly, that by his clothes he indicates the more learned and intellectual callings as those to which he stands or would like to stand nearest as a European—whereas such national costumes as still exist would exhibit the occupations of brigand, shepherd, and soldier as the most desirable and distinguished. Within this general character of masculine fashion exist the slight fluctuations demanded by the vanity of young men, the dandies and dawdlers of our great cities—in other words, Europeans who have not yet reached maturity. European women are as yet far less mature, and for this reason the fluctuations with them are much greater. They also will not have the national costume, and hate to be recognized by their dress as German, French, or Russian. They are, however, very desirous of creating an impression as individuals. Then, too, their dress must leave no one in doubt that they belong to one of the more reputable classes of society (to “good” or “high” or “great” society), and on this score their pretensions are all the greater if they belong scarcely or not at all to that class. Above all, the young woman does not want to wear what an older woman wears, because she thinks she loses her market value if she is suspected of being somewhat advanced in years. The older woman, on the other hand, would like to deceive the world as long as possible by a youthful garb. From this competition must continually arise temporary fashions, in which the youthful element is unmistakably and inimitably apparent.

But after the inventive genius of the young female artists has run riot for some time in such indiscreet revelations of youth (or rather, after the inventive genius of older, courtly civilizations and of still existing peoples—in fact, of the whole world of dress—has been pressed into the service, and, say, the Spaniards, Turks, and ancient Greeks have been yoked together for the glorification of fair flesh), then they at last discover, time and again, that they have not been good judges of their own interest; that if they wish to have power over men, the game of hide-and-seek with the beautiful body is more likely to win than naked or half-naked honesty. And then the wheel of taste and vanity turns once more in an opposite direction. The rather older young women find that their kingdom has come, and the competition of the dear, absurd creatures rages again from the beginning. But the more women advance mentally, and no longer among themselves concede the preeminence to an unripe age, the smaller their fluctuations of costume grow and the less elaborate their adornment. A just verdict in this respect must not be based on ancient models—in other words, not on the standard of the dress of women who dwell on the shores of the Mediterranean—but must have an eye to the climatic conditions of the central and northern regions, where the intellectual and creative spirit of Europe now finds its most natural home. Generally speaking, therefore, it is not change that will be the characteristic mark of fashion and modernity, for change is retrograde, and betokens the still unripened men and women of Europe, but rather the repudiation of national, social, and individual vanity. 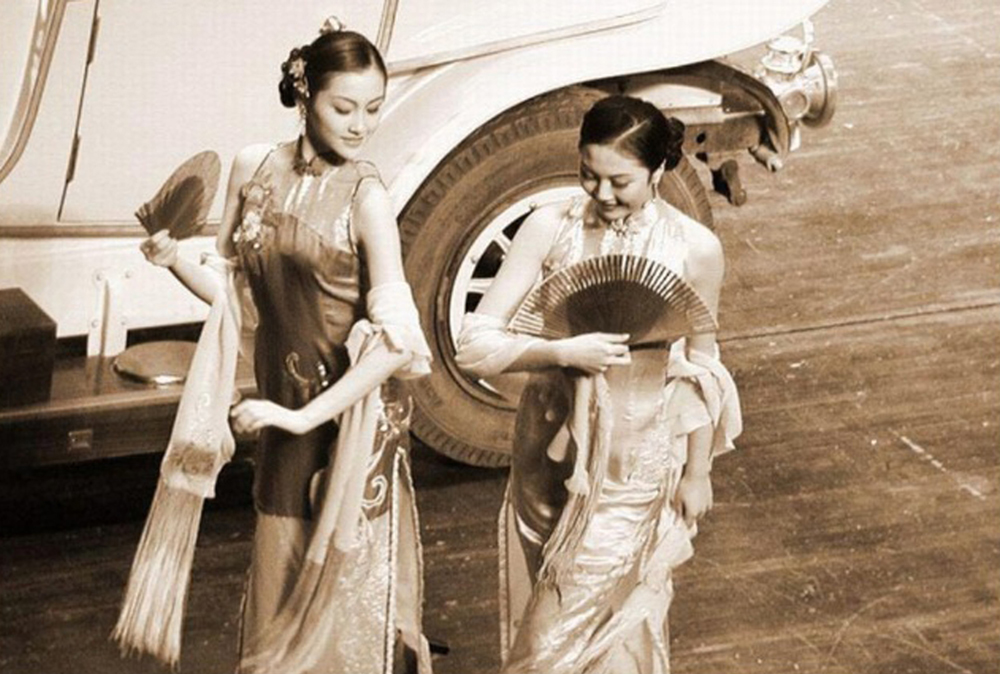 Accordingly, it is commendable, because involving a saving of time and strength, if certain cities and districts of Europe think and invent for all the rest in the matter of dress, in view of the fact that a sense of form does not seem to have been bestowed upon all. Nor is it really an excessive ambition, so long as these fluctuations still exist, for Paris, for example, to claim to be the sole inventor and innovator in this sphere. If a German, from hatred of these claims on the part of a French city, wishes to dress differently—as, for example, in the Dürer style—let him reflect that he then has a costume which the Germans of olden times wore, but which the Germans have not in the slightest degree invented. For there has never been a style of dress that characterized the German as a German. Moreover, let him observe how he looks in his costume, and whether his altogether modern face, with all its hues and wrinkles, does not raise a protest against a Dürer fashion of dress.Here, where the concepts “modern” and “European” are almost identical, we understand by “Europe” a far wider region than is embraced by the Europe of geography, the little peninsula of Asia. In particular, we must include America, in so far as America is the daughter of our civilization. On the other hand, not all Europe falls under the heading of cultured “Europe,” but only those nations and divisions of nations that have their common past in Greece, Rome, Judaism, and Christianity.

From Human, All Too Human. As initially published in 1878, Human, All Too Human was a volume of 638 aphorisms. It was poorly received and completed Nietzsche’s estrangement from the academic profession; he resigned from the University of Basel in 1879. Awarded a pension for six years, Nietzsche spent the next nine in various French, Swiss, German, and Italian cities, staying in boarding houses, until his collapse and mental breakdown in Turin in 1889.

Does time have a future? Yes, but how much of a future depends on what the ultimate fate of the cosmos turns out to... More