Mary Young was born in the north of Ireland. At about ten years of age, she was taken into the family of an ancient gentlewoman and soon after she had arrived at her fifteenth year, a young manservant to a gentleman who lived in the same neighbourhood made pretensions of love to her. She had no strong prepossession in favour of the young man, but determining to make his passion subservient to the purpose she had conceived, promised to marry him on condition of his taking her to London. He joyfully embraced this proposal and immediately engaged for a passage in a vessel bound for Liverpool.

A short time before the vessel was to sail, the young man robbed his master of a gold watch and eighty guineas, and then joined the companion of his flight, who was already on board the ship, vainly imagining that his infamously acquired booty would contribute to the happiness he should enjoy with his expected bride. The ship arrived at the destined port in two days; and Mary, being indisposed, in consequence of her voyage, her companion hired a lodging in the least frequented part of the town, where they lived a short time in the character of man and wife.

Mary being restored to health, they agreed for a passage in a wagon that was to set out for London in a few days. On the day preceding that fixed for their departure they accidentally called at a public house, and the man being observed by a messenger dispatched in pursuit of him from Ireland, he was immediately taken into custody. He being committed to prison, Mary sent him all his clothes and part of the money she had received from him, and the next day took her place in the wagon for London. In a short time, her companion was sent to Ireland, where he was tried and condemned to suffer death; but his sentence was changed to that of transportation. 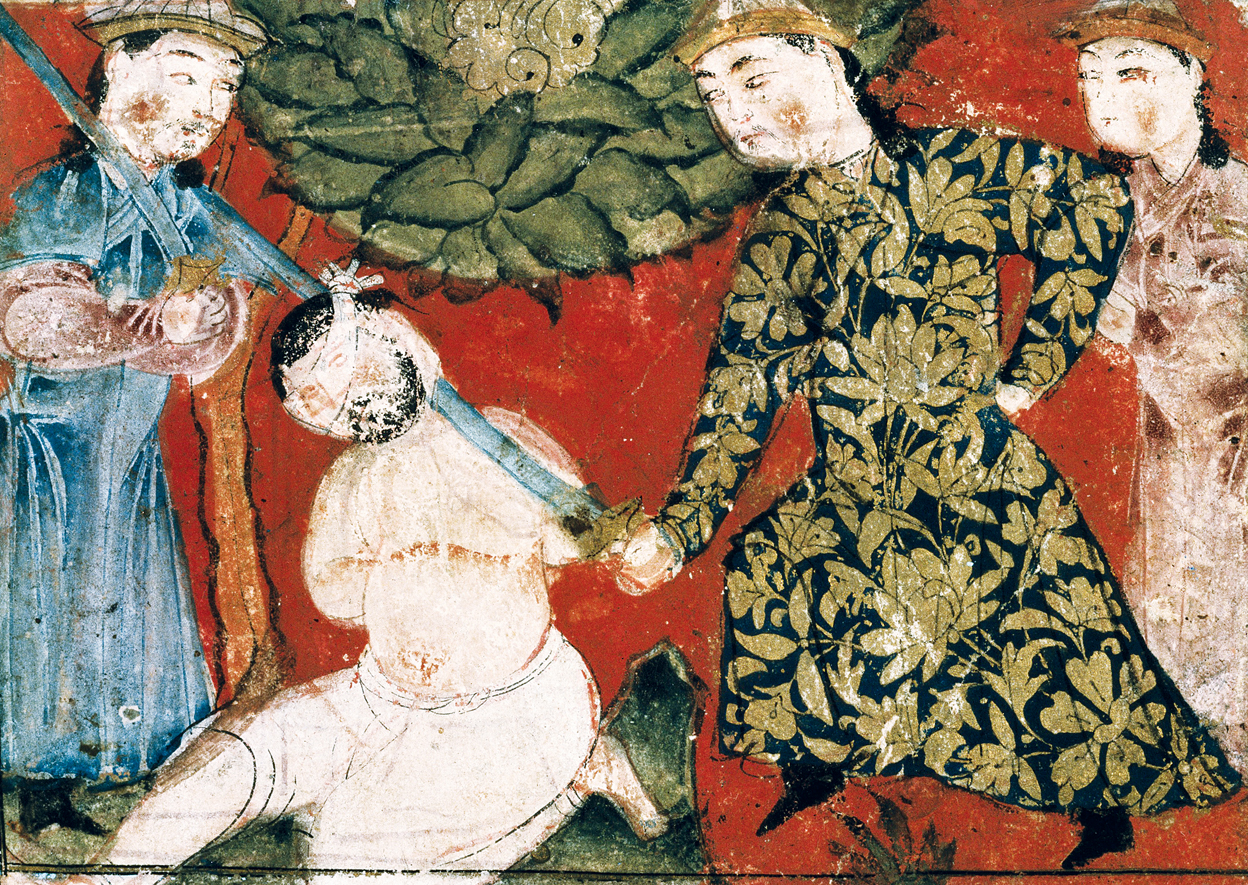 Soon after her arrival in London, Mary contracted an acquaintance with one of her countrywomen, named Anne Murphy, by whom she was invited to partake of a lodging in Long Acre. Murphy intimated to her that she could introduce her to a mode of life that would prove exceedingly lucrative, adding that the most profound secrecy was required. In the evening Murphy introduced her to a number of men and women, assembled in a kind of club, near St. Giles’. These people gained their living by cutting off women’s pockets and stealing watches, etc., from men in the avenues of the theatres, and at other places of public resort; and on the recommendation of Murphy, they admitted Mary a member of the society.

After Mary’s admission they dispersed, in order to pursue their illegal occupation, and the booty obtained that night consisted of eighty pounds in cash and a valuable gold watch. As Mary was not yet acquainted with the art of thieving, she was not admitted to an equal share of the night’s produce; but it was agreed that she should have ten guineas. She now regularly applied two hours every day in qualifying herself for an expert thief by attending to the instructions of experienced practitioners, and in a short time she was distinguished as the most ingenious and successful adventurer of the whole gang.

In a few months our heroine became so expert in her profession as to acquire great consequence among her associates, who distinguished her by the appellation of “Jenny Diver”—on account, as we conceive, of her remarkable dexterity.

Jenny, accompanied by one of her female accomplices, joined the crowd at the entrance of a place of worship in the Old Jewry, where a popular divine was to preach, and observing a young gentleman with a diamond ring on his finger, she held out her hand, which he kindly received in order to assist her. At this juncture she contrived to get possession of the ring without the knowledge of the owner; after which, she slipped behind her companion and heard the gentleman say that as there was no probability of gaining admittance he would return. Upon his leaving the meeting, he missed his ring and mentioned his loss to the persons who were near him, adding that he suspected it to be stolen by a woman whom he had endeavoured to assist in the crowd; but as the thief was unknown, she escaped.

The above robbery was considered as such an extraordinary proof of Jenny’s superior address that her associates determined to allow her an equal share of all their booties, even though she was not present when they were obtained.

A short time after the above exploit she procured a pair of false hands and arms to be made, and concealing her real ones under her clothes, she repaired on a Sunday evening to the place of worship above mentioned in a sedan chair, one of the gang going before to procure a seat among the more genteel part of the congregation, and another attending in the character of a footman.

Jenny being seated between two elderly ladies, each of whom had a gold watch by her side, she conducted herself with seeming great devotion; but when the service was nearly concluded, she seized the opportunity—when the ladies were standing up—of stealing their watches, which she delivered to an accomplice in an adjoining pew. Flushed with the success of this adventure, our heroine determined to pursue her good fortune; and as another sermon was to be preached the same evening, she adjourned to an adjacent public house, and having entirely changed her dress, she returned to the meeting, where she had not remained long before she picked a gentleman’s pocket of a gold watch, with which she escaped unsuspected.

Her accomplices also were industrious and successful for—on a division of the booty obtained this evening—they each received thirty guineas. Jenny had now obtained an ascendancy over the whole gang, who, conscious of her superior skill in the arts of thieving, came to a resolution of yielding an exact obedience to her directions.

Jenny—attended by an accomplice, as a footman—went toward St. James’ Park on a day when the King was going to the House of Lords, and there being a great number of persons between the Park and Spring Gardens,
she purposely slipped down and was instantly surrounded by many of both sexes who were emulous to afford her assistance; but, affecting to be in violent pain, she intimated to them that she was desirous of remaining on the ground till she should be somewhat recovered. As she expected, the crowd increased, and her pretended footman and a female accomplice were so industrious as to obtain two diamond girdle buckles, a gold watch, a gold snuffbox, and two purses, containing together upward of forty guineas. 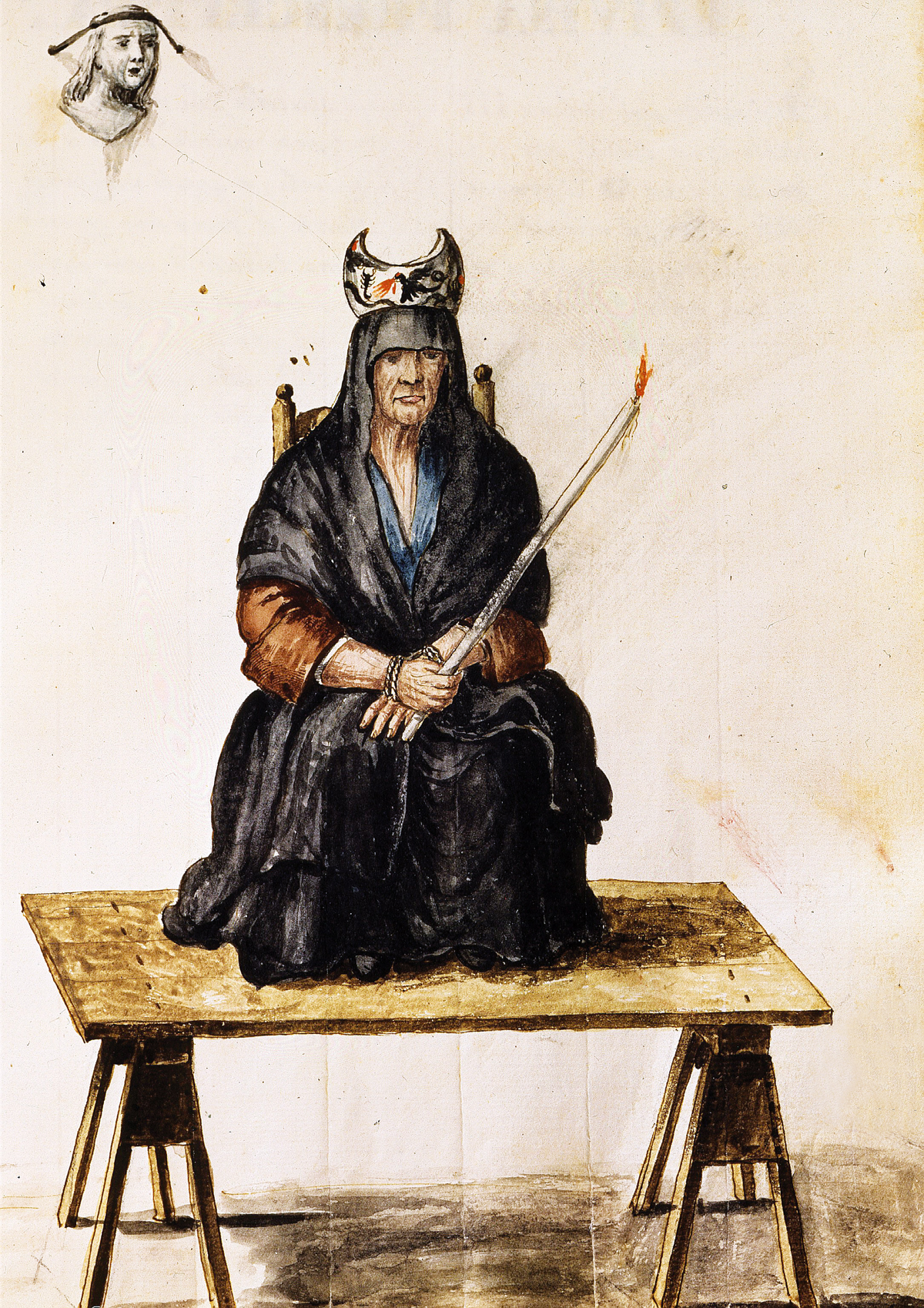 Two of the gang being confined to their lodgings by illness, Jenny and the man with whom she cohabited generally went in company in search of adventures. They went together to Burr Street, Wapping, and, observing a genteel house, the man, who acted as Jenny’s footman, knocked at the door and saying that his mistress was on a sudden taken extremely ill, begged she might be admitted. This was readily complied with, and while the mistress of the house and her maidservant were gone upstairs for such things as they imagined would afford relief to the supposed sick woman, she opened a drawer and stole sixty guineas; and after this, while the mistress was holding a smelling bottle to her nose, she picked her pocket of a purse, which, however, did not contain money to any considerable amount. In the meantime the pretended footman, who had been ordered into the kitchen, stole six silver tablespoons, a pepper box, and a salt cellar. Jenny, pretending to be somewhat recovered, expressed the most grateful acknowledgments to the lady and, saying she was the wife of a capital merchant in Thames Street, invited her in the most pressing terms to dinner on an appointed day, and then went away in a hackney coach, which by her order had been called to the door by her pretended servant.

She practised a variety of felonies of a similar nature in different parts of the metropolis and its environs. On one occasion, as Jenny and an accomplice in the character of a footman were walking through Change Alley, she picked a gentleman’s pocket of a banknote for two hundred pounds.

Jenny and her gang had now become so notorious a pest to society that they judged it necessary to leave the metropolis, where they were apprehensive they could not long remain concealed from justice. They practised a variety of stratagems with great success in different parts of the country; but, upon revisiting London, Jenny was committed to Newgate on a charge of having picked a gentleman’s pocket, for which she was sentenced to transportation. She remained in the above prison nearly four months, during which time she employed a considerable sum in the purchase of stolen effects. When she went on board the transport vessel, she shipped a quantity of goods, nearly sufficient to load a wagon. The property she possessed ensured her great respect, and every possible convenience and accommodation during the voyage; and on her arrival in Virginia she disposed of her goods and for some time lived in great splendour and elegance.

She soon found that America was a country where she could expect but little emolument from the practices she had so successfully followed in England; and therefore, she employed every art that she was mistress of to ingratiate herself in the esteem of a young gentleman who was preparing to embark on board a vessel bound for the Port of London. He became much enamoured of her and brought her to England; but while the ship lay at Gravesend, she robbed him of all the property she could get into her possession.

From The Complete Newgate Calendar. Begun in the eighteenth century by the keeper of Newgate prison in London, the Calendar evolved from a monthly notice of executions into a series of chapbooks about notorious convicts and crimes. Charles Dickens and Henry Fielding were influenced by the compendium’s many lurid tales for aspects of their novels.