Holly Jackson is an associate professor of English at the University of Massachusetts, Boston. She is the author of American Radicals: How Nineteenth-Century Protest Shaped the Nation. Her writing has also appeared in the New York Times, the Washington Post, and the Boston Globe, as well as a number of scholarly venues. 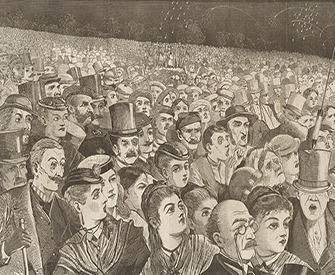 Expanding the radical promise of the American Revolution. More