Born to free parents in the slave state of Maryland, the prolific writer Frances Ellen Watkins Harper—often called the mother of African American journalism—started her career as an abolitionist orator in New England and the Midwest. She published poems, short stories, articles, and novels, usually in Black periodicals, and was an active organizer and leader of the Woman’s Christian Temperance Union and the National Association of Colored Women. “We are all bound up together in one great bundle of humanity,” she said in a speech at the 1866 National Women’s Rights Convention, “and society cannot trample on the weakest and feeblest of its members without receiving the curse in its own soul.” 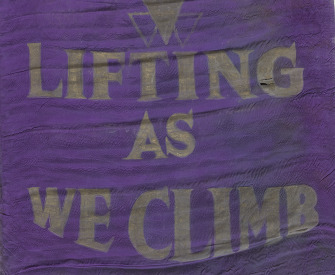 A group of gossips wonder how much women’s suffrage will change the nation. More