Elizabeth Harper writes about Catholic relics and oddities on her blog All the Saints You Should Know. Her essays and photographs have appeared in Atlas Obscura, Hazlitt, Slate, and VICE Italia. She has lectured on incorrupt saints at the Mütter Museum as part of Death Salon and on the Neapolitan Cult of the Dead as part of the Bishop Walter Sullivan Lecture Series at Virginia Commonwealth University. She recently contributed an essay to Death: A Graveside Companion, and her photographs of incorrupt saints will be featured in the Metropolitan Museum of Art’s forthcoming catalog The Body in Color. 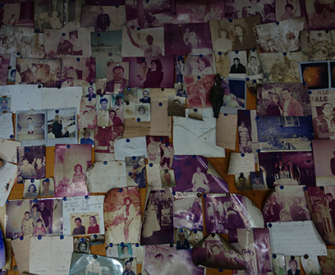 Reach Out and Touch Faith

On venerating Uncle Vincent and the saints who can never be saints. More