Playwright, theater director, and novelist Neil Bartlett was a prominent activist for gay rights and HIV awareness throughout the 1980s and ’90s. His first book, Who Was That Man?, was a pioneering reassessment of Oscar Wilde in the context of British gay culture; in 2000 he was commissioned by the National Theatre in London to mark the centenary of Wilde’s death with a new play, In Extremis. He has directed both Wilde’s An Ideal Husband and his own stage adaptation of The Picture of Dorian Gray at the Abbey in Dublin, and in 2017 he gave a marathon solo six-hour reading of De Profundis from the chapel of HM Prison Reading, a performance which has since been watched online around the world. 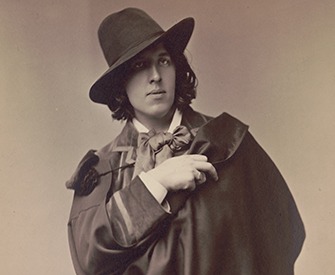 On laughter and thought in the famed writer’s essays. More