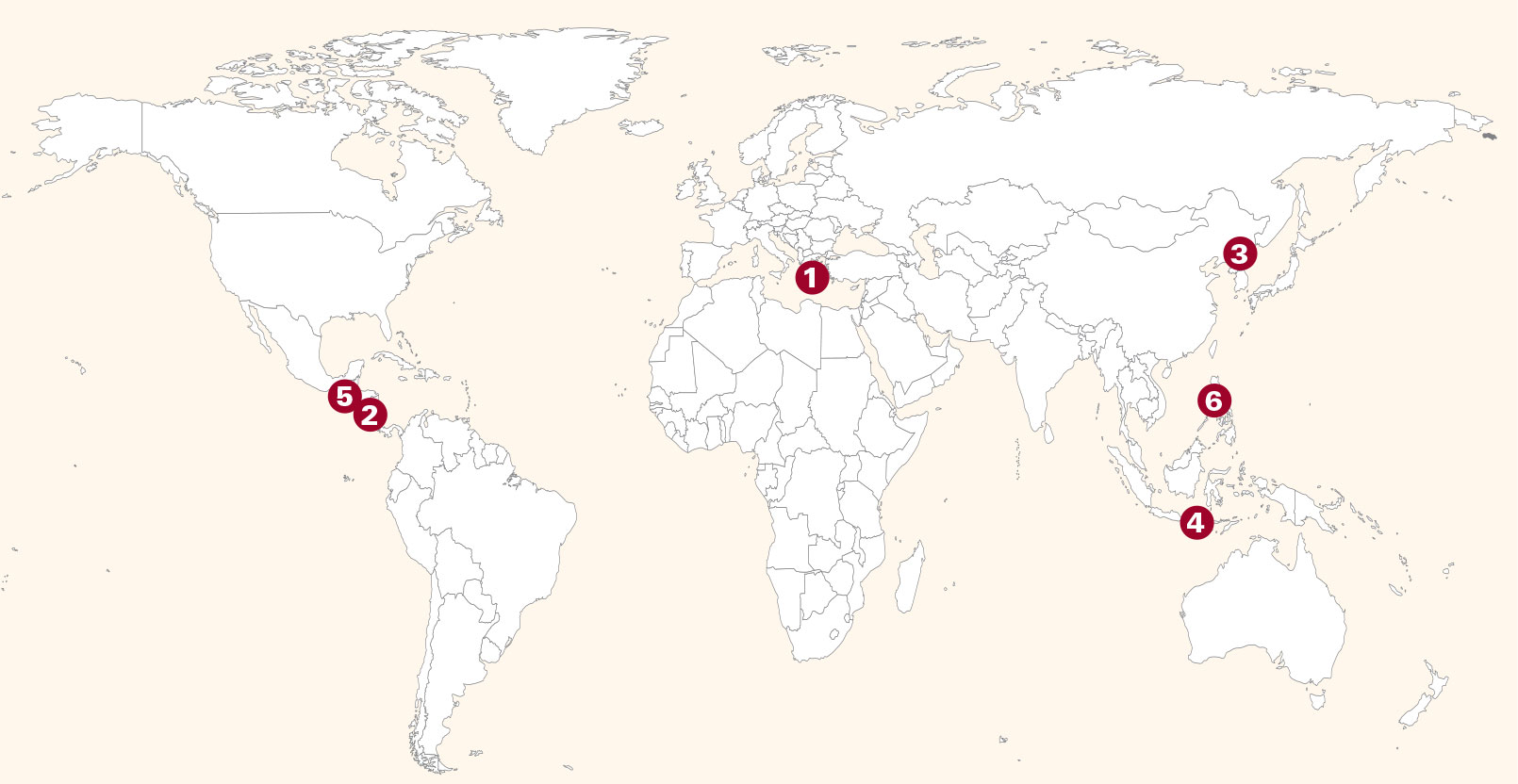 Blast: The Cycladic island volcano explodes with an energy equivalent to hundreds of atomic bombs, destroying the Minoan settlement of Akrotiri and inspiring the myth of Atlantis.

Blast: The eruption engulfs Mayan cities and farms, clogging rivers with mud and tephra and leaving a seventy-square-mile caldera in the mountain. Up to 100,000 people are killed and 400,000 displaced.

Fallout: The sky remains dense with ash for more than a year. Overtaken by algae and moss, the region is not resettled for another two centuries. Roman and Chinese historical records describe an eighteen-month period of darkness, crop failures, and famine.

Blast: “Thunders like a drum” are observed in Japan and Korea as forty-two megatons of sulfur are launched into the air, leaving a caldera three miles wide and half a mile deep.

Blast: The largest single release of volcanic gas of the Common Era sends ozone-destroying sulfates to both the North and South Poles. The eruption buries the Lombok city of Pamatan.

Fallout: Germans refer to the following year as Munkeliar (year of fog) due to a persistent dust veil. “There was no summer during the summer,” reads a Norman chronicle. “Grapes could not reach maturity. They were green, altered, and in poor health.”

Blast: Over the course of nineteen days, more than a cubic mile of debris shoots into the air in a vertical column at least sixteen feet high, devastating much of southwestern Guatemala and darkening the skies.

Fallout: Guatemala’s coffee industry is destroyed. Ash begins to settle in Mexico City, with some of it eventually detected in San Francisco. Twenty years later lava starts to flow from the crater, destroying several square miles of villages and plantations and killing hundreds of residents.

Blast: Following a year of earthquakes, including one with a magnitude of 7.8, the volcano produces the largest cloud of sulfur dioxide ever observed in the stratosphere. The cloud rises twenty-two miles into the air, and dust blankets the countryside.

Fallout: Ash circulates around the globe multiple times, causing the earth’s surface temperature to drop by a degree for about three years. Around twenty thousand Aeta highlanders displaced from their homes on the volcano’s slopes are relocated by the government into emergency housing.