Dined with Goethe. “Within the last few days, since I saw you,” he said, “I have read many things, especially a Chinese novel which occupies me still and seems to me very remarkable.”

“Chinese novel!” I said. “That must look strange enough.”

“Not so much as you might think,” said Goethe; “the Chinamen think, act, and feel almost exactly like us—and we soon find that we are perfectly like them, except that all they do is more clear, pure, and decorous than with us.

“With them all is orderly, citizenlike, without great passion or poetic flight, and there is a strong resemblance to my Hermann and Dorothea, as well as to the English novels of Samuel Richardson. They likewise differ from us in that with them external nature is always associated with the human figures. You always hear the goldfish splashing in the pond, the birds are always singing on the bough, the day is always serene and sunny, the night is always clear. For instance, ‘I heard the lovely girls laughing, and when I got sight of them they were sitting on cane chairs.’ There you have at once the prettiest situation, for cane chairs are necessarily associated with the greatest lightness and elegance. Then there is an infinite number of legends which are constantly introduced into the narrative and are applied almost like proverb—as for instance one of a girl who was so light and graceful in the feet that she could balance herself on a flower without breaking it, and then another of a young man so virtuous and brave that in his thirtieth year he had the honor to talk with the emperor—then there is another of two lovers who showed such great purity during a long acquaintance that, when they were on one occasion obliged to pass the night in the same chamber, they occupied the time with conversation and did not approach one another. 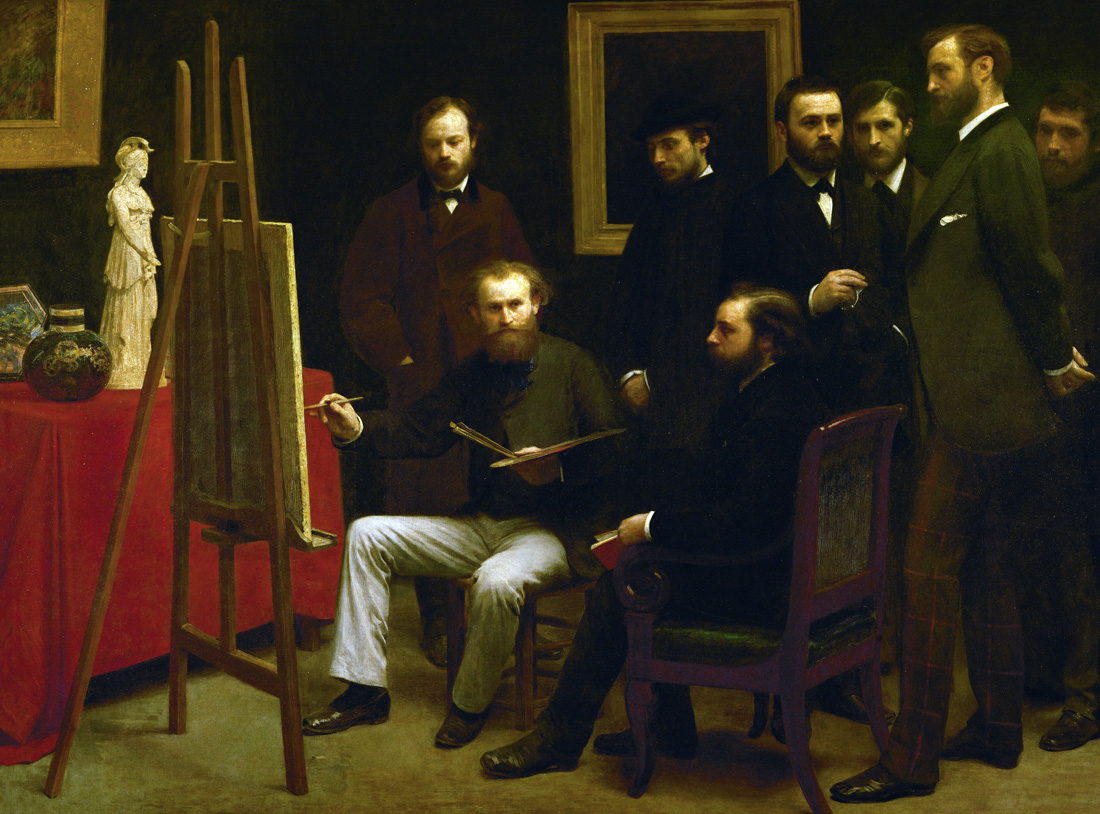 “There are innumerable other legends, all turning upon what is moral and proper. It is by this severe moderation in everything that the Chinese empire has sustained itself for thousands of years, and will endure hereafter.”

“But,” I said, “is this Chinese romance one of their best?”

“By no means,” said Goethe. “The Chinese have thousands of them—and had when our forefathers were still living in the woods.

“I am more and more convinced,” he continued, “that poetry is the universal possession of mankind, revealing itself everywhere and at all times in hundreds and hundreds of men. One makes it a little better than another and swims on the surface a little longer than another—that is all. The poet Friedrich von Matthisson must not think he is the man, nor must I think that I am the man; but each must say to himself that the gift of poetry is by no means so very rare, and that nobody need think very much of himself because he has written a good poem.

“But really, we Germans are very likely to fall too easily into this pedantic conceit, when we do not look beyond the narrow circle that surrounds us. The epoch of world literature is at hand, and everyone must strive to hasten its approach. But, while we thus value what is foreign, we must not bind ourselves to some particular thing, and regard it as a model. We must not give this value to the Chinese, or the Serbian, or Calderon, or the Nibelungen; but, if we really want a pattern, we must always return to the ancient Greeks, in whose works the beauty of mankind is constantly represented. All the rest we must look at only historically, appropriating to ourselves what is good, so far as it goes.”

Johann Peter Eckermann, from Conversations of Goethe. Eckermann’s colloquies with Johann Wolfgang von Goethe took place during the nine years preceding the German poet, statesman, and playwright’s death at the age of eighty-two in 1832. Eckermann wrote in his preface, “I loved to seize on the import of his words, and to note them down, that I might possess them for the rest of my life.”