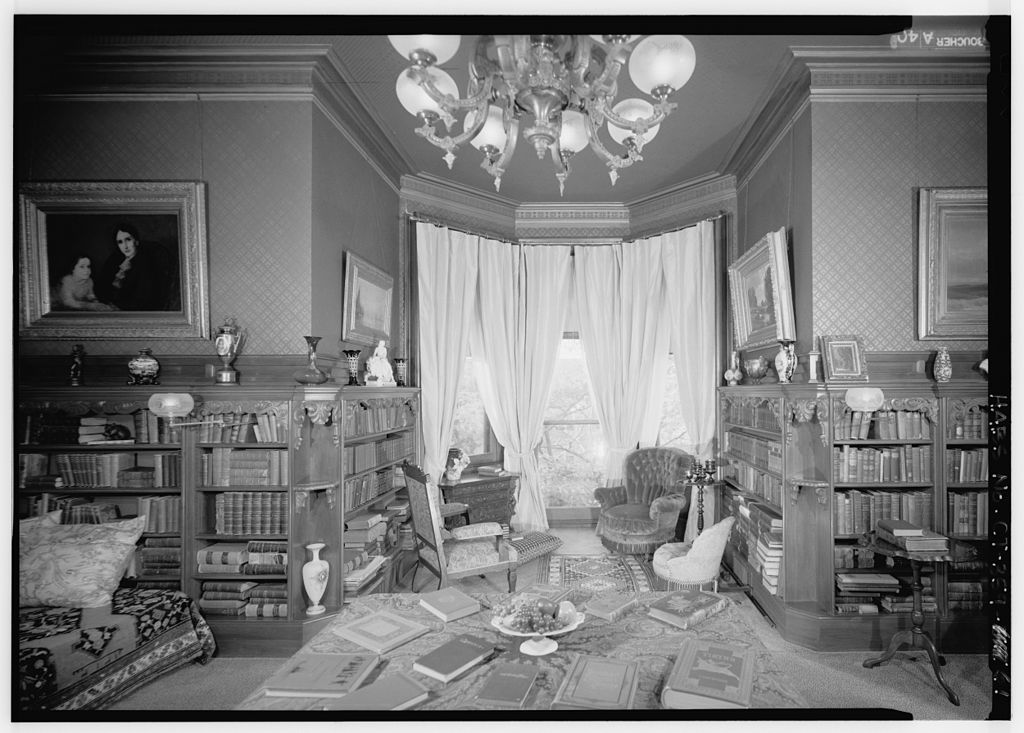 Interior of the Mark Twain House in Hartford, Connecticut. Library of Congress.

• Mark Twain and Harriet Beecher Stowe redecorate, to various levels of success: “In 1874, Twain lamented to his in-laws that decorating the house was a distraction; he was embroiled in discussions ‘by the tapestry devil who is to upholster the furniture, by the idiot who is putting down the carpets, by the scoundrel who is setting up the billiard-table.’ He described himself as ‘a man who loathes details with all his heart.’” (New York Times)

• The ballet of politics and the politics of ballet. (The New Republic)

• How an obsession with “people sorting” turned ugly: “In a paper published in the American Journal of Sociology in 1904, Galton defined eugenics as ‘the science which deals with all influences that improve the inborn qualities of a race; also with those that develop them to the utmost advantage.’ Racial ‘science,’ per se, was not the innovation: eugenics was Galton’s dream of a discipline that would be able to not only understand human reproduction but control it, and would do it through data collection. Eugenics would allow the state to produce an ‘exact stocktaking of the nation,’ allowing them to identify individuals who were ‘hereditarily remarkable’ and encourage them to breed with one another. Their genetic inferiors—who were to be found, for the most part, among the lower classes and non-white races—would be discouraged from reproducing at all.” (The New Inquiry)

• Surrealism in the kitchen. (The Guardian)

• In the nineteenth century, “night doctors” pillaged the graves of African Americans in the name of science: “In 1831, Thomas Wentworth Higginson reported seeing in a Charleston newspaper an ad for the South Carolina Medical College that ran, ‘Some advantages of a peculiar character are connected with this institution, which is may be proper to point out. No place in the United States offers as great opportunities for the acquisition of anatomical knowledge. Subjects being obtained from among the coloured population in sufficient numbers for every purpose, and proper dissections carried on without offending any individuals in the community!’ Just as in life, African Americans were expected to offer cheap labor to drive an economy that benefited whites; in death, the medical establishment soon saw, they could further monetize their corpses to attract foreign medical students.” (Paris Review Daily)