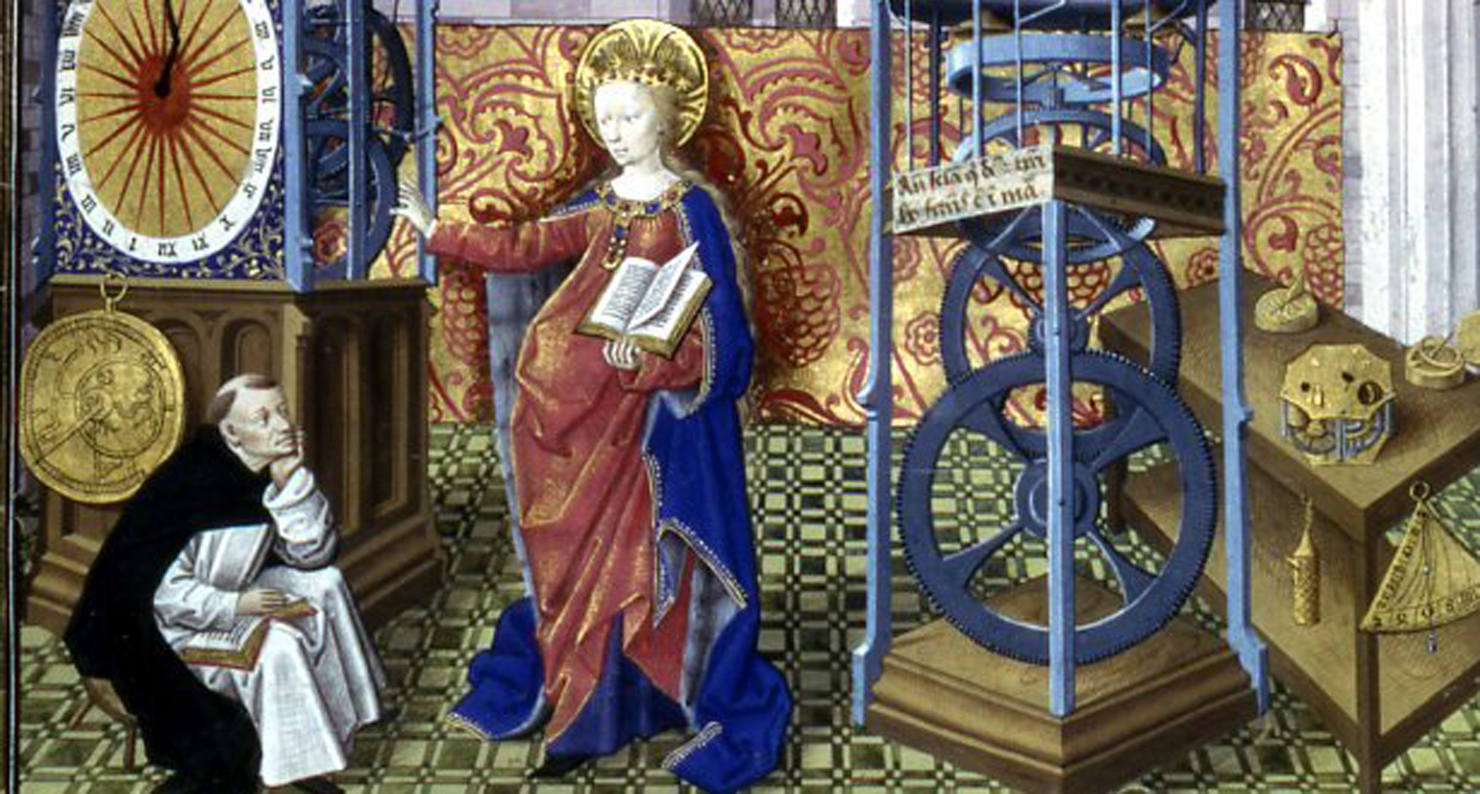 “For me, the chair is an object. Useless so long as I am looking at it. What is the time, please, so that I may know if I am living this moment?” —Clarice Lispector

To the extent that time is a measurement, it can be exploited. While our share of it may be fixed, we stretch, subdivide, and kill it. As long ago as the Upper Paleolithic, perhaps twenty thousand years before agriculture, we used tally sticks, or bones, tools notched to count and keep track of one thing or another, as well as the passing days—though that not necessarily by design. We also call those gouges nicks; as in British slang for “to steal”; as in “Old Nick,” an epithet for the devil; as in the phrase “in the nick of time,” an idiom that lives on in good health, there being no better way to convey the air of violent synchronicity that comes with arriving almost too late.

Parallel stories in the Time issue of Lapham’s Quarterly address the attempts of authoritarian regimes to define and control modern time, but a familiarity with Virginia Woolf or William Faulkner is all it takes to see that we’re well disposed to exploding those temporal fiats, seeking a primal, ahistorical sense of sequence. Events occur one after the other, but it doesn’t always feel that way. And because raw time is individuated, prone to disruption and distortion, we cannot be shocked when it sparks derangements that undermine reality, grand elucidations of our nagging sense of a world-defining glitch.

Consider a fringe blogger’s proposal, previously made in nineteenth-century France, to splinter time into metric or base-10 units—the planet’s rotation taking ten “hours” of ten “minutes” apiece, with ten time zones in total, one encompassing the continental United States. Blogger George Ure doesn’t merely think this method practical for governance; he considers it a magic bullet for joblessness, as almost every facet of life would need to be reprogrammed:

Ure cites the robust economy of China, a country that has, since 1949, applied Beijing Standard Time (GMT+8) across five geographic time zones. This example was both praised and rejected by the Atlantic, which mulled splitting the U.S. into two time zones, “Eastern” and “Western,” before reporting that China’s policy has given rise to balkanized time that has as much to with your ethnic subgroup as your location.

Charges against U.S. Daylight Savings Time tend to focus on lost effort and unnecessary complexity, and so it seems we’re caught in a bind: the management of time is problematically confusing whether we keep old ways or adopt new.

This difficulty was pinned down by Benjamin Franklin, whose satirical, anonymous letter to the Journal of Paris in 1784 is a crucial treatise on the subject. Annoyed at being woken by a six o’clock dawn after a long night out, Franklin proposed realigning the city’s schedule to make better use of sunlight and reduce candle expenses—mostly to the benefit of layabouts like himself. The faux-humility tickles here, along with the suggested tax on window shutters. “For the great benefit of this discovery, thus freely communicated and bestowed by me on the public,” Franklin wrote, “I demand neither place, pension, exclusive privilege, nor any other reward whatever. I expect only to have the honor of it.”

How small a leap it is from the premise of this jest to the weary hubris of time truthers like Peter James Italia, a Vermont man recently quarantined over his trip to survey the Ebola outbreak in Sierra Leone. Italia was insulted that his expertise as a doctor went untapped in relief efforts there, perhaps owing to his degree, acquired from a Dominican medical school with dubious international status. “Because I do not have a medical license,” he had explained on Facebook, “those international organizations helping here in West Africa such as Doctors Without Borders and Samaritans Purse would not accept me.”

Local news reports, identifying Italia as a potentially infected American after he outed himself online, sketched a curriculum vitae that included an e-book: Quantum Medicine: True Stories Involving the Use of Time Travel in the Treatment and Prevention of Death and Disease. “When faced with the unfortunate, but nevertheless real, limitations of modern medicine,” Italia writes in the book’s preface, “conventional methods having proven to be totally inadequate or nonexistent, I have very frequently used other methods (such as time travel) that are far beyond the scope of modern medicine and natural human abilities.”

According to his author bio, Italia’s gifts go beyond the Hippocratic:

On numerous occasions, he has also provided government, military and local authorities in the United States, as well as the news media and friends, with important information about “future” news and world events of major significance (only to be ignored and thus has given up), especially with regard to terrorism, crime, politics, war, and the weather, including the following: the 9/11 terrorist attacks, the anthrax letters, the shoe bomber, the Elizabeth Smart kidnapping, the D.C. snipers, the space shuttle Columbia disaster, the Madrid and London bombings, the small airplane crash in New York City involving Yankees pitcher Cory Lidle, the ambush and killing of U.S. troops in Iraq and Afghanistan, hurricanes Katrina and Irene, the major earthquakes and tsunamis in Indonesia and Japan, the Secret Service scandal, and more. Rejected and ignored, a virtual outcast, a pariah among society, he is currently homeless and living on the streets of U.S.A.

In a self-interview, on the subject of his detractors, Italia commits a sublime bit of comedy: “If they want to remain ignorant, that's their problem,” he says. “I don’t have time for them.”

Odd to imagine the U.S. government rejecting Italia’s foreknowledge of events when it’s invested in that sorcery itself. Myths of the Philadelphia Experiments—in which the Navy destroyer escort U.S.S. Eldridge supposedly traveled a few seconds into the past and/or teleported from the Philadelphia Naval Shipyard to the coast of Norfolk, Virginia, on October 28, 1943, with crew horribly mutilated as a result—gave rise to tales of a Montauk Project on Long Island, eventually supplemented by Washington lawyer Andrew D. Basiago’s account of Project Pegasus. Basiago says that in 1968, at the age of seven, he became “a participant in the U.S. time-space exploration program,” repeatedly visiting the 1800s and even attending the Gettysburg Address. Children’s elastic minds, the military found, were better equipped to handle “the strains of moving between past, present and future.”

And that, to use a paranoid cliché, is the tip of the iceberg. There’s Heribert Illig, the German writer who insists that three hundred years of the Middle Ages were invented and inserted into history around the mid-900s by Pope Sylvester II and various ruling monarchs. There are alternative chronologies that seek to revise what we know about ancient Egypt, or prove that the statues of Greek and Roman antiquity are exquisite fakes crafted during the Renaissance to support an officially falsified timeline. There’s the Anderson Institute, “a private research and development laboratory whose resources are targeted specifically at the time control applications using time-warped field technology in its proprietary time reactor systems (patent pending),” though some wonder if missing founder “David Lewis Anderson” has returned to the future from whence he came, or remains at large in India, “where the largest time-control facilities in the world are housed.”

Infernal villainy runs through all. Dark forces are bent on misrepresenting time, silencing crusaders who say so. Checks on these technologies or powers are no less arbitrary than the narratives themselves: an alleged “Ex-Illuminati Programmer/Trainer” who claimed the shadow society schools its young in the art of time travel added that the “demonically driven” practice erodes the mind over time and is therefore “forbidden by scripture.” Most projection, this person said, was into the past. “In fact, there was a barrier up so a person couldn't go too far into the future (maybe a day or so). I don't know why the barrier is there, I have no idea.” Macabre hints of the Rumsfeldian “unknown unknown,” that piece of information not only inaccessible but epistemologically invisible.

You might not expect pseudoscience to lean on religious language, but for these crackpots, it’s grandiose enough to put a concept across, and the devil is in the details. Gene Ray, an Atlanta personality who became Internet legend with his Time Cube ravings, had enough technical faith in the idea that Earth is cube-shaped and endures four simultaneous days with each rotation to debate the point before an amused audience at MIT—and offer $10,000 to anyone who could refute it—but his argument is grounded in anti-Christian bias, embellished with xenophobia. “You are taught Evil, You act Evil, You are the Evil on Earth,” Ray writes on his word-salad website, which also makes room for the alarming observation that no human being has a bellybutton. “Only your comprehending the Divinity of Cubic Creation will your soul be saved from your created hell on Earth.”

“If ignorant of the almighty Time Cube Creation Truth, you deserve to be killed,” Ray concludes. In a single phrase, he collapses the distance between philosophical eccentricity and genocidal rage, and cuts to the totalizing effect of far-out abstraction. Ray holds his conviction because it explains (or, per his rhetoric, “has an answer for”) every mystery of the universe; the methods of the Philadelphia Experiments are rumored to be based on Einstein’s unified field theory, apparently a state secret from the moment of its description. Peter Italia embraces a fatalist view that allows him to “predict” tragedies in retrospect. All these serpents eat their own tails, and all the believers want to abolish contradiction.

There’s a sort of time conspiracy conspicuous by its absence, except in science fiction, which is maybe down to this very reason. Backward causation, the Stanford Encyclopedia of Philosophy warns, is not to be confused with time travel, but does invite paradoxes of the murdering-your-grandfather variety, and with them a determinist vision of the universe that would arguably be supported by the revelation of faster-than-light particles.

A proper notion of backward causation requires a static account of time in the sense that there is no objective becoming, no coming into being such that future events exist on the par with present and past events. … The future must contain facts, events with certain properties, and these facts can make sentences about the future true or false.

Let Hollywood try to iron out these kinks—time theorists won’t settle. Despite inhabiting one, they can’t bear the thought of a plot hole. And the story must suit them. What good is glimpsing the truth if you don’t have a chance to change it? What hope remains for hope when you’ve always been too late?