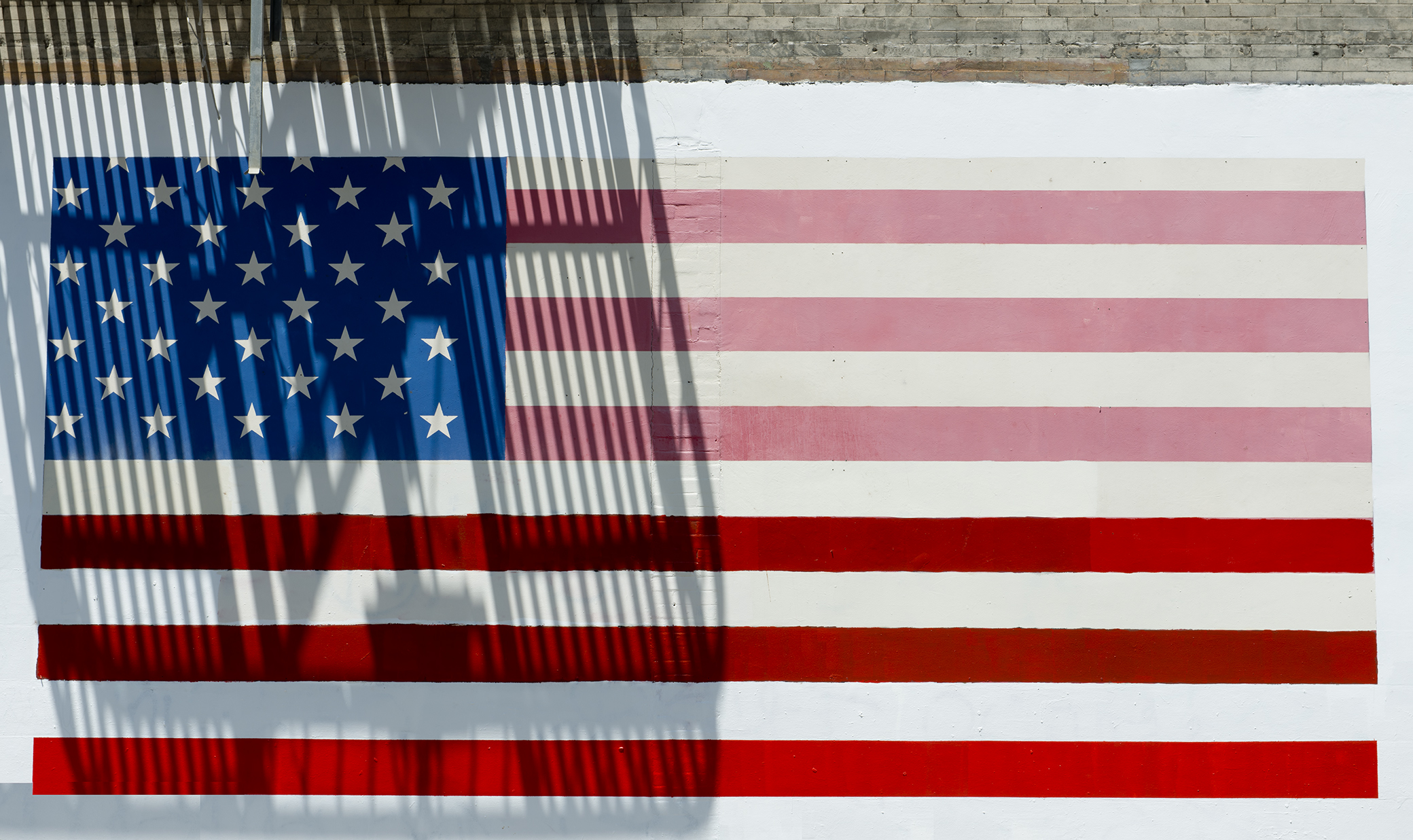 Comedian Richard Pryor made his first television appearance in 1964. “You probably don’t know me,” he says at the beginning of his set. “I’m not a New Yorker. My home is in Peoria, Illinois.” He pauses as a few people in the audience laugh. His smile falters, and his face falls slack. Finally, a few people applaud. “Thank you,” he says before going on with his act.

In the clip it’s not entirely clear why Peoria, a city of around 112,000 located along the Illinois River about 165 miles southwest of Chicago, drew the sparse yet pointed laughter. Is it that Peoria isn’t well-known? Is there humor in its obscurity? Do people in the crowd know of Peoria and find some latent joke within their own associations with the city? Or is it Pryor’s own response to his hometown, the immediate physical registration of the juxtaposition between New York City and Peoria his introduction set up? No matter the reason for the laughter, the takeaway is that the simple invocation of Peoria, Illinois, is a punch line.

This has been true for close to—if not over—a century. During the days of vaudeville, Peoria landed on the receiving end of jokes that framed the river city, in all its simplistic, dull glory, as a stand-in for some mythical yet nonexistent all-American town. “Do you know Peoria?” a performer asks in one popular and oft-quoted bit. Their partner would respond, “Peoria? Oh, yes—I spent four years there one night!” The city also acquired a reputation as a testing ground that stays with the city to this day. “Will it play in Peoria?” has, since the question was first posed in a novel by Horatio Alger Jr. in 1890, been perhaps the greatest cultural touchstone the city has outside of its own state.

There is some disagreement about what the question means. Growing up in nearby Bureau County, Illinois, I always heard that the phrase hearkened back to a lost time when Peoria was an arts hub through which the best shows of the day passed. “Playing in Peoria” was shorthand for a show being good. It wasn’t until I was in college that I heard the alternative interpretation, that a show playing in Peoria meant it was milquetoast and anodyne enough to pass muster with a less urbane audience—and thus liable to bring in profits. These dichotomous visions of Peoria’s influence always seemed to say something about the area itself—that those of us who live in the vicinity of Peoria had given ourselves undue credit, while the rest of the country saw less, if anything, to talk about.

Perhaps these two conceptions of what it means for something to play in Peoria speak less to how this one specific community sees itself in relation to the country as a whole and more to the dueling—or brawling, giving the many visions at play—narratives about what America truly is. “Will it play in Peoria?” may have originated with vaudeville, but it is not confined to the arts. Since the 1970s, Peoria has become a political entity, a lazy substitute for Middle America. In that context, the significance of Peoria—a Peoria devoid of history or an identity of its own—becomes wrapped up in our notions of the “real America” of the rural heartland. Playing in Peoria isn’t about Peoria at all, but rather about the mythologized Midwest, an apolitical, old-fashioned, values-based vision of the country as a whole. The Peoria of popular imagination, like the Midwest of popular imagination, represents what people outside of it think is inside, although they’ve never bothered to peer in.

America is skilled at conflating its mythologies with its histories. There’s a rich irony to this city in particular becoming known as a paragon of what it means to be Midwestern. Originally founded as a French settlement in 1691, by the 1920s Peoria was more or less the liquor capital of the country due to the availability of spring water and corn and its location as a hub for rail and river shipping. The city produced about one-fifth of all alcohol consumed nationwide, and it paid the highest liquor taxes of any jurisdiction in the United States. Other industries also flourished, but liquor largely shaped the economy. 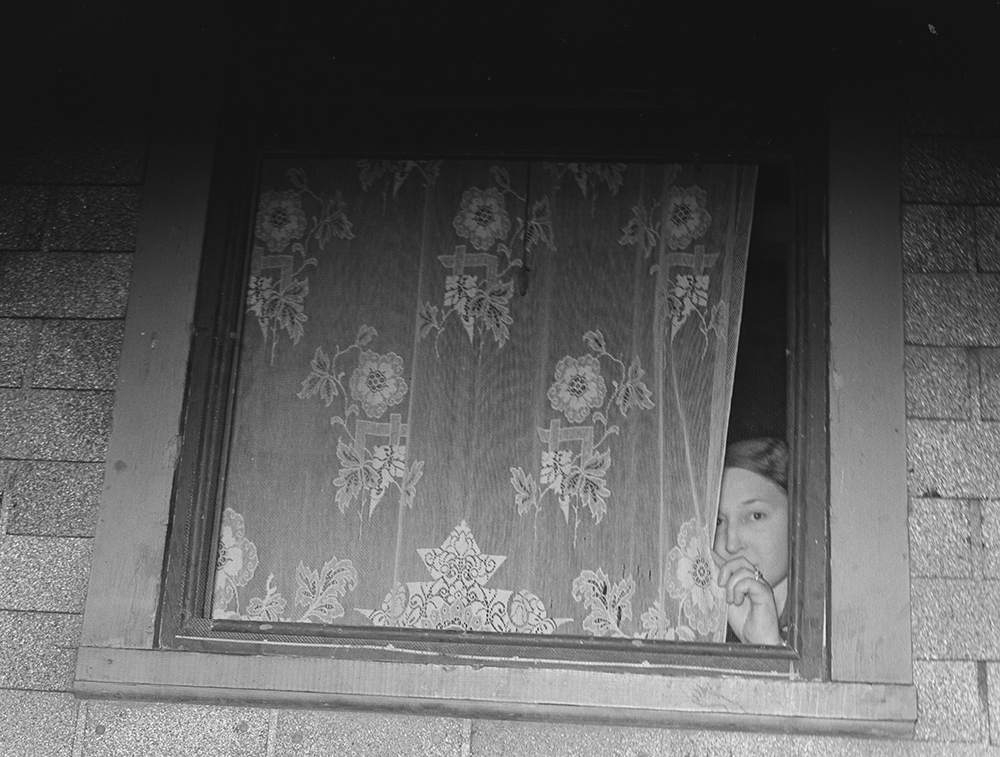 Peoria took an economic hit when Prohibition came into effect in 1920. The moment did, however, make room for a violent and lucrative trade in vice. The city was a hideout for Al Capone, but homegrown gangsters flourished as well. The Shelton Gang, led by brothers Carl, Earl, and Bernie, were once called the bloodiest gang in the country; they controlled the bootleg trade in southern Illinois, including Peoria, from 1920 to 1928. With the bootlegging came gambling, brothels, and crime. The city rebelled against the moralizing of the 1920s by indicting federal agents who raided speakeasies on charges of larceny and assault—which a grand jury called “dry terrorism”—among other tactics. Before long, Peoria became known as the Sin City of the Midwest. It wasn’t until 1930, when the murder of Cora Garrison—who was killed during a machine-gun ambush in a failed attempt to kidnap her husband, proprietor of a gambling house—drew the attention of the state’s attorney that serious efforts were made to get control of the city. It would remain a hotbed of illicit activity until the 1950s.

Jack Kerr noted in Whisper Magazine—in an article from near the end of this era found and collected by the digital project “Richard Pryor’s Peoria”—that while the rest of the country saw Peoria as a laughable “folksy town populated entirely by schoolmarms and loveable hicks,” the city was in fact “a guzzling, gambling, girly-girly whirl,” where those who laughed at the place from a distance would not want to walk at night. Even then, the nationwide perception of Peoria was shaped more by the idealized vision of the city than reality.

By 1956 the tide had turned, and “Sin City” Peoria was being referred to “Old Peoria,” as a Journal Star article on the city’s former depravity called it. By the late 1950s, the city the newspaper said was once “wide open as the gateway to Hell” was closing, thanks in part to veterans who had returned from World War II and decided to clean the city up. Betty Friedan, another Peoria native, wrote about the city’s transformations for Redbook in 1955. “When my generation came home from war they didn’t just shrug,” she wrote. Instead, they got themselves elected to office and took on the illegal markets that had been defining the city; their efforts led to increased raids that got the mayor’s home bombed. “No one is apologizing for my hometown anymore,” she wrote. 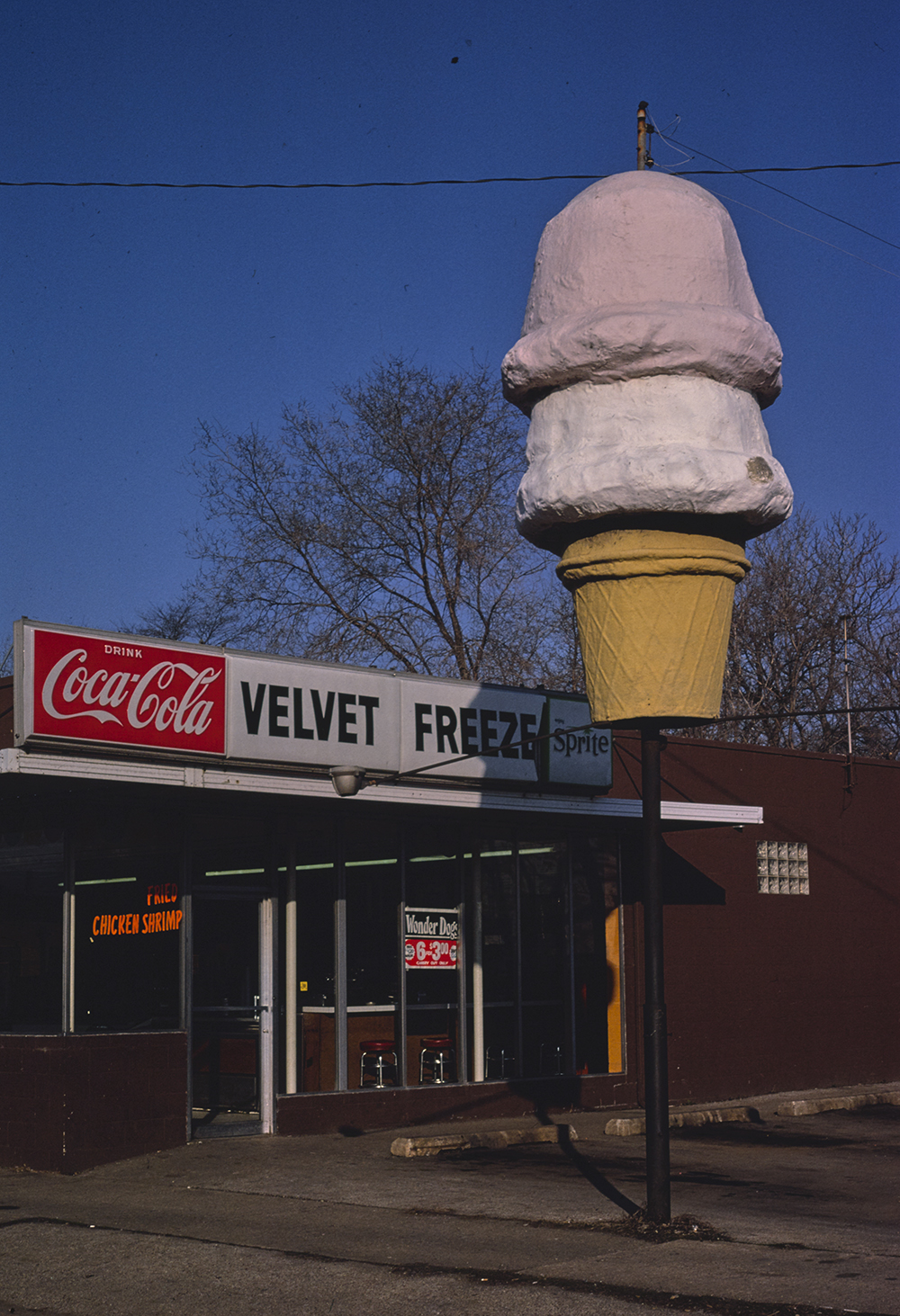 Friedan’s hometown within Peoria, however, belies the universality of her perspective. She grew up on the middle-class “bluff,” as opposed to the industrial “valley.” As she later told PBS, the class distinction between the two was something she didn’t immediately recognize, a blind spot that likely extended beyond Peoria’s city limits. “Below the hill were, I suppose, what you would call the working-class people and the poor, but you never saw them,” she said.

The class divide Friedan noted was and is still a racial divide. Tellingly, when Friedan wrote in 1955 of a changing Peoria, fifteen-year-old Richard Pryor, the son of a pimp and a sex worker, was growing up in the still chaotic world of casinos and brothels in downtown Peoria. Peoria has always been a majority-white city, with the black population around 27 percent in the city itself and closer to 10 percent in the wider metropolitan area, which includes towns that now abut Peoria proper. Segregation and house discrimination continues to be widespread, and with it a high unemployment rate for black residents. In 2017 Peoria Magazine reported that the disparities are especially stark in the 61605 zip code, a historically black area south of Peoria’s downtown and part of the so-called valley. Almost half of the households in that zip code fell below the poverty line, compared to 17 percent in the city as a whole. While Friedan’s view from the bluff in 1955 was of a city transforming, those in the valley were—and are—seeing the city through a very different lens.

In the 1970s Peoria began playing another role: that of a political bellwether. John Ehrlichman, an adviser to President Richard Nixon, credited himself with elevating Peoria in a 1999 interview with the Journal Star: “In some conversation or another in the White House…I said, ‘How is this going to play in Peoria?’ meaning how is the average American going to react to this?” It is fair to wonder who he meant when he talked about the “average” American typified by Peoria. Ehrlichman worked on Nixon’s campaign before becoming White House counsel and then a particularly powerful chief domestic adviser. In 1975 Ehrlichman was convicted of crimes related to Watergate and went to prison. Of the administration’s war on drugs, he said in 1994, “The Nixon campaign in 1968, and the Nixon White House after that, had two enemies: the antiwar left and black people…By getting the public to associate the hippies with marijuana and blacks with heroin, and then criminalizing both heavily, we could disrupt those communities.”

Yet the idea of Peoria as representing the average American has proved to have staying power. Presidential candidates since Nixon have campaigned there, and many in the political media have wondered whether or not policies seen as too far to the left, such as the Affordable Care Act, would “play” there. In 2009 CNN’s Dave Schechter summed up the ubiquity of the phrase when he wrote, “I want $1 for every time…a reporter, commentator, or anchor wonders aloud how President Obama and his plan to stimulate the economy are ‘playing in Peoria.’ ” On the night of the 2016 presidential election, Peoria even got attention on BBC News, when presenter Andrew Neil reminded international viewers that Peoria is the place to watch. But Neil was incorrect: Peoria went for Clinton, a small dot of blue in what turned out to be a close race in Illinois. The old adage, which misses much of the nuance of both Peoria and the U.S. electoral system, can’t always be trusted. But perhaps it never could be. 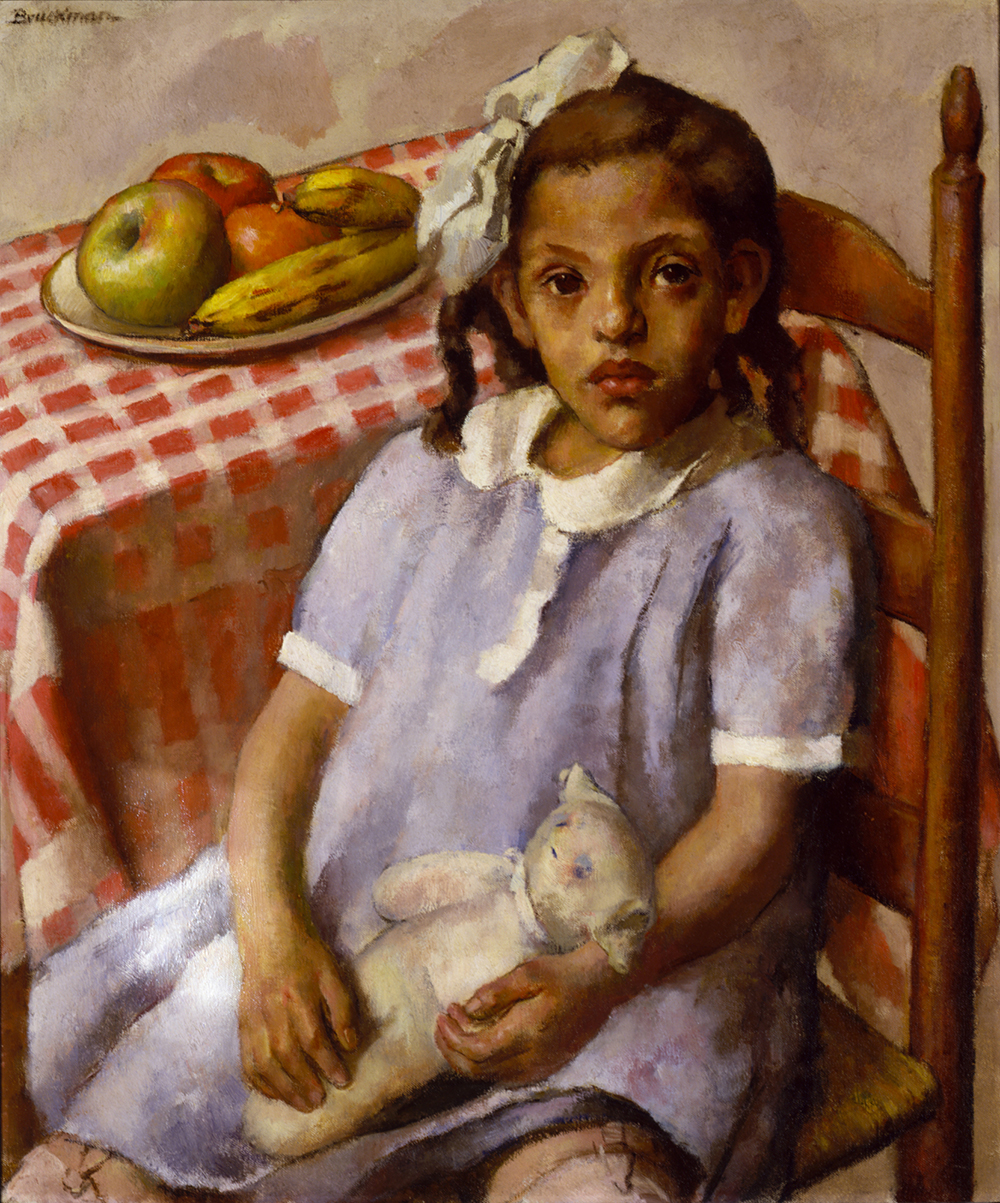 The story of Peoria is in many ways the story of the region it has come to represent. Like the Midwest, Peoria has competing narratives at play: the complex reality of the place and the simplified myth it inhabits. The Midwest has come to represent a “real” America that is coded as fundamentally white, conservative, rural, and driven by family values. Like Peoria, it doesn’t have a unique history or an identity rooted in nuance and depth of perspective. It exists more as a concept than a place, something that belongs to a collective conscious but not in the real world.

The irony, of course, is that the reality of Peoria could make it a fitting symbol for a certain type of American historical geography. Few things could be more intrinsically American than those that define Peoria’s history and place in the world today. But in place of nuance, hard truths, and tricky patches of history, it’s easier and comforting to pick up a couple of pieces and hold them up as the whole. But when the piecemeal, incomplete version becomes a deeply entrenched stand-in—when the Peorias of our imagination eclipse the Peorias of reality—omission becomes erasure, and the will to understand morphs into willful misconception. If we want the Midwest—and Peoria with it—to be something of a mirror of the nation, shifting our way of seeing this space that in many long-obscured ways does tell a certain story about who and what and where we have been as a nation could reflect something worthwhile and challenging back to us.

Bridey Heing is a writer and critic based in Washington, DC. Her writing on literature, culture, and politics has been published by The Economist, the Times Literary Supplement, and Pacific Standard, among others.