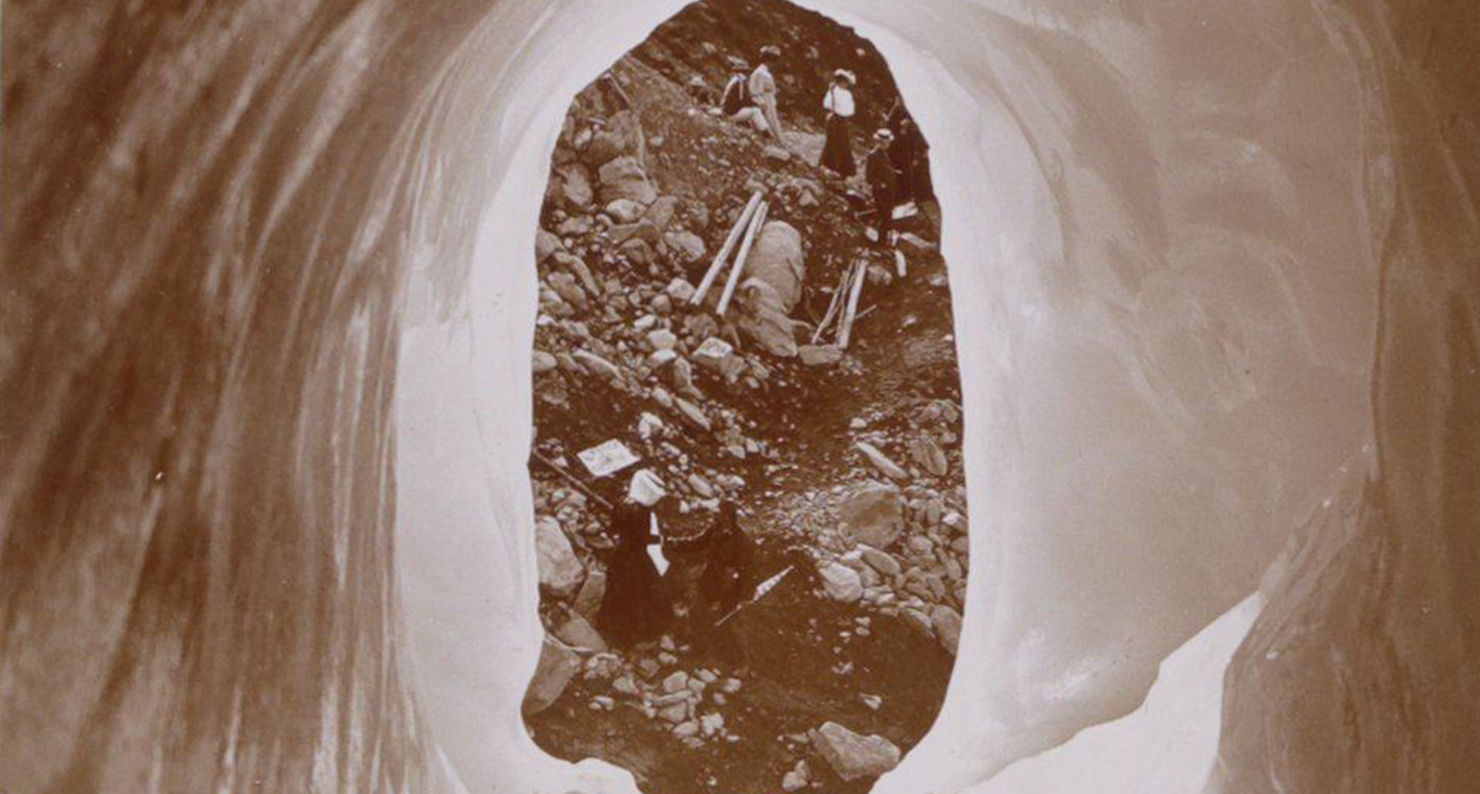 There are hundreds of archival documents indicating Nazi attempts to differentiate between occult charlatanry and putatively “scientific occultism.” During the Second World War, the German Navy, Himmler’s SS, and Joseph Goebbels’ Propaganda Ministry all hired astrologers and pendulum dowsers to obtain military intelligence and conduct psychological warfare. The Gestapo, worried about offending both Hitler and the German public, even banned professional debunkers from revealing the secrets behind “magic.”

Throughout this period Hitler and Himmler sponsored a fanciful doctrine known as “World Ice Theory,” which posited that history, science, and religion could be explained by moons of ice hitting the earth in prehistoric times. Even in 1945, as the Third Reich was collapsing, the Nazis cobbled together a guerrilla band of Nazi “Werewolves” to combat Communist partisans, who were in turn accused of vampirism by ethnic Germans fleeing the Russians.

No mass political movement drew as consciously or consistently as the Nazis on what I call the “supernatural imaginary”—occultism and “border science” (Grenzwissenschaft); pagan, New Age, and Eastern religions; folklore, mythology, and many other supernatural doctrines—in order to attract a generation of German men and women seeking new forms of spirituality and novel explanations of the world that stood somewhere between scientific verifiability and the shopworn truths of traditional religion. Certainly no mass party made a similar effort, once in power, to police or parse—much less appropriate and institutionalize—such doctrines, whether in the realm of science and religion, culture and social policy, or the drive toward war, empire, and ethnic cleansing. Without understanding this relationship between Nazism and the supernatural, one cannot fully understand the history of the Third Reich.

Invented by the Austrian scientist and philosopher Hanns Hörbiger, World Ice Theory (Welteislehre or WEL) was inspired by a dream in which Hörbiger found himself floating in space, observing a giant pendulum swinging back and forth, growing ever longer and eventually breaking. When he woke Hörbiger claimed to know intuitively that the sun’s gravitational pull ceased to exert any force at three times the distance of Neptune and that most of the physical universe could be explained through the interplay of the “antagonistic Ur-substances of ice and fire.”

Lacking even a rudimentary scientific background, Hörbiger enlisted the amateur astronomer Philip Fauth, with whom he collaborated in publishing their “findings,” Glacial Cosmogony, in 1912. Their work posited that much of the known universe was created when a small, water-filled star collided with a much larger star, causing an explosion, the frozen fragments of which created multiple solar systems, including our own. Gravity, the rotation of the planets, and various other interstellar phenomena could all be explained through interactions between primordial satellites made of ice. So too could Earth’s geological history, as moons made of ice crashed into it in prehistoric times, generating floods, ice ages, and various layers of the earth’s crust. Even human and animal biology were explained by World Ice Theory, including the creation of the human race through the impact of a meteor containing “divine sperma.”

Hörbiger and his supporters proclaimed Welteislehre to be a “scientific revolution.” It provided the foundation of a new “cosmic cultural history,” an “astronomy of the invisible” founded upon “creative intuition.” Absurd and totalizing as it was, Hörbiger’s “all-encompassing theory of heaven and earth” promised to solve “the cosmic riddle between original creation and world collapse.” It explained everything from “the origins of the sun and species” to “the earthquake of Messina,” Inca religion, and Nordic mythology. 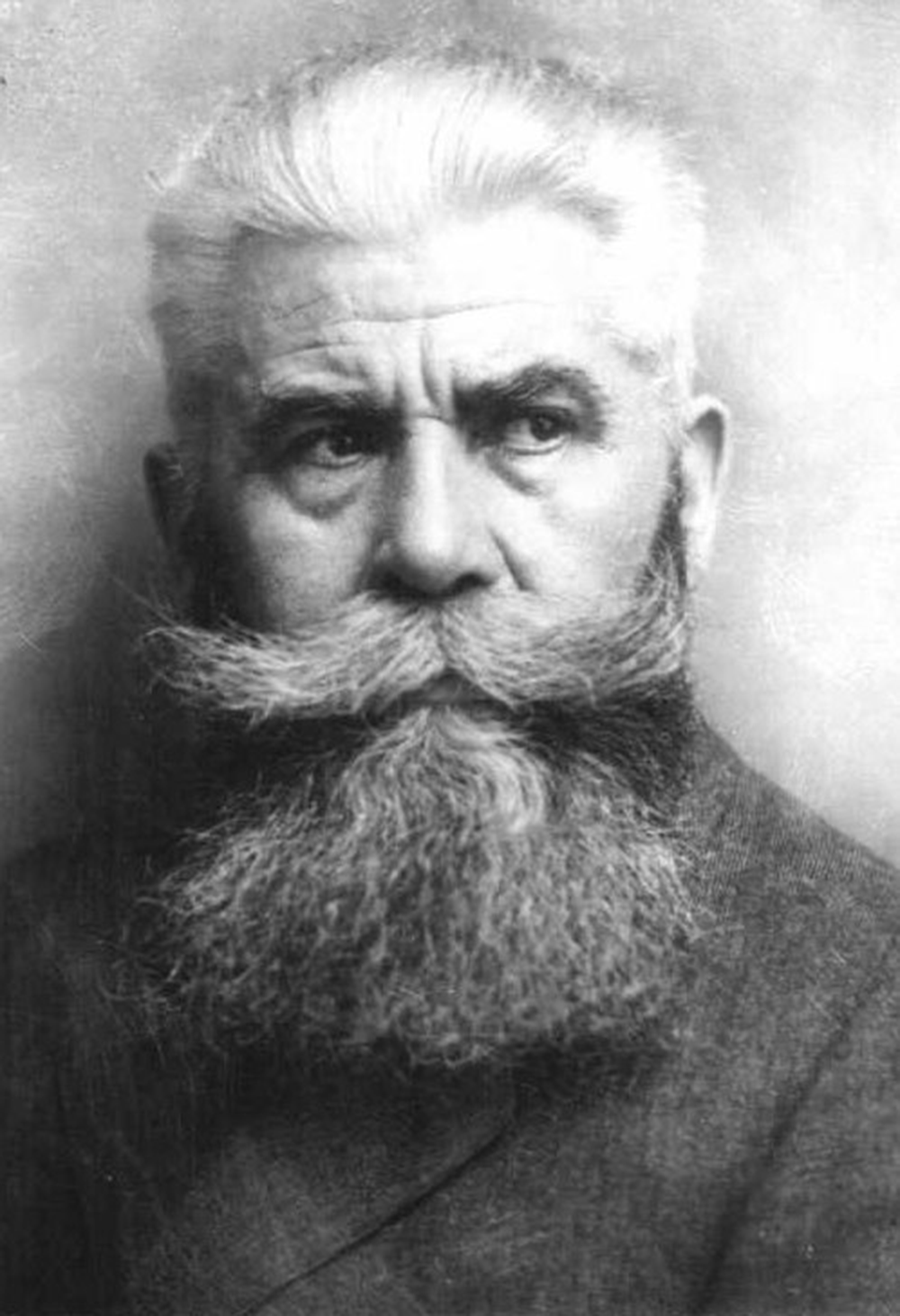 As the supreme “navigator” of Welteislehre, Hörbiger could change its logic, theses, and systems at will, inoculating his theory against any arguments from mainstream science. By providing all the necessary clues to convince his audience that what they saw was truly “scientific,” Hörbiger’s doctrine “produced sensations of authenticity that made the distinction between ‘serious’ scientific work, committed to objectivity and rationality, and mere dramatic banter about it almost impossible, at least for the broader public,” wrote scholar Christina Wessely. World Ice Theory was therefore a quintessential border science, proudly combining fantasy and reality in ways that delighted spiritually hungry lay people but exasperated scientists.

Indeed, few physicists, astronomers, or geologists gave Hörbiger’s theory any credence. According to the astronomer Edmund Weiss, Hörbiger’s intuitive methods could just as easily be used to claim the cosmos was made of olive oil as ice. Like most border scientists, Hörbiger merely ignored his critics, accusing them of closed-mindedness or lack of “faith” in his visions. No formula or numbers could prove Welteislehre, Hörbiger argued, because his theory was in flux and alive, a “new evangelism” and “global view of salvation” (erloesendes Weltbild). He focused instead on convincing laypeople of the rectitude of his theories, hoping this would push mainstream science to take his ideas more seriously. He gave hundreds of public lectures, produced World Ice movies and radio programs, and published World Ice novels and magazines.

In the 1920s a number of amateur scientists and bourgeois intellectuals joined together to form the Cosmotechnical Society (Kosmotechnische Gesellschaft) and Hörbiger Institute, creating a virtual cult around Hörbiger and his teachings. His theories also appealed to ariosophists (believers in an esoteric doctrine that prophesied the resurgence of a lost Aryan civilization peopled by Nordic “God Men”) and Germanic paganists such as Houston Stewart Chamberlain, Guido von List, and Lanz von Liebenfels, who saw in Welteislehre “scientific” proof of their views. In this Ur-Germanic alternative to “Jewish” physics and “soulless” natural science, the cataclysmic floods, apocalyptic battles, and heroic Aryan civilization of the Old Norse Edda appeared to be confirmed.

The popularity of Welteislehre is emblematic of the broader renaissance of occult and border science in the first three decades of the twentieth century. Phenomena such as Welteislehre, parapsychology, and astrology were neither anachronistic nor marginal. They were popular manifestations of a “scientific esotericism” that sought legitimacy within the scientific establishment and across a broader public. Despite attacks by state officials, liberals, and even conservative religious groups, occultism and border science continued to grow in popularity, becoming “not only an upstart religion but also an upstart science,” writes Corinna Treitel in A Science for the Soul: Occultism and the Genesis of the German Modern. In producing a “science of the soul,” a “reenchanted science” that transcended both scientific materialism and traditional religion, the border sciences allowed Germans the chance to challenge the authority of both.

There was no border science in the Third Reich that was more widely or uncritically embraced than World Ice Theory. Both astrology and biodynamic agriculture were closely associated with Austro-German occult doctrines such as ariosophy and anthroposophy. But they still derived from occult traditions that carried with them potentially “Jewish” or “oriental” elements that needed to be filtered out or refashioned before being appropriated by the Third Reich. World Ice Theory, on the other hand, was authentically “German,” providing an alternative system of understanding the physical and metaphysical world that helped buttress Nazi views on race and space, science and religion.

World Ice Theory also stood at the center of Nazi attempts to reframe science and reestablish the “interdependence of all spheres of research and knowledge” as it had “ostensibly been in the Middle Ages.” The Nazis, per Michael Kater, characterized “the traditional distinction between humanistic and natural science” as “specialist fetishization,” which unnecessarily separated off “individual scientists into their special fields.” In the Third Reich, according to many Nazi leaders, humanistic, social scientific, and natural scientific fields would be merged, producing “the unity of soul and body, intellect and blood, God and world as precondition of a new indo-Germanic worldview,” according to Kater. With its inane claims to constituting a grand unified, interdisciplinary theory of the universe, while simultaneously incorporating völkisch (racialist) conceptions of race, space, and Nordic mythology, World Ice Theory was the perfect exemplar of Nazi border science. Hanns Hörbiger was a brilliant self-promoter who managed to make his fantastical ideas appear scientific to the dilettantes that defined the occult public. But World Ice Theory also had the ideological advantage over other border sciences in that it was almost perfectly compatible with a Nazi cosmology.

World Ice Theory, according to the Nazi intellectual Edgar Dacqué, represented a “racial spirit of the times and science” rolled into one. It was an “aggressive response and revolutionary departure from the system of foreign scientific powers,” including the “self-satisfied bourgeois” astronomy and physics of the West. Both Nordic mythology and völkisch-esoteric doctrines such as ariosophy had posited a series of Ur-cataclysms and ice ages, which caused biological mutations in Earth’s inhabitants, producing Atlantean supermen and monstrous humanoids. Weaned on Wagner, Chamberlain, and Lanz von Liebenfels, many völkisch thinkers consequently recognized in World Ice Theory the ancient Aryans (Atlanteans) whose civilization had been destroyed by their former Tschandal (subhuman) slaves. Supporters of World Ice Theory were likewise keen to point out parallels between the Austrians Hörbiger and Hitler, including their mutual success, as so-called amateurs, in conquering the fields of science and politics respectively.

World Ice Theory was the only border science that Hitler embraced wholly and with conviction. There is much discussion of “pre-moon humanity” in Greek sources, Hitler opined to Himmler, which in the Führer’s opinion had to do with the “World Empire of Atlantis, which fell victim to the catastrophe of the moons falling to Earth.” He read the fanciful books authored by the proponents of World Ice Theory and appeared to believe its predictive qualities when it came to geological and meteorological phenomena. Hitler talked of erecting a great observatory in his hometown of Linz, Austria, representing “the three great cosmological conceptions of history—those of Ptolemy, Copernicus, and Hörbiger.” Hitler is even supposed to have suggested that World Ice Theory might eventually replace Christianity.

Eric Kurlander is a professor of history at Stetson University. His books include Hitler’s Monsters: A Supernatural History of the Third Reich; Living with Hitler: Liberal Democrats in the Third Reich, 1933–1945; and The Price of Exclusion: Ethnicity, National Identity, and the Decline of German Liberalism, 1989–1933.