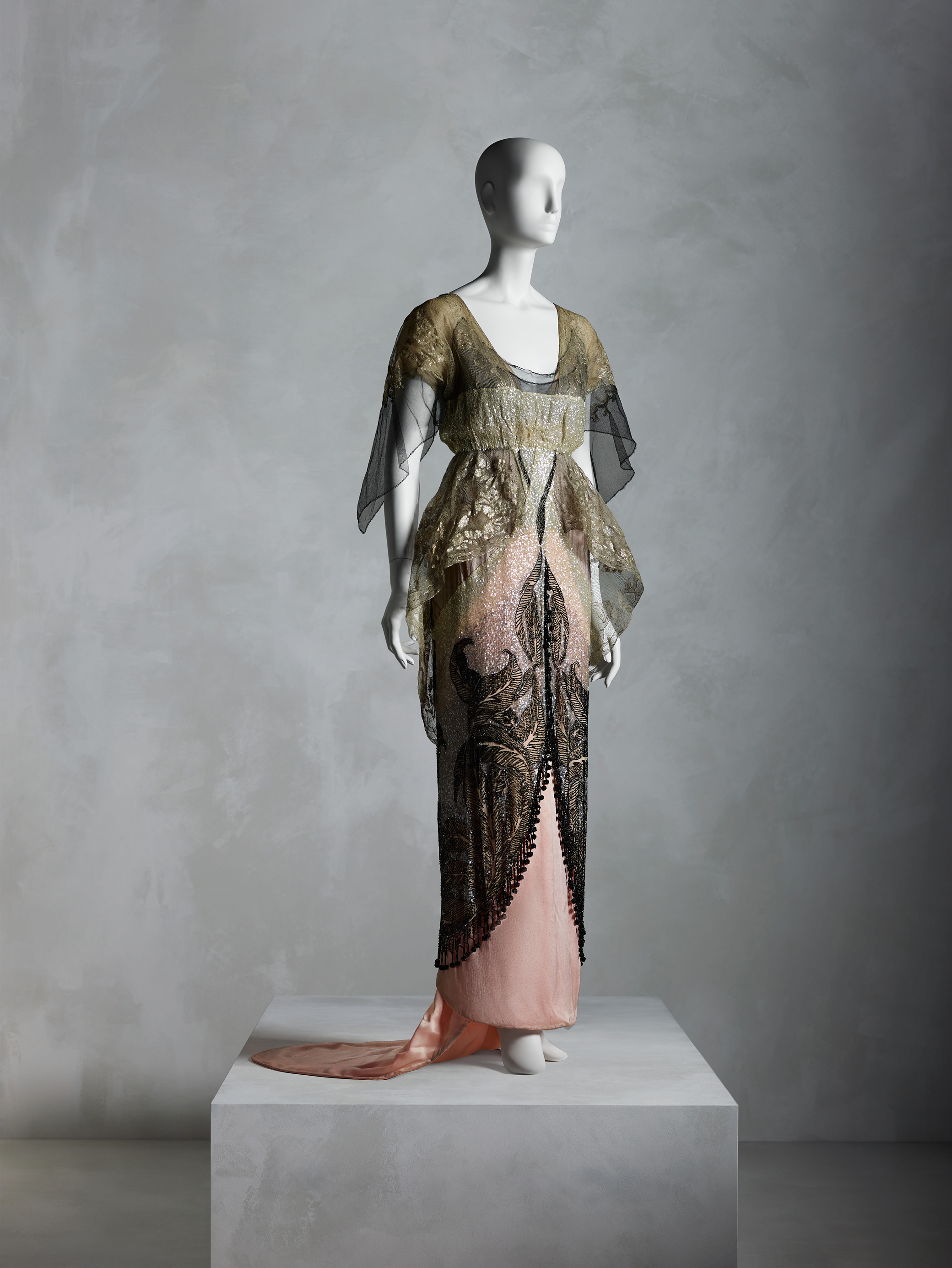 In Book 14 of the Iliad, the goddess Hera, with ambrosia-soaked skin and glossy plaits, snares Zeus and so secures peace between him and her father, Cronus, with only a gown and a belt. Her toilette begins like a campaign, a battle to be decisively won. She puts on a lavishly embroidered and “fragrant robe of delicate material” fashioned by Athena and fastened with golden clasps. Aphrodite gives her a hundred-tasseled “zone,” a girdle unimaginably ornate with “curious stitches,” and instructs her to keep it close. “All my power resides in this, and I have no fear that you will come back from your mission unsuccessful,” she explains in sisterly confidence, the ultimate girlfriend loaning a dress, buoying Hera with hope. The ensemble is so effective, Homer writes, that “at the first look, Zeus’s heart was captured by desire.”

Hera’s is the dress women dream of: the kind that is capable of beguilement. We long for the dress that could transfix all who look upon it. This is the very definition of glamour, a word that derives from the old Scots glamer, and refers to something akin to sorcery, a charm or deception cast over the eyes. In “glamour,” the objective of a dress is never simply the loveliness of the garment itself but the gaze it can summon. 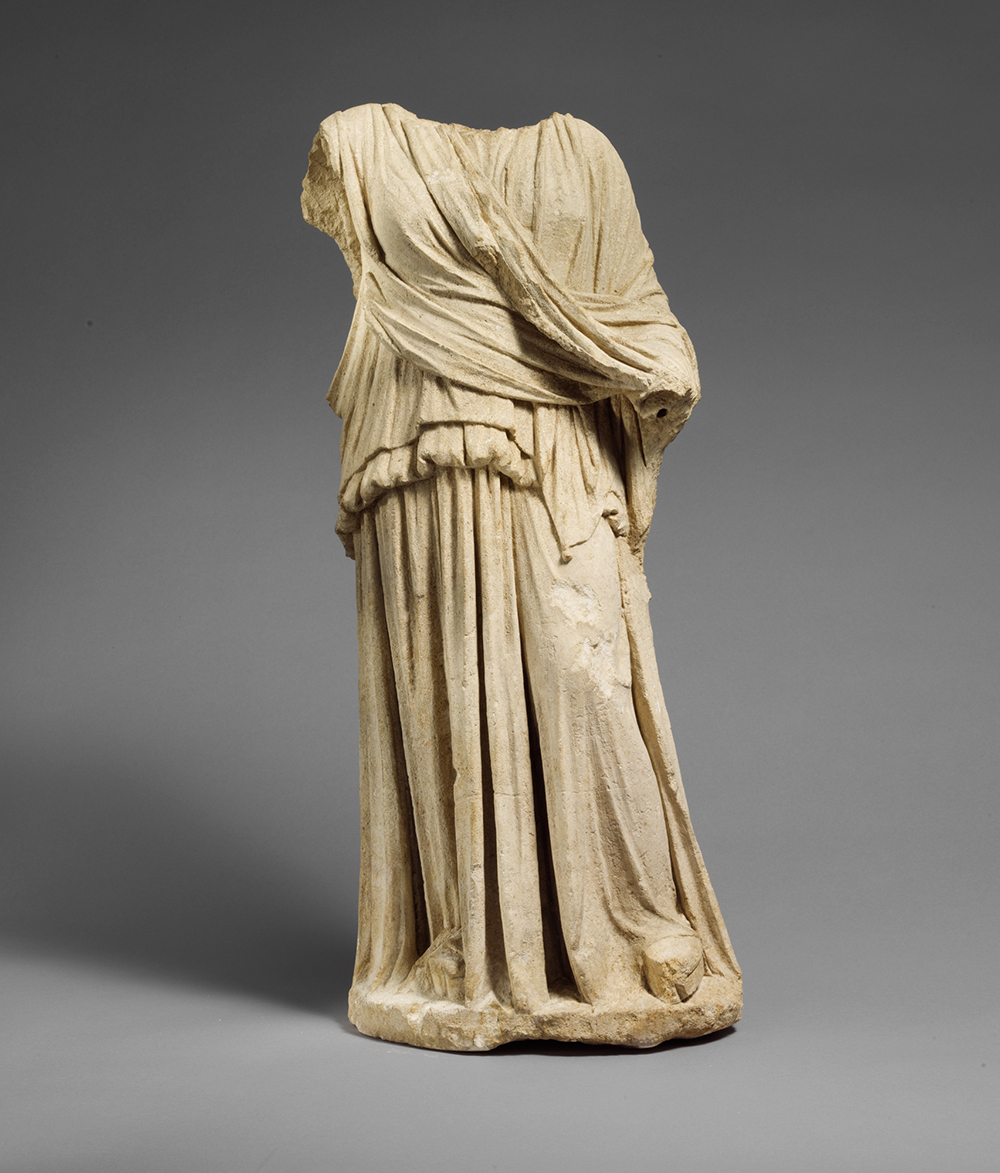 Yet in glamour there is also something of the deep, indelicate truth, the desperation, sometimes, out of which we buy or borrow clothes. We hope they possess a power that we do not, that they can secure transactions or lure affections, bending to our will any contrary inclination. Hera’s dress is enchanted, but there is a form of magical thinking in our own clothes too, in the hopes that we harbor in them. Against our dull and forgettable things, they ought to pulse with memory. Yet when a dress fails to accomplish the feats we aspired for it, it exposes our vulnerabilities, reaching at something deeper and reopening a wound that never heals.

If there is a gulf between how we feel and how we look, then it can be broadened or bridged by the clothes we wear. The German Romantic writer Novalis once described philosophy as a feeling of constant “homesickness, a wish to be at home, everywhere.” The world can seem strange and distant. In philosophy, we longingly reach for understanding and find it continually eludes us. In clothes, too, we can sense ourselves gone astray or lost at sea. Womanhood, as it is articulated in womenswear, can leave us feeling grievously self-estranged. Wearing dresses can generate an unease never quite dispelled. So often the experience of womanhood seems constituted by the feeling of having failed to be a woman—being never quite feminine, fertile, thin, or beautiful enough to be equal to that title. Sometimes we barely feel at home in our own skin, let alone the shirts on our backs.

Cinderella, a version of whose story exists in almost every culture, is the girl whose fate turns on a gown (and a slipper, of course). In the kindest readings of the story, though, it is not the dress per se that makes the char-smudged girl beautiful; instead, the enchanted gown only makes apparent what is already there. To read the dress any other way would be to advance the terrible hypothesis that a woman is made desirable by her outward apparel rather than inherent gifts. 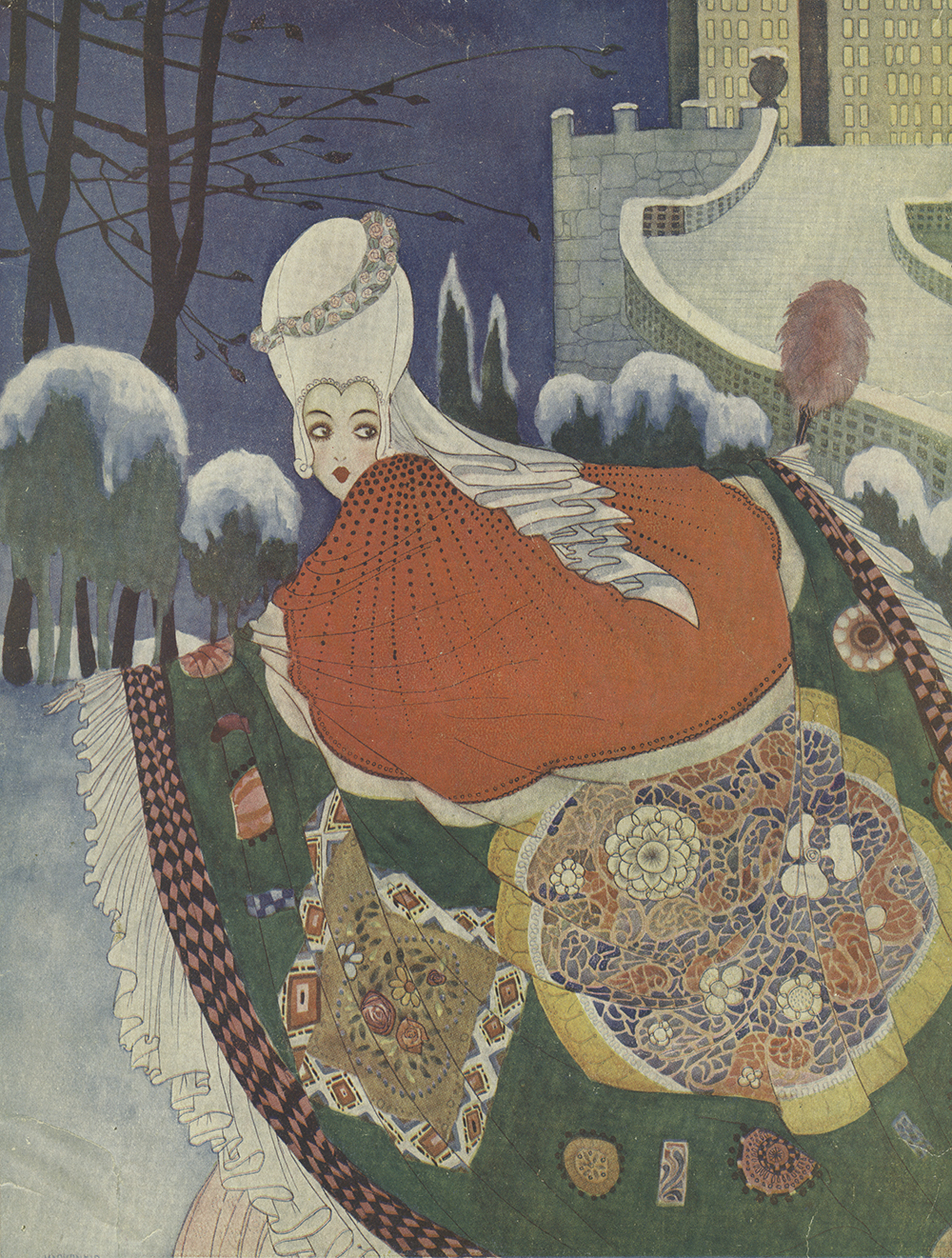 A truly magical dress would neither conceal nor disguise, but the discomforting truth of the Cinderella story is that beauty is only a conjuring trick and princes are easily beguiled by a girl in the right gown. In Cinderella’s case, we tell ourselves that this dress of dresses simply shows her as she really is—as we all really are—beneath the rags. In the end, each of us will be seen and understood: this is the pledge implicitly made to us in the story. But the promise of that is overshadowed by the precariousness of Cinderella’s fate. Even in her glorious gown, she is plagued by the possibility of exposure. The ever-approaching chimes of midnight hang over the heroine’s fairy-tale future, threatening the calamity of an illusion dispelled.

Beautiful dresses dazzle us, but if we were able to see our clothes clearly, we might be compelled to recognize the unhappiness in them too.

We are muffled much of the time in the clothes we pull on unreflectively and in the lives we live unthinkingly, but the wrong outfit can jar, sounding a loud and discordant note. There are so many ways to get it wrong. The brave and bold dress, for instance, that you dare to pull on in a fleeting moment of courage and in which you realize how little capable you are of either braveness or boldness; the sober-colored, stoutly cut work skirt that hangs listlessly from your hips, which you would never have elected to wear and in which you find yourself etiolated and invisible.

And so the dressmaker that can fabricate the gown that is right, that fits us just so, is, then, like some divine being, the master or mistress of a mystical craft. The French philosopher Hélène Cixous writes of designer Sonia Rykiel with seriousness, intuiting what it is that the “right dress” can do. She articulates the unshakable sense of confidence that comes of being comfortable not just in your skin but in your dress, too, and perhaps even in your dress when not in your skin. “I enter the garment,” she writes, “as if I were going into the water.” It envelops her without hiding or effacing. “The dress that comes to me,” she observes, “agrees with me, and me with it, and we resemble one another…The dress dresses a woman I have never known and who is also me.” 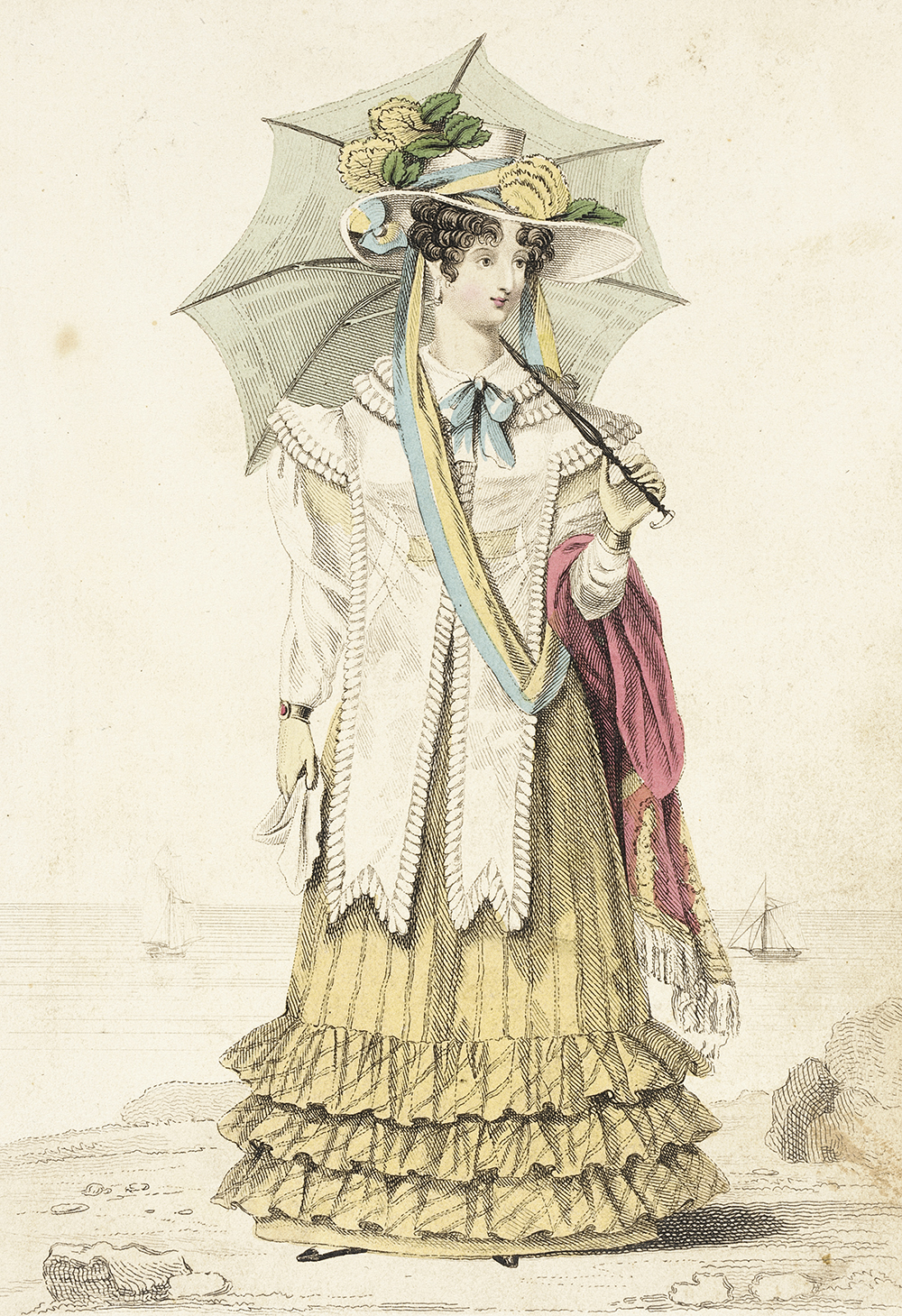 This dress is a dream, newly illuminating the wearer but also affirming an account of themselves that they recognize and gladly snatch up for display. In this dress, she is free from the anxieties of her body, her beauty, her age and sex, as though the sense of perfection, contentment, or completion it imparts is divine.

In the Rykiel dress, Cixous finds there is no discontinuity, only fabric that feels like the body itself, transmitting the truth of the self through it as though there were no estrangement or impediment. This dress of all dresses aspires to a kind of transparency so that we might be seen on the surface as we really are deep inside: at our very best, in a light that is unrefracted, perfectly truthful, kind and just.

Some of us own such a dress, an exceptional thing, lovingly preserved and only carefully exposed to the light of day; others of us reach for its possibility and find in every new purchase a pretender, sensing it forever slipping from our grasp or gaze, like the faces of the dead that come to us only in dreams. Perhaps the power of the right dress must, of necessity, come only rarely, like a hard-won self-knowledge, the shining truth of which cannot stand too much scrutiny, its brilliance too blinding, too perfect to bear up. Such dresses are not perfect forever, dating or wearing away over the years, but while they last and while they fit, we feel in them as though we could tilt the world. 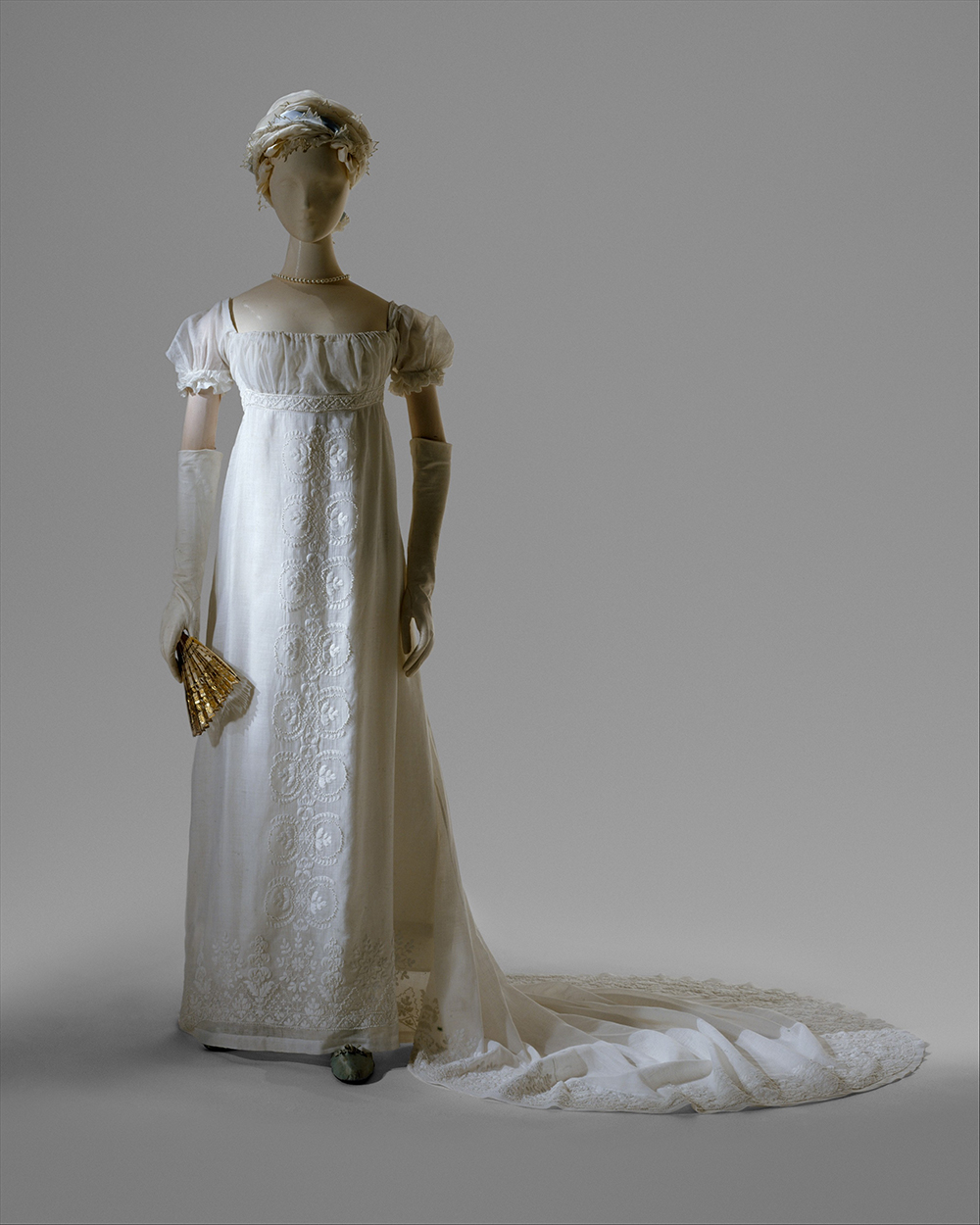 My own dress—a filmy, gray silk, knee-length with luminous yellow piping all over, slanted pockets low at each hip, a neckline sinking across the chest—hangs in darkness, obediently awaiting a new awakening. The merest accidental touch of it triggers a cascade of associations: summer birthdays and a bicycle, the city I live in on a sunnier day, the glossy hair and the smaller, slighter body I found myself slowly recovering into after a debilitating illness, a body that I won’t have forever but which I have now and which lives in a particular way only in that particular dress. After everything, the violence of the gaze, the fragmentation of the body, the dress history of injury and constraint, there is this.

“If the body,” wrote Simone de Beauvoir, “is not a thing, it is a situation; it is our grasp on the world and the outline for our projects.” How women dress their bodies is the project of possibility. Women’s clothes can be elusive and evocative, serious, parodic, or playful. Dresses solicit the gaze and subject us, but they are the surface, too, for the soul of a woman. In these surfaces, women reflect on what they understand of themselves and how they wish to be understood by others. Perhaps there is no garment equal to who we are, no fold, no cut, no look that could have the measure of this.

But the challenge of dress is only to seek out the truths of the body, its variegated surfaces and sensations, the brute fact of biology and the infinitely different ways we experience it—this body which we cannot escape and which we clothe to meet the world. 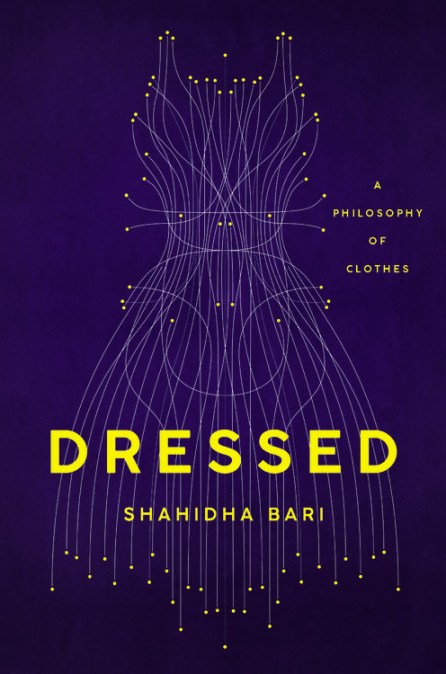 Shahidha Bari is Professor of Fashion Cultures and Histories at the London College of Fashion and fellow of the Forum for European Philosophy at LSE. She was one of the first ever BBC Radio 3 New Generation Thinkers, in 2011, and won the Observer/Anthony Burgess Prize for Arts Journalism in 2015.