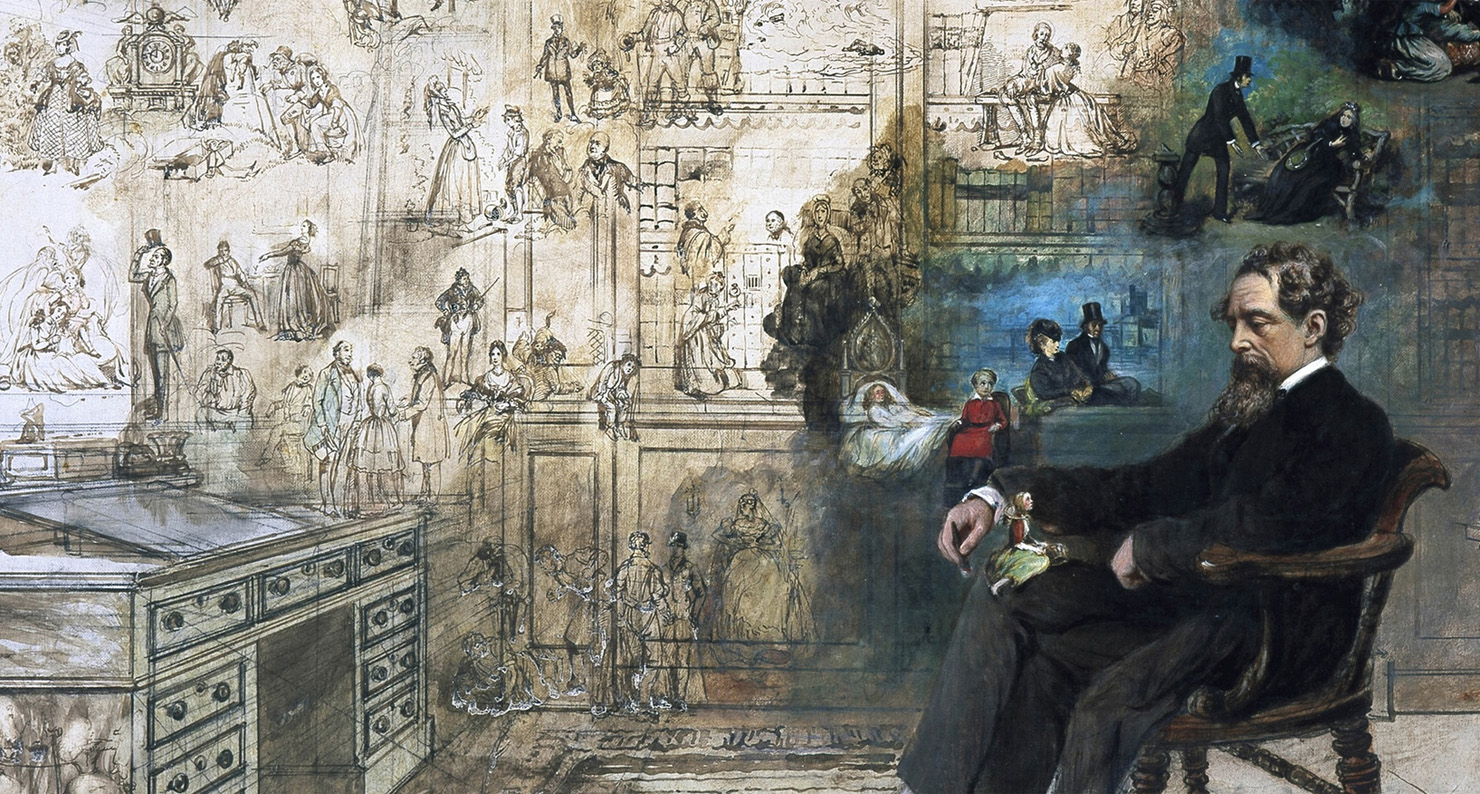 Charles Dickens dreams of a world in which all of his characters might inhabit a single television series. Painting by Robert William Buss, 1875.

• This week in 1913, suffragette Emily Davison ran in front of the king’s horse at the Epsom Derby and was trampled while trying to affix a ribbon of purple and green—the colors of the movement—to the horse’s bridle. The trailer for Suffragette promises to uphold the legacy of the women who demanded the vote in all of their stone-throwing, patriarchy-disrupting glory. Meryl Streep is there too as Emmeline Pankhurst. (YouTube)

• The Charles Dickens universe—an alternate Britain in which Miss Havisham, Ebenezer Scrooge, Fagin, Inspector Bucket, and roughly a thousand more unwashed major and minor characters make their home—is about to become a reality with Dickensian, a twenty-part miniseries for the BBC. (The AV Club)

• Barney Rosset, the legendary publisher of Grove Press—also known as “The Old Smut Peddler” and “The Last Maverick of Publishing”—spent the final years of his life working on a twelve-foot-high and twenty-two-foot-long mural in his East Village apartment. With the building slated for demolition this summer, the race is on to save the late publisher’s swan song. (The New Republic)

• A teenage girl who died on a summer’s day in the middle of the Bronze Age has been the subject of a new study of travel in the prehistoric age. According to dental records and wool fibres in her clothes, the Egtved Girl was born nearly 500 miles from where she died. "Far from being the stay-at-home type...the Egtved Girl embodies a certain mobile cosmopolitanism.” (National Geographic)

• The Night-Walker, or Evening Rambles in Search of Lewd Women, with the Conferences Held with Them was a 1696 pamphlet that capitalized on a popular genre of the time—the nocturnal picaresque. While the magazine declared that it would be “publish’d Monthly, ’till a Discovery be made of all the chief Prostitutes in England,” it folded after eight issues. (Public Domain Review)

• Lord and Lady Macbeth, Wardens of the North, are fully prepared to take the Iron Throne in this trailer for the new adaptation of Shakespeare’s play. (YouTube)

• “A month after Hitler’s hideout was taken by Allied troops, a newspaper reporter marveled that the area had been so wiped clean that in a nearby hotel ‘there is scarcely a swastika left…except for the souvenirs collected by guests.’” An Ohio antique store claims to have a pair of Eva Braun’s underwear and is willing to part with them for $7500, but the trade in plundered Nazi memorabilia carries with it a rigorous burden of proof. (The Daily Beast)