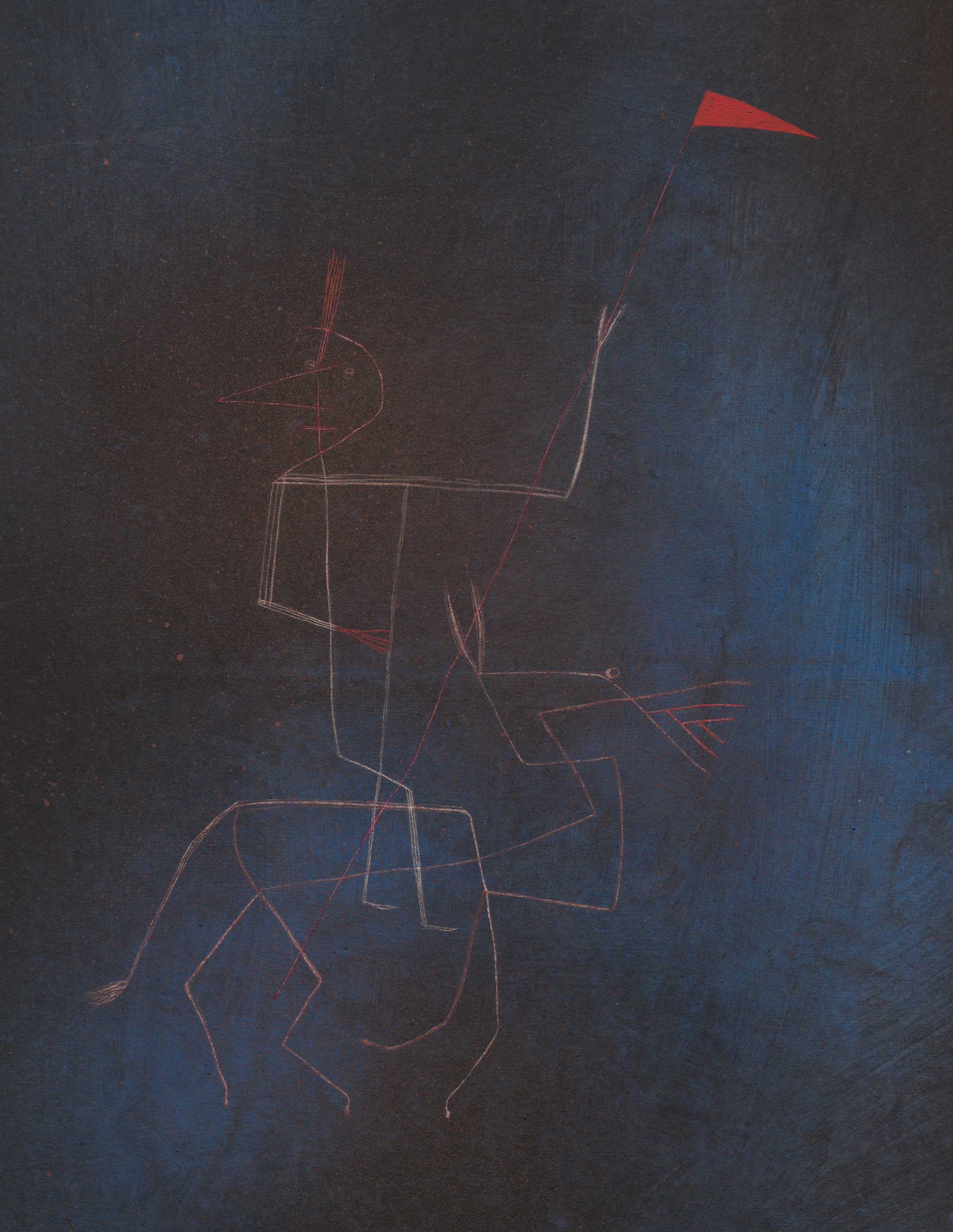 Ghost Rider Late in the Evening, by Paul Klee, 1929. The Cleveland Museum of Art.

• “Belief in ghosts was not actually common across the Middle Ages.” (Medievalists.net)

• On the literature of passing. (Vulture)

• “When journalists talk about refugees at Guantánamo—something they rarely do to begin with—they often refer to the 1990s; the 1970s drop out entirely.” (Boston Review)

• On David Graeber and David Wengrow’sThe Dawn of Everything. (The Atlantic)

• “A new history of the race to decipher DNA reveals Shakespearean plots of scheming.” (Nautilus)

• “The horse you rode in on may have been made in southern Russia.” (New York Times)

• On the Defenders of State Sovereignty and Individual Liberties. (The Sword and the Sandwich)

• “About two hundred years before Mexico’s independence, in 1609, the city known today as Yanga, located in the state of Veracruz, won an important battle against the Spanish crown, paving their way to freedom and becoming the first self-liberated and independent town in the Americas.” (JSTOR Daily)