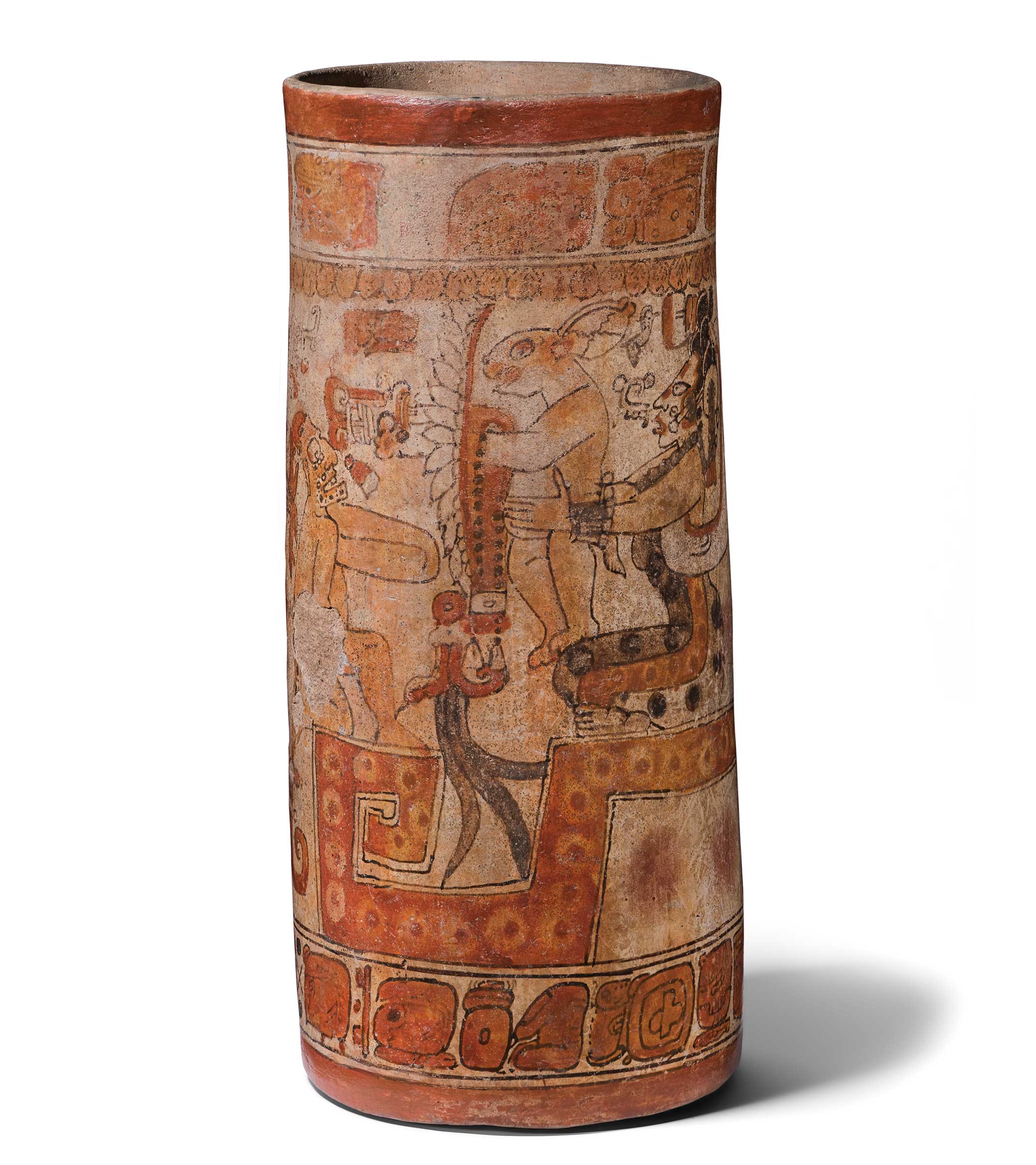 Vase with moon goddess and other celestial being, Maya, 600. Los Angeles County Museum of Art, purchased with funds provided by Camilla Chandler Frost.

• “The Long-Lost Tale of an Eighteenth-Century Tsunami, as Told by Trees.” (Wired)

• On the animals in the Popol Vuh. (Aeon)

• “Nineteenth-century medicine mixed advances in scientific knowledge with lingering ideas about the dangers of menstruation. In 1878, for example, an article in the British Medical Journal stated that, if a menstruating woman touched pork during the curing process, it would become rotten.” (History Today)

• Also found: “a human jawbone in a cave in southwestern Sulawesi.” (Gizmodo)

• On Albert Pinkham Ryder. (The New York Review of Books)

• A history of people projecting their fears and prejudices onto the search for sea monsters. (The Public Domain Review)