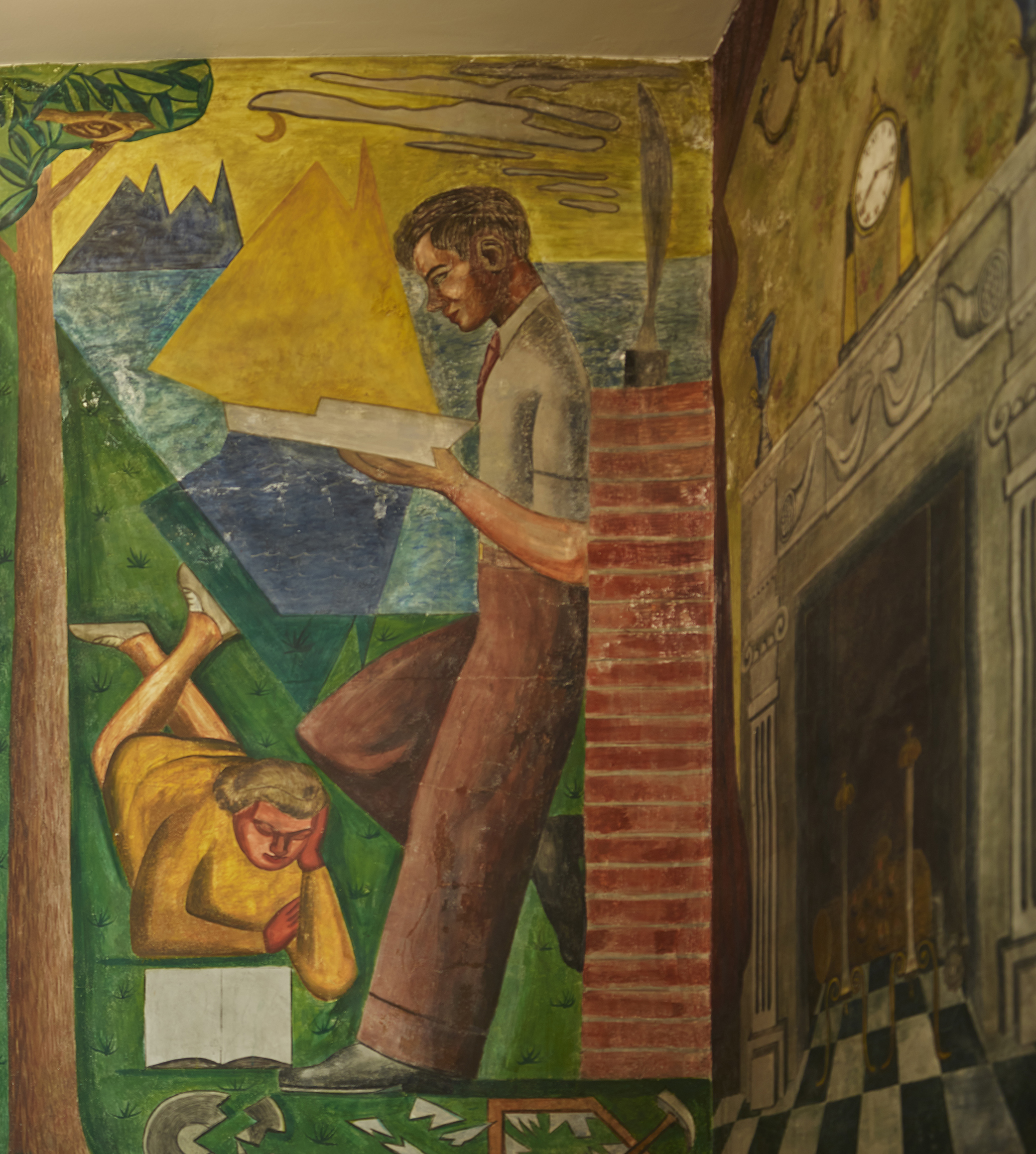 One of several WPA murals supervised by Grant Wood and mounted in the World Food Prize Hall of Laureates Building, once the Des Moines Public Library, 2016. Photograph by Carol M. Highsmith. Library of Congress, Prints and Photographs Division.

• COVID-19 in context: the WPA, Typhoid Mary, essential workers, writing down memories before they are gone, and a cholera wedding.

• The past and future of the Tokyo Olympics. (Zócalo Public Square)

• “The Indigenous Rebel Who Took the Fight to White Settlers.” (Narratively)

• “Egyptologists attack transfer of sphinxes to Tahrir Square.” (The Guardian)

• Advice from a farm woman during the Great Depression: “Let the floor go unswept if necessary; simplify your meals; but make time for reading, studying, and thinking.” (JSTOR Daily)

• Looking back at the beginnings of American anthropology. (The Nation)

• “Take a look at the 1928 painting used for early Land O’Lakes boxes. If you think the original butter maiden looks less like a Native American woman than the daughter of a Minnesota dairy farmer playing dress-up, you’d be right: that’s actually what she was.” (The Baffler)

• “The trouble is that Hollywood isn’t making history; it’s rewriting it. And when you rewrite history, you’re never starting with an empty page.” (Slate)