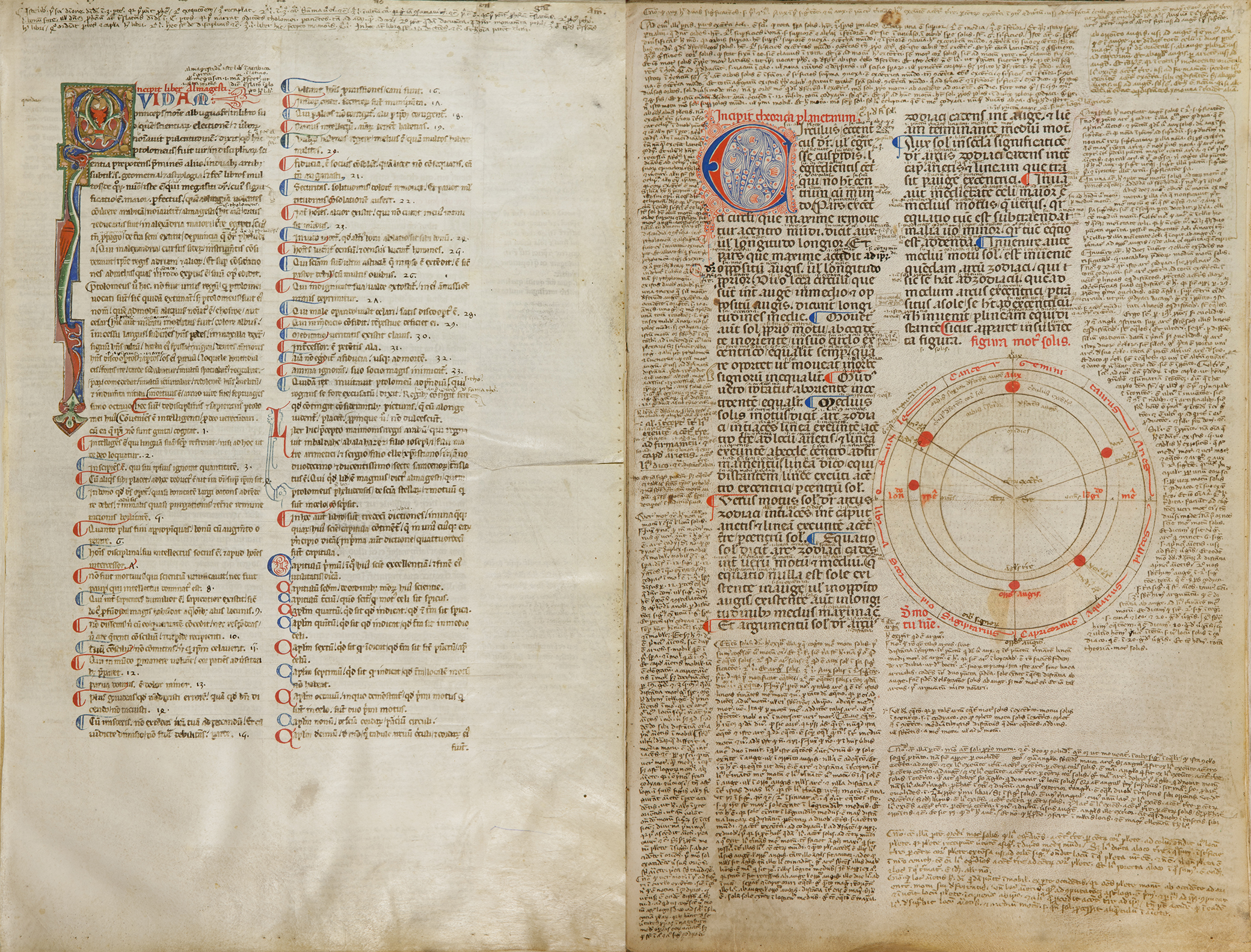 From Ptolemy’s The Almagest, translated from the Arabic by Gerard of Cremona, 1200. State Library Victoria.

The city of Toledo was an important center of learning during the tenth and eleventh centuries, and when the Christians took over in 1085, the transfer of power was peaceful. As a result, even though the majority of the Muslim elite emigrated south, their culture was preserved, libraries were protected and the various communities of Jewish, Arab, Mozarabic, and Christian scholars were able to work together. This was especially important for the program of translation from Arabic to Latin (often via Hebrew or Romance) that followed. In the early Middle Ages, Spain was a multilingual society. Under Muslim rule, Arabic was the language of education and government, but Romance was spoken on the streets and in the fields, intermingled with various Berber dialects. Latin was the language of the Mozarabic Church, and of course Hebrew was ever-present in the large Jewish communities. When Toledo was reconquered by the Christians, Latin, the language of the Catholic Church, took on an increasingly important role, but the Mozarabs continued to use Arabic until well into the fourteenth century.

The European scholars who came to Toledo soon after the reconquest were staggered by the wealth of knowledge they found there. In the medieval period, Arabic book culture positively dwarfed that of Western Europe; the twelfth-century scholar Bernard of Chartres was proud of the twenty-four books he owned, but, in 1258, the city of Baghdad boasted thirty-six public libraries and over a hundred book merchants. The largest medieval library in Christian Europe, at the Abbey of Cluny, contained a few hundred books, while the royal library of Córdoba had 400,000. Even if we allow for exaggera­tion and the fact that the Arabs still mainly used scrolls, which could not contain as much text (several would be needed for one copy of a codex), and that paper was not produced in Western Europe until the fourteenth century, so it had to be imported, making books more expensive, the comparison is still shocking. Arab textual culture was not only much larger, it was also infinitely richer. The scale of Arab accomplishment in literature, history, geography, philosophy, and, of course, science left Latin scholars dazzled, giddy with awe. There was a lot of catching up to do. 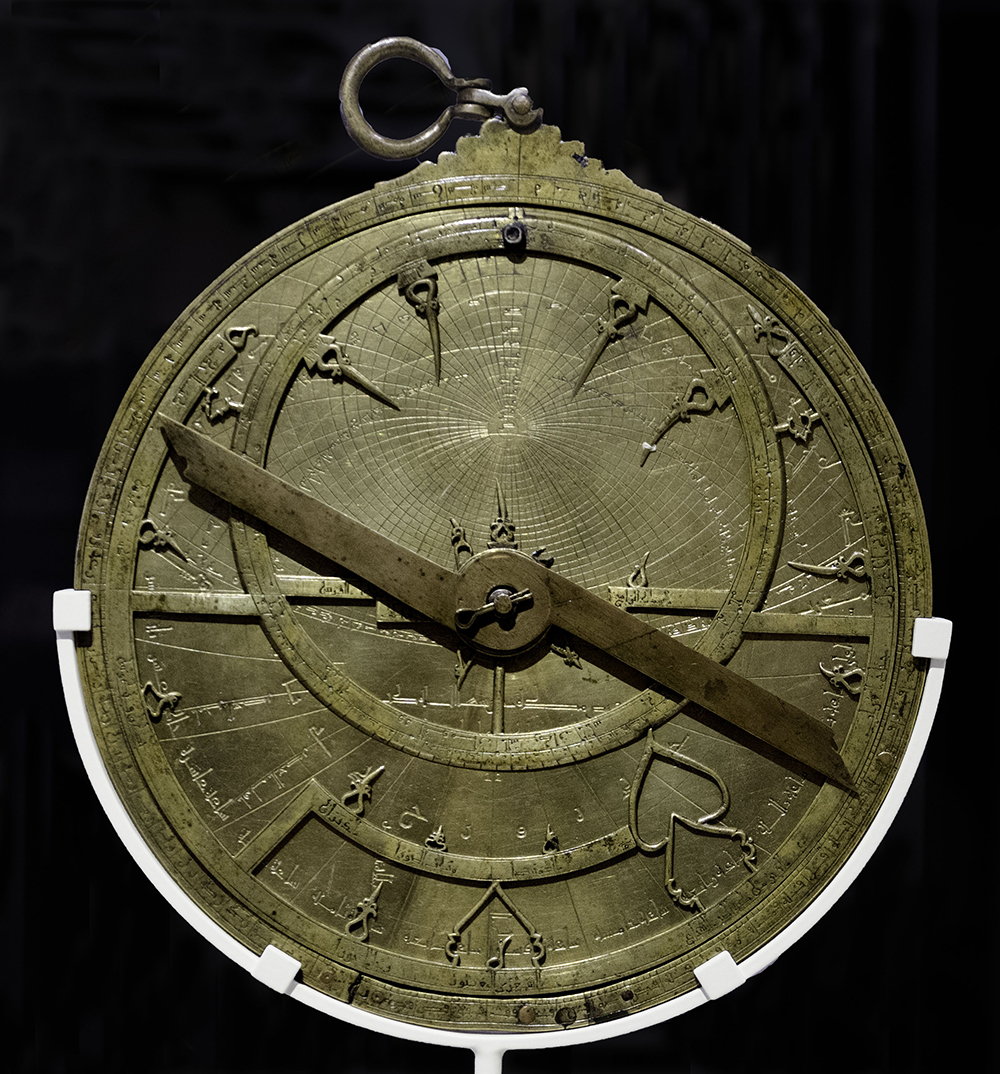 Historians have argued long and hard over how the transla­tion movement in Toledo functioned. Was there a school of trans­lators working together? If so, where were they based? Who paid for the translations? Who chose what was translated, and how did they choose? The huge quantity of scientific material on offer meant that selection was a difficult yet unavoidable process. As usual, lack of evidence holds us back from making definite claims. According to his followers, Gerard of Cremona (1140–1187) translated “books of many subjects—whatever he esteemed as the most choice.” This implies that he was responsible for choosing the texts he worked on, which is totally plausible, given his expertise. A list of the books he translated during his lifetime numbers seventy-one—and others have been identified since. They are divided into groups: dialectic (logic)—three; geometry—seventeen; astronomy—twelve; philosophy—eleven; medicine—twenty-four; and miscellaneous—four. The subject headings give us a clue as to how Gerard might have been organizing his translation program—they are loosely based on the liberal arts that underpinned the ancient Greek cur­riculum adopted by Arab scholars as the basis for their education system. Collections of texts were compiled to use as teaching materi­als for students, and Gerard seems to have deliberately sought out collections in mathematics, astronomy, and medicine so he could make them available to students in the West. One such collection was called the Middle Collection or Little Astronomy because it was designed to be studied between Euclid’s Elements and Ptolemy’s Almagest.

Once students had mastered the basics, they could move on and study their subject in greater depth. For this, they needed the full versions of The Elements and The Almagest, and other related works. By 500, scientific texts in the Latin world had been reduced to brief extracts in handbooks and encyclopedias, “condensed into small packages…for the long journey through the Dark Ages,” as the great twentieth-century historian Charles Homer Haskins put it. Gerard and his peers seemed to be deliberately trying to unwrap those small packages in order to broaden and deepen scholarship and thus revitalize education. The encyclopedias and the digests were no longer enough. They had to go back to the great textbooks of antiquity and translate them in full. It also meant translating the works of Arabic scholars that explained and built upon those ancient texts: al‑Zahrawi, al‑Razi, al‑Kindi, the Banu Musa, and al‑Khwarizmi, among others.

One of the dilemmas facing translators like Gerard was whether to focus on the full versions of ancient Greek texts or prioritize the corrected, improved Arabic versions, brilliantly synthesized with ideas from Persia, India, and Egypt. As ever, personal choice played a vital role in which works were handed down to posterity and which were not. Gerard went for a combination of the two, and loosely based his selection of texts on The Classification of the Sciences by the great philosopher al‑Farabi (872–950), who had spent most of his life in Baghdad, where he was known affectionately as the Second Master (to Aristotle’s First). 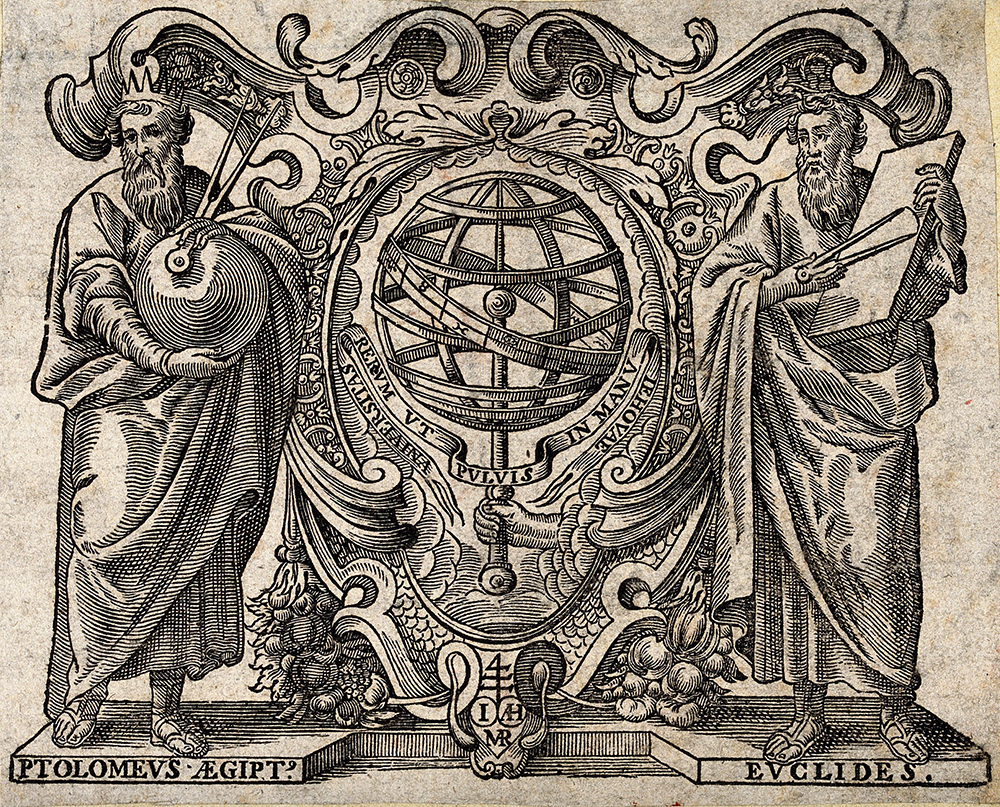 Where would Gerard have found all these manuscripts? It is difficult to assess private collections, but the thriving community of scholars in the city during the last century of Arab rule (985–1085) would have doubtless owned copies of the most important texts. Saʿid al‑Andalusi talks about the scientist Abu Uth­man Saʿid ibn Muhammad ibn Baghunish, who was from Toledo but had studied in Córdoba before returning to his home city to become an administrator at the court of the al‑Nun rulers:

a cleanly dressed and pious man, who had in his possession great books on the various branches of philosophy and other fields of knowledge. I came to realize by talking with him that he had studied geometry and logic and that he had precise knowledge of both fields, but he neglected this area to give special attention to the books of Galen, of which he had a private collection that he had critically corrected, thus becoming an authority on the works of Galen.

Here is a rare, firsthand piece of evidence of Galenic books in a private collection in Toledo. It would not be unreasonable to suggest that The Elements and The Almagest might well also have been on ibn Baghunish’s shelves, and that at least some of his books—or cop­ies of them—could have still been in the city in the mid-twelfth cen­tury when Gerard was on the lookout for texts to translate. There were certainly still Arabic collections in the thirteenth century. The scholar Mark of Toledo (flourished 1193–1216) claimed that he “studiously sought another book to translate in the libraries of the Arabs.” Mark was fluent in Arabic, and his particular area of interest was Galen, and, having studied medicine abroad, he returned to his hometown to find and translate Galenic treatises that were not yet known in the West, contributing to a widespread revival of Galen’s work in the thirteenth century. Mark filled in the gaps left by Gerard, who had translated nine works by Galen. Of the twenty-four medical texts Gerard translated, by far the most significant was Avicenna’s Canon, itself a synthesis of Galenic medicine, and the most popular medical textbook in the Middle Ages. Avicenna (Ibn Sina, 980–1037) was one of the greatest thinkers of the medieval Arabic world. Described as “a brilliant summary and logical restructuring of Galenic medicine,” his Canon was a manageable five-volume affair, much more practi­cal and affordable than the sprawling Galenic corpus, and it became the primary channel for the transmission of Galen’s ideas. Gerard also translated several of al‑Razi’s books, which were transmitted to Europe as a collection and later printed, as was al‑Zahrawi’s treatise on surgery and instruments, complete with beautifully copied illus­trations and diagrams. 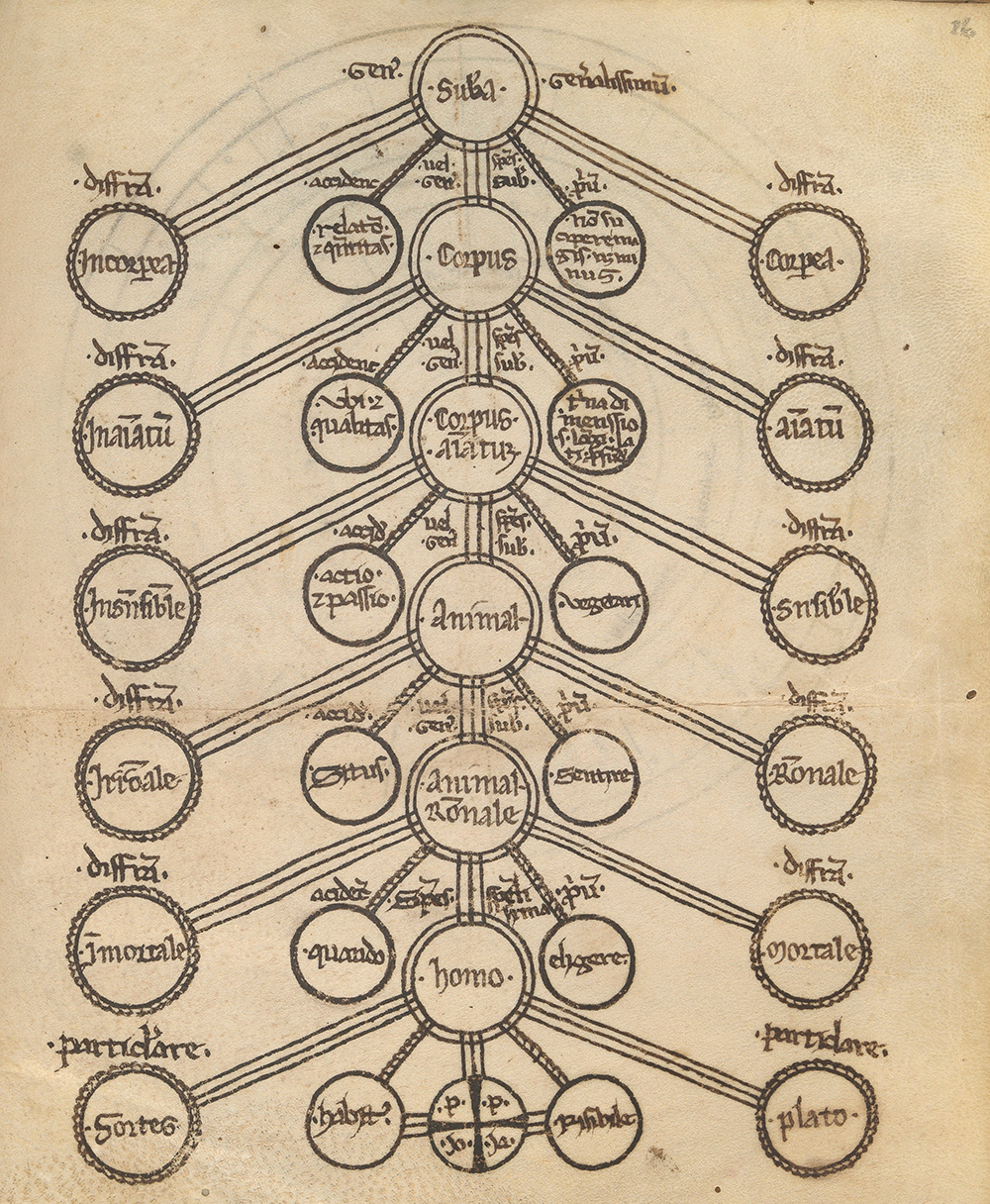 So far, we have looked at where translators might have found books in Christian Spain, but there is evidence that scholars were also looking in the south, where the Muslims were still in power. An early twelfth-century source describes an Andalusian market supervisor enforcing an order that proclaimed, “Men should not sell scientific works to the Jews or the Christians,” because they were apparently translating them and then attributing them to their own scholars. This episode reveals that Christian interest in Arabic sci­ence had become so pronounced and acquisitive that the Muslim authorities had begun to fear that their cultural inheritance would slip away over the border to the north, a fear that turned out to be prescient. We do not know how widespread or successful this policy of restricting sales was, but it must have made getting hold of texts more difficult.

It is hard to say, though, how much of an effect this had on Gerard’s project. He was certainly able to acquire texts, no matter the prohibitions of Andalusian market supervisors. The scale of what he achieved tells us something about his personality. Gerard of Cremona must have been an extremely bold, determined man. Any­one who sets off into the unknown in search of a single book, The Almagest, and who is prepared to travel thousands of miles, to learn at least one entirely new language, and to spend the rest of his life in a strange country, relentlessly seeking to broaden his knowledge, must have had a fairly specific set of personal characteristics. Intrepid, driven, dili­gent, brilliant—these qualities contributed to the fact that, “more of Arabic science in general passed into Western Europe at the hands of Gerard of Cremona than in any other way,” as Haskins writes. If we believe one account of a lecture Gerard gave in Toledo, we can add arrogant and pompous to the list. He was clearly aware of the significance of the job he had undertaken, and the importance of his position as a major conduit for the transfer of knowledge from the Arab world to the European. As the writers of his eulogy put it, “to the end of his life, he continued to transmit to the Latin world (as if to his own beloved heir) whatever books he thought finest, in many subjects, as accurately and as plainly as he could.”

From The Map of Knowledge: A Thousand-Year History of How Classical Ideas Were Lost and Found by Violet Moller. Copyright © 2019 by Violet Moller. Published by arrangement with Doubleday, an imprint of The Knopf Doubleday Publishing Group, a division of Penguin Random House LLC. 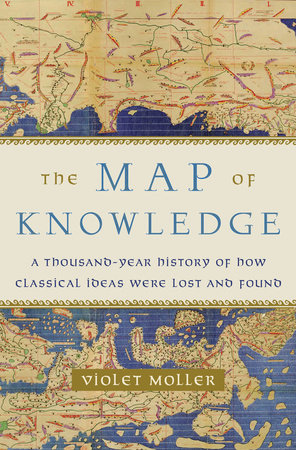 Violet Moller is a historian and writer based in Oxford, England. She received a PhD in intellectual history from Edinburgh University, where she wrote her dissertation on the library of a sixteenth-century scholar. She is the author of The Map of Knowledge: A Thousand-Year History of How Classical Ideas Were Lost and Found.