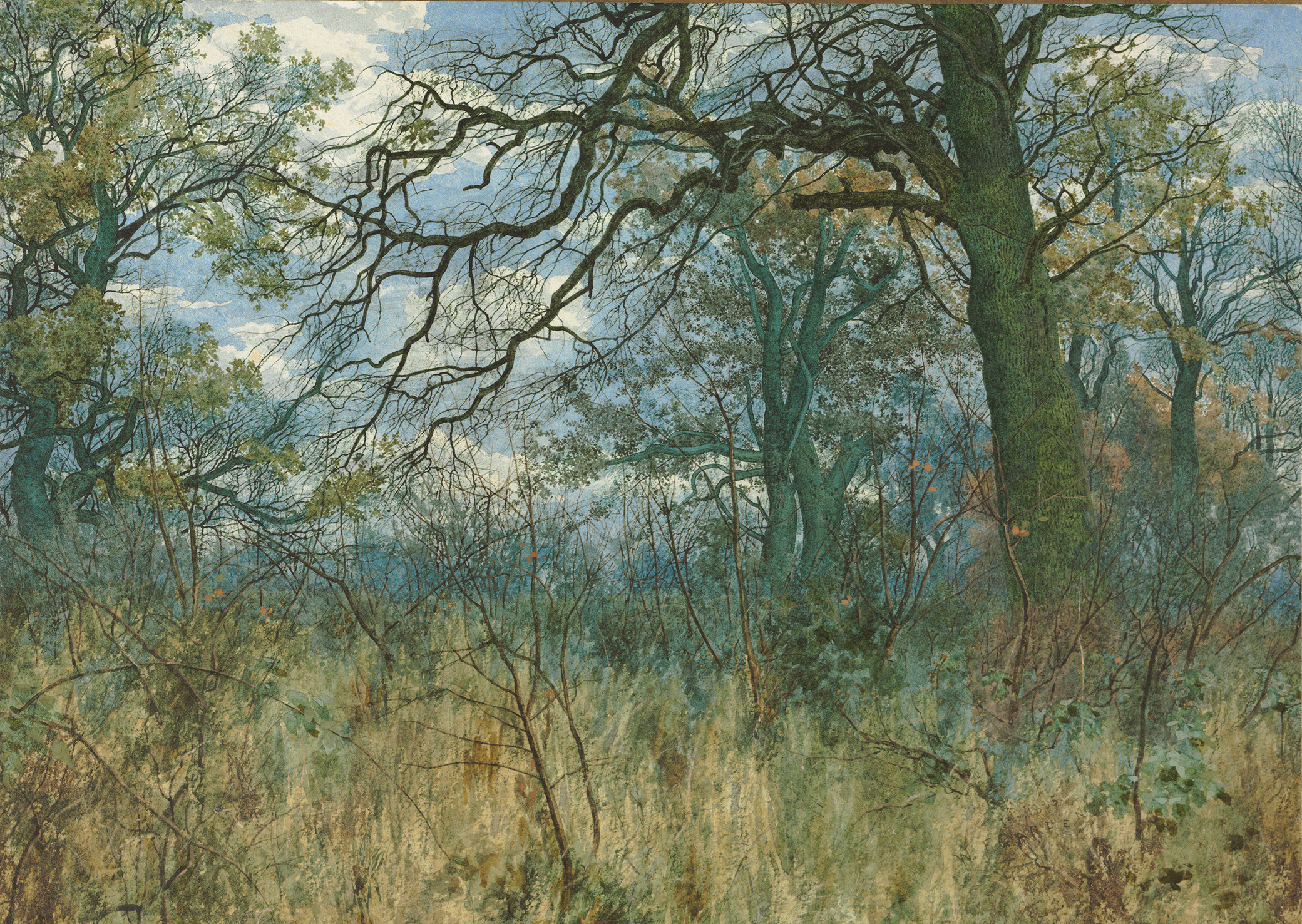 Almost a century ago, in a market town some thirty miles north of Paris, there lived a young American who had leased an old rectory and converted it into a comfortable home for his family. He installed a giant gramophone and an ornate bar, furnished the place with antiques, painted exotic jungle scenes on the walls. Vogue photographed the interiors, making the house look airy and spacious, when in fact it could barely accommodate its inhabitants: the man, his wife, their three young daughters, the nanny, the cook, the secretary, the gardener, and the pet animals, which included a Scottish terrier, an Indian mongoose, and a pony named Peter.

Among ordinary people in Europe and America, the man was famous for the novels he wrote. Among famous people, however, he was known for his flowers. Every Sunday, he hosted a party in his garden, which stretched out over two acres along a narrow river lined with linden and poplar trees. Most of the guests were uninvited. They came from Paris, although only a few were French. They arrived in Rolls-Royces, Bugatti roadsters, and Fords from the American embassy. Each week somebody new turned up: an Indian maharani, a White Russian prince, a scattering of Rothschilds. They mingled with the regulars: foreign correspondents, fashion designers, flower breeders, art collectors, movie stars, maybe a few spies. They served themselves from a lopsided buffet, pouring champagne and brandy, digging into potato salad, goose-liver pâté, slices of charcuterie, finishing off with coffee and cake and strawberries from the garden. Then they sat on the grass, smoking, admiring the flowers: the marigolds, the blue Himalayan poppies, the hybrid musk roses that hung in bushes from the little wooden bridge spanning the river.

A few of them took the time to study their host, and weren’t quite sure what to make of him. His clothing, one French visitor noted, combined “the shirt of a gangster, the trousers of a student, and the slippers of a peanut salesman.” His interests were similarly mismatched. His friend Janet Flanner, Paris correspondent for The New Yorker, described his conversation as a mixture of “old-fashioned French, the latest Broadway slang, dukes’ and duchesses’ first names, discussions on farm manures, Paris politics, Bombay palace intrigues, modern European painting, Golden Bantam corn, the operas of Richard Strauss, and the best way to cook hamburgers.”

He was in his mid-thirties then. Even those who cared nothing for his two great passions—books and gardens—could tell that, in pursuit of them, he had already learned something valuable about life. He may not have been a literary genius like the newspapers claimed, but he had acquired, as one admirer put it, a “genius for living.” Exactly where this genius came from was unclear to his friends, and where it would take him they certainly could not imagine as they sipped rosé or swam in the river, trading gossip and talking up the next novel they would fail to write, or the long vacation they would soon take, inhaling all the fragrant possibilities of an easy, expatriate existence that was soon to disappear forever.

If Louis Bromfield ever appears in a book today, he is shoved into parentheses or buried without ceremony in a footnote. If we remember him at all, it is only as a character in somebody else’s story. As Humphrey Bogart’s best man, say, or Doris Duke’s lover. As Gertrude Stein’s protégé or Edith Wharton’s gardening guru. As Ernest Hemingway’s enemy or Eleanor Roosevelt’s pain in the ass. What is surprising is not that he has his own story to tell, but that, six decades after his death, that story suddenly feels important. 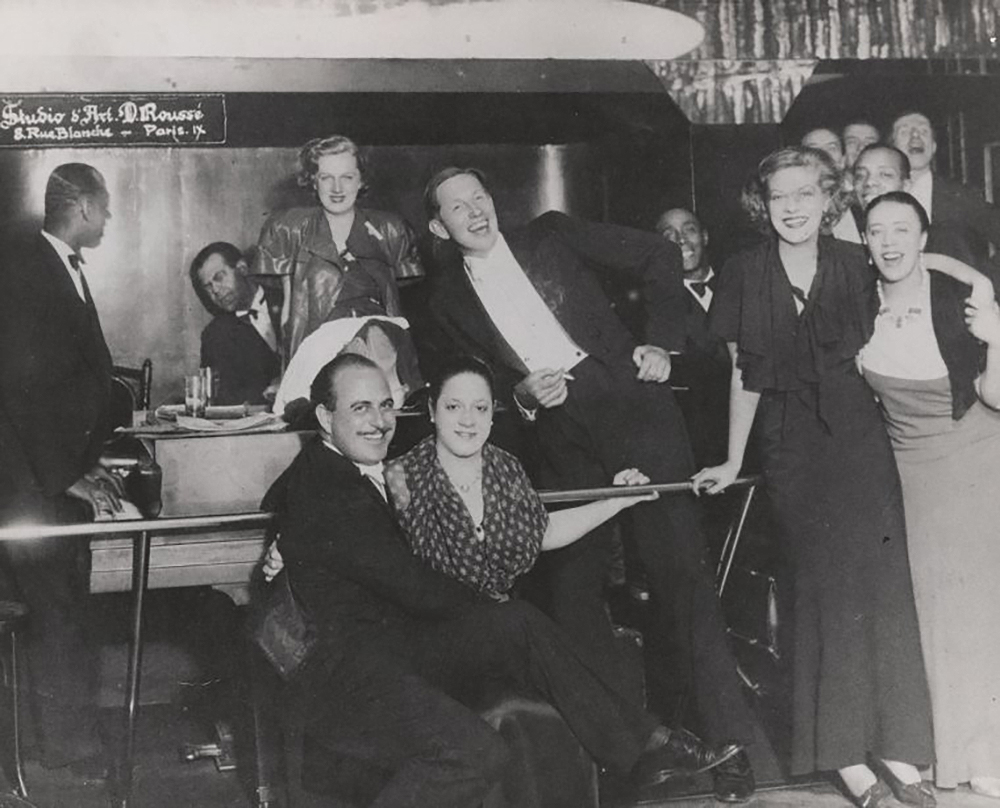 Bromfield was first, if not foremost, a novelist. He belonged to Stein’s “Lost Generation,” the group of American artists who came of age in the 1920s, and the first half of his biography conforms perfectly to type: he had the restless, middle-class, Midwestern boyhood; the unfinished Ivy League education; the adventure under fire as a World War I ambulance driver; the sojourn in Paris. Though almost entirely forgotten today, Bromfield was, at least in commercial terms, among the most successful writers of his generation. His 1926 novel, Early Autumn, won the Pulitzer Prize. In that decade he was regarded more highly by the literary establishment than Fitzgerald or Hemingway—a fact that would later baffle critics. Millions of his books were printed in every major language. Most of his thirty-odd works became bestsellers, and many were adapted by Hollywood, including The Rains Came (1939), an Orientalist fantasia set in India that won the first Academy Award for special effects.

In politics, too, Bromfield made his mark: rescuing American volunteers from the Abraham Lincoln Brigade who were trapped in prisons or hospitals at the end of the Spanish Civil War; funneling money to Free French forces during World War II; hectoring his many powerful friends in Washington—including a dismissive Eleanor Roosevelt—to do more to stop the Nazi slaughter of European Jews; and chairing committees that would help support the founding of the state of Israel.

But despite his success as a popular writer, a celebrity host, and a crusading activist, Bromfield thought of himself, above everything else, as a farmer. He made his greatest impact not on the page but in the soil. He devoted his life to protecting and reviving this precious resource, a resource that was as mistreated and as misunderstood in his time as it is in our own. What Bromfield said in 1942 is perhaps even truer today: “Most of our citizens do not realize what is going on under their very feet.”

Long before climate science and climate skeptics, before fracking and “Drill, Baby, Drill” and the BP oil spill, before food co-ops and the Whole Earth Catalog, before Earth Day and Rachel Carson’s Silent Spring, there were environmental problems in this country and environmentalists who tried to fix them. They called themselves conservationists. They had seen, in their own backyards, man-made environmental disasters on par with some of the darker predictions in the latest UN Climate Report: floods, widespread soil erosion, apocalyptic dust storms, vanishing wildlife, and mass migration. By trade they were farmers and scientists, writers and bureaucrats, businessmen and social theorists. Their motivations were different, but most of them were pushed into action by the Dust Bowl and the Great Depression—the “Dirty Thirties,” as these years are sometimes known. The books they wrote would go on to inspire the first modern environmentalists, the earliest self-described organic farmers, the avant-garde in the ongoing campaign for clean water, clean air, and a healthier, more sustainable food system. 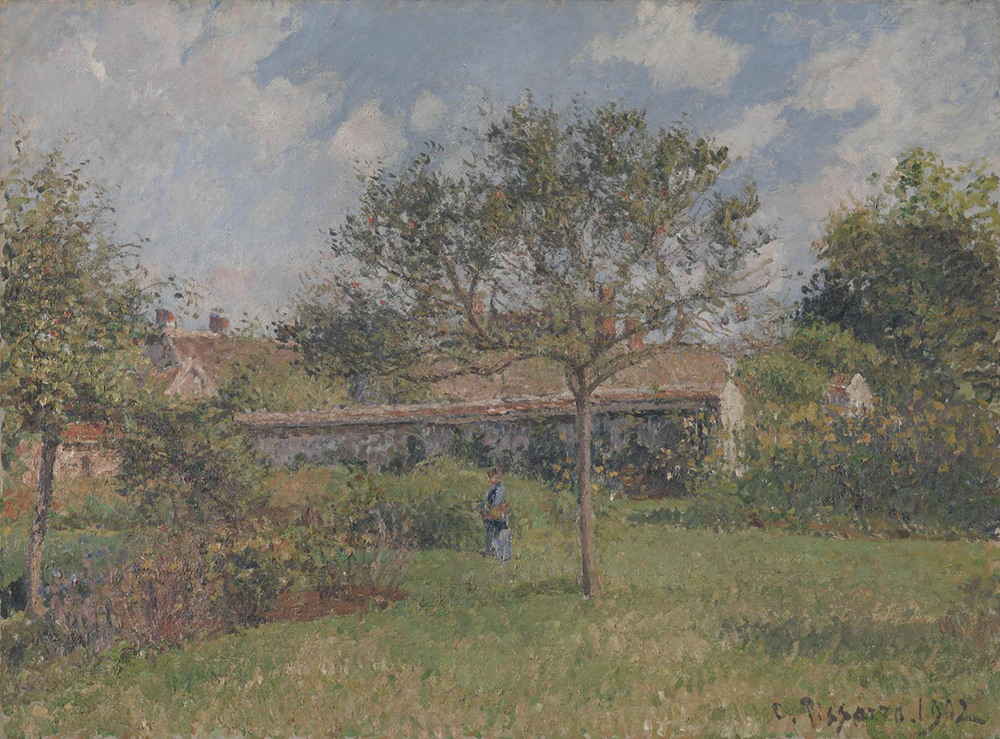 For nearly two decades, from the late 1930s until his death in 1956, Louis Bromfield was this group’s greatest champion. He began his work with the “foolish idea” that he could be the first of a “new race of pioneers,” not the sort who “cut down the forests and burned off the prairies and raped the land” but pioneers who “created new forests and healed and restored the richness of the country”—a richness that, “from the moment the first settler landed on the Atlantic Coast, we had done our best to destroy.” He wrote those words in Pleasant Valley, his environmental testament, which became one of the best-selling nonfiction books of 1945. At that time, the country was just exiting the cataclysm of World War II. Yet hundreds of thousands of Americans wanted to read about green manures and Jeffersonian dreams. That book gave many Americans the fantasy—or the illusion—that they, too, could find the kind of natural, self-sufficient life that Bromfield had built for himself. Today Bromfield should be remembered because he sounded one of the earliest alarms about DDT and other harmful pesticides and began the fight for a modern agriculture that would enrich the soil and protect the planet. But perhaps more significantly, he should be remembered as one of the first figures of national prominence to both celebrate and problematize food, to connect it to politics and art and health and ecology. In this way, he anticipated a variety of figures from our own time, from activist farmers (like Wes Jackson and Joel Salatin) to free-range essayists (like Wendell Berry, Joan Dye Gussow, and Michael Pollan) to advocates for slow and storied food (like Alice Waters, Dan Barber, and Anthony Bourdain).

Bromfield’s life work culminated in two remarkably fertile landscapes. The first was the garden he built in interwar France. Initially, it was just the beautiful backdrop for a popular literary salon. But it became a kind of field laboratory, the place where he discovered—with a little help from his French peasant neighbors, and a little more from his literary gardener friends like Gertrude Stein and Edith Wharton—how to collapse the distance between literature and agriculture, how to put his love of the land on the page.

The other landscape is Malabar Farm, which he established in 1939 in Richland County, Ohio, halfway between Cleveland and Columbus. It is difficult to summarize the peculiar significance of Malabar, which the New York Herald Tribune described in 1955 as “the best-known farm in America, probably in the world.” Today preserved as a state park, Malabar still ranks among history’s more unusual pastoral experiments, where Bromfield deployed a mix of organic compost and savvy PR to transform six hundred barren acres into a literary-agrarian utopia—Voltaire’s Ferney crossed with Old MacDonald’s Farm. 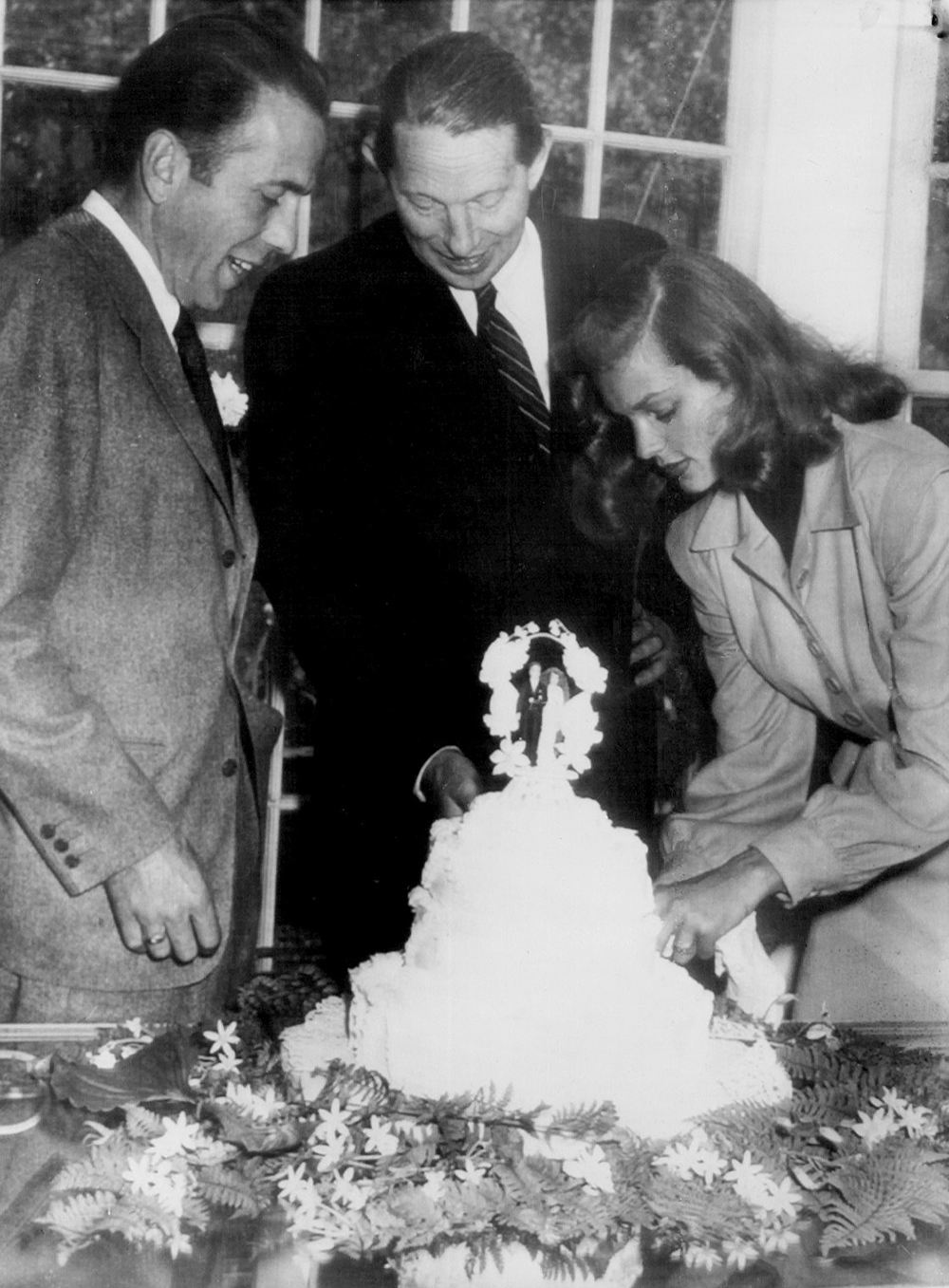 Malabar had a complex personality, like its founder. It was a socially progressive collective farm, a test case for Bromfield’s homespun scientific theories, and a rural sleepaway camp for Washington elites, hard-up writers, and Hollywood stars like Humphrey Bogart (who married Lauren Bacall there in 1945). Bromfield used the farm’s fame to promote what he called “the New Agriculture.” Today we have other words for it: organic, sustainable, regenerative, permanent. Whatever you call the farming movement that Bromfield and his allies inspired in the first half of the twentieth century, it is still with us—larger, more sophisticated, but also facing larger and more sophisticated problems.

It is striking to consider just how many of these problems Bromfield anticipated half a century ago. He advocated for the humane, almost sacred, treatment of livestock and wrestled with the ethics of eating animals, once writing, “It is very hard to dine upon a friend.” He warned against the monocultures that now dominate our farmland, especially corn, which he called “a viscous and destructive tyrant.” And he railed against farm subsidies, a form of “bribery” that encourages the “worst element of our agriculture—the inefficient, the ignorant, the speculators, and the single-crop farmers.” He saw the emergence of a terrifying system that seemed purpose-built for “maintaining rural poverty and continuing to destroy, through erosion and depletion, the most valuable of all our natural resources—the good earth of this country.”

Excerpted from The Planter of Modern Life: Louis Bromfield and the Seeds of a Food Revolution by Stephen Heyman. Copyright © 2020 by Stephen Heyman. Used with permission of the publisher, W.W. Norton & Company, Inc. All rights reserved. 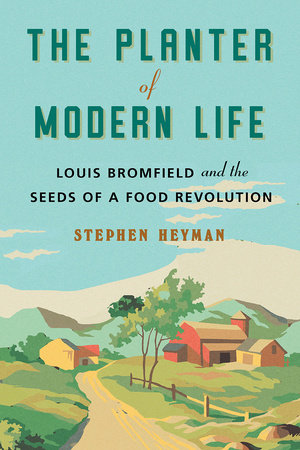 The author of The Planter of Modern Life: Louis Bromfield and the Seeds of a Food Revolution, Stephen Heyman has written for the New York Times, Slate, Vogue, and many other publications. He is the recipient of fellowships from the Leon Levy Center for Biography and the National Endowment for the Humanities. He lives in Pittsburgh.