Mary Wollstonecraft did make plain her liking of the countryside. Whilst residing at Bath in 1780, she wrote to Jane Arden, her close friend from when the Wollstonecraft family lived in Beverley in Yorkshire, that were she to have a choice in the matter, she would not live in a large town, “as I am fond of the country.” She enjoyed physical exercise and was particularly fond of walking and riding among fields as well as swimming. In Yorkshire, she exclaimed affectionately of a nearby commons: “I long for a walk in my darling Westwood.” In a letter from Henley in mid-September 1787, she told her publisher Joseph Johnson that

Since I saw you, I have, literally speaking, enjoyed solitude. My sister could not accompany me in my rambles; I therefore wandered alone, by the side of the Thames, and in the neighboring beautiful fields and pleasure grounds: the prospects were of such a placid kind, I caught tranquillity while I surveyed them—my mind was still, though active. Were I to give you an account how I have spent my time, you would smile. I found an old French bible here, and amused myself with comparing it with our English translation; then I would listen to the falling leaves, or observe the various tints the autumn gave them. At other times, the singing of a robin, or the noise of a water-mill, engaged my attention—partial attention—for I was at the same time perhaps discussing some knotty point, or straying from this tiny world to new systems. After these excursions, I returned to the family meals, told the children stories (they think me vastly agreeable), and my sister was amused. Well, will you allow me to call this way of passing my days pleasant?

The sight of nature transported her. She wanted to live in the forest outside Windsor every time she rode through it. This was true not only in her youth. Natural beauty had a profound effect on her throughout her life, invigorating her and restoring her to physical and emotional health. Writing to the American entrepreneur and sometime novelist Gilbert Imlay—the father of her daughter Fanny—from Tønsberg, Norway, at the end of July 1795, she declared: “I never was so much in the air. I walk, I ride on horseback—row, bathe, and even sleep in the fields; my health is consequently improved.” Adding, a few days later,

Employment and exercise have been of great service to me; and I have entirely recovered the strength and activity I lost during the time of my nursing. I have seldom been in better health, and my mind, though trembling to the touch of anguish, is calmer—yet still the same. I have, it is true, enjoyed some tranquillity, and more happiness here, than for a long, long time past. (I say happiness, for I can give no other appellation to the exquisite delight this wild country and fine summer have afforded me.)

She also declared her love of the country to her husband William Godwin, longed to be in it with him, and imagined herself smelling “the fragrant gale” and feeling both the sun and moonshine on her in one of his travels. The thought of God was never far behind in her reflections on nature. “As I love the country and think with a poor mad woman, I knew,” she wrote to Godwin in May 1797, less than four months before she died, “that there is God, or something, very consolatory in the air.” 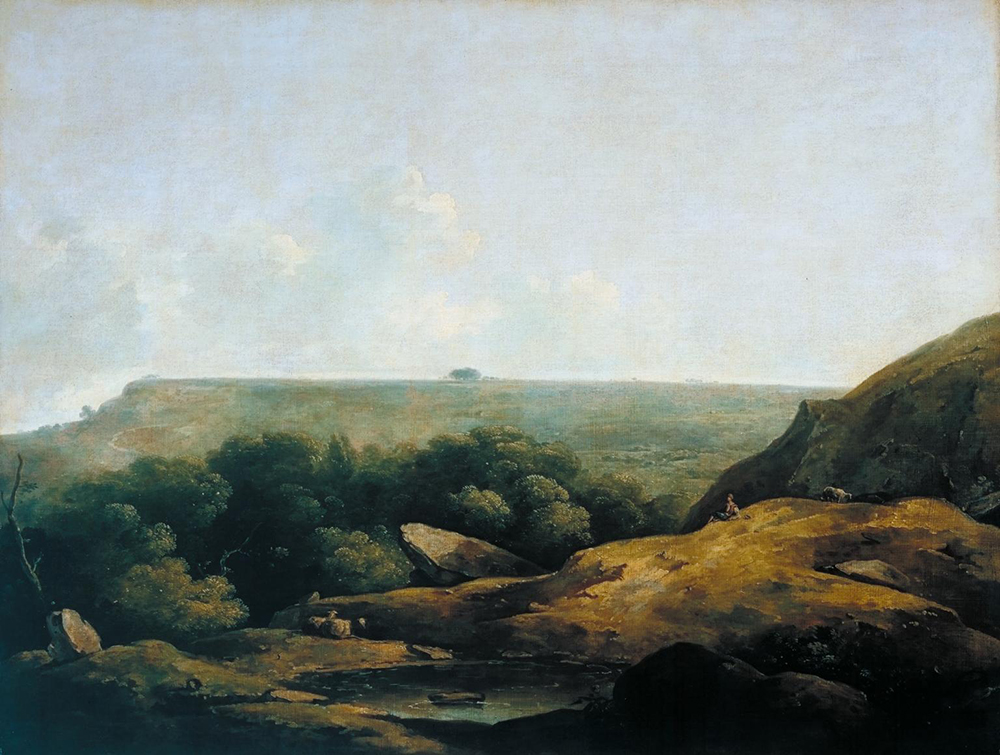 Indeed, she marveled at the Creation in individual instances and its entirety, and though Wollstonecraft’s faith often manifested itself in relation to somber thoughts of death, she did take pleasure in seeing the world explained in such a way as to reveal God’s omniscience. Thus, reviewing the Reverend Samuel Stanhope Smith’s An Essay on the Causes of the Variety of Complexion and Figure in the Human Species. To Which Are Added, Strictures on Lord Kaims’s Discourse on the Original Diversity of Mankind shortly after its publication in 1788, she concluded: “We cannot dismiss this article without expressing the pleasure the perusal has afforded us;…whatever tends to make visible the wisdom of the Supreme Being in the world we inhabit is of the utmost importance to our happiness.”

This expression of delight might explain why Wollstonecraft was asked to review a number of works of natural history, including Buffon’s Natural History, Abridged and the Scottish obstetrician William Smellie’s The Philosophy of Natural History. Although we do not know whether she asked Johnson to have them sent her way, she did appear to take a genuine interest in them. Such comments also explain why, in the June 1791 issue of the Analytical Review, she said that she had “long been persuaded that the first study of children should be natural history.” To be in nature, particularly walking through it, and to see oneself at one with it through its study was clearly essential to well-being in her view. 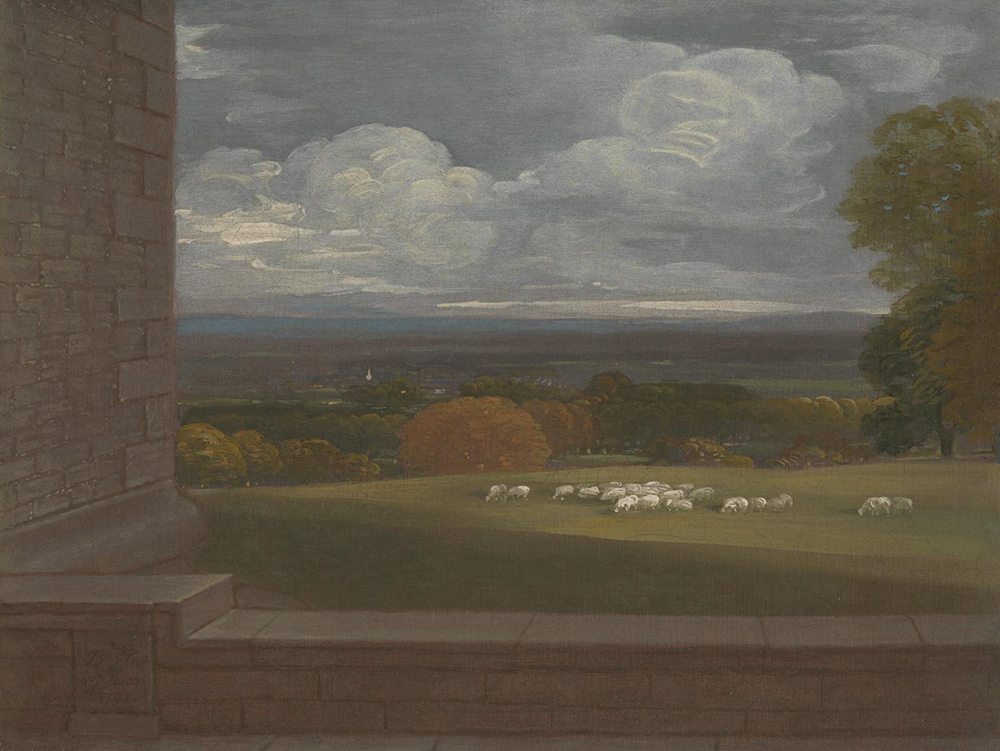 The centrality of this belief to her view of pedagogical and moral and political philosophy cannot be overstated. Wollstonecraft’s love of nature did not entirely blind her, however, to the charms of some towns, though her liking of them tended to be connected to nature in some way. She thought Bath very attractive, and if she were to have to settle in a town would have chosen it, if only for its situation. She liked Southampton, where she sea-bathed. She found its inhabitants particularly friendly, and her appreciation of places was also tied to the character of the people in them. She longed to visit Ireland and

in particular the dear county of Clare. The women are all handsome, and the men all agreeable; I honor their hospitality and dote on their freedom and ease, in short they are the people after my own heart. I like their warmth of temper, and if I was my own mistress I would spend my life with them.

She changed her mind once on the island, but that had more to do with her social life while residing in Dublin and working as governess to Lord and Lady Kingsboroughs’ children than it had with Ireland or the Irish per se. Thus, while most of her letters are those of a troubled and unhappy friend, sister, and lover, what she called her “melancholy” and the painful reality of her circumstances should not obscure the fact that, had things been otherwise, she had the capacity to rejoice in a great variety of experiences.

Similarly, her very extensive critiques of her contemporaries at home, in Portugal, Ireland, France, and Scandinavia, should not be taken to mean that she was essentially censorious, though she could, naturally enough, be envious, of the happiness of others. Writing to Jane Arden from Windsor in the spring of 1781, she confessed:

This is the gayest of all gay places; nothing but dress and amusements are going forward; I am only spectator—I have lost all my relish for them: early in life, before misfortune had broken my spirits, I had not the power of partaking of them, and now I am both from habit and inclination averse to them. My wishes and expectations are very moderate. I don’t know which is the worst—to think too little or too much. ’Tis a difficult matter to draw the line, and keep clear of melancholy and thoughtlessness; I really think it is best sometimes to be deceived—and to expect what we are never likely to meet with.

Although her tribulations afforded her few opportunities to express joy, she made the most of the occasions she had to experience happiness whether in nature or evoked by music and poetry or through close relationships. Her love of nature did not preclude her appreciation of the arts, nor did they need to be imitative of nature to warrant her approval. On the contrary, we saw that she believed that while art should not be made to act or appear as a substitute for nature, at its best art enhanced appreciation and awareness of the natural environment, and in so doing brought humans closer to the divine. 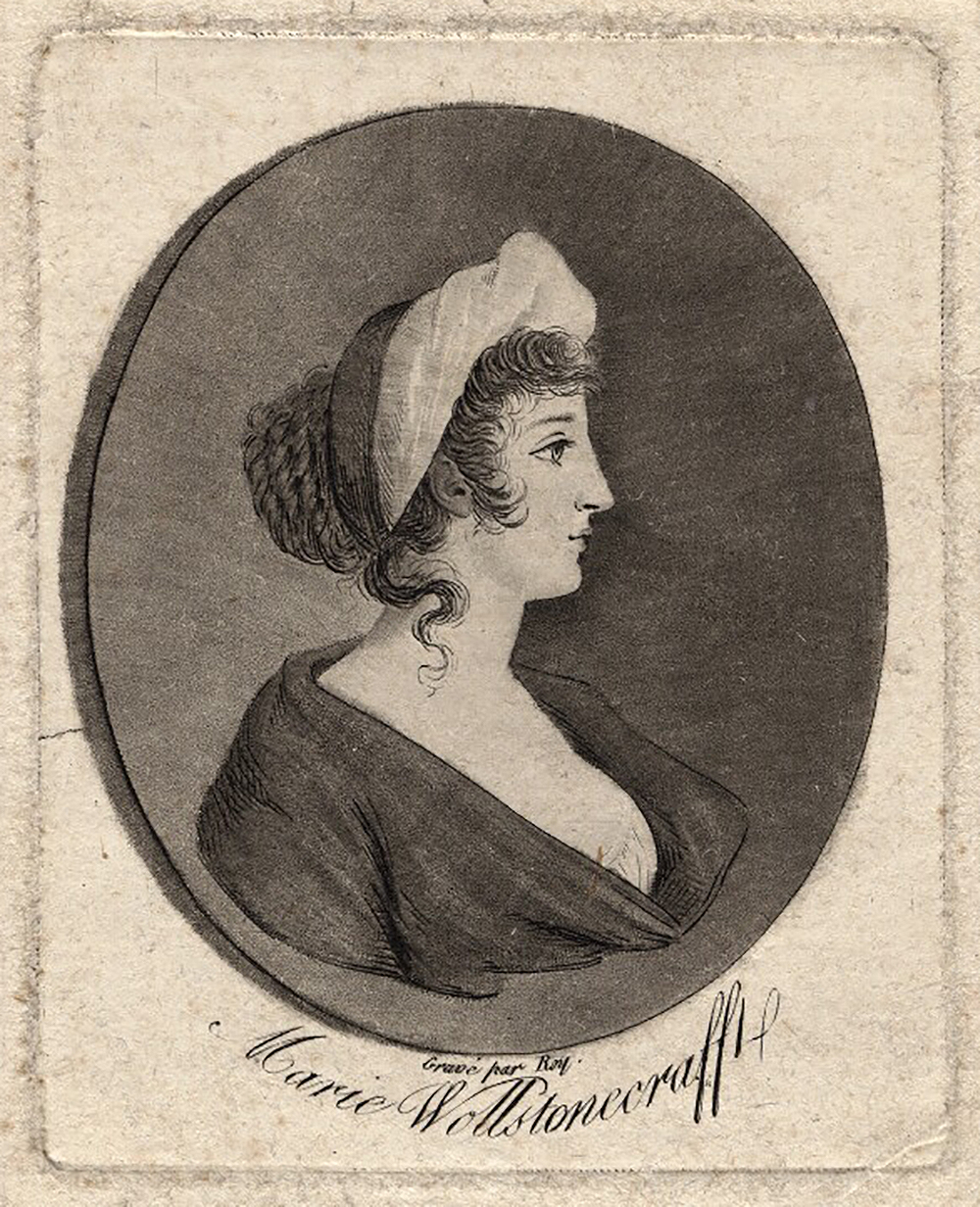 Art had to elevate. Wollstonecraft made this point several times in relation to its various forms, including when speaking of architecture. She thought Grecian buildings graceful; seeing them filled the mind with pleasing emotions, because, in her view, elegance, beauty, and utility never failed to satisfy a cultivated mind, “things appear just what they ought to be,” as she wrote in the notes for her unpublished sequel or second volume to A Vindication of the Rights of Woman. This led to “a calm satisfaction,” but while “this kind of pleasure may be lasting,” she wrote, “it is never great.” Great pleasure could only be had if the beholder was somehow transported. “Reasonable content” was pleasing, but as it left the imagination unexercised, it could not engender sublime feelings. Art, whether architectural, statuary, musical, or in any other form had to affect beyond contentment. It had to elate. For this to happen, the viewer or listener had to be prepared, that is, be educated so as to be receptive to the artistry and yet, were it to be either slavishly imitative or overly refined, the effect would not be achieved. Similarly, an overly sophisticated spectator or listener would not be open to being taken wherever the art form might lead. 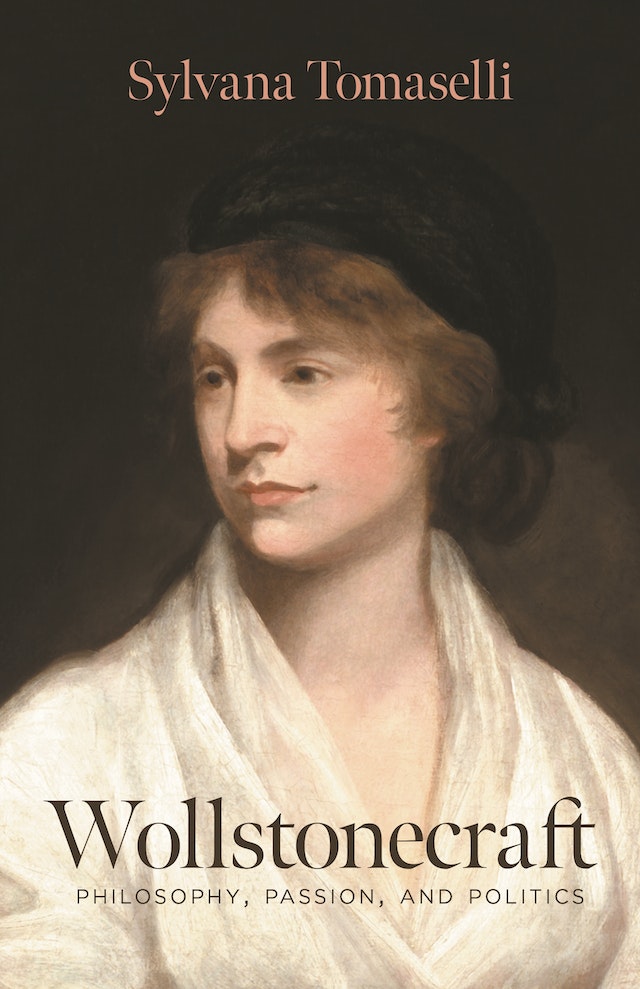