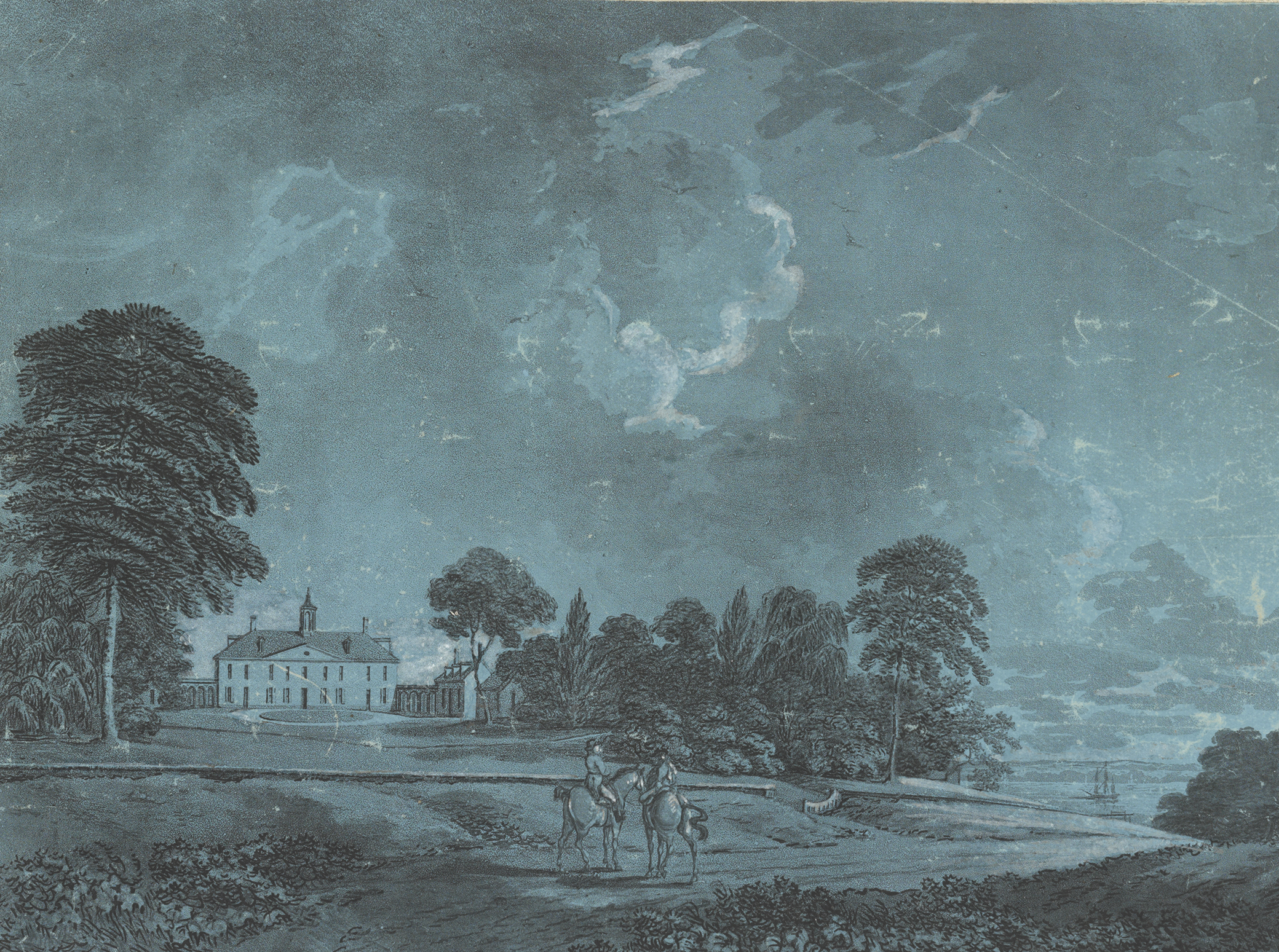 During the summer of 1794, an enslaved woman named Kate petitioned George Washington with an unusual request. She wished to become a paid midwife to “serve the negro women (as a Grany) on [his] estate.” Washington received word of this appeal from one of his overseers, an enslaved man named Will who was also Kate’s husband, while he was home during his second term as president of the United States. Although Washington was accustomed to managing his eight-thousand-acre Mount Vernon estate in addition to leading the new nation, this was a vitally important application. Kate not only wanted to serve the plantation as midwife; she also requested monetary payment for her skills. According to Washington, she “intimat[ed] that she was full as well qualified for this purpose as those into whose hands it was entrusted and to whom I was paying twelve or £15 a year.” Washington admitted that he could think of no reason “why she should not be so,” so he directed his farm manager to “commit this business to her, if thereupon you shall be satisfied of her qualifications.”

Kate’s request occupies only a few lines within the vast archival holdings of the Washington papers, and the brevity with which Washington discussed the “application…made to [him] by Kate at Muddy Hole” belies the significance of that exchange. It is uncommon that the limited choices of women enslaved in eighteenth-century America are preserved, and even then they are almost always mediated through the voice of the slaveholder. These fragments of information are found within plantation accounts and reports, slave owners’ and overseers’ correspondence, and diaries of those who exercised enormous power. Weaving these archival pieces together reveals both the significance of childbirth in an expanding slave society and the complicated narratives of choice and agency for the women enslaved within it.

The political and economic changes wrought by the American Revolution further entwined slavery in the fabric of the nation. Virginia, along with several other states, banned the transatlantic slave trade in 1778. Because no foreign source of slaves was legally available, plantation owners’ financial interests in enslaved women’s reproductive health began to rise. Enslaved women—and the children they produced—formed the core of the entire plantation system, a major economic engine for the new nation. Kate, a woman who herself gave birth to at least four children, boldly petitioned her owner not only to facilitate and contribute to that process but also to control her labor as a slave. She demanded monetary compensation for her services.

Midwifery was regarded as a valuable skill that necessitated specialized knowledge and a certain kind of expertise. For free midwives, this, of course, meant they were compensated for their labor. The standard monetary payment for midwives was approximately six to ten shillings per birth. At Mount Vernon, George Washington compensated each free white midwife an average of ten shillings.

Some slave owners even kept separate accounts for midwives in their plantation ledgers. In Westmoreland County, Virginia, George Washington’s nephew William Augustine Washington kept a plantation account book from 1776 to 1792. “Old Pegg the Granny” had her own designated account of debits and credits. In Washington’s account with “Old Pegg the Granny” from 1784 to 1787, Pegg delivered seventeen enslaved women on William Washington’s plantation. That labor was valued at ten shillings per delivery on the credit side of the account, and the total earnings for that three-year period amounted to £8.10. On the debit side, Washington recorded the corresponding payments he made to Pegg for her services, including bushels of wheat and credit on his account at the nearby Mattox Bridge and Leeds stores. These payments reflected the local economy and indicate that Pegg probably purchased items at these stores with her earnings. William Washington’s account with Pegg demonstrates that enslaved women held crucial roles in the business of childbirth and that they could claim economic space for themselves within the institution of slavery. 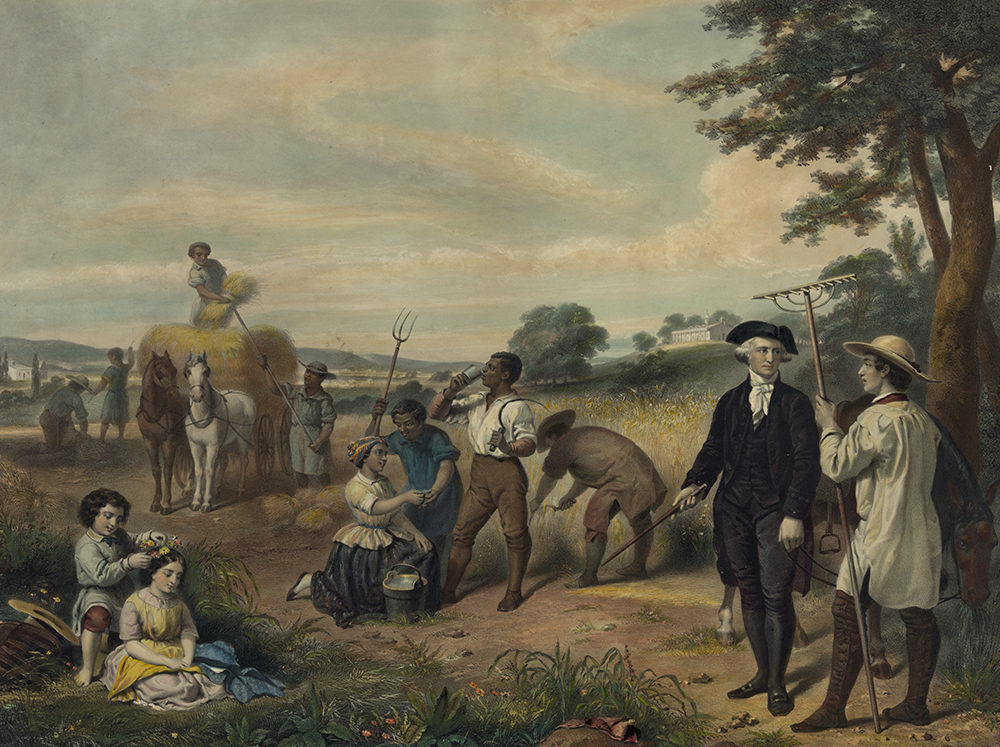 Compensating enslaved midwives reflected the unique and complex economic relationship between master and slave, particularly with regard to slave bodies. Masters considered enslaved people property that could increase their wealth. Enslaved women thus represented chattel property that could increase financial holdings through both productive labor as well as through the capacity for reproduction. Midwifery work promoted good care for enslaved mothers and infants at the same time that it expanded and reinforced slavery. Slave owners needed these practitioners to ensure the health of their reproducing enslaved women and the health of newborn infants, who expanded the labor force. Midwives were also expected to ensure that enslaved women returned to work in timely manner following childbirth.

Slave owners’ management of enslaved women in childbirth reflected their dual interest in the productive and reproductive abilities of their bodies. Washington, in fact, instructed his farm overseers to turn in a weekly report accounting for the labor performed on each of the five farms. At the end of each report, the overseer listed sick laborers and enslaved women in childbed, along with the accounting of stock. Reports indicated that most parturient women were given an average of four to six weeks off from field or domestic work. Between January 1797 and December 1798, the most consecutively documented farm reports, at least thirty-five women were pregnant across the estate. This means that for that two-year period, approximately 24 percent of the labor force was in childbed.

From Washington’s perspective, the time taken to birth and care for newborn infants directly amounted to labor lost for several enslaved women. The farm reports in April 1797 for Muddy Hole farm documented three women—Darcus, Letty, and Amie—in childbed. Washington calculated the worth of labor by multiplying the number of workers by the six days they were expected to work during the week. At Muddy Hole for the week of April 8, 1797, fourteen “hands” equaled eighty-four days of labor. Darcus, Letty, and Amie were listed as being in childbed for that entire week, which equated to eighteen days not working. To Washington, those three women in childbirth represented a 21 percent loss of labor for that single week. All three women remained in childbed for four successive weeks. They were constantly unable to work within his plantation economy.

Richard Corbin wrote to his farm manager in Virginia in 1759 that “the breeding wenches more particularly you must instruct the overseers to be kind and indulgent to, and not force them when with child upon any service or hardship that will be injurious to them.” Using the word breeding to refer to pregnant enslaved women indicates that Corbin regarded them as increasing his property.

Many slave owners considered the time their enslaved women were in childbed a loss in valuable labor. As Landon Carter noted in 1758, the corn at his Mangorike quarter farm would have been finished sooner if not for the “one big bellyed woman that has seemed to be near her time about two months.” In 1770, he complained about two women feigning pregnancy. Sarah “worked none last year pretending to be with Child and this she was full eleven months before she was brought to bed,” and Carter assured himself that he would “break her of that trick.” Another enslaved woman named Wilmot at Fork quarter “always pretended to be too heavy [with child] to work and it cost me twelve months before I broke her.” Carter also complained of enslaved women taking what he thought was too much time from fieldwork to nurse their infant children. He stated, “Last year the suckling wenches told the overseers that I allowed them to go in five times about that business; for which I had some of them whipt and reduced it.” Landon Carter directly equated the time his enslaved women were pregnant and nursing to time lost in productive labor on his plantations, even using corporal punishment to enforce this business practice.

Compensating enslaved midwives could include labor exploitation in other ways. Many slave owners significantly decreased the value of elderly enslaved people they thought could no longer do fieldwork. This included enslaved midwives. Kate at Muddy Hole farm was considered an old woman, and in 1797, Washington petitioned Fairfax County for a tax exemption on sixteen older enslaved people at Mount Vernon, including Kate. Yet in February 1799, she was involved in remedying tongue-tie in infants. As an enslaved woman, she was clearly still providing valuable care, but Washington deemed her too old to be financially productive on his plantation.

While being an enslaved midwife was a valuable skill, it was also a way for a slave owner to extract work out of elderly enslaved people they deemed not fit to work the land for their economic benefit.

Midwifery skills were so valuable in protecting property interests and securing profits that slave owners often paid midwives regardless of servitude status, which placed enslaved women in this nebulous space of volitional, yet additional, labor under slavery. It was a service performed not just as extra labor on Sundays or holidays but whenever and wherever a woman went into labor. The compensation for that medical skill specific to enslaved women represented a different economic relationship that carried certain expectations. It was not a discrete exchange. Paying enslaved midwives was a unique and valuable service that owners used to protect their chattel property.

Midwifery among enslaved women in Virginia remained much the same after the American Revolution as it had been before. Enslaved midwives continued to cultivate intricate social and interracial networks of shared medical knowledge. They sustained this knowledge through local, transatlantic, and intergenerational exchanges. Enslaved midwives traversed landscapes to nurture mothers and infants and strengthened the bonds of community within and among plantations.

What did change, however, was the larger political and economic context, which, in turn, altered the larger significance of the enslaved midwife’s role. Although white people had long regarded enslaved people as property, following the American Revolution slave owners’ interest in protecting their chattel significantly increased. In fact, for Virginians in particular, slave bodies themselves became much more valuable. In 1778, Virginia, along with several other states, banned the transatlantic slave trade. This ban continued through the American Revolution. Surprisingly, slave owners in Virginia actually did not perceive the ban as financially inhibitive. The state’s enslaved population was already increasing through reproduction. The economy was transitioning to the cultivation of wheat and other grains, which did not require as much labor. Instead of needing more slaves, they started to have a surplus of slaves.

After the ratification of the Constitution in 1789, it was clear that the ban on the international slave trade might become permanent for the entire country. As early as 1808, Congress might pass a law that completely prohibited the transatlantic slave trade. Moreover, due to westward expansion and the growth of the cotton staple, the value of enslaved people as commodities began to increase. These political and economic changes heightened the demand for slave bodies. Especially in Virginia, slave owners increasingly realized that their enslaved people represented not only labor but also capital: commodities that could be sold to the Deep South for cash. The domestic slave trade—the “second middle passage”—created new incentives to encourage slave births and nurture the health of the existing slave population.

Enslaved midwives, essential to this process, unwittingly contributed to the continuing existence of the very institution that held them in bondage.

Excerpted from Women in the American Revolution: Gender, Politics, and the Domestic World, edited by Barbara Oberg. From chapter one, “The Labors of Enslaved Midwives in Revolutionary Virginia,” by Sara Collini. Reprinted by permission of the University of Virginia Press.

Sara Collini is a PhD candidate in the Department of History at George Mason University and a graduate research assistant for the education division at the Roy Rosenzweig Center for History and New Media.