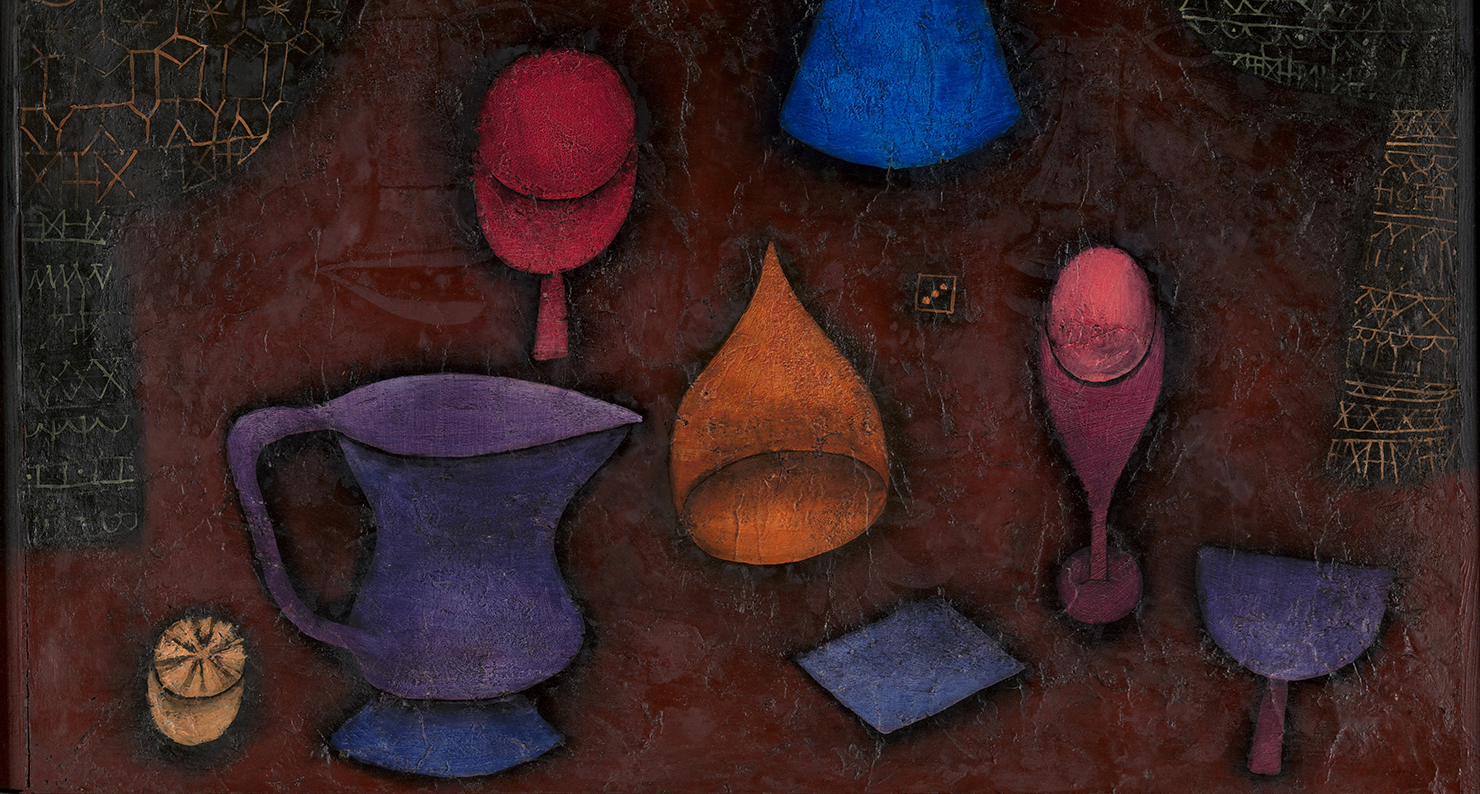 I read recently about a literary argument between two poets that took place in Key West in February 1940. Wallace Stevens said to Robert Frost, “Your trouble, Robert, is that you write poems about subjects.” And Frost replied, “Your trouble, Wallace, is that your poems are about bric-a-brac.”

Something about this exchange makes me incredibly happy. As though they are one of those cranky couples who have divided up the domestic chores, with one of them arranging what is outside the house, the other looking after what is inside. You look after the stone walls and the birches, and I’ll attend to the coffee, the Seville oranges, the sunny chair, and the rug. They thought about stuff and then they fought about it. It is assumed that Stevens may have been drunk at the time, but no one is really sure, which pretty much makes it the same kind of vague conjecture people make when they are talking about other couples’ fights.

The anecdote says something about the gorgeous inanity of so many literary arguments. It also says something about the nutty possibilities of spring break for poets. But what it also suggests is that poetry and home design seem to exist in parallel universes. They both consider arrangements of space, color, texture, time of day, how the air feels, how landscape and structure can meet, how light falls into a room, how human beings can inhabit a space, how interior and exterior space can converge—whatever, you get my point.

Maybe the only real difference is that you have a pretty clear idea what one is about and not the other. I know what some things are for, like a chair or a rug or a stone wall. I haven’t a clue what poetry is for, though I think most of us benefit from reading it from time to time. Although I went to college in Vermont not far from where Frost once lived, it was, weirdly enough, Stevens I remember reading then. As ridiculous as it sounds, it was a time when you could get stoned and talk about the word innuendo for hours at a time. And then that phrase of his, “celestial ennui.” When you are eighteen and in college, you can go on for months imagining how it is possible to attach those two words to nearly every facet of your life. And, actually, when I think about it now, that’s about as close as I’ve come to knowing what poetry is for.

It’s been a while since I’ve given celestial ennui much thought. But I’ve certainly been wondering lately how to tell the difference between a subject and bric-a-brac. Or if there even happens to be a difference. Because I would suspect if this is going to be resolved, it’s not going to be by a couple of poets arguing in Key West but by a woman trying to straighten out her house.

I am just such a woman, and here is what I can tell you. It’s not that these things are interchangeable, but more that we often mistake one for the other. The things you think are the knickknacks, your father’s gold pen, your mother’s silk scarf, the row of shells on your windowsill, the blue ceramic teapot you bought in Rye—these are subjects. Regardless of what they are saying in Key West, I can promise you this.

Everything else is bric-a-brac. Your ideas of comfort or what makes a room beautiful or your thoughts about safety or privacy—the paint on all these will chip, their edges fray, they will get scuffed up and knocked over by some guest, and then be forgotten. These are the miscellaneous curios that will matter least. If you don’t believe me, then at the very least, when you are straightening up your living room and maybe even when you are writing a poem, you could do worse than to treat bric-a-brac as a subject and a subject as nothing more than a piece of bric-a-brac.

Adorable is not an adjective you find yourself using very often in Iceland, where the landscape tends toward glacial flow, heartstopping waterfalls, vast and ashen volcanic plains. But it was exactly the word that came to mind the day my friends and I visited the turf houses. We couldn’t help but be charmed by the little grassy roofs, wee gables framed by whiskery weeds, the azure blue walls, the hand-sewn coverlets. These little houses are not so much sited in the landscape as snuggled. They really are. The rooms in this particular complex are labyrinthine, tiny bedrooms and sitting rooms leading one to another, and we send a photo of one of these huts to a friend who has a house in East Hampton and is an interior designer. She texted back, “Must have turf house.”

She is a kind, smart, funny woman but, like you or me, will sometimes say things just because they are expected of her. I don’t think she will really have a turf house built on her beach property. On the other hand, though, it is not hard to imagine these cozy little sod houses being the next thing everyone does in the name of sustainability. Or to envision all these little eco-shacks sprouting up on the back lawns of the gleaming glass palaces of eastern Long Island as the quarters for home chefs, personal trainers, and life coaches. It could happen. 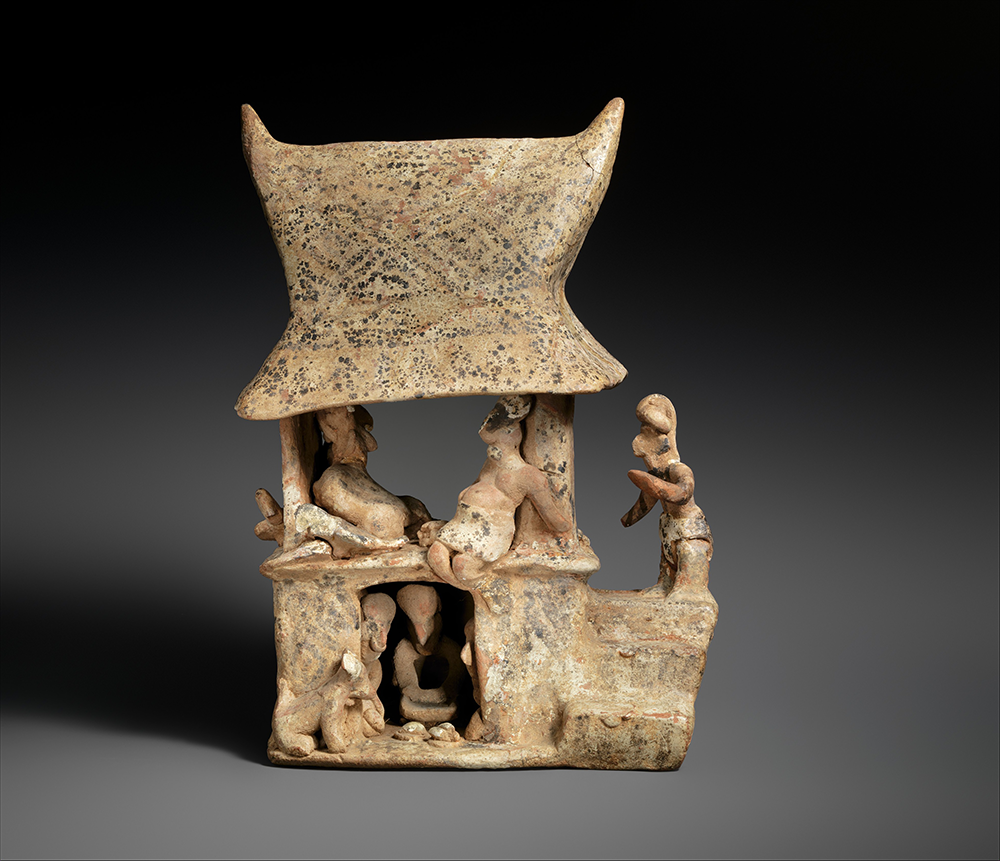 But here is the thing about turf houses. If you had, in fact, lived in one of these a century or so ago, you would, over the course of a winter, have found it a place of infestation, dark, damp, full of stagnant air. Your children’s hair would be crawling with lice. The foul stench from the animals and humans would be unbearable, but not nearly as awful as the insects and worms crawling out of the walls that would leave you with open sores and bloody lesions all over your skin.

I’m not a complete idiot. I know that if the idea of turf houses gets reinvented for the twenty-first century, it will be with new composite materials, ventilation, solar illumination, and so on. But the minute I write this, I think, Wait, I may even be wrong here. Because you know as well as I do that it is equally possible, especially now that you can buy such a thing as antibacterial interior wall paint, that it’s not going to be long before someone will be telling you the insects and worms crawling out of the walls are something to be desired, good for your chi or good for your immune system or good for God knows what else. The infertility and birth defects in mice exposed to such paint are already a matter of record. So as far as I can tell, it’s only a matter of time before the insects and worms become the next thing.

I am amazed constantly by what people believe. And I marvel at the way, in a landscape of tectonic plates that appear to have crashed into each other just about yesterday, a place where glaciers unfurl themselves right down to the road you are driving on and where meadows of black lava stretch as far as you can see, that we are moved to find things that could best be described as “cute.” But honestly, what astonishes me most is our inability to see misery when it is staring us in the face because we think we could be made happy by this room or that.

The New York Times reported recently that South Koreans believe electric fans can kill you. The frigid air they generate is thought to cause hypothermia and possibly even organ failure. Or they can be just as likely to suck out all the oxygen in the air, inducing suffocation. Or possibly oxygen molecules can be converted into carbon dioxide by such fans. While none of these is on record as ever actually happening, such worries persist, and fan deaths are reported regularly in the Korean news media, despite speculation the entire thing was dreamed up by a previous government regime that had hopes of reducing the electricity use of its population. I find it hard to fathom any of this. During the summer months, I rely on the white fan in the kitchen with its curved white blades and their gay, competent rotations. A vertical unit in the study is equipped with multiple adjustments and lights that indicate speed, time, direction, and in the bedroom a standing fan with four different breeze settings can be counted on to draw in and circulate the cool evening air. Animated, energetic, lively, these appliances function something like a herd of obedient little household pets, blinking, humming, and whirring us into coolness, and I think about how outlandish our fears are, especially at home, where the ideas we have about security, domestic comfort, our level of interest in consumer products, inexplicable cultural convictions, and the twists and turns of our own psyches can all converge to construct particularly weird anxieties. And then my mind wanders to all those things that have generated fear in my own household—the pack of American Spirit cigarettes I once saw peeking out from the pocket of a babysitter’s denim jacket, my son’s black rat snake that escaped its cage in the kitchen, a teenager who is suddenly as silent as a Trappist monk, familial discord at the dining room table, the sudden estrangements of spirit among stable adults who should know better, and all those times when a bad wind just blows through the whole house for no good reason—which makes me think the South Koreans may have it right after all.

Akiko Busch is the author of The Incidental Steward, Nine Ways to Cross a River, The Uncommon Life of Common Objects, and Geography of Home. She was a contributing editor at Metropolis magazine for twenty years and currently teaches in the design research program at the School of Visual Arts.