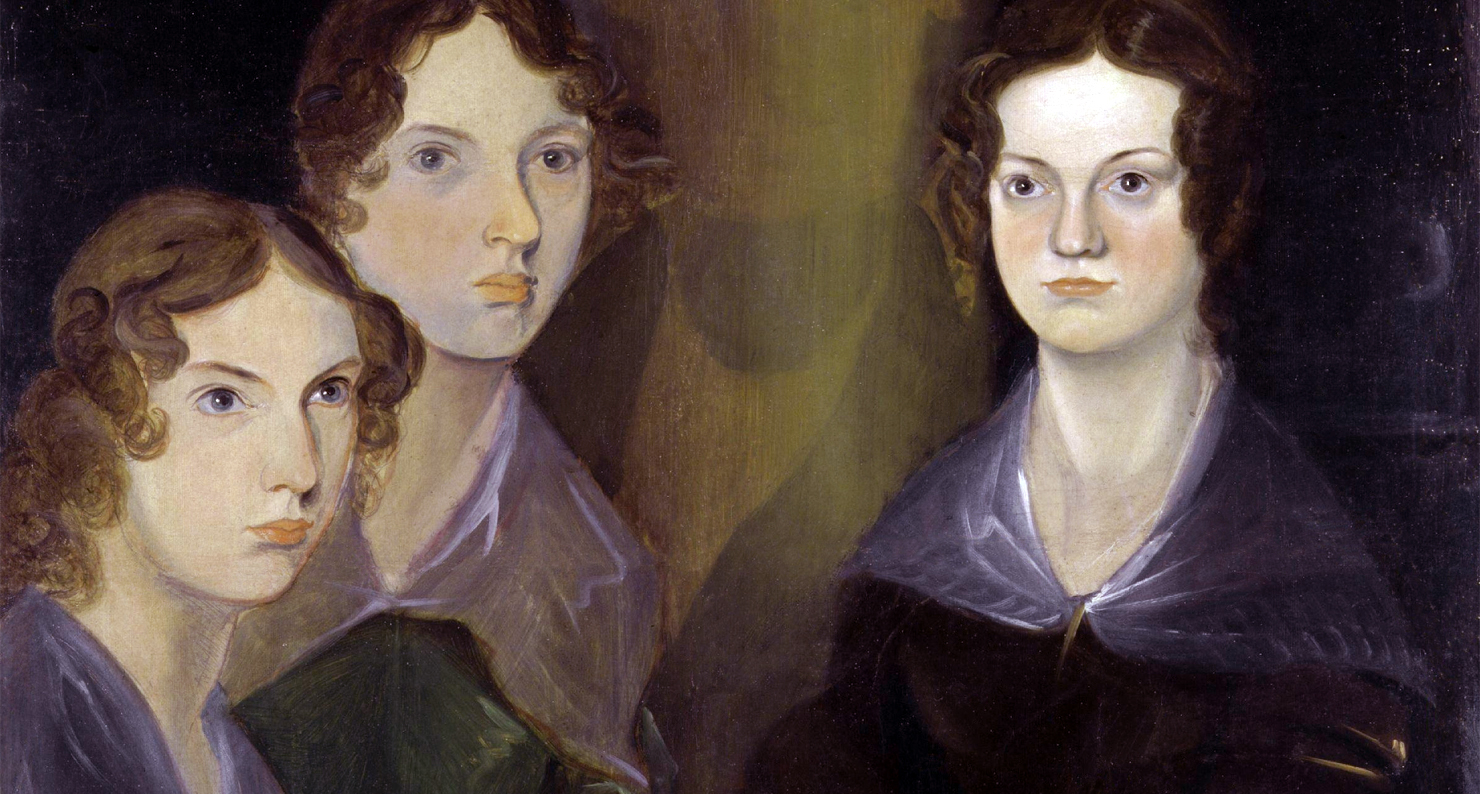 The Brontë Sisters, by Patrick Branwell Brontë, c. 1834. Branwell originally painted himself with his sisters, but later removed his image.

Later this summer, I’ll go home and help my mom cull the boxes of school papers still clogging my parents’ basement. We’ve made tentative stabs at deaccession in the past, only to get distracted by the odd treasure hiding in the flotsam and jetsam: a sweet note from my kindergarten-aged sister to my mom, a homemade “book” from my fifth-grade year in which a student is magically sent to Vietnam to fight an unjust war.

I find that I have forgotten most of elementary school so completely—tests I clearly labored over are now blanks in my memory—that I’m loath to throw these things out completely, though I’ll likely never look at them again. I’ll probably scan them, making a little archive that can live in a hard drive until a crash or an upgrade takes the decision out of my hands.

The childhood scribblings of writers far more famous than I can be found online in the vast attic of digital archives. Most of the juvenilia available on the Web date to the nineteenth century, when middle- and upper-class childhood was increasingly prized, and kids’ ephemera more likely to be saved. Nineteenth-century children’s documents, as compared with their twentieth-century counterparts, are free of copyright considerations, and increase in historical value as they are collected online. They’re old enough to have lost their status as flotsam and become interesting again.

Some of the best digital juvenilia is in the Brontë family archive, recently made public by Harvard’s Houghton Library. The Brontë siblings constructed elaborate fictional worlds, writing tiny novels and magazines that were part of the landscape. (Some of the two-inch-tall volumes were meant for their dolls to read.) The work is impossibly intricate, delicate, and ideally suited to being viewed online—the technician who processed the documents reported literally holding her breath to keep from scattering scraps from the scanner bed.

On my history blog at Slate, I wrote about a few of e.e. cummings’ Wild West-obsessed childhood drawings, held at the Massachusetts Historical Society. Ernest Hemingway’s baby books, digitized by the John F. Kennedy Presidential Library and Museum, are available in hi-res PDFs. While these baby books were produced by Hemingway’s mother, not by the man himself, they contain many maternal notes that record things the young Ernest said. (Age two years and three months: “Ven I det to be a big boy I do-in to de moakey mountains wif Daddy, and I take a big dun an sute bears and lions, an evvy-sing.”) The Carl Sagan archive at the Library of Congress has several great documents from the young scientist, including this drawingfrom Sagan around age nine, chronicling his forecast for the “Evolution of Interstellar Space Flight.”

There are two collections of Brontë-esque juvenilia that were written by kids who didn’t grow up to be famous. The tiny magazines, seed catalogs, and novels of the Nelson brothers, who lived in late-nineteenth-century New Hampshire, resemble complete universes, carefully articulated and all of a piece. (The Nelson archive is soon to be digitally available through Amherst College’s Special Collections website, but for now, you can see a few selected examples on the Archives & Special Collections Amherst blog.) And the late-nineteenth-century work of the Rankin siblings, who created a world called the Bunnie States of America, based on their pet rabbits, can be glimpsed in historian Katherine Grier’s book Pets in America, which reproduces many of the Rankins’ illustrations and images.

A more straightforward childhood diary, digitized by the Martha’s Vineyard Museum, is the journal of Laura Jernegan, who was six in 1868 when she sailed with her father, a whaling captain, and the rest of her family on a three-year voyage to and from Hawaii. The journal is simple, with small observations about the weather, her lessons, and her brother Prescott. Jernegan ends every entry with a ritual “Good By For To Day” which usually comprises a fourth of its total words. While the site has been produced for children—it seems meant to be used in class—the monotony of Laura’s diary is perhaps best suited for somebody who’s not looking for much incident, but instead appreciates the overall fabric of time passing on ship. “Would you like to hear some news,” Laura asks at the end of one entry. “Well I dont know of any.”

Some of my favorite digital juvenilia is geographical. The blog of the David Rumsey Map Collection has a round-up of maps drawn by eighteenth- and nineteenth-century children as part of their lessons. Educator Emma Willard believed in geographical instruction, especially for young women, and the copying of maps was a part of her pedagogy; a surprising number of those student maps, Rumsey writes, have survived to the present to be digitized. Vermonter Frances A. Henshaw, a Willard student, made the most wonderful “book of penmanship” in 1823, featuring hand-drawn and -colored maps of nineteen states, often laid out using innovative interplays of text, color, and form.

The Victoria & Albert Museum holds several samplers that were worked in the form of maps: a way for students to learn geography and needlepoint at one blow. Samplers are, themselves, an intriguing kind of document of historical girlhood. The Sampler Archive Project, which isn’t quite underway yet, will offer many more of these. The amount of young labor that went into any one of these maps—drawn or sewn— boggles the mind.

To move from the laboriously worked to the slight and glancing: on Public Collectors, a website that hosts miscellaneous digital collections that might not make it into libraries, museums, or archives, collage artist Jean Hessoffers a group of marginalia and drawings left in late-nineteenth-century textbooks. Hess writes that she started amassing this collection unwittingly; she was after the maps in those textbooks, and only noticed the children’s markings after the fact. Soon, she began preserving them for their own sakes.

For me, these little drawings perfectly encapsulate the dilemma of the historian looking at juvenilia. They seem to mean everything, and nothing, at the same time; each is precious, and each is utterly ephemeral.

Rebecca Onion is Slate’s history writer and runs the site’s history blog, The Vault. She lives in Ohio.