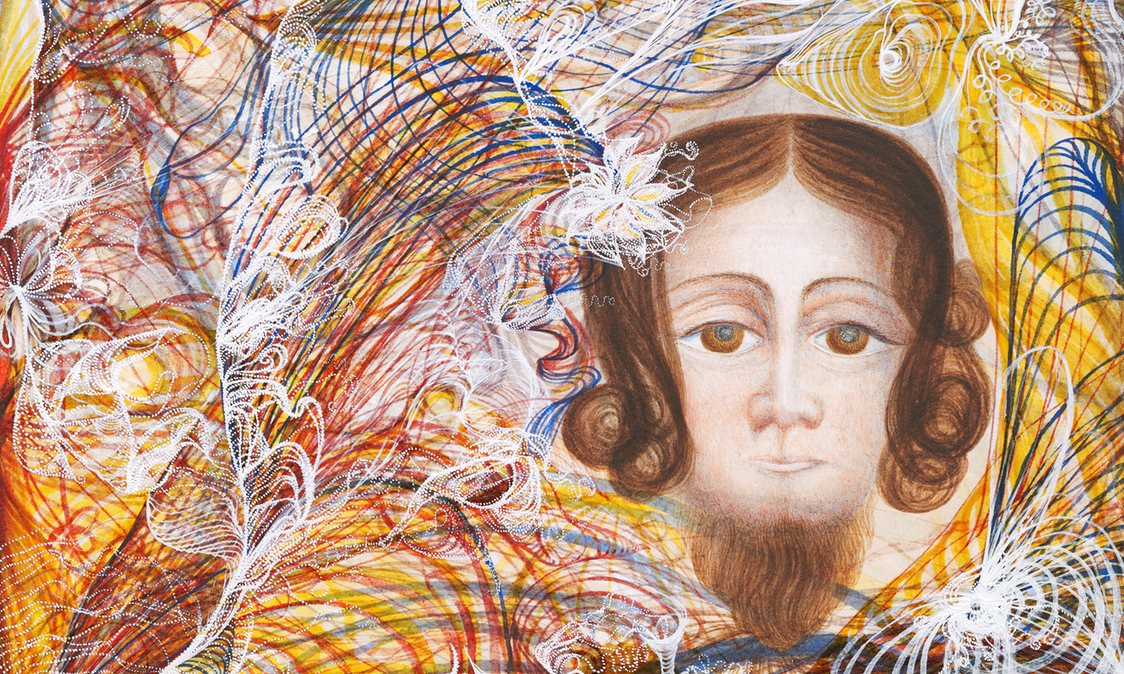 The Portrait of the Lord Jesus Christ, by Georgiana Houghton, 1862. Courtauld Gallery of Art.

• Hot new diet for summer: eating like medieval English royalty! “There are a few specifically recommended foods, though: fresh eggs, red wine and rich gravies or broths. Fresh figs and grapes are good; apples, pears and peaches less so, as they are ‘melancholic,’ the humour associated with black bile. Wheat and all sorts of meat are ‘nourishing and fattening.’ Fresh cheese is also ‘nourishing’ but aged cheese is out: it’s ‘cold, constipating, crude and hard.’” (Atlas Obscura)

• A second look at the work of Georgiana Houghton, a Victorian-era artist whose drawings (some of which, she claimed, were dictated to her by spirits) unusually abstract for their time. (The Spectator)

• Designing the books of the civil rights and Black Power movements. (Print)

• How Borges did money: “The role of money plays a two-sided role in Borges’ artistic life. On one side of the coin’s face, Borges was blessed with the most privileged, ideal life for a burgeoning literary genius. Educated in Europe, raised by his father to become a serious writer, Borges devoted his entire life to literature. He did not take a full-time job for nearly 40 years. But on the coin’s reverse side, we see that young Georgie Borges did not actually write his great fictions until after his family lost their money.” (Longreads)

• A medieval poem about a lost child translated for modern readers. (The New Yorker Page-Turner)​

• An early twentieth-century Jewish scholar on an eighteenth-century Prussian emperor: “Frederick II is a fascinating, incredibly rich book—indeed, probably one of the best works of prose in the German language. But what ultimately makes the book fascinating is the paradox of conservatism at its heart, the unsolvable mystery of why an intelligent Jewish scholar wrote an appreciation of a German tyrant. And the pleasure of reading it is, at bottom, one of intellectual and political regression. In an age of paralyzed, bureaucratized, incompetent government, one feels, against one’s better judgment, just how awesome it must have been to have a ruler before whom one felt justified in kneeling.” (The Paris Review Daily)