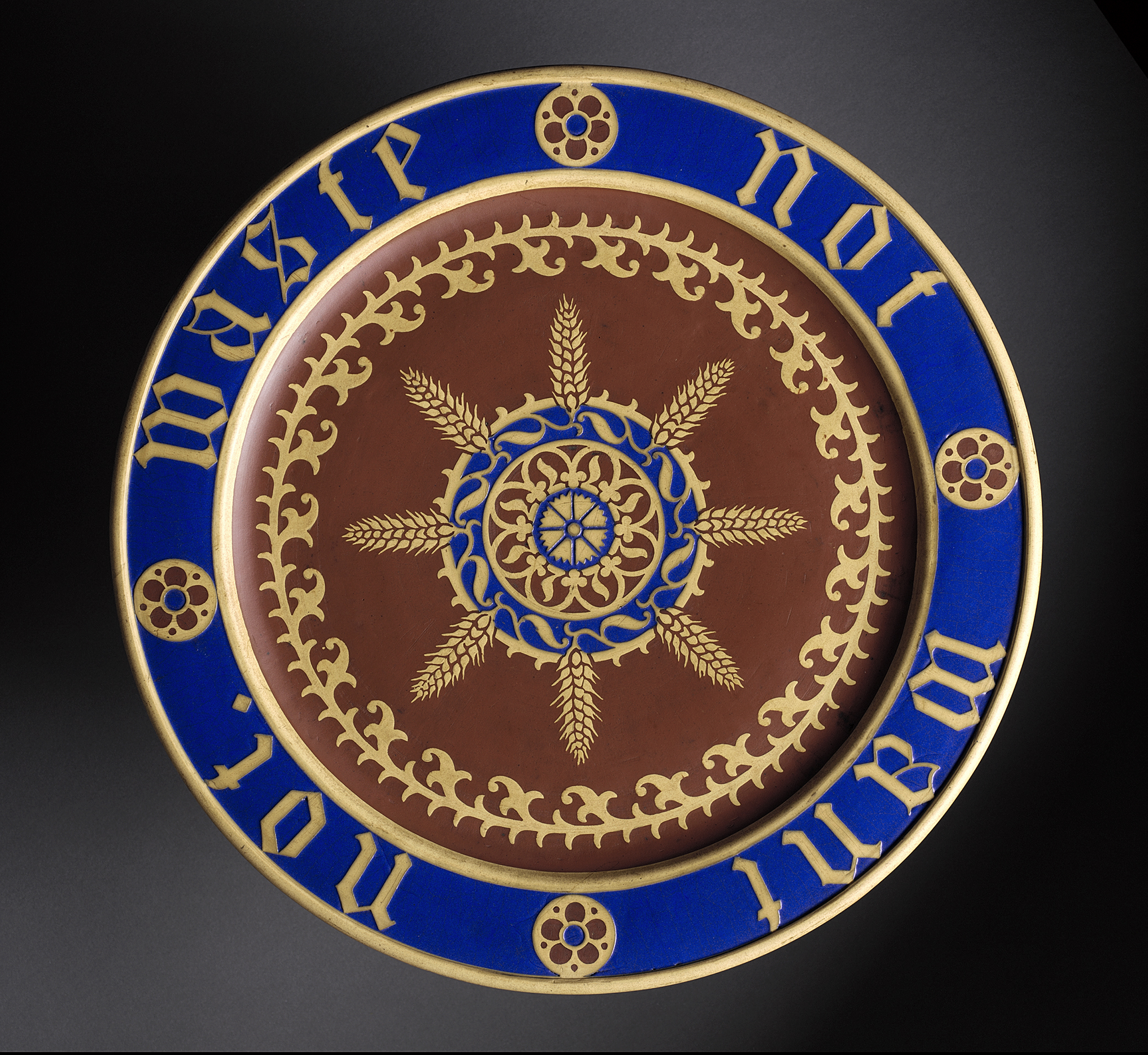 In his humoral system of medicine, the Greek physician Hippocrates of Cos emphasized the importance of diet and exercise. Eating the right foods and moving the muscles were necessary for expelling toxins from the system to maintain humoral equilibrium. Certain animal products and plants—like chilies—could aid in that process, for they possessed powerful elements for boosting health or dispelling illness. As medicinal cookery provided solutions for ailments, diet was devised as a form of self-medicament, even advocated by physicians to help their patients regain their natural equilibrium.

William Banting attempted to diet his deafness away. Banting was an upper-middle-class funeral director whose family held the Royal Warrant for burials for five generations, until 1928. George III, George IV, Prince Albert, and Queen Victoria were all buried by the Banting family. At sixty-six years old, Banting was retired and a widow. He was also obese, 5′5′′ and 202 pounds at his highest weight, and wore a truss to hold in place an umbilical rupture. His weight was so troublesome that he could not tie his own shoes and had to go down the stairs backward to limit the pain of weight on his knees and ankles. He had tried several methods of dropping pounds, including “sea air and bathing in various localities, with much walking exercise; taken gallons of physic and liquor potasse, advisedly and abundantly; riding on horseback; the waters and climate of Leamington many times, as well as those of Cheltenham and Harrowgate frequently.” These attempts were in vain.

In 1862, after finding his eyesight failing and his hearing greatly impaired, Banting consulted an aural surgeon. He was disappointed, however, by the surgeon’s approach, for he “made light of the case, looked into my ears, sponged them internally, and blistered the outside, without the slightest benefit, neither inquiring into any of my bodily ailments, which he probably thought unnecessary, nor afford-ing me time to name them.” After the surgeon left on holiday, Banting decided to visit the Royal Dispensary for Diseases of the Ear (established 1816), which was managed by William Harvey. A respected aural surgeon, Harvey was educated at London’s Guy Hospital and practiced general surgery for several years before deciding to specialize in ear diseases. In addition to his post at the Royal Dispensary, he was aural surgeon at the Freemason’s Asylum for Female Children and at the Great Northern Hospital. As he repeatedly stressed, he bore no relation to the famous physician William Harvey, who experimented with blood circulation.

Upon examining Banting’s ears and assessing his obese stature, Harvey concluded that the undertaker’s deafness was a symptom of fat deposits lodged in the Eustachian tubes. Recalling how starch could negatively affect the body and its role in the production of insulin, Harvey advised Banting to completely overhaul his diet to lose weight, explaining that as the pounds dropped, his hearing would be improved. Banting was advised to abstain from bread, butter, sugar, beer, and potatoes, which had “been the main…elements of [his] existence.” Instead, he was instructed to eat four meals a day composed of meat, greens, fruit, and dry wine. The diet worked: Banting lost forty-six pounds in a few months. He was so astonished by the seemingly miraculous results that he paid Harvey an extra fifty pounds on top of his usual fees, to be distributed among his favorite hospitals. Unfortunately for Harvey, false rumors spread in London that the diet had ruined Banting’s health and that the surgeon was to blame. Furthermore, Harvey’s practice suffered as he was constantly ridiculed for being unable to explain the connection between the diet and Banting’s improved hearing. Since Harvey’s diet management could not be replicated under similar variables, medical practitioners criticized Harvey’s claims that the diet was “scientific.” It was preposterous to even suggest that deafness could be dieted away!

Meanwhile, Banting—whose hearing improved after about seven months of dieting—found himself attaining celebrity-like attention after he self-published a pamphlet in the form of an open testimonial in 1863, Letter on Corpulence: Addressed to the Public. The pamphlet sold out its initial printing; later editions were published by Harrison of London and copies were eventually picked up by American publishers, disseminating Banting’s celebrity to new lands. Banting’s dietary success—in losing weight, more than regaining his hearing—became so well-known that asking someone “Do you bant?” was a fashionable way of asking whether people were dieting.

Banting’s diet remains ingrained in our culture. We just call it the low-carb diet.

Other dietary systems attempting to alleviate deafness had their moments. The editor of The Rural New Yorker undertook a diet of pork based on his landlord’s theory that the ears of the hog are exceedingly acute and could be passed on to the meat. The diet did not cure the editor’s deafness, but he surely enjoyed four months of fresh and salt pork.

William Oakley Coffee of Des Moines, Iowa, appeared on the advertising circuit during the early nineteenth century for his “Elimination-Absorption Treatment” for deafness and ear diseases. Claiming a diploma from Missouri Medical College in 1881, Coffee initially practiced as a general physician before beginning a mail-order “eye-cure” and “spectacle-fitting” business that was eventually exposed by writer Samuel Hopkins Adams in Collier’s “Great American Fraud” series that ran from 1905 to 1907. Filing for voluntary bankruptcy shortly after the exposé, Coffee carried on his itinerant practice before settling in Davenport and establishing a new mail-order business of “deafness cures.” Taking out full-page advertisements costing as much as $190,000 a year, Coffee’s success grew exponentially; he even purchased valuable “sucker lists” (names of supposed sufferers from deafness and catarrh) from letter brokers for more targeted advertising.

Sixty thousand people used his treatment, Coffee boasted. It began with a complete reworking of diet to cleanse the stomach, liver, bowels, kidneys, and blood, for “you cannot build up a good, strong, healthy tissue over diseased, dead waste matter.” Dieting, Coffee explained, was particularly important in the treatment of catarrhal deafness (when mucus blocks the ear and throat cavities) and other forms of partial deafness, for deposits from the nose and throat are oftentimes swallowed and retained in the stomach and bowels, causing discomfort and an unhealthy constitution. This was the “secret” of why Coffee’s treatment worked where others had failed, a claim affirmed by the “testimonials” in his advertisements. Following diet, the “Full Treatment” is then offered: a massage of the nose and Eustachian tubes, following by a cleansing of the aural system using “healing vapors” injected into the nose with a syringe. Then an antiseptic absorbing balm is applied to the membranes of the nose and left to dry. Instant success.

The United States Post Office disagreed; in June 1935 it issued an order against the Coffee Company (then managed by William’s son Percy after the elder Coffee’s death in 1927 from a heart attack) for their mail-order scheme conducted through false and fraudulent pretenses.

Another dietary miracle for deafness appeared around the same period. In 1934 Dr. Grant Selfridge, a graduate of the Hahnemann Medical College in San Francisco and member of the California State Homeopathic Medical Society, examined the medical histories and nutrition diaries of his deaf patients. He observed that most of his patients were deficient in vitamin B, which was essential for maintaining healthy nerves. Selfridge became convinced that vitamin B was a contributing factor in hearing loss, easily remediable through diet, especially for patients with otosclerosis, a hereditary condition that causes progressive deafness due to bone overgrowth in the inner ear. In over a hundred patients, Selfridge prescribed vitamin B tablets, rice brans, or injections. After as few as six injections, he observed evidence of improvement, especially in younger patients; older patients required longer courses of treatment.

Five years later, Selfridge achieved national fame when Time magazine published a short article on his use of vitamin B to treat deafness caused by deterioration of the eighth cranial nerve (the auditory vestibular nerve, which transmits sound and balance information from the inner ear to the brain). After the Associated Press picked up the story, a flood of inquiries and patients from all parts of the country arrived in Selfridge’s office. In a later publication, however, Selfridge clarified that further research was required to study the entire vitamin B complex and its relation to healthy nerves. By 1941 he was experimenting on rats, guinea pigs, and chicks that had been fed diets deficient in one of the components of the vitamin B complex.

His research led him to advocate that pregnant mothers should add more vitamins to their diets as a preventive measure against deafness and other disorders: “The mother should have an optimum diet during her entire pregnancy, and the child when born should be treated the same way. The dietary correction should be carried through childhood and adolescence. This is the only way the deafness can be obviated…The important factors in diet should be: one egg daily; at least one pint of milk daily; one leafy salad daily; orange, grapefruit, or lemon daily.” Does an increase in vitamin B cure deafness? The 1930s and 1940s featured numerous studies on vitamin and nutrition therapy for deafness alongside Selfridge’s, but none conclusively proved that deficiency of any vitamin can cause deafness. Recent anecdotal research suggests that taking vitamin B may improve tinnitus (“ringing in the ear” sensation). Some have examined the effects of vitamin B-12 on hearing loss, arguing that deficiency in the vitamin can lead to, or worsen, cases of progressive hearing loss; however, similar studies have argued the contrary. 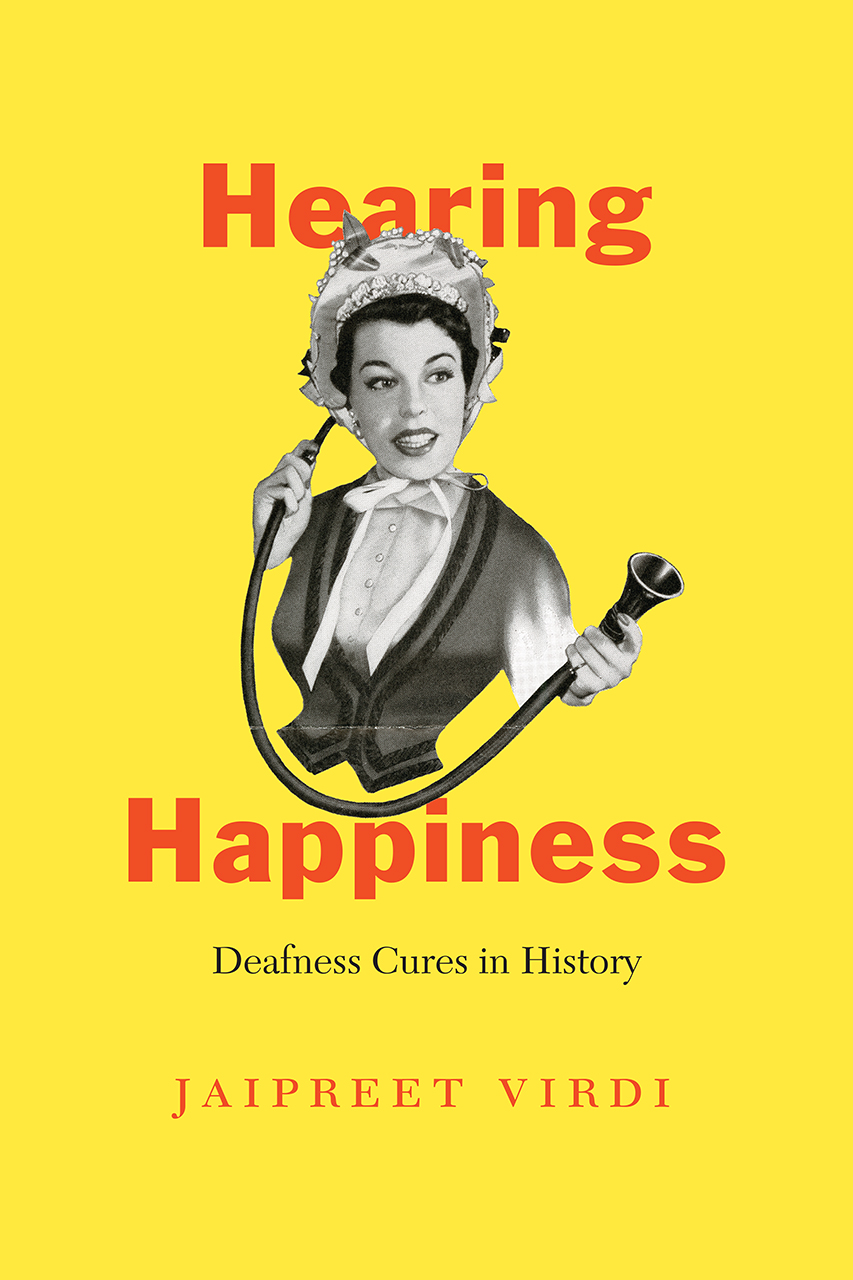 Jaipreet Virdi is an assistant professor of history at the University of Delaware. Find her on Twitter at @jaivirdi.