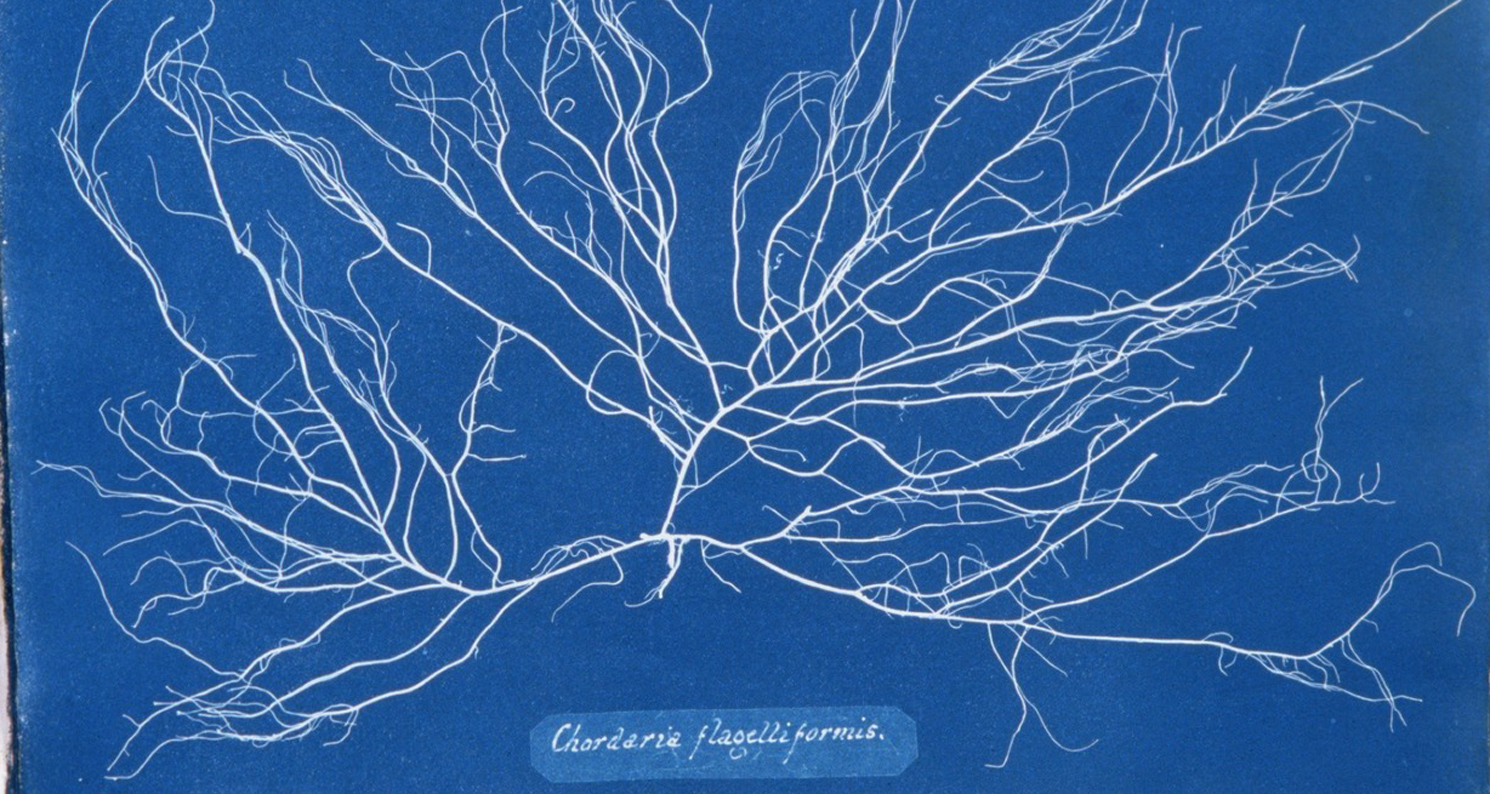 • A hundred years of dogs in New York City’s subway tunnels:  “When a stray dog took up residence in the Bleecker Street station, Transit workers named him ‘Subterranean Dog,’ filled his water bowl, and brought him bones. Sub Dog was eventually captured and booked as ‘a prisoner in the rooms of the Society for the Prevention of Cruelty to Animals, charged with attempted suicide.’” (New York)

• Photography’s nineteenth-century blue period: “While one of the most widely used photographic processes at the turn of the 19th to the 20th century, the cyanotype faded largely from popular use during World War I as black-and-white images were increasingly perceived as more fashionable.” (Hyperallergic)

• The 1955 murder of a jazz sensation remains unsolved: “People have been speculating about Wardell’s death since the police closed the case in 1955. The mixture of music and high drama, the lingering mystery of unanswered questions, and the midcentury setting lends itself perfectly to a noir treatment. But this rich material is someone’s life we’re talking about. Gray was someone’s son, someone’s husband and father. From the perspective of narrative, though, the questions are too tempting to resist: Who was he? What was he up against? What happened to him?” (Michigan Quarterly Review)

• The oldest bookstore in America is 270 years old and probably haunted. (The Guardian)

• The development of fingerprint technology and its links to eugenics: “At the heart of Galton’s exhaustive research program into fingerprints was always the ‘great expectation’ that they might serve as tiny fossil records, providing evidence of the genealogy, personality, criminality, and perhaps even destiny of individuals and groups.” (Public Domain Review)