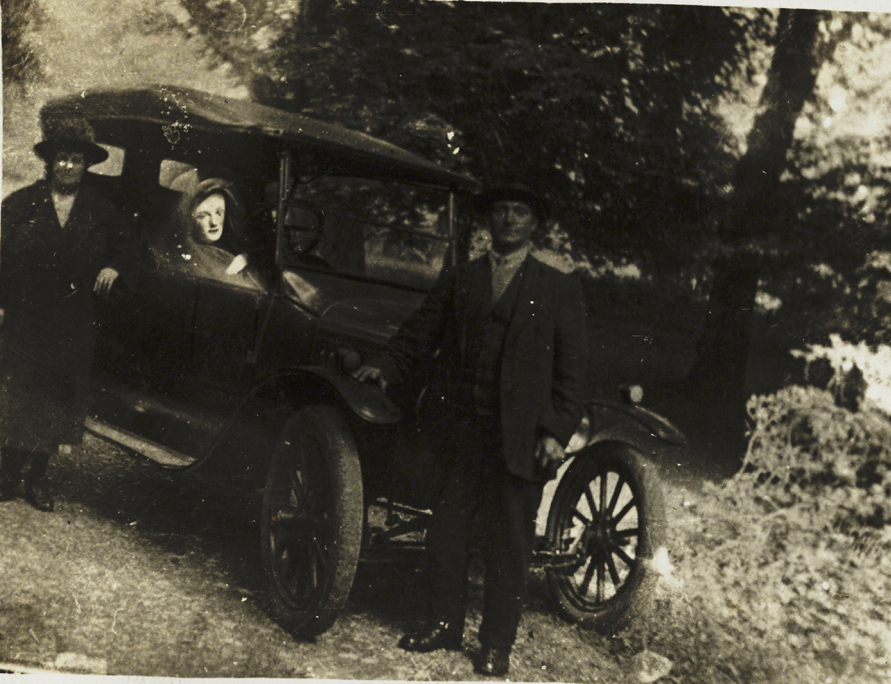 Couple with a spirit in their car, c. 1920. National Media Museum.

• Luc Sante on spirit photography and spiritualism: “The best spirit photos mostly look like trash because it suggests that what is captured by the lens is genuinely unexpected, visited upon photographer and sitter alike, who were rendered helpless by the experience.” (Paris Review Daily)

• How the key to the Bastille wound up in America: “Throughout the 19th century, visitors descended on Mount Vernon and marveled at the object. Several keen observers noticed that the key showed a ‘hard wrench’ or two in the handle’s wear.” (Smithsonian)

• Modernist architecture’s most celebrated restaurant shuts its doors: “The Four Seasons opened in 1959 at the base of the Seagram Building, Ludwig Mies van der Rohe’s city-reshaping black skyscraper on Park Avenue—a building that the late critic Herbert Muschamp, with slight but understandable hyperbole, once called the greatest work of architecture of the past thousand years. The architect Philip Johnson was tasked with designing the space, which he paneled in rich burled walnut; delicate window coverings made of aluminum beads made the light appear to dance. Diners sat in nimble, cantilevered chairs of Mies’s design; Eero Saarinen kitted out the women’s powder room with his well-known tulip chairs; and Ada Louise Huxtable, not yet the doyenne of New York architecture critics, had a hand in everything from the champagne flutes to the bread baskets.” (The Guardian)

• The first Philistine cemetery is found: “The victors write history…We found these Philistines, and finally we get to hear their story told by them rather than by their enemies.” (New York Times)

• The lurid work and mysterious life of Roman poet Catullus: “His fearless attacks on his enemies, even revered public figures, teem with anuses, penises, stinking armpits—one man, a certain Rufus, is said to have a wild goat living beneath his—and graphic sex acts either given or received. The saltiness of these poems has thrilled many a beginning Latin class, but their power extends beyond mere shock value. With his freewheeling aggression, his willingness to let fly at the slightest provocation, Catullus evokes the modern Beat poets; the ‘neoteric’ school to which he belonged was just as daring as theirs in breaking with literary tradition.” (The New Republic)