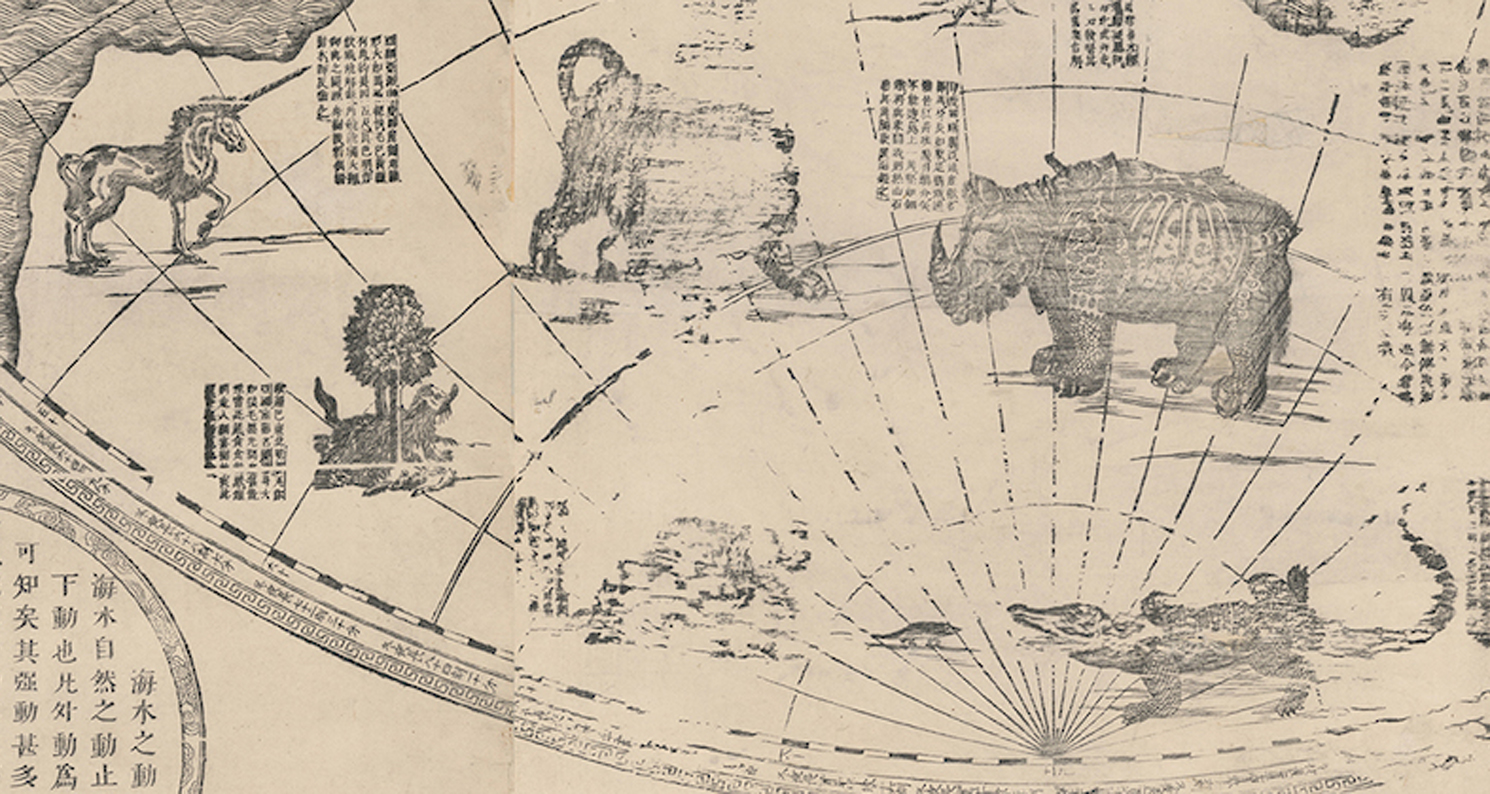 Ferdinand Verbiest, detail of A Complete Map of the World, 1674. Geography and Map Division, Library of Congress. Asian Art Museum.

• How the 1993 Whitney Biannual changed everything: “That biennial marked the effective end of visual culture’s being mainly white, Western, straight, and male.” (Vulture)

•​ Matthew Clair on the history of black intellectuals and white audiences. (Public Books)

•​ The Asian Art Museum of San Francisco displays the seventeenth-century world map of Jesuit scholar Matteo Ricci: “The overall view is unlike that which has been impressed upon our minds by contemporary maps: Here, the New World appears to the right, Africa and Europe figure to the left, and Asia is positioned closest to the center. In its monochromatic splendor, Ricci’s map immediately challenges our visual habits, commanding pause as we find our bearings in this alternate view of the globe.” (Hyperallergic)

•​ Oscar v. Oscars: “Turkish lawmakers found themselves debating Oscar Wilde during a constitutional commission meeting on May 2, after several lawmakers said they did not know who the classic Irish writer was and confused him with the Oscars movie awards.” (Hurriyet Daily News)

•​ How word processors replaced the typist and writers learned to worry about clean copy: “In the late 1970s and ’80s, brands of home computers proliferated: TRS-80 Model I, Commodore PET, Philips/Magnavox VideoWriter 250. All of these were stand-alone machines with price tags over $500. In 1984, Apple released the Macintonsh personal computer, which included MacWrite, a word processor that couldn’t deal with documents over eight pages. Very few writers liked it—with the notable exceptions of Douglas Adams, creator of The Hitchhiker’s Guide to the Galaxy, and Mona Simpson, who used MacWrite to compose Anywhere but Here while interning at The Paris Review. Simpson had an excellent reason for enjoying the new Mac: Her biological brother, Steve Jobs, had invented it.” (The New Republic)

Cypress Marrs is a writer and former Lapham’s Quarterly intern.