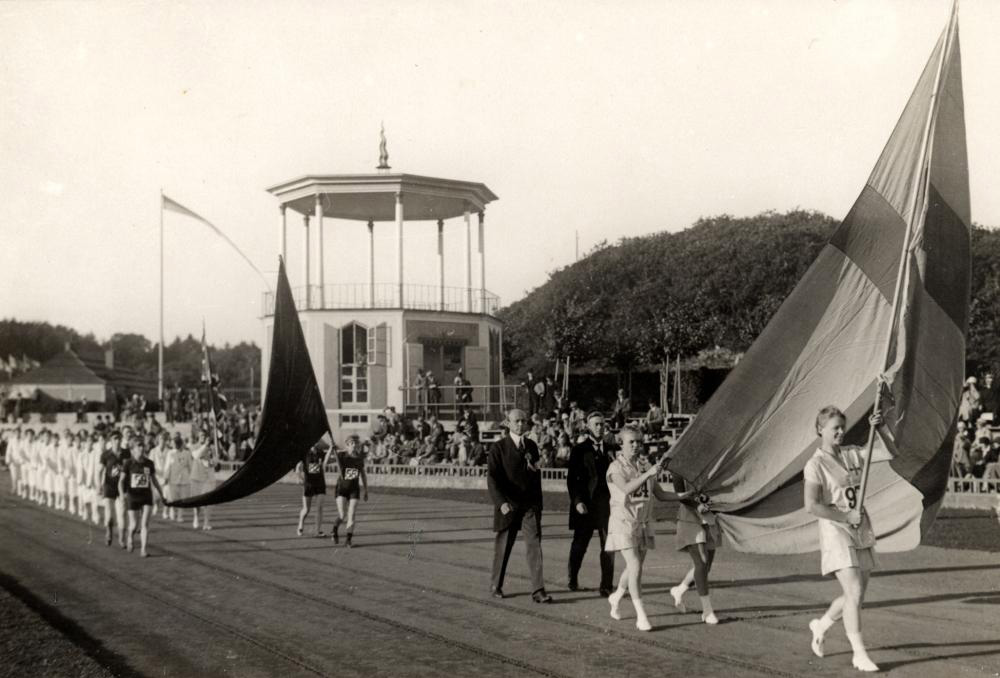 • Netflix’s Stranger Things and the American obsession with the horrors of nature: “Lovecraft saw our ideas about what’s natural and unnatural as hopelessly provincial. In his stories, as soon as we begin to explore the universe, we discover that horror, not beauty, is what’s normal. (‘We live on a placid island of ignorance in the midst of black seas of infinity, and it was not meant that we should voyage far,’ he wrote.)” (The New Yorker Page Turner)

• Women weren’t invited to the 1924 Olympic games—so they started their own. (Atlas Obscura)

• Gertrude Stein does children’s literature: “Rose and Willie are cousins. Rose has a little dog named Love. Willie has a lion named Billie. Willie gives Billie to Rose, but Rose brings Billie back to Willie. Rose decides to go up a mountain, and, bringing her blue chair along, she climbs and climbs, all through the day and all through the night. Along the way, she writes ‘Rose is a rose is a rose’ around a tree. (Trust Stein to advertise her brand on even the most fanciful adventures.) Finally, Rose arrives at the mountaintop, sits in her blue chair, and sings. Even though she’s triumphant, it’s lonely up there. She sees a light coming from another mountain, which turns out to be from Willie, who magically is no longer her cousin. They live happily ever after. The world keeps on being round.” (Slate)

• No one has died of a rattlesnake bite in Massachusetts since 1791. Is that about to change? (New York Review of Books)

• The Transatlantic Trade and Investment Partnership and your dairy case: “In the early 20th century, some European states blocked the importation of foreign products using their names, hoping to protect the integrity of their culinary heritage. Predictably, France was among the first to implement a cohesive system of cultural protections for their cheeses, limiting the use of the name Roquefort in 1925. But other nations like Greece, historically less litigiously finicky about their food, jumped on the boat as well. Starting in the 1930s, you couldn’t sell brined goat or sheep’s cheese under the name ‘feta’ in Greece unless it was verifiably made in specific regions of that nation using exact ratios of sheep’s milk to goat’s milk.” (The Awl)