In my daily walks along the principal street of my native town, it has often occurred to me that if its growth from infancy upward, and the vicissitude of characteristic scenes that have passed along this thoroughfare during the more than two centuries of its existence, could be presented to the eye in a shifting panorama, it would be an exceedingly effective method of illustrating the march of time. Acting on this idea, I have contrived a certain pictorial exhibition, somewhat in the nature of a puppet show, by means of which I propose to call up the multiform and many-colored past before the spectator, and show him the ghosts of his forefathers amid a succession of historic incidents with no greater trouble than the turning of a crank.

“Ting-a-ting-ting!” goes the bell, the curtain rises, and we behold—not, indeed, the Main-street—but the tract of leaf-strewn forestland over which its dusty pavement is hereafter to extend.

This is the ancient and primitive wood—the ever-youthful and venerably old—verdant with new twigs yet hoary, as it were, with the snowfall of innumerable years that have accumulated upon its intermingled branches. The white man’s axe has never smitten a single tree; his footstep has never crumpled a single one of the withered leaves, which all the autumns since the flood have been harvesting beneath. Along through the vista of impending boughs there is already a faintly traced path running nearly east and west, as if a prophecy or foreboding of the future street had stolen into the heart of the solemn old wood. Onward goes this hardly perceptible track, now ascending over a natural swell of land, now subsiding gently into a hollow; traversed here by a little streamlet which glitters like a snake through the gleam of sunshine, and quickly hides itself among the underbrush in its quest for the neighboring cove; and impeded there by the massy corpse of a giant of the forest, which had lived out its incalculable term of life and been overthrown by mere old age, buried in the new vegetation that is born of its decay. What footsteps can have worn this half-seen path? Hark! Do we not hear them now rustling softly over the leaves? We discern an Indian woman—a majestic and queenly woman, or else her spectral image does not represent her truly—for this is the great Squaw Sachem, whose rule, with that of her sons, extends from Mystic to Agawam. That red chief who stalks by her side is Wappacowet, her second husband, the priest and magician whose incantations shall hereafter affright the pale-faced settlers with grisly phantoms, dancing and shrieking in the woods at midnight. But greater would be the affright of the Indian necromancer if, mirrored in the pool of water at his feet, he could catch a prophetic glimpse of the noonday marvels which the white man is destined to achieve; if he could see, as in a dream, the stone front of the stately hall, which will cast its shadow over this very spot; if he could be aware that the future edifice will contain a noble museum where, among countless curiosities of earth and sea, a few Indian arrowheads shall be treasured up as memorials of a vanished race!

No such forebodings disturb the Squaw Sachem and Wappacowet. They pass on beneath the tangled shade, holding high talk on matters of state and religion, and imagine, doubtless, that their own system of affairs will endure forever. Meanwhile, how full of its own proper life is the scene that lies around them! The gray squirrel runs up the trees and rustles among the upper branches. Was not that the leap of a deer? And there is the whirr of a partridge! Methinks I catch the cruel and stealthy eye of a wolf as he draws back into yonder impervious density of underbrush. There amid the murmur of boughs go the Indian queen and the Indian priest while the gloom of the broad wilderness impends over them, and its sombre mystery invests them as with something preternatural; and only momentary streaks of quivering sunlight, once in a great while, find their way down and glimmer among the feathers in their dusky hair. Can it be that the thronged street of a city will ever pass into this twilight solitude—over those soft heaps of the decaying tree trunks and through the swampy places, green with water moss—and penetrate that hopeless entanglement of great trees, which have been uprooted and tossed together by a whirlwind? It has been a wilderness from the creation. Must it not be a wilderness forever? 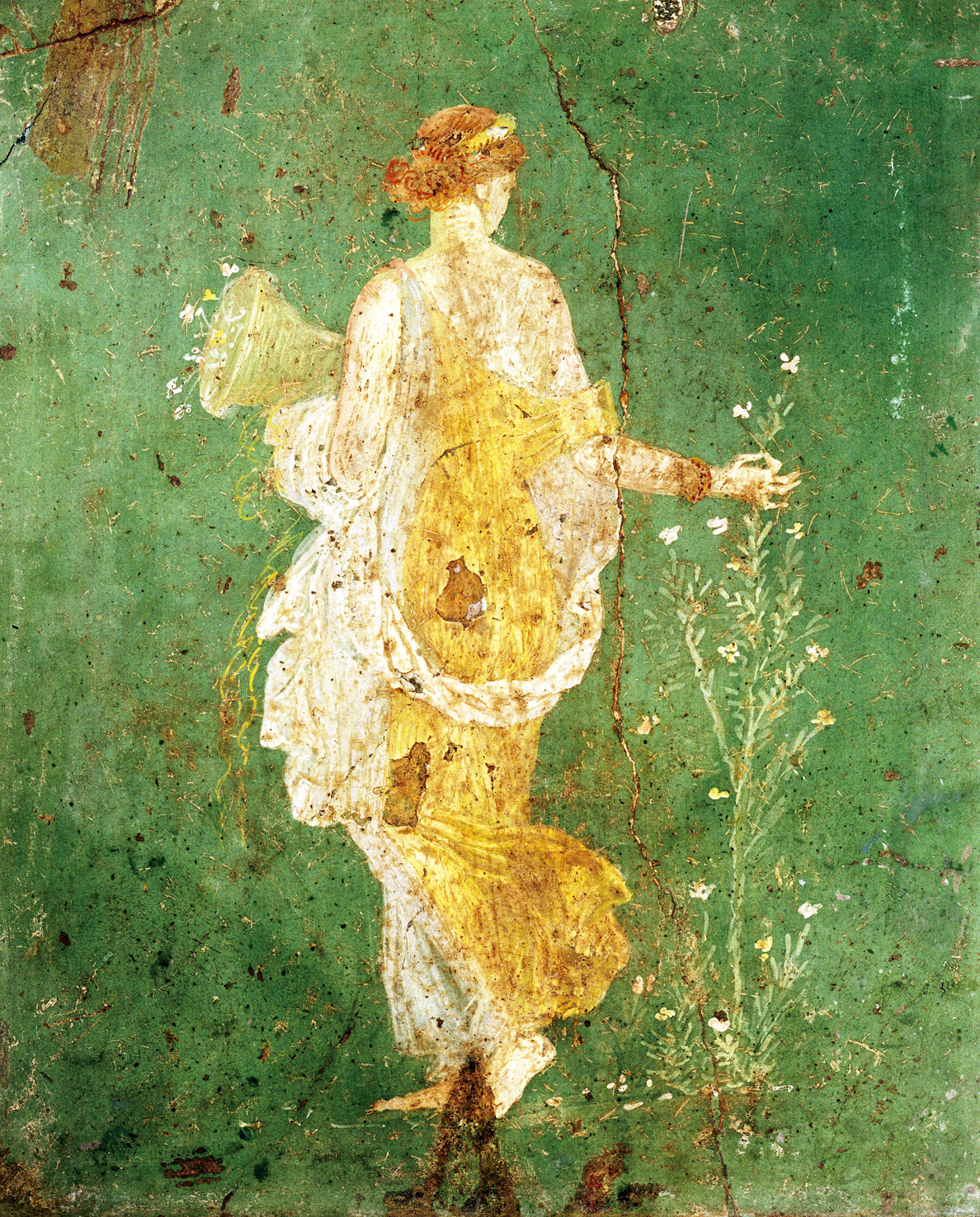 Casting our eyes again over the scene, we perceive that strangers have found their way into the solitary place. In more than one spot among the trees, an upheaved axe is glittering in the sunshine. Roger Conant, the first settler in Naumkeag, has built his dwelling months ago on the border of the forest path, and at this moment he comes eastward through the vista of woods with his gun over his shoulder, bringing home the choice portions of a deer. His stalwart figure, clad in a leathern jerkin and breeches of the same, strides sturdily onward, with such an air of physical force and energy that we might almost expect the very trees to stand aside and give him room to pass. And so they must, for, humble as is his name in history, Roger Conant still is of that class of men who do not merely find but make their place in the system of human affairs; a man of thoughtful strength, he has planted the germ of a city. There stands his habitation, showing in its rough architecture some features of the Indian wigwam, some of the log cabin, and somewhat of the straw-thatched cottage in Old England where this good yeoman had his birth and breeding. The dwelling is surrounded by a cleared space of a few acres where Indian corn grows thrivingly among the stumps of the trees, while the dark forest hems it in and seems to gaze silently and solemnly, as if wondering at the breadth of sunshine which the white man spreads around him. An Indian, half-hidden in the dusky shade, is gazing and wondering too.

Roger Conant has other neighbors within view. Peter Palfrey likewise has built himself a house, and so has Balch, Norman, and Woodbury. Their dwellings—such is the ingenious contriv­ance of this piece of pictorial mechanism—seem to have arisen at various points of the scene, even while we have been looking at it. The forest track, trodden more and more by the hobnailed shoes of these sturdy and ponderous Englishmen, has now a distinctness which it never could have acquired from the light tread of a hundred times as many Indian moccasins. It will be a street, anon. As we observe it now, it goes onward from one clearing to another, here plunging into a shadowy strip of woods, there open to the sunshine, but everywhere showing a decided line along which human interests have begun to hold their career. Over yonder swampy spot, two trees have been felled and laid side by side to make a causeway. In another place, the axe has cleared away a confused intricacy of fallen trees and clustered boughs, which had been tossed together by a hurricane. So now the little children, just beginning to run alone, may trip along the path and not often stumble over an impediment, unless they stray from it to gather wood-berries beneath the trees. And besides the feet of grown people and children, there are the cloven hoofs of a small herd of cows, who seek their subsistence from the native grasses and help to deepen the track of the future thoroughfare. Goats also browse along it and nibble at the twigs that thrust themselves across the way. Not seldom, in its more secluded portions, where the black shadow of the forest strives to hide the trace of human footsteps, stalks a gaunt wolf on the watch for a kid or a young calf; or he fixes his hungry gaze on the group of children gathering berries and can hardly forbear to rush upon them. And the Indians, coming from their distant wigwams to view the white man’s settlement, marvel at the deep track which he makes, and perhaps are saddened by a flitting presentiment that this heavy tread will find its way over all the land; and that the wild woods, the wild wolf, and the wild Indian will alike be trampled beneath it. Even so shall it be. The pavements of the Main-street must be laid over the red man’s grave.

From “Main-street.” Hawthorne’s Puritan great-grandfather presided over the Salem witch trials of the 1690s. The burden of guilt attendant upon the massacre of innocents prompted the great-grandson to tread softly on “the red man’s grave.” Hawthorne rephrased his questions of moral ambivalence and social change in The Scarlet Letter.

Facts on the Ground