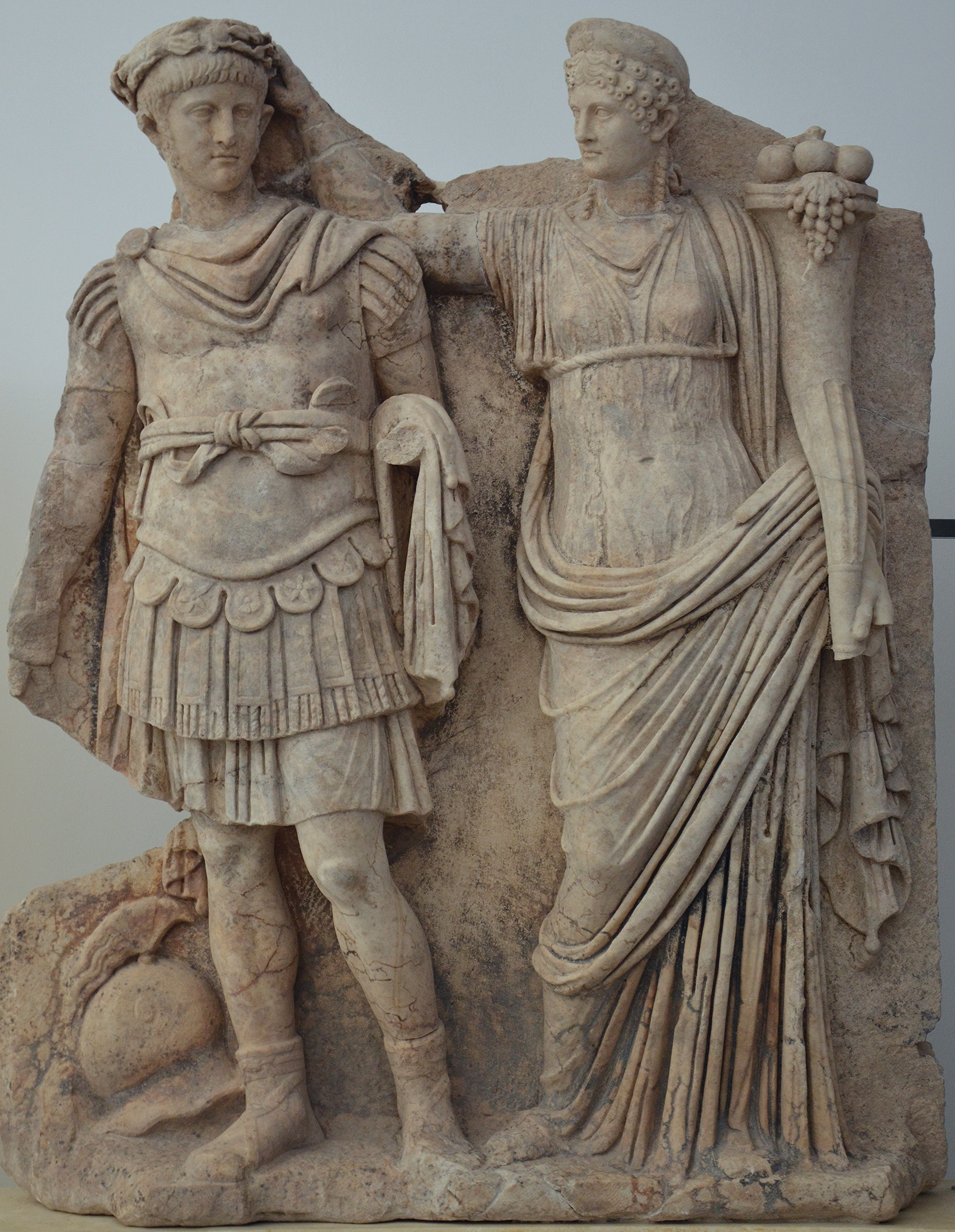 The story of Agrippina’s death is well known, but remains mostly remarkable for the farcical way it was carried out. Had it been dreamed up by a novelist it would be roundly dismissed as a hopelessly implausible and idiotic plot twist.

Suetonius says Nero tried three times to poison his mother but abandoned the plan when he discovered Agrippina had fortified herself with antidotes. The others say that he rejected any idea of poisoning Agrippina for that very reason, not least because he knew she would realize immediately what was happening anyway. A straightforward assault on her with weapons was unlikely to work because not only would it be hard to hide them, but Nero was also worried that anyone ordered to kill Agrippina might refuse. The underlying reason for this was the simple fact that Agrippina was the daughter of the famous general Germanicus, a qualification of such exalted esteem that no self-respecting soldier was likely to agree to her murder. Under such circumstances it began to look as if Agrippina was inviolable. Fortunately for Nero, Agrippina had left a number of enemies in her wake and some of them nursed murderous resentment in their hearts. For Nero’s purposes this was perfect: someone else would surely do his dirty work. Anicetus, a freedman who had formerly been Nero’s tutor, was currently serving as the prefect of the imperial fleet at Misenum and loathed Agrippina with a passion. To this he added the useful attribute of an imaginative mind. For this mission impossible he came up with the idea of a self-destructing boat which would eject Agrippina into the water. Clearly, Anicetus promised, no one could possibly suspect Nero because it would “obviously” have been a simple, but tragic, accident. Nero would then be free to observe all the usual obsequies and posthumous respect a woman of Agrippina’s status deserved. That at least is Tacitus’ version. Dio believed the plot was primarily one dreamed up by Nero and Seneca, the latter either wanting to divert attention from criticisms about his own behavior or to help accelerate Nero’s downfall. They supposedly saw a ship designed to fall apart during a theatrical performance and used that as their inspiration. The exact origins of the idea matter less than the curious subterfuge adopted as a means of avoiding Agrippina’s suspicions. 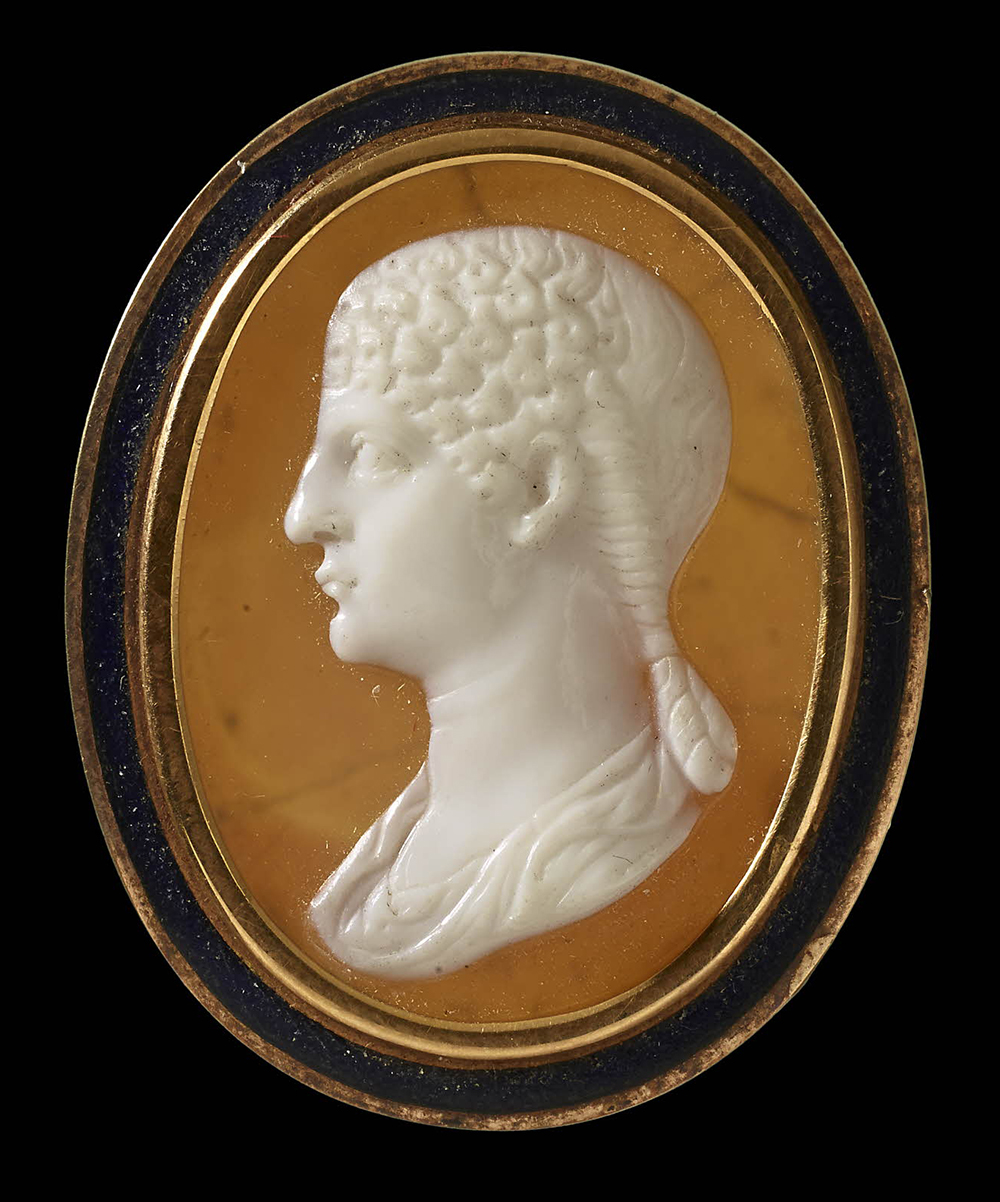 Nero was delighted by the idea of the defective boat, whether he or anyone else had thought of it. He was at the time attending a festival of Minerva called the Quinquatrus, held on March at Baiae on the Bay of Naples. The pretext would be to present the occasion as an opportunity for mother-son reconciliation, which he had been working on by pretending to be as devoted a son as possible. Even better, it was nowhere near Rome. Any harebrained scheme to kill Agrippina in Rome was bound to be exposed. Agrippina duly arrived and was taken by Nero to a nearby villa called Bauli for the period of the festival. A rumor circulated that she had smelled a rat and was on her guard, and was carried to Baiae by road rather than any form of boat or ship. But she seems to have settled into the banquet because Nero had her seated in the place of honor as the most important person there. The banquet over, Nero took her to the rigged boat which duly set sail across the Bay of Naples to take her home. The voyage progressed without incident to begin with until, suddenly, the canopy over Agrippina’s area collapsed, thanks to the lead with which it was roofed. This failed to kill Agrippina and her servant Acerronia Polla because the bed they were lying in had such high sides. The farce continued with the boat’s failure to disintegrate, leaving the crew arguing over how best to make the vessel sink. In the chaos the selfless Acerronia made a futile gesture by insisting that she was Agrippina. She was promptly beaten to death under a hail of blows from pikes and oars, while Agrippina dived overboard and swam for it. She was picked up by some boatmen nearby and taken to her villa.

Agrippina had the presence of mind to realize that her best tactic now would be to pretend to believe that the disaster had all been a genuine accident, while keeping Nero at a distance. She sent a freedman of hers called Agermus to tell Nero that she was safe but that he should not visit her, however scared he might have been by the danger she had been in. She took care to have Acerronia’s will found and her property taken control of. The plan to keep Nero in the dark fell at the first hurdle. He had already been told that Agrippina knew he was the culprit, and was instantly certain she would be looking for vengeance. He turned to Seneca and Burrus, a prefect of the Praetorian Guard. Burrus said there was absolutely no prospect of the Praetorian Guard injuring anyone descended through the imperial family, and a child of Germanicus to boot. It was suggested that Anicetus finish off the job he had started. This was just as well because when he returned from not having killed Agrippina Anicetus was only too happy to take advantage of the offer of a second chance. Agermus arrived with a message from Agrippina but walked right into a trap. A sword was produced and Agermus was immediately framed, accused of having turned up to attack Nero. It was part of a new narrative dreamed up by Nero and his associates: Agrippina had been out to get him by using one of her freedmen, with Agermus conveniently serving as the obliging but unwitting patsy who “proved” the yarn’s veracity. Therefore Agrippina had allegedly chosen death instead out of shame at her own wickedness.

In the meantime Agrippina still had actually to be killed. This turned out to be little more than a technicality.

A crowd of ordinary people had gathered near Agrippina’s villa, distressed at the news of what they had thought was a ghastly accident and believing initially that she was already dead. These rumors turned out to be false, for news broke that she was alive, provoking some misplaced excitement. It was also worrying evidence that Agrippina, for all her political activities and scheming, was clearly still the focus of some general popularity. At that moment Anicetus arrived with an armed band. He broke his way into Agrippina’s villa. She knew the game was up. One of her maidservants turned out to be less generous-minded than Acerronia and absented herself immediately. That left Agrippina with an even clearer sense of betrayal. Anicetus beat Agrippina down and then a centurion finished her off, she famously presenting her belly and demanding to be stabbed there in a symbolic swipe to Nero that he was destroying the very place whence he had been born. Dio supplies her acclamation: “Strike here, Anicetus, strike here, for this bore Nero.”

One might have asked, and people surely did at the time, where Nero was at this crucial moment. The answer is that Otho, the cuckolded husband of Poppaea—Nero’s future wife—obligingly provided the emperor with an alibi by arranging a banquet for the two of them.

Dio says that Nero literally could not believe what had happened, the enormity of the crime being so great that to begin with he denied it was possible. Of course that might simply have been part of the act since he must have been perfectly well aware of what had happened. Either way, he insisted on seeing Agrippina’s corpse. It was said at the time that Nero admired his mother’s lifeless body when he looked at it later that night. He inspected the cadaver with unnatural curiosity, commenting that he had had no idea how beautiful she was. 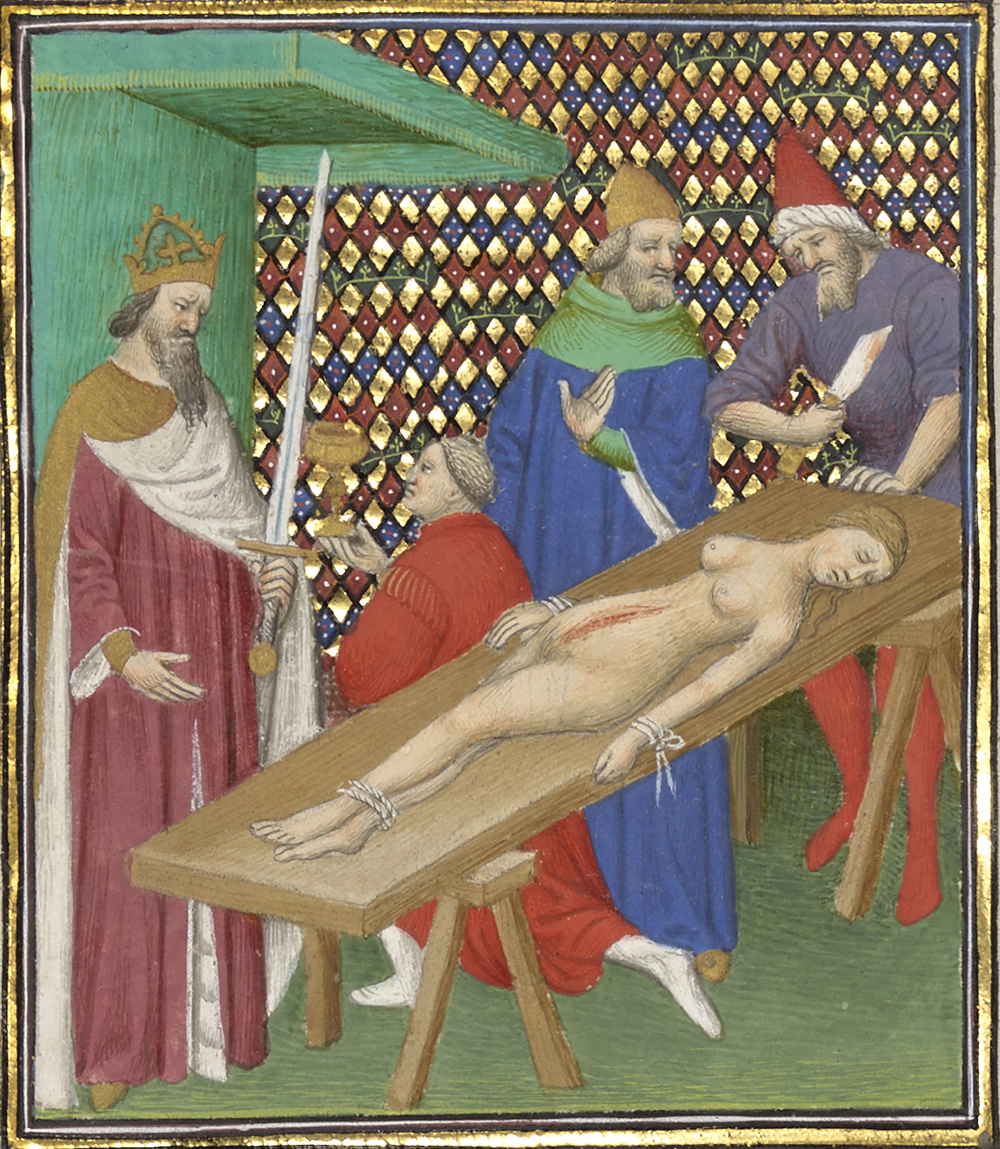 Nero’s reaction in the cold light of day only serves to illustrate how little he had understood of all the factors that had coalesced into the bizarre plans to kill his mother.

Agrippina’s body was gathered up, placed on the type of couch used at a banquet, and cremated that same evening. She was only given a proper burial by some of her loyal staff who interred the ashes in a tomb beside the road to Misenum not far from a villa once owned by Julius Caesar. In a melodramatic moment one of her freedmen, Mnester, committed suicide. It might have been in honor of his former mistress or because he was all too aware what fate Nero might have arranged for him and others like him in Agrippina’s orbit. Agrippina had lived to fulfill a prophecy she had once been given long before that Nero would kill her; to this she had declared, “Let him kill, so long as he rules.” In the long run the killing of Agrippina would define Nero’s memory for generations to come.

Far from Agrippina’s bloody demise bringing him peace of mind, Nero spent the rest of the night in fitful apprehension. He continued to have disturbed nights. As a result he proceeded to move from one of his residences to another in search of peace. He was alone in a way he had never been before, and he was also completely exposed. 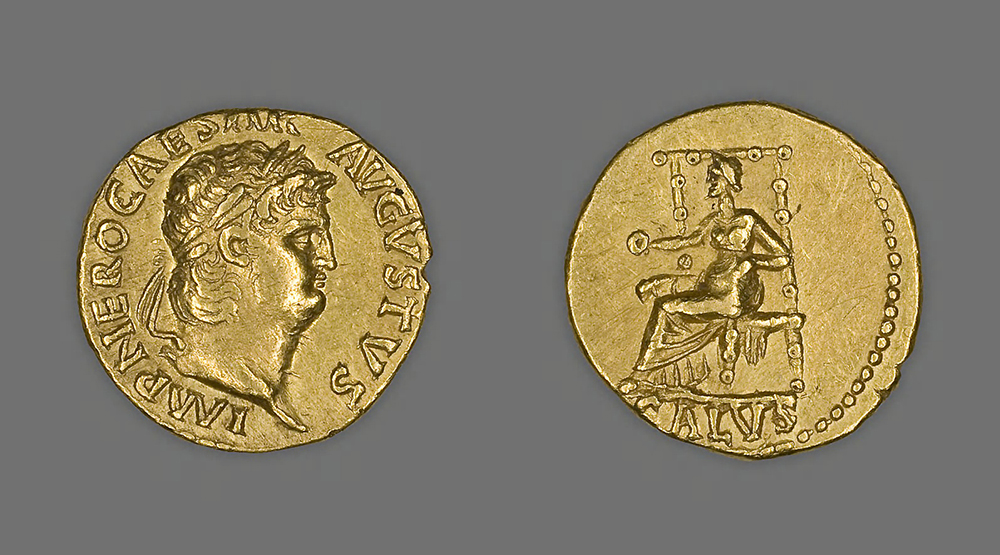 The Neronian spin machine was started up. The only story Nero could put about was the one planned that Agrippina had been plotting against him and so she had paid the penalty for something she had arranged. For good measure Nero threw in various other charges against her. These included her desire to have a partnership in power; that she wanted the Praetorian Guard, Senate, and the people to swear allegiance to her; and how much trouble he had had to go to stop her barging into the Senate or speak to embassies from foreign countries. Together with all that, Nero then also blamed on Agrippina everything that had been wrong with Claudius’ principate. The speech had been composed by Seneca but the mistake was to include a reference to the shipwreck. This was so patently implausible that Tacitus insisted it was tantamount to Nero admitting publicly his culpability.

One of Nero’s first moves as he stumbled his way ahead with his cover story like a blind man with a bad case of the jitters was to pay a cash handout to the Praetorian Guard. Their flexible loyalty was always for sale, but crucially Nero was a member of the Julio-Claudian family, which was an essential asset. Agrippina of course had been too, but by throwing money at the problem Nero found out how easy it was to sell the official version of what had happened and thereby divert the praetorians’ focus onto him. In the event it mattered not one jot whether anyone believed him, just so long as they could be persuaded to accept it in public.

Nero remained extremely worried about whether he would be welcomed at Rome or treated as a pariah. Court sycophants assured him that all would be well because, they said, Agrippina had been hated. It was just what he wanted to hear. Guy de la Bédoyère is a fellow of the Society of Antiquaries and well-known from television appearances. His books include Domina: The Women Who Made Imperial Rome.