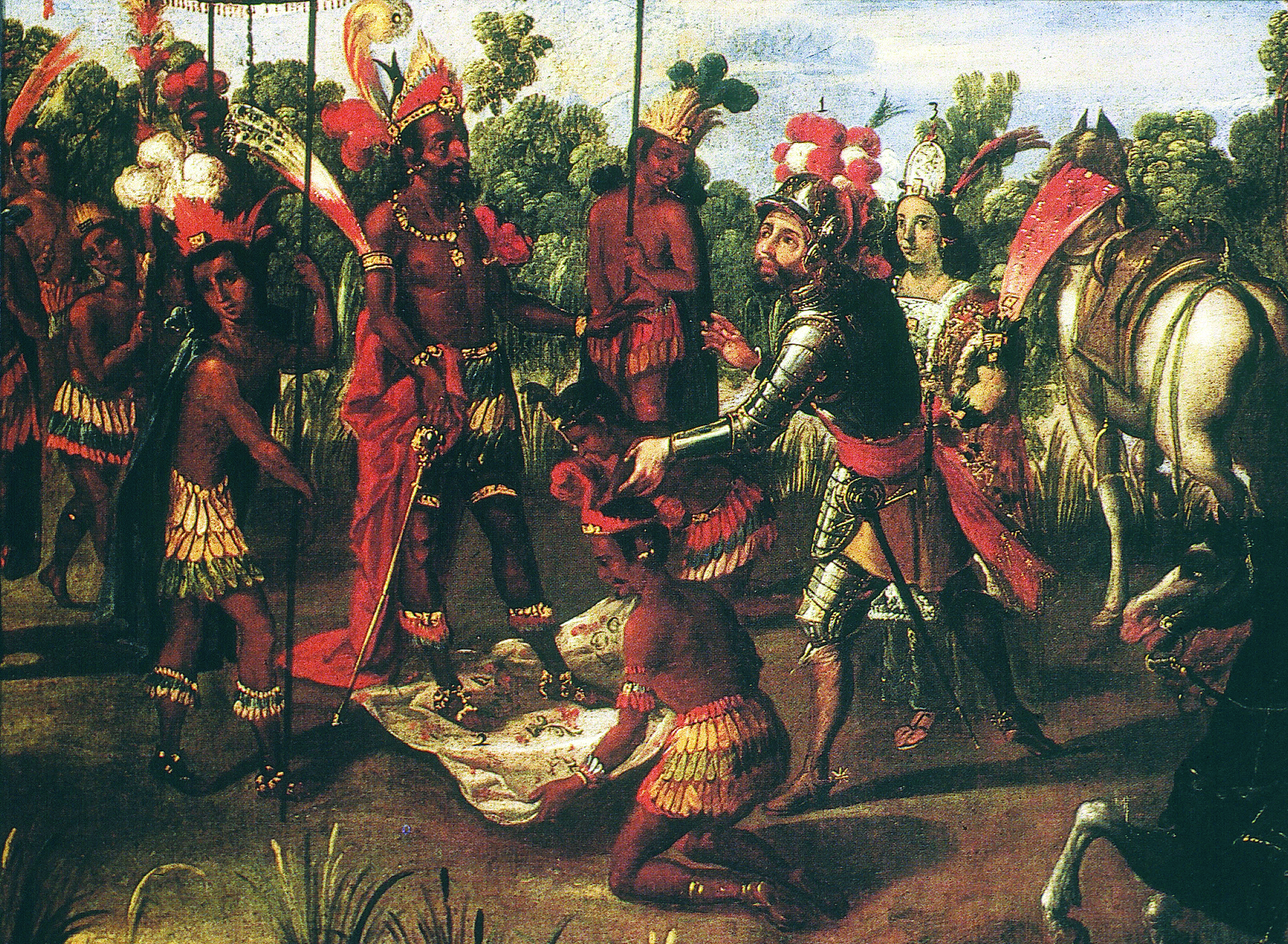 The Meeting of Cortés and Moctezuma (detail), from the Conquest of México series, Mexico, second half of seventeenth century. Library of Congress, Rare Book and Special Collections Division, Jay I. Kislak Collection.

It would become an accepted fact that the indigenous people of Mexico believed Hernando Cortés to be a god, arriving in their land in the year 1519 to satisfy an ancient prophecy. It was understood that Moctezuma (also known as Montezuma II), at heart a coward, trembled in his sandals and quickly despaired of victory. He immediately asked to turn his kingdom over to the divine newcomers, and naturally, the Spaniards happily acquiesced. Eventually, this story was repeated so many times, in so many reputable sources, that the whole world came to believe it.

What really happened when the messengers returned with their report was that Moctezuma sent scouts out to every important town between Tenochtitlan and the coast, and then set up a veritable war room. This is exactly what one would expect him to have done, given his history as a ferociously successful tlatoani who believed wholeheartedly in order, discipline, and information. Years later, a man who had been young at the time remembered: “A report of everything that was happening was given and relayed to Moctezuma. Some of the messengers would be arriving as others were leaving. There was no time when they weren’t listening, when reports weren’t being given.” The scouts even repeated a summary of the religious instruction that was being regularly offered by the Spanish priest and translated by Jerónimo de Aguilar and Marina. When the Spaniards later got to Tenochtitlan and tried to deliver a sermon to Moctezuma, he cut them off, explaining that he was already familiar with their little speech, his messengers having presented it to him in full. 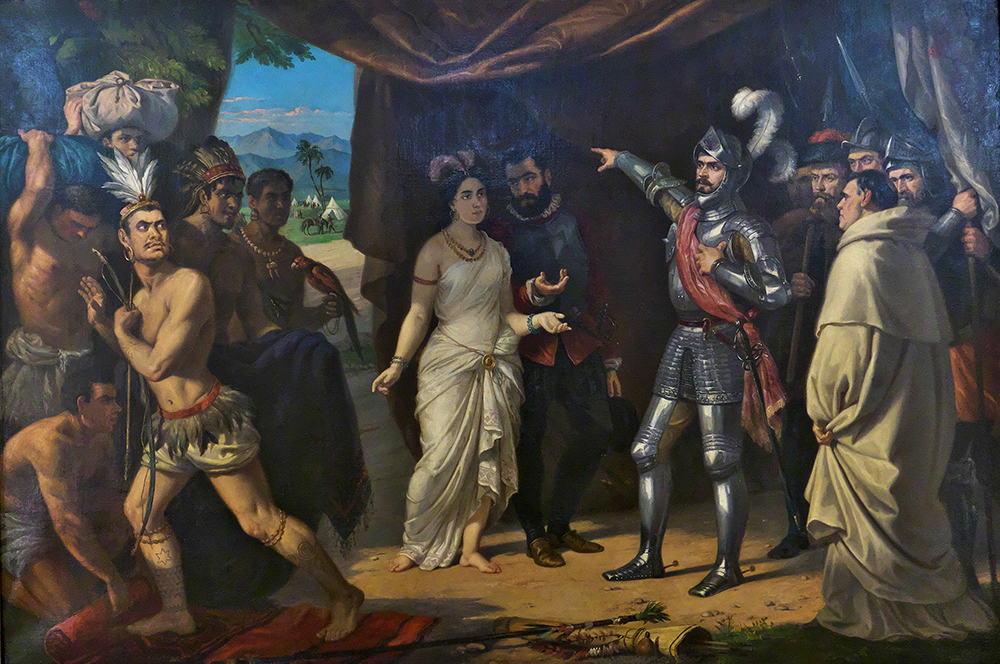 Only one European recorded the events in writing as they were unfolding—or at least, only one account from that time has survived. Hernando Cortés himself penned a series of letters that he sent back to the king of Spain between 1519 and 1525. These are our only existing direct source, all other commentaries having been written years later when their authors were older men and the events deep in the past. And in his letters, written on the spot, Cortés never claimed that he was perceived as a god.

The idea first appeared, albeit in somewhat incoherent form, in some writings by Europeans in the 1540s. Fray Toribio de Benavente wrote of the indigenous observers’ purported understanding: “Their god was coming, and because of the white sails, they said he was bringing by sea his own temples.” Then, remembering that he had earlier claimed that all the Spaniards were supposed to have been gods, the priest quickly added, “When they disembarked, they said that it was not their god, but rather many gods.” It was a deeply satisfying concept to this European author and his readers. In such a scenario, the white men had nothing to feel remorse about, no matter how much the Indians had suffered since their arrival. The Europeans had not only been welcomed, they had been worshipped.

In retrospect, the story of Cortés being mistaken for a god seems so obviously self-serving and even predictable that one has to wonder why it was believed for so long. In a fascinating turn of events, by the 1560s and ’70s, some of the Indians themselves were beginning to offer up the story as fact. The first ones to do so were the students of the very Franciscan friars who had originally touted the idea. The young indigenous writers were from elite families, the same ones who, forty or fifty years earlier had lost everything with the arrival of the Spaniards. And they were longing for an explanation. How had their once all-powerful fathers and grandfathers sunk so low? They were intimately acquainted with both sets of people—their Mexica families and their European teachers. They knew them both too well to believe that their own people were simply inferior, necessarily weaker or less intelligent than Europeans. Their own personal experience taught them that this was definitely not the case. 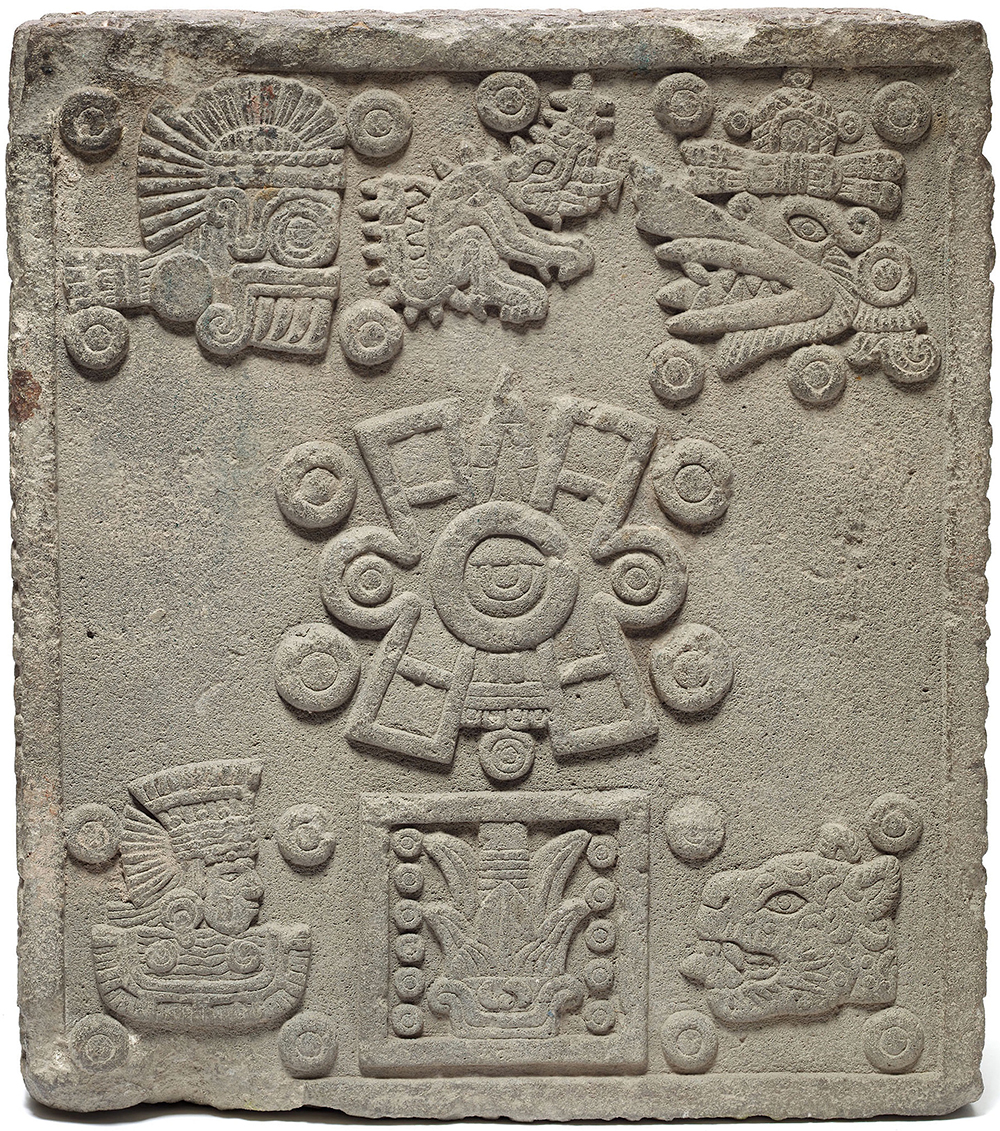 Here, however, was an explanation. God had been on the side of the Christians, of course; their own immediate ancestors had been trapped by their own loyalty to a blinding faith, tragically imprisoned in their own religiosity. The students of the Franciscan friar Bernardino de Sahagún, author of the Florentine Codex, beginning in the 1560s and ’70s, wrote down what no indigenous person had ever said before—namely, that their forefathers had been paralyzed even before 1519 by the appearance of a variety of terrifying omens. Interestingly, the stories they told bore a distinct resemblance to the narrations in certain Greek and Latin texts that were in the Franciscan school library. They waxed eloquent in their tales of pillars of fire and a trembling king. A few pages later, the students turned to a new phase of the project and began to write down what certain old men who had actually participated in the events had to say, and then both the substance and the tone of their writings changed dramatically. They became much more specific and the indigenous people they described much more pragmatic. “At the first shot the wall did not give way, but the second time it began to crumble,” someone remembered, for instance. Gone were the pillars of fire.

The students weren’t done with the subject of influential prophecies, however. They liked an idea that one of their teachers had offered, which was that the great schism that had occurred in ancient Tula, present in so many of their early histories, had really been a battle between a brutal leader who believed in human sacrifice and a peaceful one who did not—one who was in effect an early Christian, unbeknownst even to himself. The group that had wandered away to the east had been following the peaceful leader. If they decided the man’s name was not Huemac, as a leading culture hero of numerous ancient stories was called, but rather Quetzalcoatl, as the former teacher fray Toribio was the first one to suggest, the story would work perfectly, as one of the many year signs associated with the god Quetzalcoatl corresponded to 1519. The mortal man could have become a god and been expected to return then. Unfortunately, the students got the matter a bit confused. From their people’s own records, they knew of the arrivals along the coast in the two preceding years, and they said it was the second captain who was thought to be Quetzalcoatl returning from the east. That one was actually Juan de Grijalva, sailing in 1518, not Cortés arriving in 1519. But no matter. The gist of the story was there, and it could be taken up in generations to come and embellished as much as future authors saw fit to do. 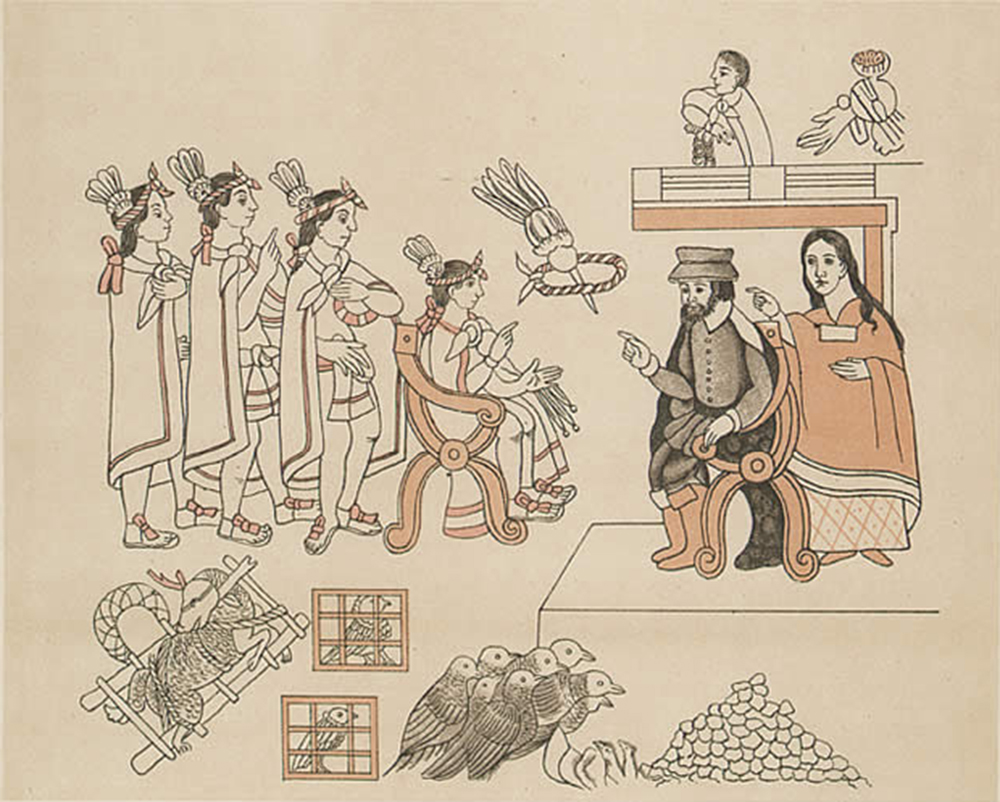 None of the original Nahua histories written down by the earliest generation of students in the privacy of their own homes had said anything like this. In fact, none of the elements ring true, given what we know about Mexica culture. The Mexica did not believe in people becoming gods, or in gods coming to earth only in one particular year, or in anybody having a preordained right to conquer them. They didn’t consider Quetzalcoatl to be their major deity (like the Cholulans did) or originally associate him with an abhorrence of human sacrifice. When we add the fact that we can actually watch the story’s birth and evolution in European-authored and European-influenced works, the case for its being a later fabrication seems closed.

However, even if the notion that the Mexica mistook Cortés for the god Quetzalcoatl is discounted, the fact remains that they did refer to the Spaniards for a number of years as teules. Beginning a generation later, Spanish writers delighted in this, as it was a bastardization of the Nahuatl word teotl, meaning “god.” But the word carried other connotations as well. In religious ceremonies, a teotl was a representative of the god, destined for sacrifice. In certain other contexts, the word implied strange and unearthly power, such as some sorcerers or priests might wield. At the time, the Europeans seemed to understand this: in an early letter back to Cortés, the Spanish king instructed him to take special care to convert the Indians’ political leaders (their “señores,” he said) as well as their priests (their “teules,” he called them). Later generations, however, forgot what the Spaniards had initially understood about the word’s use, probably because they hadn’t seen the chaos and confusion of the earliest interactions. In general, the Nahuas struggled to come up with terms that would apply to the Spaniards. In their world, everybody was named for the place from which they came (the Tenochca from Tenochtitlan, the Tlaxcalteca from Tlaxcala, the Culhuaque from Culhuacan, etc.). If a person’s geographical origins were unknown, then it wasn’t clear what to call him. The newcomers presented a problem in this regard. The only element that rapidly became clear was that the strangers considered themselves to be representatives of their god. That made sense to the Nahuas. Until they were certain what the name of the newcomers’ god was—and the strangers used a confusing array of terms—it apparently seemed most logical to refer to them by a word that conveyed they were the representatives of a revered divinity.

Camilla Townsend is Distinguished Professor of History at Rutgers University. She is the author of numerous books, including Malintzin’s Choices: An Indian Woman in the Conquest of Mexico, Pocahontas and the Powhatan Dilemma, The Annals of Native America: How the Nahuas of Colonial Mexico Kept Their History Alive, and Fifth Sun: A New History of the Aztecs, which have won multiple prizes, among them the Albert J. Beveridge Award awarded by the American Historical Association.