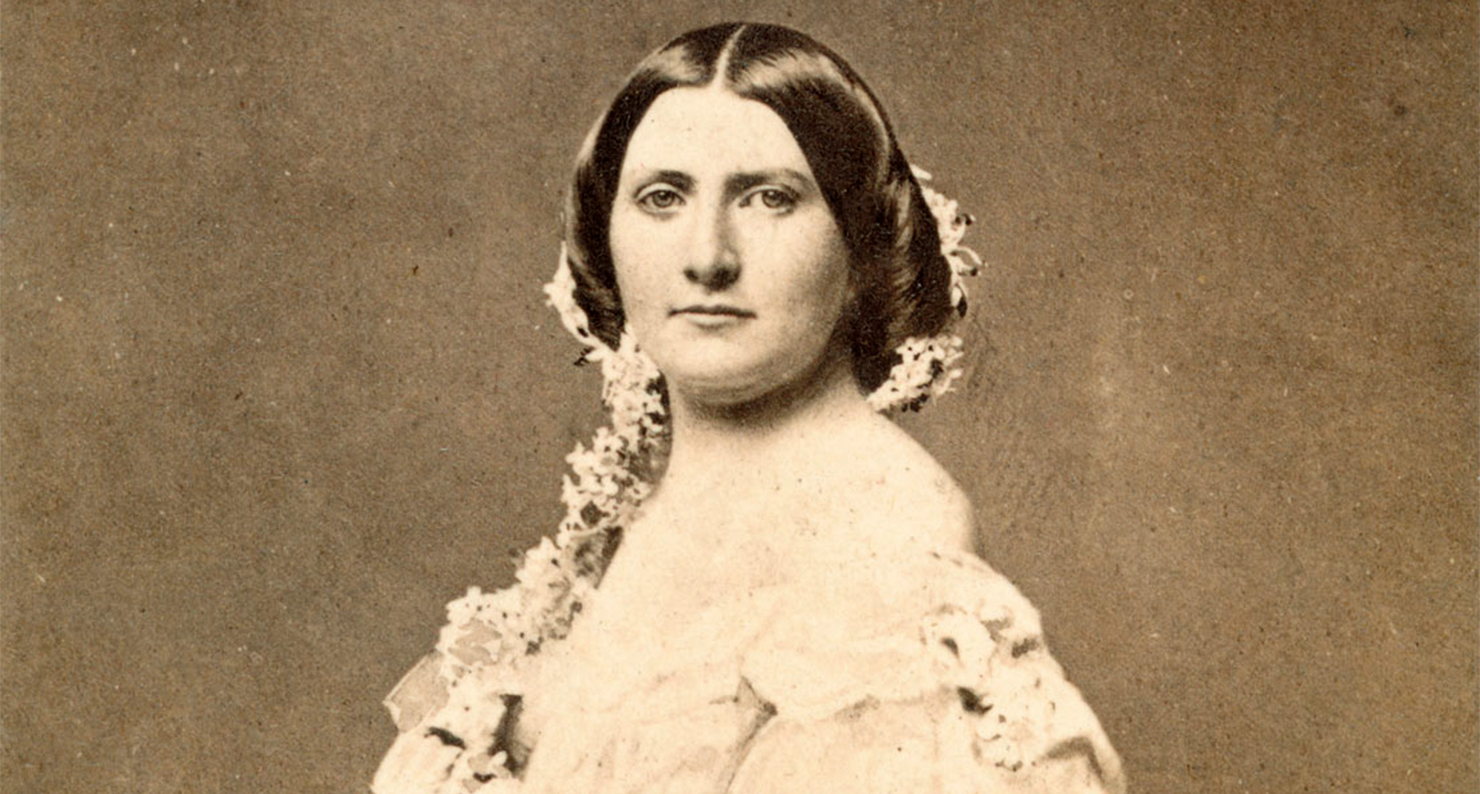 At an Iowa campaign stop in August 2012, President Barack Obama, speaking of his beloved family, modestly placed himself at the bottom of the Obama household roster: “I don’t usually like to follow her as a speaker,” he said of his wife Michelle, “because, let’s face it, on the charisma ratings in my household, you have her, the girls, Bo, and then, and then my mother-in-law and then me.”

Obama’s bowing to his wife’s popularity was more than just lip service. The First Lady’s every move is watched by both the political and celebrity press; her conversation skills are cited as key to the president’s hosting of foreign dignitaries, and countless blogs devoted to her sartorial choices parse the underlying meaning of cardigan versus jacket at public appearances. The First Lady—whose title is widely acknowledged as having been initially bestowed upon Lucy Webb Hayes, wife of Rutherford B. Hayes, though it is used retroactively to discuss prior holders of the job—is an indispensible part of any presidential administration, and yet the president’s having of a wife was not always something to be counted upon.

During the first sixty years of the nation’s existence, six presidents found themselves elected to the highest office with no wife to join them in Washington. But the idea of going to the White House without an official hostess, meant to help organize state events and preside over Washington social society, was unthinkable. Sisters, nieces, and daughters-in-law were called upon to fill the role, and while most did so uneventfully, there are two who used their positions (and the fact that they were not cleaved to the president by marriage) to significantly shape the course of national politics.

James Buchanan, the only president to remain a bachelor his entire life, brought as his White House companion his niece Harriet Lane. The daughter of relatives less well off than Buchanan, Lane had accompanied the new president to London when he was posted there as an ambassador to St. James and saw, as did her family, her position as his designated female escort as a chance to elevate her social standing and, eventually, find a suitable husband.

Washington (and, soon after, the rest of the country) was infatuated with Lane. Her choice of inaugural gown, with a neckline some two inches lower than was the custom of the period, sparked a sharp demand for similar gowns, and descriptions of her beauty were abundant:

Miss Lane is rather below the medium height, but has a fine figure, and is of that blonde type of Saxon beauty so familiar to Christendom since the multiplication of portraits of Queen Victoria. She wore a white dress trimmed with artificial flowers similar to those which ornamented her hair, and clasping her throat was a necklace of many strands of seed-pearls.

And yet Miss Lane’s talents were not all wrapped up in aesthetics. As the nation’s hostess in a time when that job did not come with a social secretary and an event planner, she was responsible for seating arrangements at official White House dinners. It was a job fraught with tension, as relations between North and South spiraled into disaster during her uncle’s presidency. Lane, of course, was close to her uncle, but in this especially thorny period of social interaction benefited greatly from being his niece and not his wife. She was, as a single, vivacious young woman, allowed to be equally friendly with families across the political divide without seeming to favor one over another. By all accounts she performed admirably, eliciting compliments from those most antagonistic to the Union. A record of White House social history points out that “so exceedingly brilliant was her reign that Jefferson Davis wrote saying that ‘the White House under the administration of Buchanan approached more nearly to my idea of a Republican Court than the President’s house had ever done before since the days of Washington.’”

Lane was fiercely devoted to her uncle, waiting to marry until she herself was thirty-seven and his tenure as president had long since ended, but she continued to be remembered by an adoring public—several Navy ships bore her name (one still does), and First Ladies through the early twentieth century saw their successes compared to hers.

Alas, not all women chosen to preside over the White House were as much of an asset as Lane. Andrew Jackson, whose wife Rachel died in 1828, chose as the official White House hostess his niece Emily Donelson. An 1830 New Year’s party Donelson threw marked the official end of the mourning period for Jackson’s wife, and Donelson quickly became, at the age of twenty-one, the queen bee of the burgeoning Washington social scene. However, her social success soon begat a scandal, and the Jackson administration was thrown into turmoil. In 1831, Senator John Eaton, a Jackson intimate and a recent widower, married Margaret “Peggy” Timberlake, the daughter of a Washington boarding-house owner and herself a recent widow. Feeling the match unsuitable and insisting proper mourning custom had been defied by the rushed marriage, the wives of Jackson’s closest associates closed ranks upon the new Mrs. Eaton and refused to see her socially. Margaret Bayard Smith, a Washington socialite, wrote to a friend on the subject of Eaton’s snubbing:

A stand, a noble stand, I may say, since it is a stand taken against power and favoritism, has been made by the ladies of Washington, and not even the President’s wishes, in favor of his dearest, personal friend, can influence them to violate the respect due to virtue, by visiting one, who has left her strait and narrow path. With the exception of two or three timid and rather insignificant personages, who trembled for their husband’s offices, not a lady has visited her, and so far from being inducted into the President’s house, she is, I am told scarcely noticed by the females of his family.

His own late wife having been plagued by rumors and scandal—Rachel Jackson was, upon her marriage to Andrew, still legally wed to her first husband—Jackson begged his niece, as the lady with highest social standing in the city, to receive Mrs. Eaton into her society. But the twenty-one-year-old Emily, backed by the wives of Vice President John C. Calhoun and other political figures, refused. As White House hostess, Emily was duty-bound to assist Jackson in social endeavors, but her position as niece and not wife allowed her the freedom to stand in opposition to Jackson on this matter—they were not a traditional family unit, and indeed Donelson, on more than one occasion, fled the White House for her native Tennessee so as to avoid having to discuss the matter.

Martin Van Buren (who, incidentally, was also unmarried) stood with the president on the Eaton matter, but he was virtually alone, and in the spring of 1831, all but one of Jackson’s cabinet resigned. Emily Donelson, who had ceased speaking to her uncle upon his refusal to back her desire to exclude Mrs. Eaton from society, declined to continue serving as White House hostess and was replaced by the president’s daughter-in-law, but the damage was already done. John C. Calhoun, who felt his political fortunes decline as a result of Jackson’s opposition to the stance taken by Mrs. Calhoun, returned to South Carolina, was elected as that state’s senator, and became an ardent champion of states’ rights and the eventual secession of the Southern states. The Petticoat Affair, as the whole debacle came to be known, was a fly in Jackson's ointment until his death in 1845 and was immortalized on the silver screen as The Gorgeous Hussy, a tarted-up version of the story starring Joan Crawford as the Peggy Eaton character and Lionel Barrymore as Jackson.

In their tenures as First Lady, Martha Jefferson Randolph (daughter to Thomas Jefferson), Angelica Singleton Van Buren (daughter-in-law to Martin Van Buren), Priscilla Cooper Tyler (niece of John Tyler), Mary Arthur McElroy (sister to Grover Cleveland), and Margaret Wilson (daughter of Woodrow Wilson,) all answered the call of relative and country to assume the duties as White House hostess and served mostly without incident, navigating the interpersonal responsibilities of the job. Harriet Lane and Emily Donelson, though, made their mark on the presidency and the nation by using their status and peculiar positions to wield influence—for good, and for gossip.