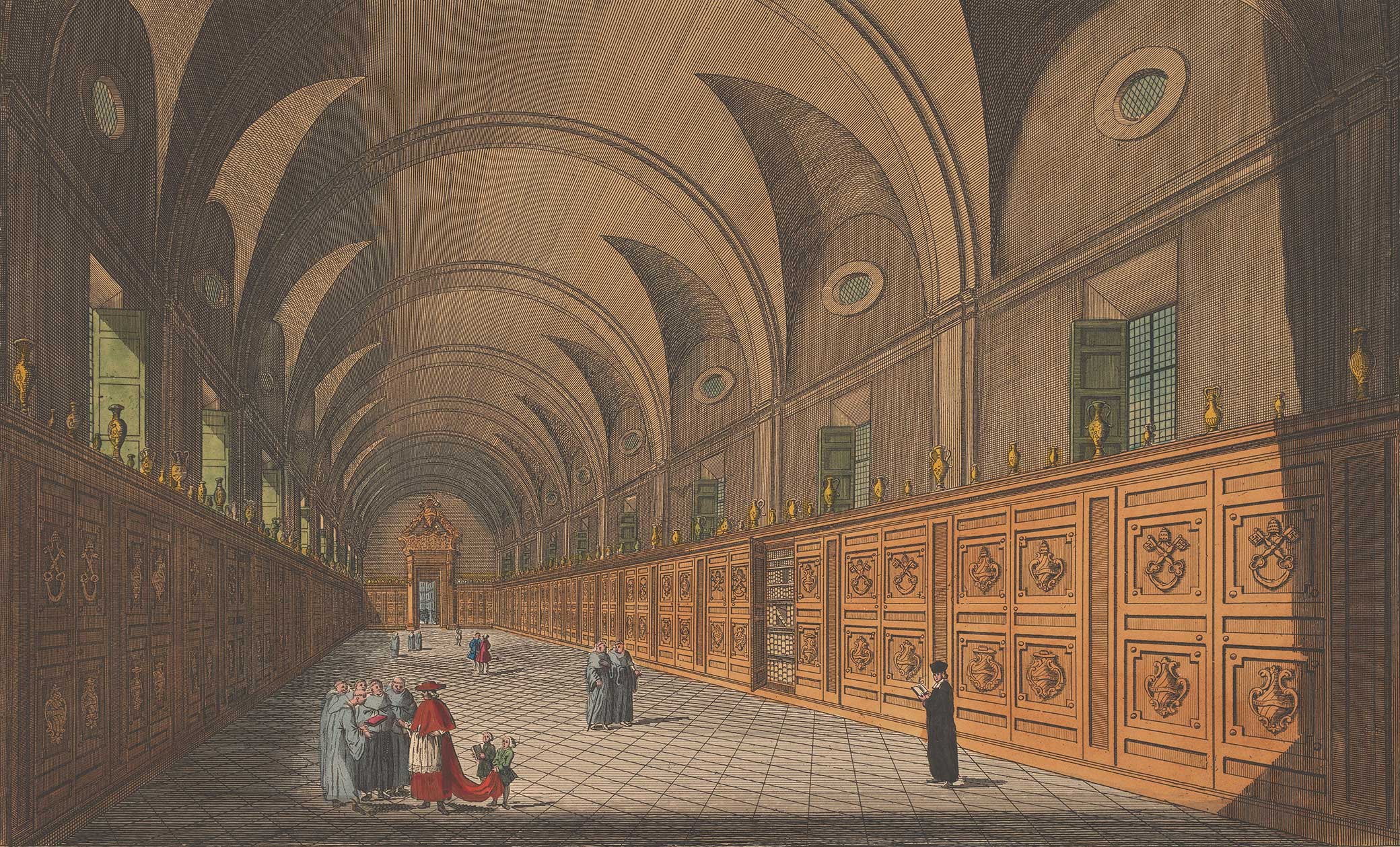 The New Gallery of the Vatican Library at Rome, by anonymous, after Giuseppe Vasi, 1794. Rijksmuseum.

In the nineteenth century some librarians became preoccupied with the morality or lack thereof displayed in some of their texts. Consequently a number of libraries created special shelf marks or locations for restricted books to ensure that only readers with a proper academic purpose might access them. Below is a summary of some of the methods used to categorize restricted titles in libraries.

The British Library’s “Private Case”
In the British Library (or British Museum Library as it was then) it was John Winter Jones, Keeper of Printed Books from 1856, who was responsible for the crea­tion of the “Private Case.” Titles that were deemed subversive, heretical, libelous, contained state secrets, or were considered obscene were kept out of the general catalogue, stored in separate shelving, and marked with the shelf mark category “PC” (for private case). By far the majority of books in the private case were pornographic or erotic texts. It is rumored that by the mid-1960s the case contained over five thousand such texts, including George Witt’s collection of books on phallicism and Charles Reginald Dawes’ collection of French erotica 1880–1930. What was unusual about the Private Case was that it was so secretive: none of the books at that time was recorded in any catalogue, as if the collection didn’t exist. Since 1983 all books that were once in the Private Case have been listed in the catalogue and many have been returned to the main collection, although librarians may still check that a reader needs to consult some of the more scandalous titles for academic reasons. 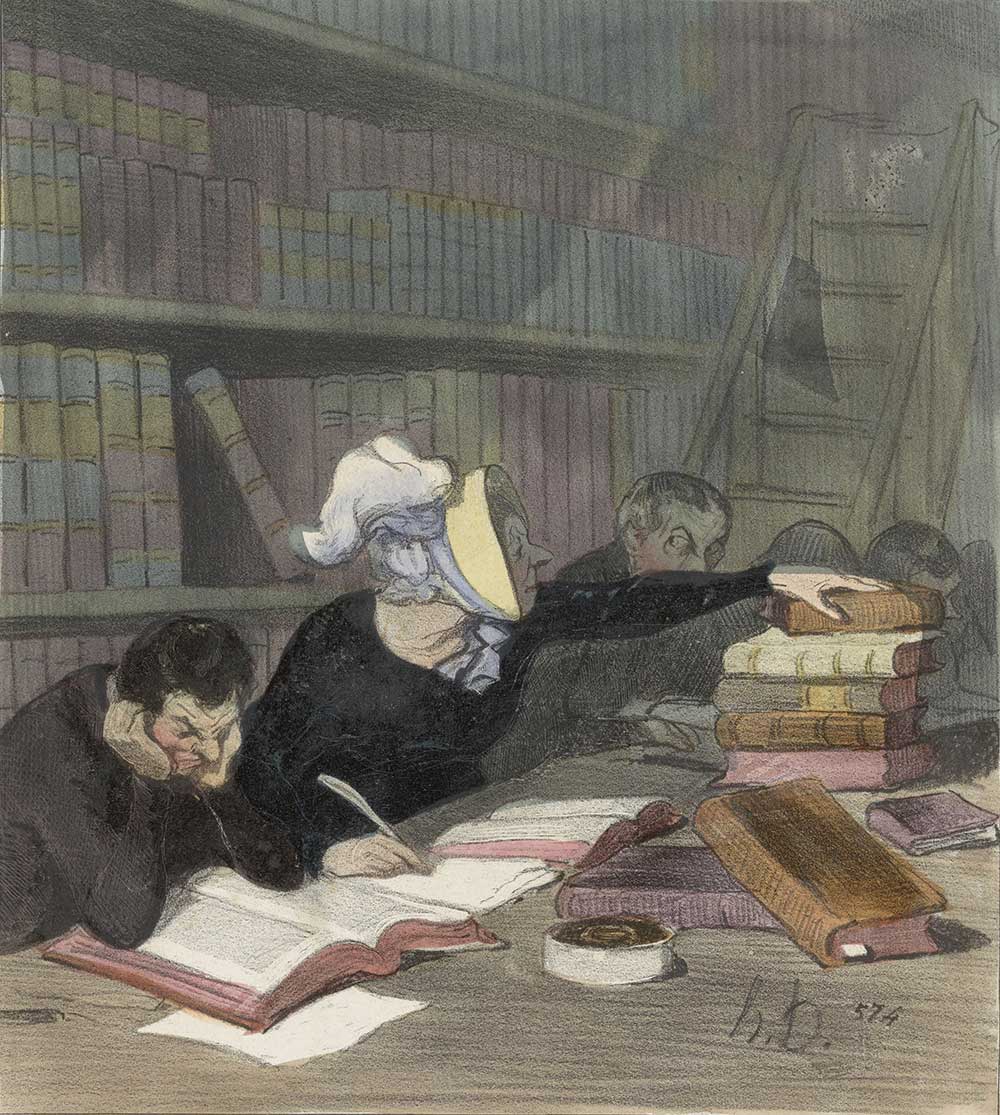 Bibliothèque Nationale de France, L’Enfer
L’Enfer, which translates as “the hell,” was created in 1830 to house the French national library’s large collection of erotica and books considered “contrary to good morals.” Many of the works were obtained by the library through confiscation, and fortunately the librarians had the foresight to preserve these scandal­ous texts. The collection was largely kept private and was only fully catalogued in 1913, recording some 855 titles. Modern pornographic magazines and erotic fiction do not get cast into L’Enfer: it is only for rare works or works of cultural significance, such as a handwritten copy of the Marquis de Sade’s Les Infortunes de la Vertu (1787) and Story of O by Pauline Réage (1954). In 2007 the library put on a public exhibition of some of the more fascinating (and titillating) texts in L’Enfer, finally granting the public a glimpse of this hidden collection.

New York Public Library Triple-Star Collection
In the New York Public Library obscene works were hand-marked ***, which indicated that, in order for them to be consulted, a reader must be supervised. This system, which began in the mid-twentieth century, caused certain titles to be locked in caged shelves; it meant that the items could only be consulted in a small restricted part of the reading rooms after special permission was granted. 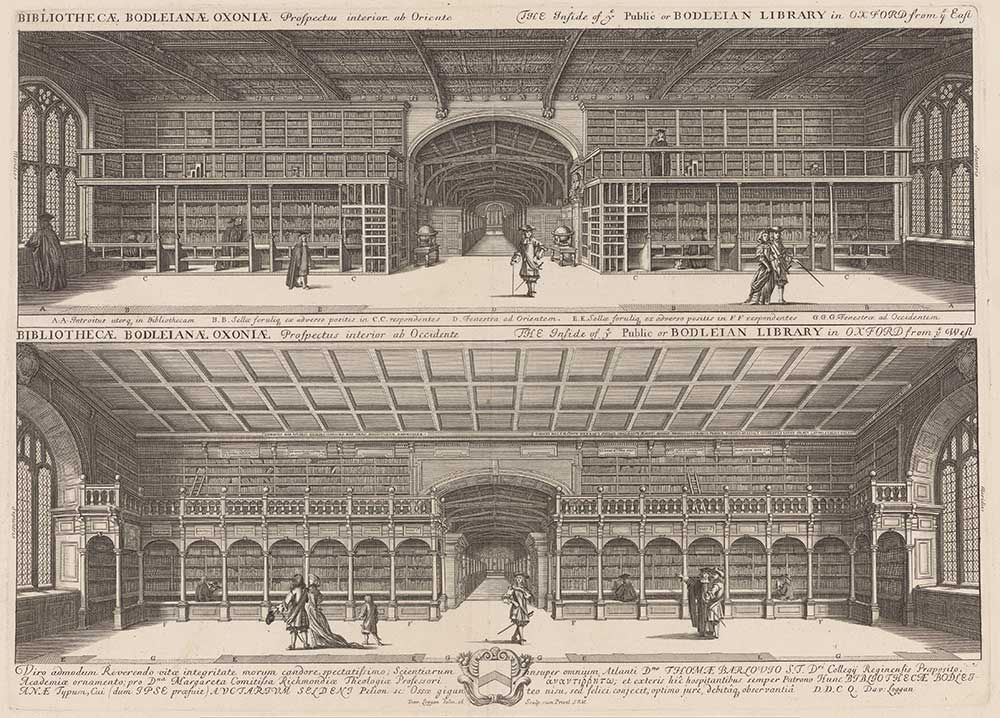 Bodleian Library Phi Collection
The restricted collection in the Bodleian Library was created by E.W.B. Nicholson, Bodley’s Librarian 1886–1913. No one is quite sure why it was named after the Greek letter phi, but some suggested it was because it sounds like “fie!,” which you might exclaim when asked to retrieve a book from this collection, or perhaps it stems from the first letter “phi” of the Greek phaula or phaulos, meaning worthless, wicked, or base. The col­lection included pornography alongside works of sexual pathology. Students needed to ask a tutor to confirm their academic need for a book before the librarians would let them consult any texts with a phi shelf mark. Today many of the books have been reclassified into the general collection, but the phi shelf mark persists, for example to classify the pornographic magazine Razzle.

Harvard’s Widener Library “XR” Collection
The Widener Library still holds its restricted collec­tion behind a locked copper door in the basement of the library, not because they still want to hide the collection but simply because no one has the time to redistribute the collection back into main circulation. The collection was thought to have been set up in the 1950s after a sociology professor complained that many texts he needed for his class were missing or defaced (the Playboy centerfold was apparently always going astray): thus the restricted collection was created to protect and preserve rather than to censor. The X part of the shelf mark does not stand for X-rated but indicates that the books are unusual; the R part stands for “restricted.” The collection was added to only for a thirty-year period and is now a closed shelf mark; however, its classification reveals something of the social attitudes of the times toward titles such as The Passions and Lechery of Catherine the Great (1971) and D.H. Lawrence’s Lady Chatterley’s Lover (1928).

Claire Cock-Starkey’s books include Hyphens & Hashtags*; A Museum Miscellany; The Real McCoy and 149 Other Eponyms; A Library Miscellany; Bodleianalia; and Penguins, Pineapples, and Pangolins.